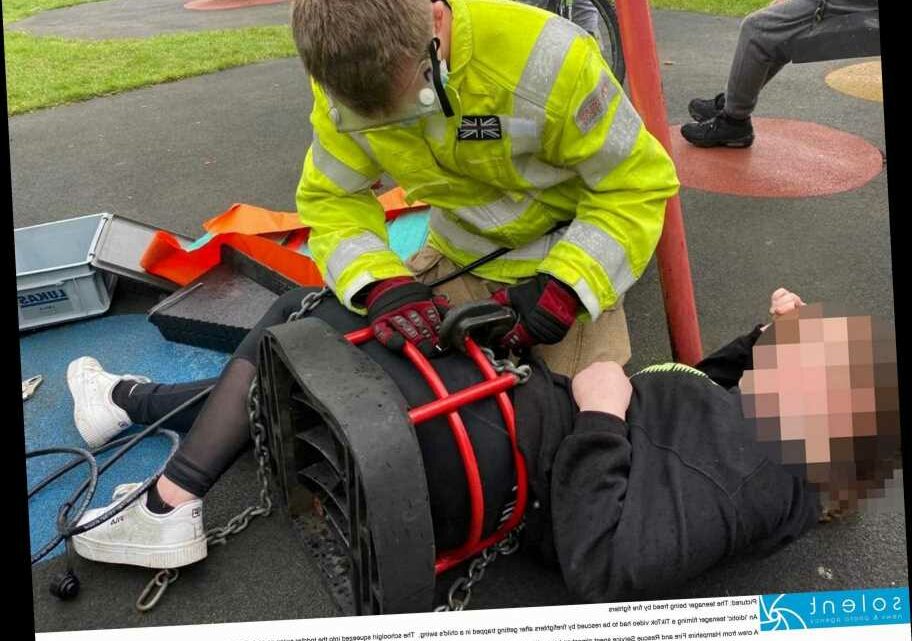 An 'idiotic' teenager filming a TikTok video has been slammed by firefighters after she got trapped in a child's swing.

The schoolgirl squeezed into the toddler's swing as part of TikTok's latest craze, but she quickly became trapped. 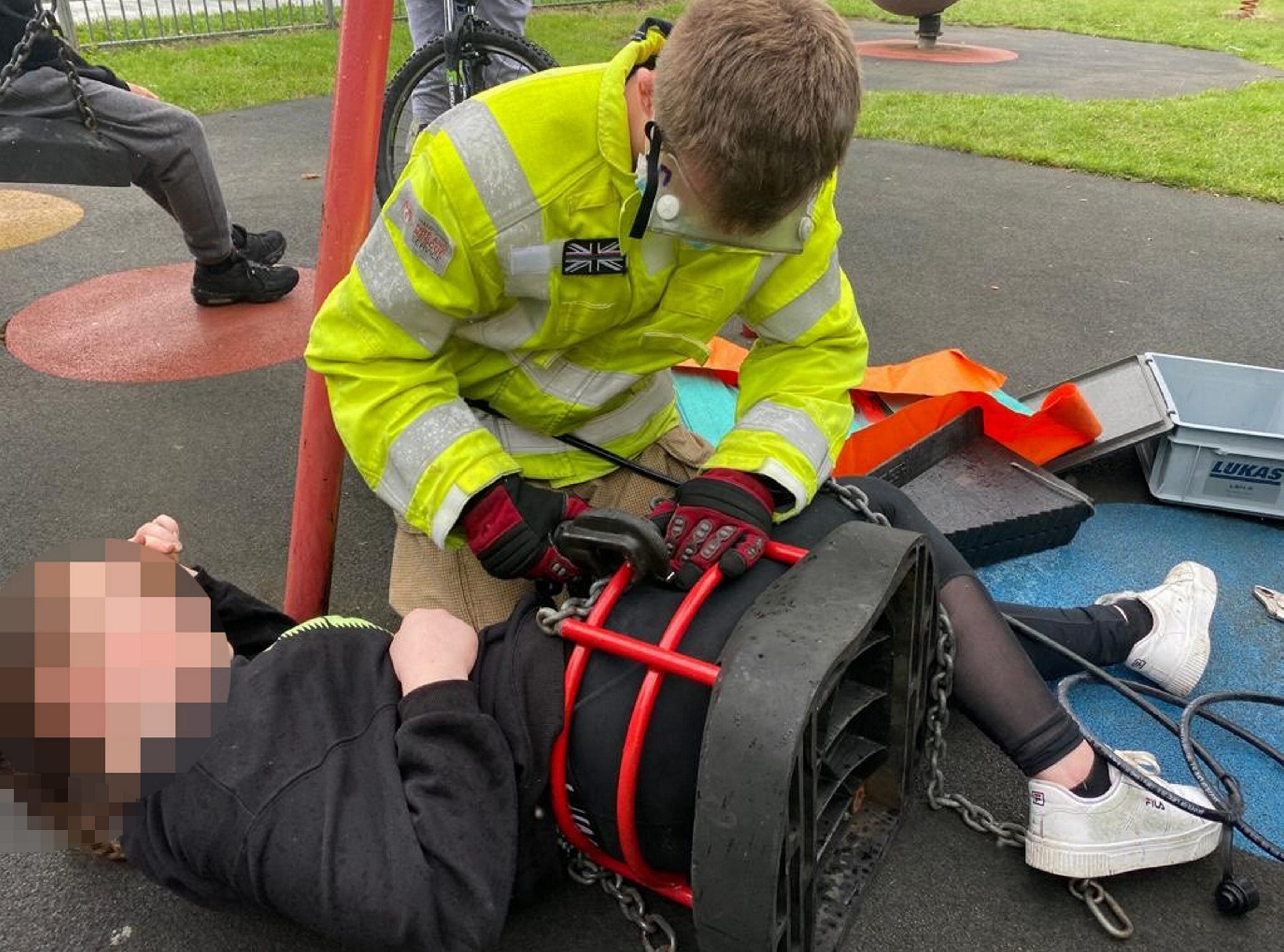 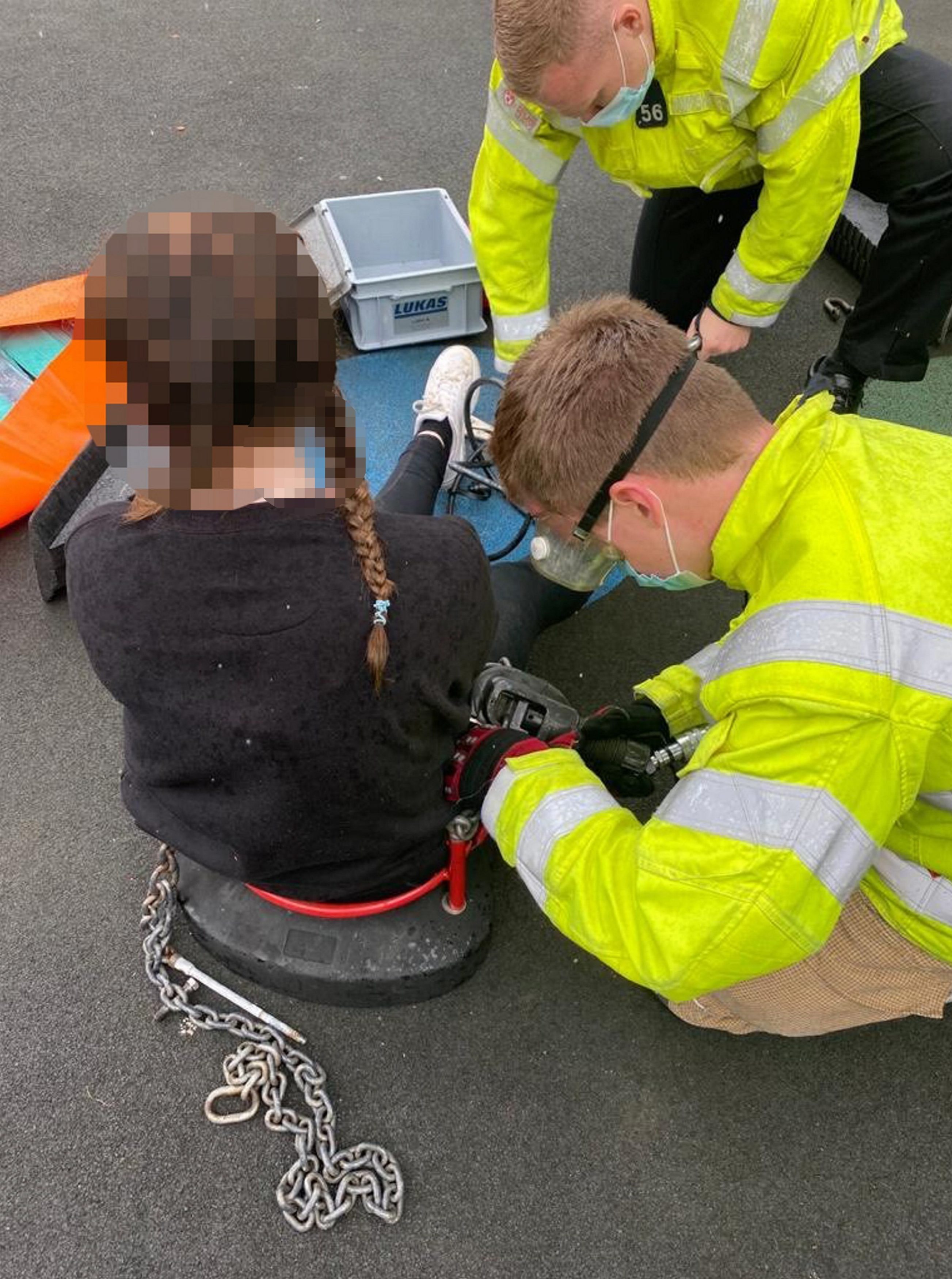 A Hampshire Fire and Rescue Service crew spent almost an hour cutting her from the swing in Southampton, Hants.

Firefighters later said the teenager's behaviour was 'plain stupid' and warned others to use 'appropriate-sized' swings in playgrounds.

A crew from Hightown said: "We don't normally judge anyone at the calls we go to.

"However, getting stuck in a child's swing whilst filming a TikTok is just plain stupid.

"This idiotic behaviour has tied up a truck for nearly an hour, preventing it from attended other calls."

Hampshire Fire Control also tweeted: "Yet another TikTok call for a person stuck in a swing. It is not clever. Please use appropriate-sized swings for your age."

As part of the craze, teenagers across Britain have squeezed into swings and uploaded videos of themselves.

But fire services have been forced to rescue them.

There have been reports of stuck teenagers in South Wales and Oxfordshire in the last month.

South Wales Fire and Rescue Service tweeted: "If you are over the age of four, please don't try and get in one." 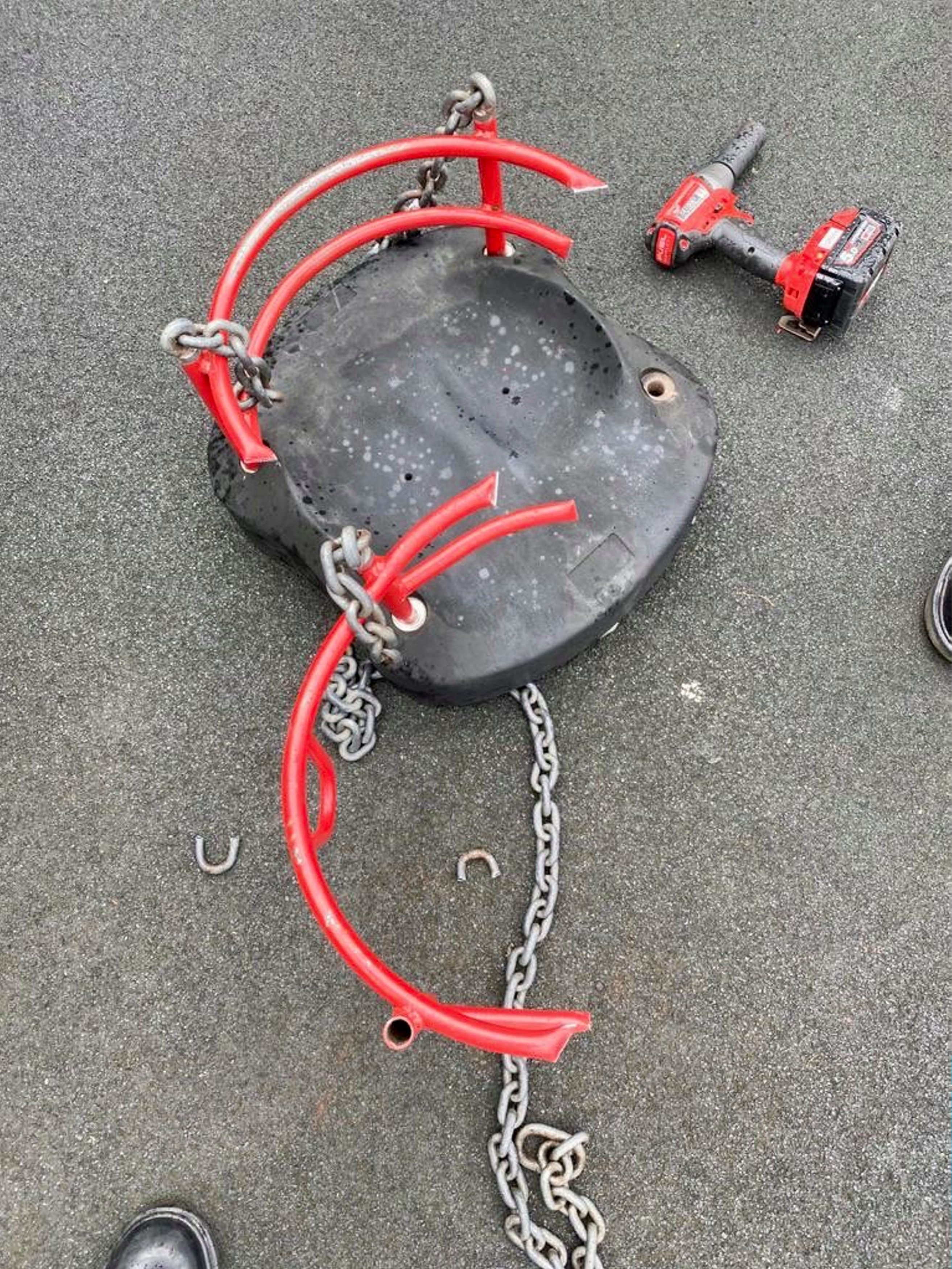