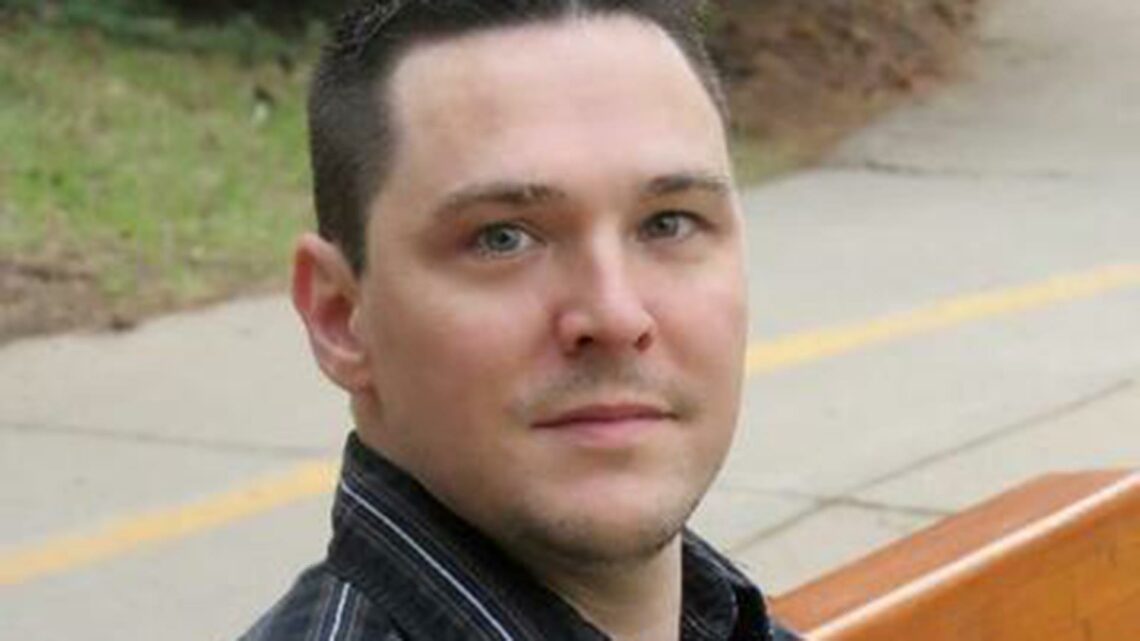 A MAN's chilling account of escaping "The Dexter Killer" and his so-called kill room in 2008 helped put the murderer behind bars.

The horrific attack that the victim endured inside Mark Twitchell's garage came after he was tricked into meeting the killer on a dating site. 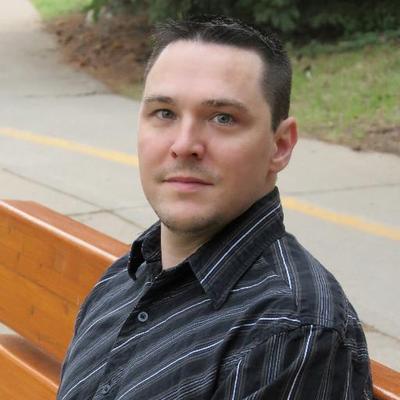 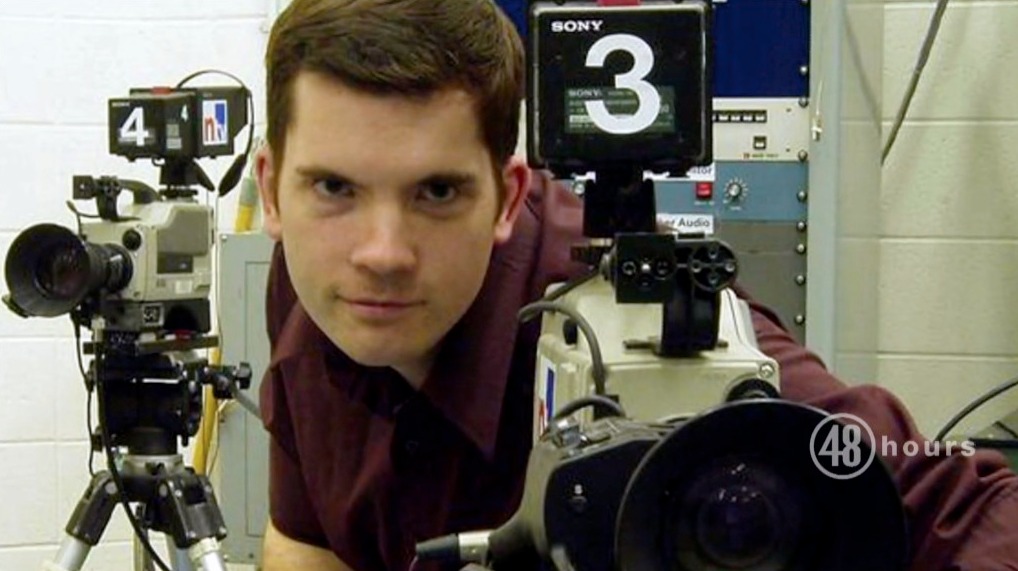 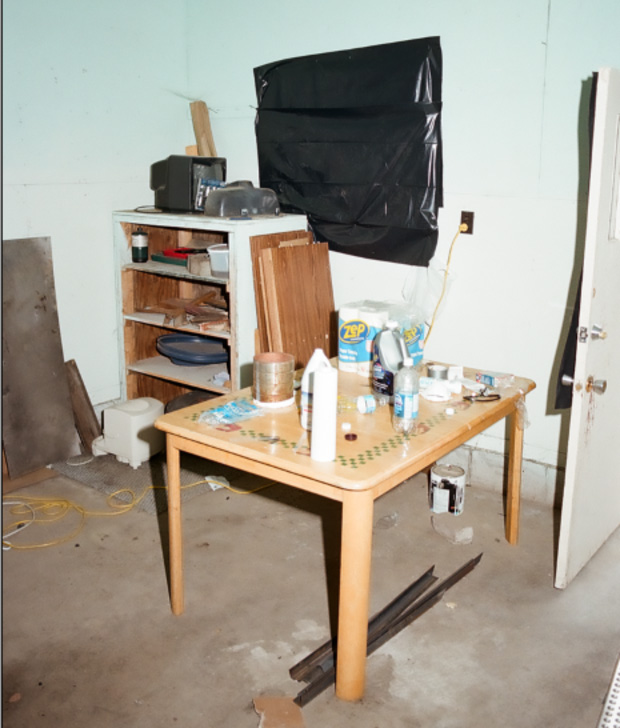 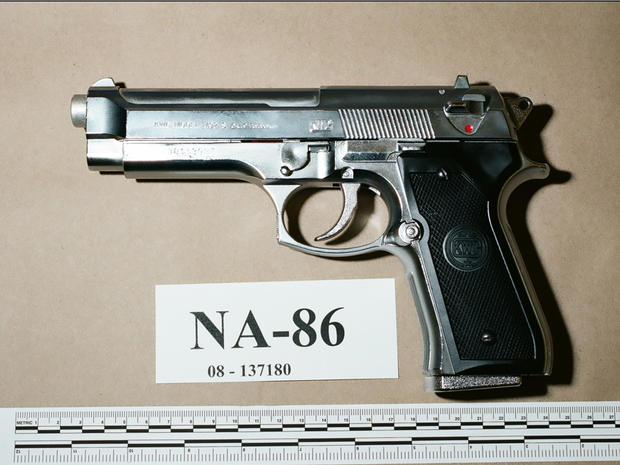 Twitchell is known as the "Dexter Killer" because of his obsession with the TV show Dexter, a fascination that police say carried into his real-life crimes.

On October 10, 2008, Twitchell posed as a woman online to lure 38-year-old Johnny Altinger to his death.

Days before Altinger's murder, on October 3, Twitchell invited another man named Gilles Tetreault to his garage.

Tetreault thought he was meeting a woman named Sheena from the dating site Plenty of Fish.

Read More On ‘The Dexter Killer’ 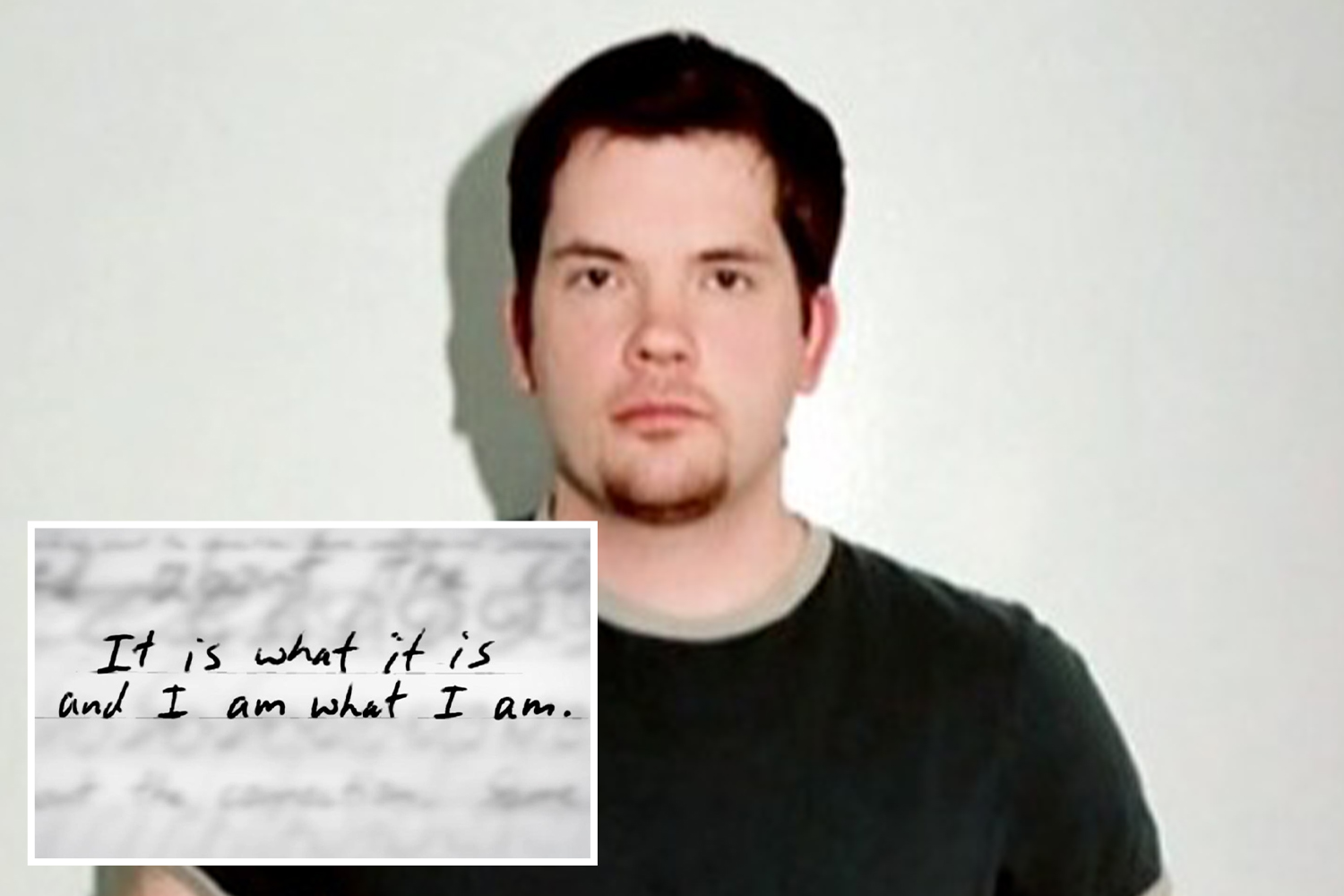 Inside ‘Dexter killer’s’ chilling notes after Plenty of Fish plot 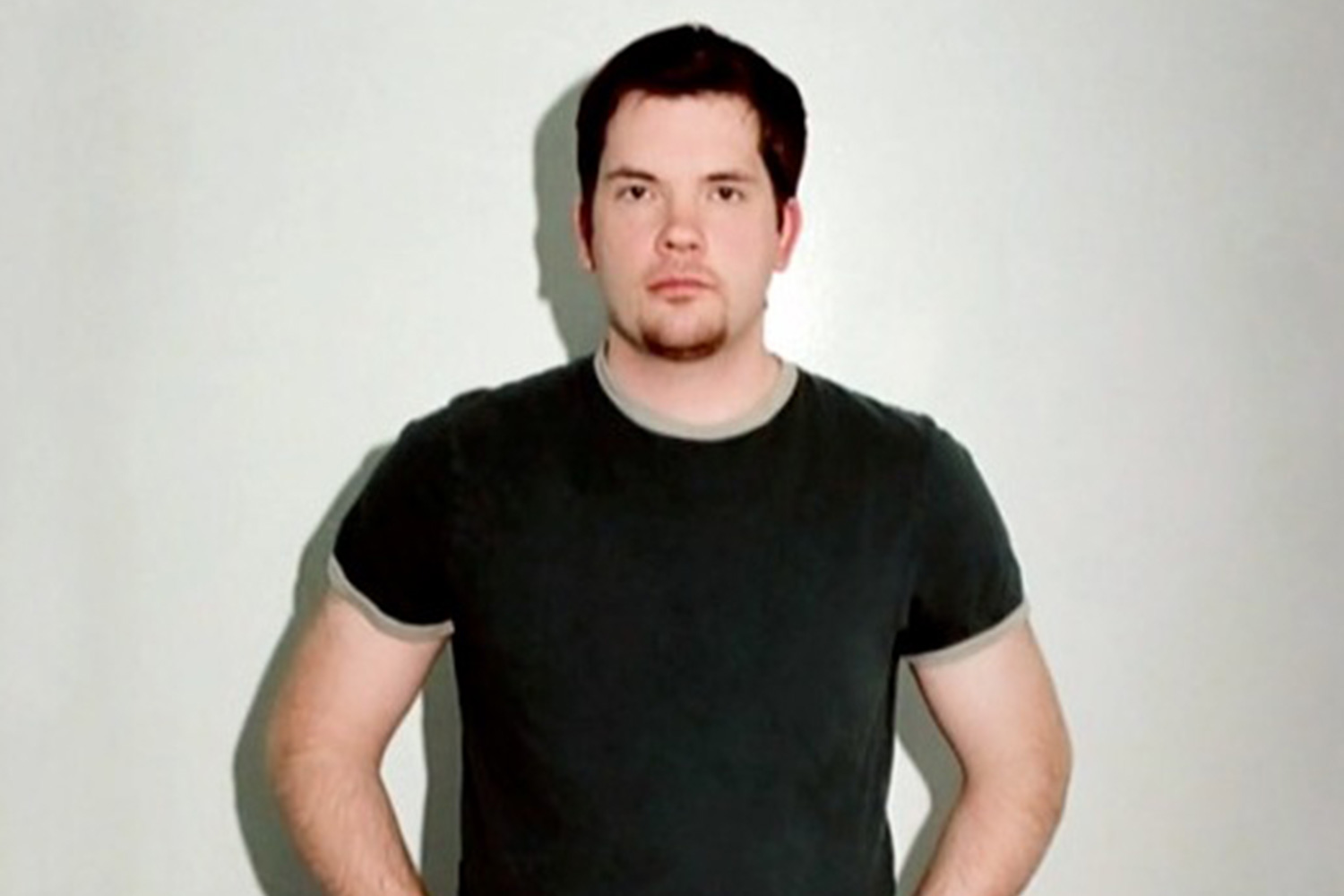 His date refused to give him an address and instead sent him instructions on how to find the meeting place, detailing how the garage would be open for him "just a touch."

Tetreault described what happened when he got to the location, saying he quickly realized that there was a sinister motive behind the meet-up.

"I kind of looked around for the door she told me to go through,"Tetreault told CBS News.

"And that's when somebody came out, attacked me from behind.

"I look back, and that's when I see this man — kinda hovering over me with a hockey mask.

Tetreault said Twitchell, wearing a black and gold hockey mask, ordered him to the ground at gunpoint inside the garage. Tetreault was also shocked with a stun baton.

"He tore a piece of tape and he covered my eyes with it," Tetreault said.

"My head is just racing, like it's like thinking, 'What's goin' on? What's he gonna do? Is he takin' another weapon out?'"

That's when Tetreault made a life-saving decision – to fight back. He grabbed Twitchell's gun.

"I felt the gun was plastic," he said.

"This is the greatest feeling I ever felt in my life, because then I knew I had a fighting chance to get away."

Tetreault said he punched his attacker, taking some blows to the head during the struggle, then came up with a plan.

"He grabbed my jacket," he said.

"And that's when I slipped out of the jacket, rolled underneath the garage door and then got up…. And it worked."

The horror wasn't yet over for Tetreault. He said his legs gave out as he ran from the garage with Twitchell pulling him back inside.

Tetreault once again rolled out of the garage, and this time made it to his truck and sped off.

He said that he checked the dating site when he got home and found Sheena's profile was gone. Too shocked initially to go to police, he told himself he would go the next day.

"And tomorrow came and I was…I felt so ashamed that I got duped," he said.

Then, a week later, another man went missing after answering a similar dating ad.

Johnny Altinger's older brother said that family and friends last heard from Johnny on October 10, 2008, when the 38-year-old headed out on a date with a woman named "Jen."

Family got concerned when Johnny didn't show up for work. They also received an email they thought was out of character for Johnny, which led them to uncover that Johnny forwarded directions to friends of the location of his date.

The directions led police to Twitchell's garage, where they found his so-called kill room.

Investigators say Twitchell stabbed and bludgeoned Altinger before cutting him up and partially burning the body.

Altinger’s remains were put into garbage bags and dumped in a storm sewer.

Police impounded Twitchell's laptop and car during the investigation, and found Altinger's blood in the car's trunk.

From there, cops made a series of harrowing discoveries, including a suspiciously deleted file on Twitchell's computer labeled "SK Confessions."

Twitchell, a filmmaker, told police that the document was a screenplay he was working on, but investigators said it contained a detailed account of Twitchell's crimes.

Police connected the details in the "SK Confessions" with the evidence they found in the garage.

A barrel with burn marks was linked to a passage in the confessions where the killer spoke of trying to burn human remains in a barrel.

Twitchell's "SK Confessions" document also mentioned a victim who got away.

As police were still trying to nail Twitchell for the crimes, Tetreault saw Johnny's murder and the hockey mask on the news.

A month after he escaped Twitchell, Tetreault made the decision to come forward and went to police with his story.

"I knew at that point it was not just a mugging," Tetreault said.

Investigators said that Tetreault's account of his escape was nearly identical to what was written in "SK Confessions."

Police used Tetreault's account to connect Twitchell to the crimes.

"After this all happened, I realized how lucky I was," Tetreault told police at the time.

Lillibuen said: "He wrote me probably 30 or 35 different letters – up to about 350 pages… like an entire book worth."

The journalist also detailed the striking similarities between Twitchell's crimes and the TV show he admired.

"He had a kill room set up with plastic sheeting. He had a table set up for his victims," Lillebuen said.

"He had this kind of processing kit that was very similar to what Dexter uses."

‘I’m in a sexual relationship with the Mona Lisa’, artist wildly says

Twitchell claimed he "accidentally" killed Johnny in self defense.

In April 2011, Twitchell was found guilty of first-degree murder. He was sentenced to life in prison with the possibility of parole after 25 years. 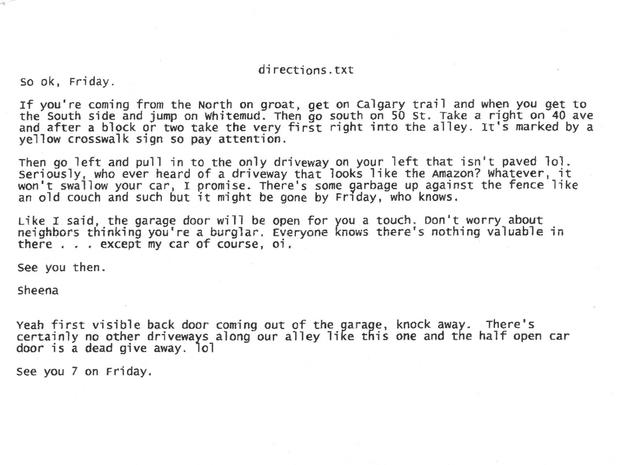 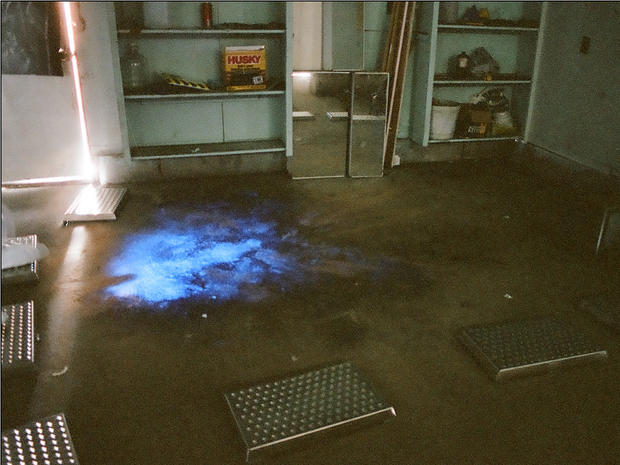 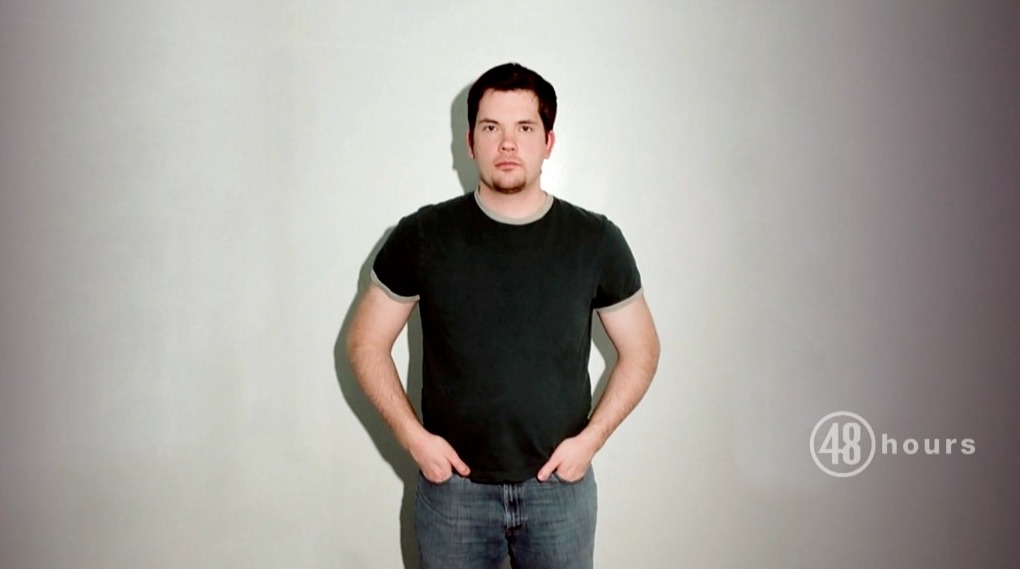 Elon Musk Now Has His Own Social Media Platform