Home » World News » ‘I don’t think we should be ruling anything out’: Mayor Bowman open to safe injection sites 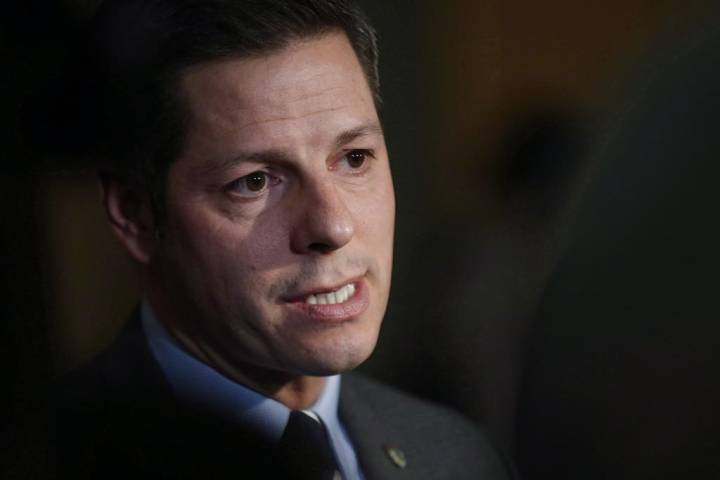 ‘I don’t think we should be ruling anything out’: Mayor Bowman open to safe injection sites

It’s been a controversial topic when it comes to politicians in Manitoba, but Mayor Brian Bowman says he isn’t opposed to opening safe injection sites to help combat the province’s meth crisis.

“I don’t think we should be ruling anything out,” Mayor Brian Bowman said.

In a year-end interview with Global News the mayor said what should come first is people’s health.

“As distasteful as safe injection sites may be for some, I think we need to look at peoples’ health and the health of our community first and foremost,” Bowman said.

“At the end of the day these are health matters and dealing with the root causes that lead someone to consume meth, increasingly needs to be part of our focus.”

Meth has been named as a root cause of crime throughout the city for the past year. It’s been at the centre of increased violent crime and property thefts.

Hospitals and health care workers have been dealing with an uptick in users presenting to emergency rooms in the midst of drug induced psychosis episodes.

The Winnipeg Regional Health Authority has seen an exponential increase in blood-borne infections, such as Hepatitis B, C and HIV, which health care professionals have said is a direct result of shared needles among drug users.

On Tuesday, a tri-level illicit drug task force was announced. It involves provincial, federal and municipal leaders working together to respond to the rapid increase in meth use and distribution across the province.

While Bowman acknowledged recent investments made by the province, he also said there is still a lot of work to be done.

“It’s a step in the right direction but I certainly don’t feel it meets the challenge of the crisis that we have in our city,” he said. “We absolutely need to collectively put a lot more resources into combating meth and the task force is intended to really put the feet to the fire and to challenge decision makers to do more in more ways.”

While Manitobans will have to wait six months to see a report of the task force’s findings, Premier Brian Pallister has already said his government does not believe safe injection sites are the answer here.

“There are problems that go with safe injection sites,” Pallister told Global News on Tuesday. “The word safe, in itself, is an implication of normalcy and normalizing meth use is not what any of us want to do.

“It also can be a danger in attracting drug dealers to that area and encouraging use, additional use by others.”

But Bowman wasn’t so quick to dismiss the idea.

“There are very different views across the board. Mine approach is, if it’s going to save lives, if it’s going to create a safer community, we should be seriously considering any and all options. We shouldn’t be ruling anything out based on ideology.”