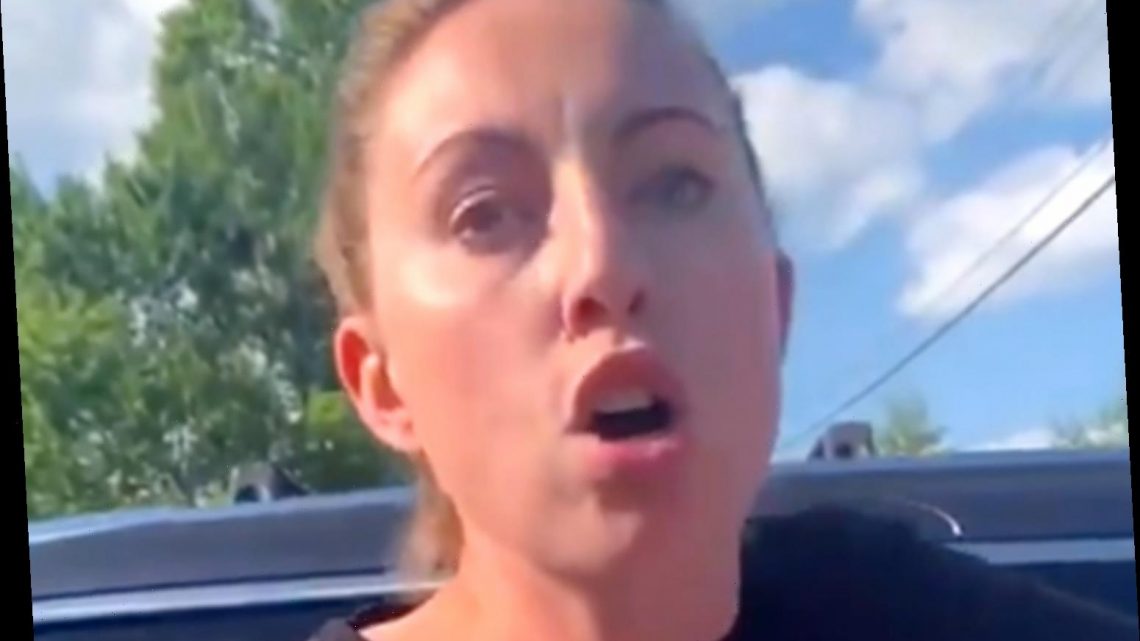 A husband-and-wife duo has been arrested and charged after a viral video showed the woman pulling a gun on a mother during a heated confrontation outside of a Chipotle restaurant in Orion Township, Michigan.

In cellphone footage that's been circulating on social media since late Wednesday, the woman can be seen brandishing a handgun while arguing with the camera operator at a parking lot, yelling, "Don't f—— jump behind my car."

On Thursday, Sheriff Michael Bouchard of Oakland County said in a press conference that the woman who pointed the gun and the driver in the video have each been charged with felonious assault, which carries a maximum punishment of four years in prison upon conviction.

Bouchard said the woman and man, who both carried concealed pistol licenses, each had a loaded gun in their possession when they were arrested.

The Oakland County Prosecutor’s Office later identified the two as Jillian Wuestenberg, 32, and Eric Wuestenberg, 42, a married couple from Independence Township, according to The Detroit News.

The two were was arraigned on Thursday and each was given a $50,000 bond, the outlet reported. It is not clear whether the couple have legal representation at this time who can comment on their behalf.

During Thursday's press conference, Bouchard also played a longer video taken of the incident, which showed the woman exchanging heated words with a Black family, whom she later pulled the gun on, beside her car. According to Bouchard, there was "a bump" between the two parties and an argument ensued.

The Detroit News identified the mother in the video as Takelia Hill, who claimed the white woman had bumped into her daughter when they were entering Chipotle. Hill said her daughter, Makayla Green, asked for an apology and the woman began yelling.

In the extended video, the woman accuses Hill of blocking her from her car during the argument. The male driver lets the woman into the passenger seat before turning to the family and asking, "Who the f— do you think you guys are?"

Hill and her daughter then accuse the couple of being racist. As Hill repeatedly asks the woman why she bumped into her daughter, the woman rolls down her window and says “you cannot just walk around calling white people racist.”

The camera pans away from the car as it backs out of the parking spot. Hill's daughter tells her mother, who is standing by the minivan, to watch out.

Moments later, Hill can be heard asking the couple if they were trying to hit her with the vehicle. She appears to slap the back of the van with her hand as it backs up.

The woman then jumps out of the car, yelling for Hill to "get the f— away." She also cocks a gun and points it to Hill's face.

"Get the f— away," the woman says, as Hill begins filming the woman on her own cellphone.

The footage Hill captured on her phone was the video that went viral online.

In a statement released on Thursday morning, Oakland County Executive David Coulter said he was "deeply disturbed" by the incident.

"This behavior is unacceptable," he said. "I wholly expect the prosecutor to bring charges that reflect the severity of the incident."

Radio fans can listen to AM and FM for another decade