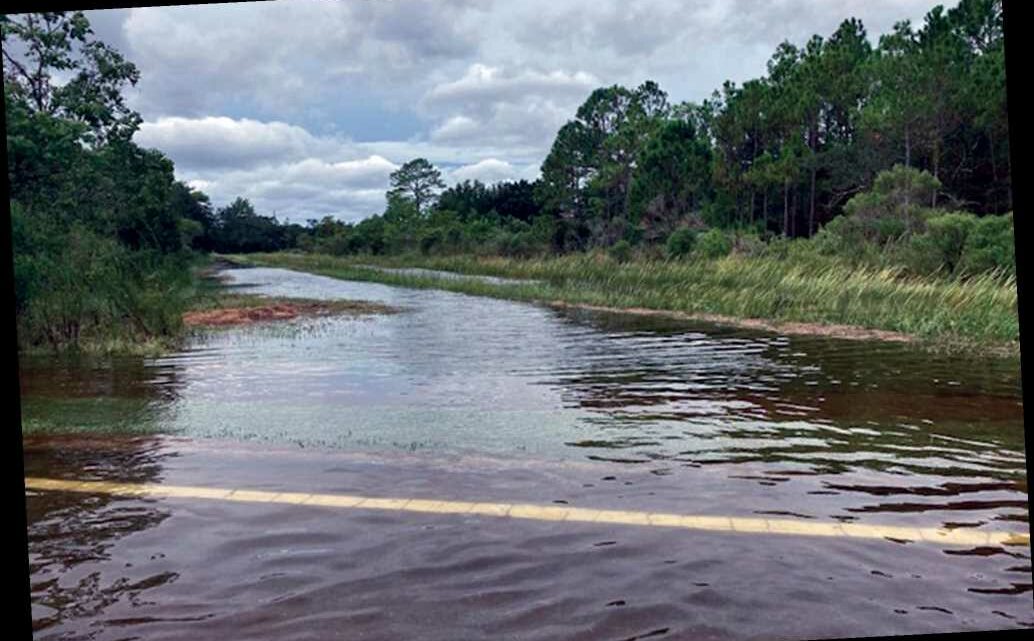 Hurricane Sally weakened to a Category 1 storm early Tuesday but is expected to pick up steam as it inches toward the Gulf Coast — threatening to unleash historic floods when it finally makes landfall, according to the National Hurricane Center.

Sally, whose winds decreased to 85 mph, was 60 miles east of the mouth of the Mississippi River as it moved at a mere 2 mph, the NHC said.

It could slam into the Mississippi, Alabama and Florida coasts late Tuesday with flash flooding and storm surges of up to 9 feet in some areas.

The hurricane’s slow speed recalls 2017’s Hurricane Harvey, which brought several feet of rain over several days in the Houston area, according to Reuters.

Mobile, Alabama, Mayor Sandy Stimpson said he expected a “tremendous amount of flooding” as the city barricaded intersections likely to be inundated by high water.

President Trump issued an emergency disaster declaration for Mississippi and Louisiana, which called for evacuations of low-lying areas.

Ports, schools and businesses closed along the coast and the Coast Guard restricted travel on the lower Mississippi River in New Orleans to the Gulf.

It also closed the ports of Pascagoula and Gulfport, Mississippi, and Mobile.

Sally is expected to dump between 10 and 20 inches of rain on the coast, with isolated 30-inch downpours.

Mississippi appears more likely for landfall, but the storm’s biggest threat is that it will be a “rainmaker” across a wide region — with up to 4 inches in areas as far inland as Atlanta, said Jim Foerster, chief meteorologist at DTN, an energy, agriculture and weather data provider.