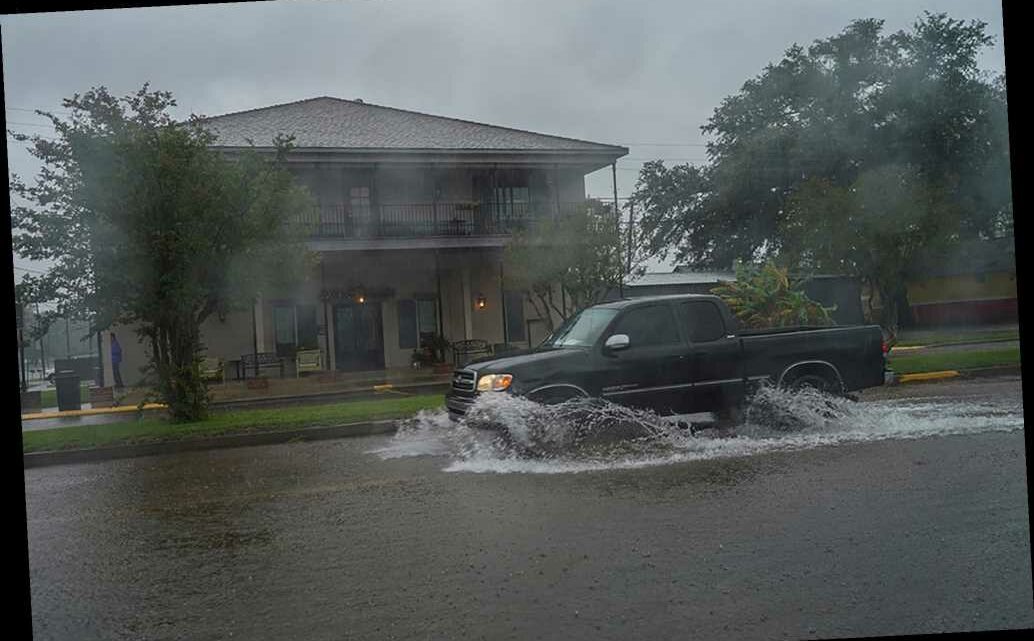 The Category 2 ‘cane made landfall near the shore town of Creole at 7 p.m. Eastern time Friday, according to the National Huricane Center.

Delta is now lashing the coast with maximum sustained winds of up to 100 mph, the NHC said.

“Please stay safe and vigilant,” the state’s Gov. John Bel Edwards tweeted, along with an aerial photo of the hurricane hitting the state.

Storm surges of what forecasters have called “life threatening,” heights were expected, and already measured at more than eight feet above ground level along the state’s central shore.

Delta is continuing its north-eastern path across the center of Louisiana at around 14 miles per hour, the NHC said.

Water spouts, tornadoes and rainfalls of up to 10 inches were predicted to also plague the state into Saturday.

“We just got lights back on like two weeks ago and then it’s evacuating again?” said Roslyn Kennedy after abandoning her house in Lake Charles, where 95 percent of homes were damaged by Hurricane Laura.

It’s the sixth time just this season that Louisiana has been threatened by a major storm or hurricane.

Some 12,000 evacuees were in shelters and rescue teams were standing by to help those who stayed behind, Louisiana officials said.

The guard was prepared to respond with 2,590 guardsmen, 122 high water vehicles and additional helicopters and watercraft.