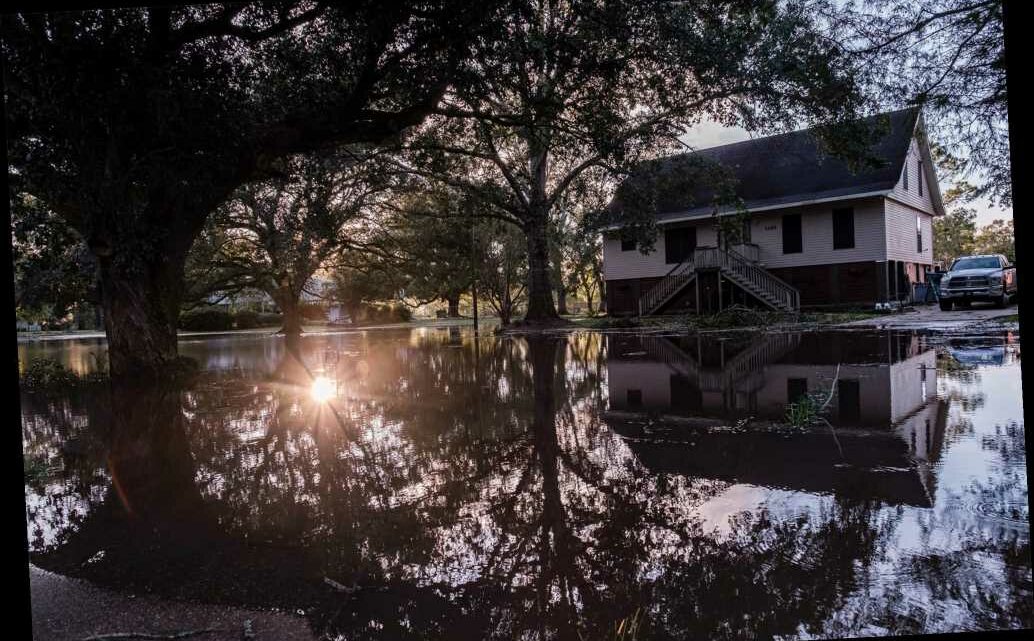 Hurricane Delta dropped almost a foot and a half of rain on southwestern Louisiana in less than 12 hours, sent flash floods slamming into homes and stranding cars across a swath of the region.

About 740,000 homes and businesses were without power across Louisiana, Texas and Mississippi as Delta made its way through the region, the Associated Press reported.

The storm came ashore around 6 p.m. Friday near the coastal town of Creole — just about 15 miles from where Hurricane Laura struck in August.

By 9:30 p.m., the storm, which landed as a Category 2 hurricane with 100 mph winds, dropped more than 17 inches of rain n the towns of Iowa and Sulphur. It moved over Lake Charles, the town that saw nearly every building damaged by Laura six weeks ago and is still in the early stages of recovery from that blast. The winds pulled tarps off roofs and piles of wreckage from the last storm were blown around and picked up by the heavy storm surge and rain-induced floods. Cars were overturned on Interstate 10, the main highway in the area.

The large storm swirled over a wide portion of the south, with tropical-storm-force winds reaching 160 miles outward. Winds blew down the steeple at the Mount Triumph Baptist Church in Jennings, Louisiana and tore down trees from Texas to Mississippi.

Delta was the fourth named storm to strike Louisiana this year and the record 10th named storm to make landfall in the U.S. in a single hurricane season, which ends Nov. 30. No deaths were attributed to the storm as of early Saturday.

A tropical storm by Saturday morning, with the wind gusts down to about 40-to 50 mph, Delta was traveling northeast into Mississippi and the Tennessee Valley. Up to 10 inches of rain are forecast for some parts of the South. A few tornadoes are possible, the National Hurricane Center said in its latest update.

The storm is expected to reach the New York area Sunday night, with heavy rain expected through Monday and showers lingering until Tuesday.

'90 Day Fiancé': Angela Deem Mentions Going to the 'Courthouse' During the Tell All — Is She Still Married to Michael Ilesanmi?
World News