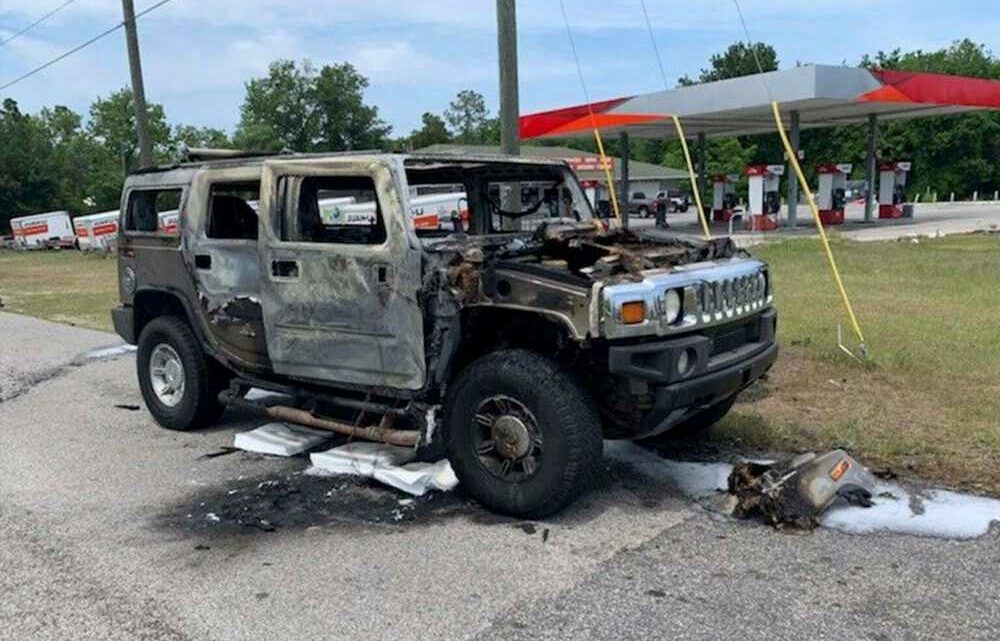 Gas prices hit $3.02, but Southeast shortages could ease by weekend

A bunch of hacks: Colonial Pipeline reportedly forked over millions to get access back

A Hummer burst into flames and was destroyed in Florida after the driver loaded cans of fuel into the vehicle — amid a nationwide gas crisis, according to fire officials.

The driver had just filled four containers of gas at a Texaco Food Mart in Homosassa at 10:52 a.m. Wednesday when their ride caught on fire next to the station, the Citrus County Chronicle reported.

Fire crews that rushed to battle the blaze discovered four 5-gallon containers filled with gas in the back of the vehicle, according to the outlet.

The fire was extinguished in about 20 minutes and one person was injured but refused to be transported to a hospital.

The Florida State Fire Marshal’s Office is investigating the official cause of the fire. Other details were not immediately available Thursday.

The conflagration came as cyberattacks this week on the Colonial Pipeline left a scarcity of gas in some states that led to panic buying and sky-high prices nationally.