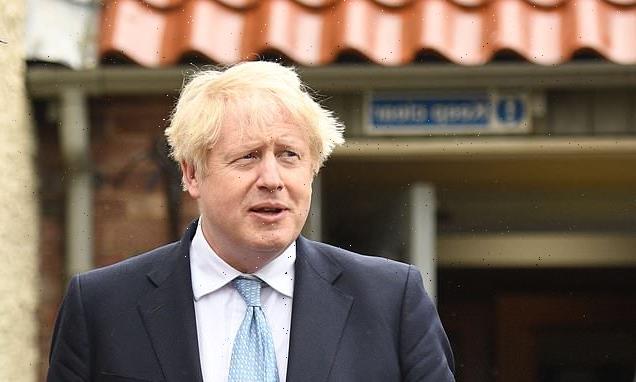 Hugging friends and relatives allowed from May 17, says Michael Gove

Hugging friends and relatives WILL be allowed from May 17, says Michael Gove with Boris Johnson set to unveil relaxation at Downing Street press conference TOMORROW

Hugging friends and family will be allowed from May 17, Michael Gove declared today.

The Cabinet Office minister said ‘friendly contact’ between people in different households is set to return when the latest stage of the roadmap is reached in a week’s time.

Boris Johnson is set to confirm the relaxation at a Downing Street press conference tomorrow, after the vaccine rolllout and plunging infections led to huge pressure from Tory MPs to speed up his plans.

The major step will be a huge relief to grandparents, most of whom have been unable to hug grandchildren for more than a year.

It is also expected that funerals will be permitted to take place for up to 30 people from May 17 – a month earlier than anticipated.

But rules for weddings and ‘other life or commemorative events’ will update as expected, with only 30 guests able to attend indoor receptions until June 21. 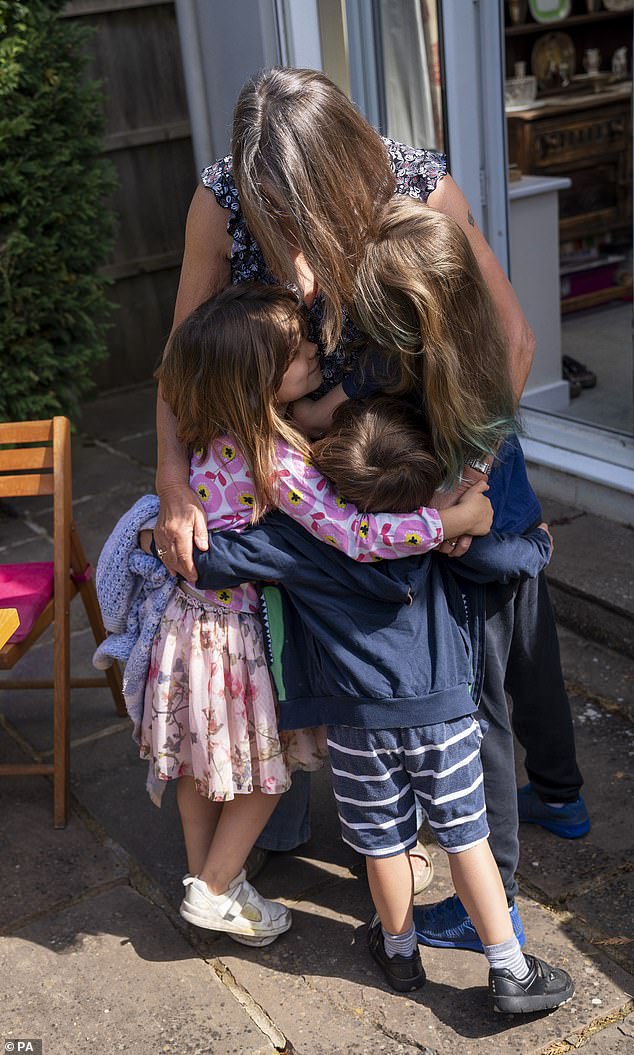 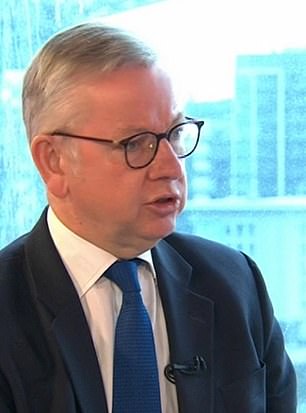 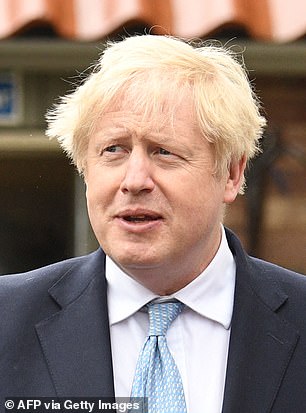 A Downing Street spokeswoman said up to date guidance on weddings will be issued, confirming the limit will increase to 30 as anticipated.

‘We are working with the wedding sector to facilitate a return to as near as normal as quickly as possible and understand the need for certainty to plan for the summer season,’ she said.

‘As set out in the roadmap, the Government will increase limits for weddings and wedding receptions to 30 people at Step Three.’

An insider added: ‘While we understand the unique significance these events hold in people’s lives, we must continue to take necessary measures to limit the transmission of the virus.

‘We do not wish to keep restrictions in place for any longer than we have to.’

The Prime Minister will also confirm that care home residents in England will be allowed to make low-risk trips to places such as relatives’ gardens or a local park without having to self-isolate for a fortnight when they return,

Britain will take a huge step towards normality on May 17, when friends and family will be able to meet indoors for the first time since January under the rule of six. 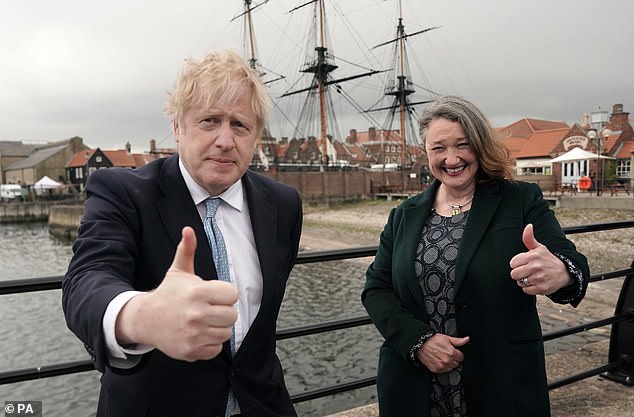 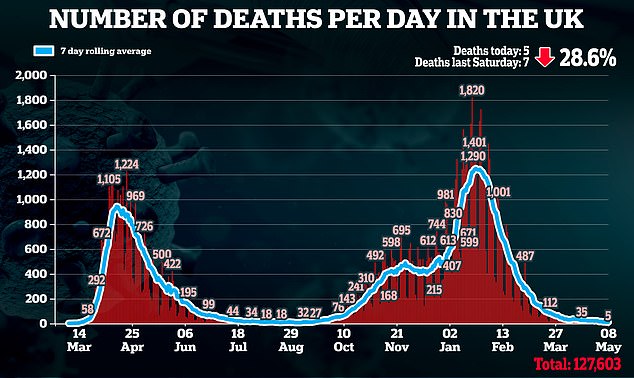 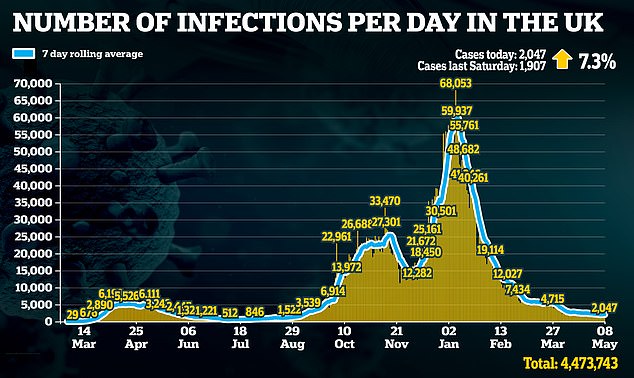 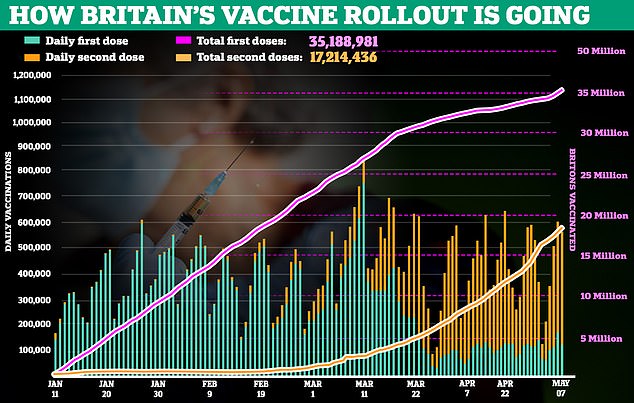 Restaurants and pubs will also be able to cater to indoor customers, and foreign holidays will resume to a handful of approved ‘green list’ destinations.

Mr Johnson’s invitation to embrace – which will be welcomed by millions of families – follows news that Britain yesterday passed another vaccine milestone with more than two-thirds of adults now given a Covid-19 jab.

There were 2,047 positive tests across the country, the Department of Health announced, up 7.3 per cent on last Saturday’s number (1,907).

Officials also recorded just five lab-confirmed deaths within 28 days of a positive Covid swab, 28.6 per cent less than the number recorded a week ago.

The latest figures show that nearly 35.2million Britons have been given at least one dose of Covid vaccine, after another 119,349 first injections were administered on Thursday.

The NHS also dished out a further 449,716 second doses, bringing the total number of people fully vaccinated against the disease to 17.2million.

Some 66.8 per cent of adults have had a first jab, while nearly a third have had their second.

Surge testing has been happening in the former mill town of Bolton, which has been identified as a hotspot for the Indian Covid variant.

Mr Johnson said on Thursday that tracking of the Indian variant will be ‘absolutely ruthless’. 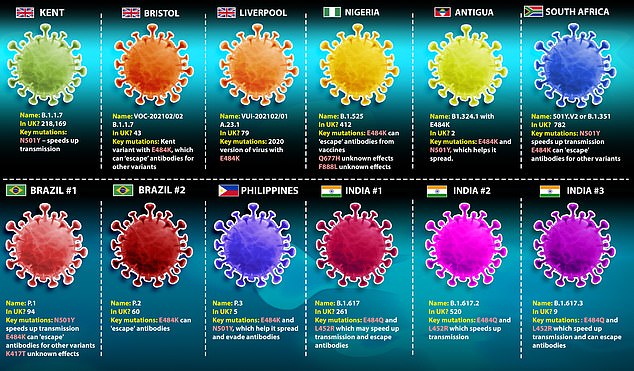 Public Health England has divided the Indian variant into three sub-types because they aren’t identical. Type 1 and Type 3 both have a mutation called E484Q but Type 2 is missing this, despite still clearly being a descendant of the original Indian strain. It is not yet clear what separates Type 1 and 3

Celebrating the Tories delivering a hammer blow to the Labour’s Red Wall in the local elections, he said: ‘What we’re doing there is making sure that we are absolutely ruthless in the surge testing, in the door-to-door tracking of any contacts.

‘At the moment we’re looking carefully at the way the Indian variant seems to function, we don’t see any evidence that it is resistant to the vaccines or in any way more dangerous.’

But an expert has warned the Prime Minister’s roadmap out of lockdown might be delayed because of outbreaks of the variant.

Dr Duncan Robinson, policy and strategy analytics academic at Loughborough University, yesterday said a ‘political decision’ may be taken to slow down easing restrictions because the strain could disproportionately affect areas where there are outbreaks.

But speaking in Hartlepool yesterday, Mr Johnson also said he ‘can’t see any reason’ to delay the remaining steps along the out of lockdown.

Early research suggests both the AstraZeneca vaccine, known as Covishield in India, and the Pfizer jab, still work against the variant.