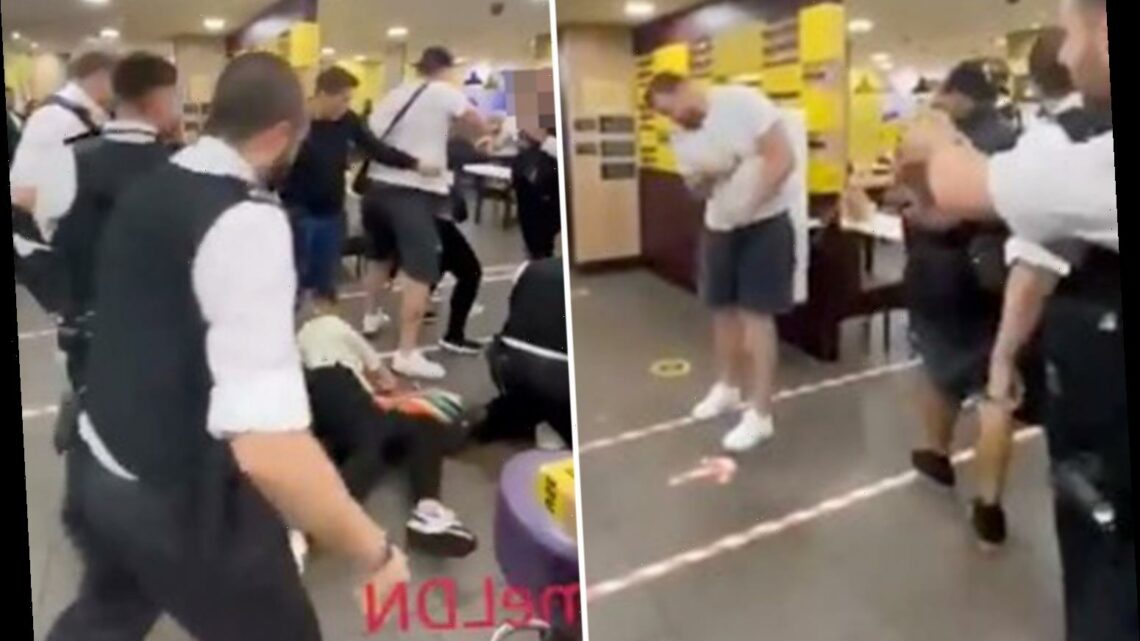 THIS is the dramatic moment a man is Tasered during a brawl with police in McDonald's.

Chaotic scenes saw a number of people pinned to the ground by cops as shocked customers watched. 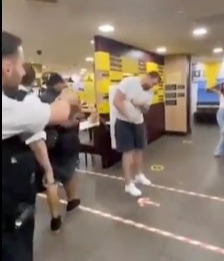 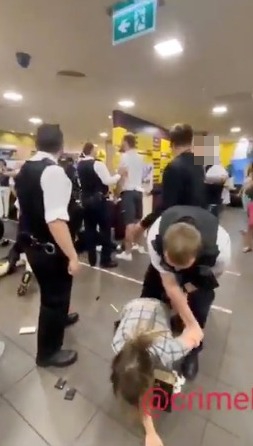 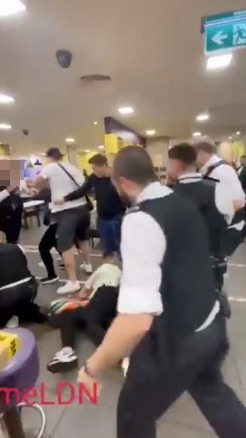 The riotous video saw the tense scenes escalate as one man was heard telling cops "I'm not moving".

A man in glasses is then pulled to the ground as cops yell "stay on the floor".

As officers hold the man on the ground one woman can be heard shouting "he's a skinny little boy" with a number of women piling onto cops.

The terrifying confrontation then comes to a head when a man in a white shirt fronts up to cops, with officers appearing to Taser him.

However, the shot appears not to affect the man, who continues to stay standing and walks towards the officers.

A woman is then dragged to the floor during the chaos. 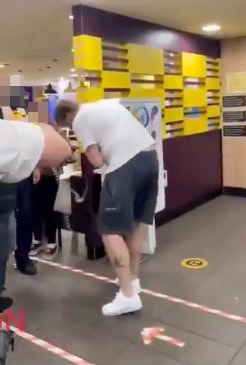 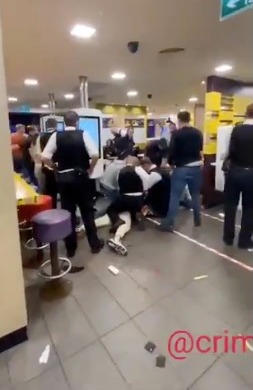 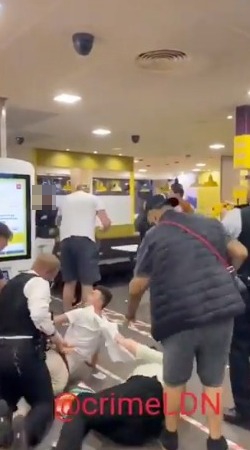 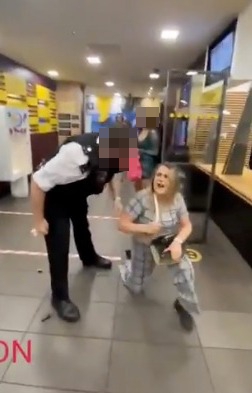 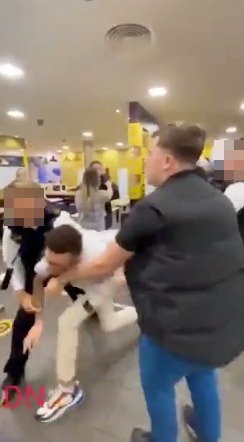 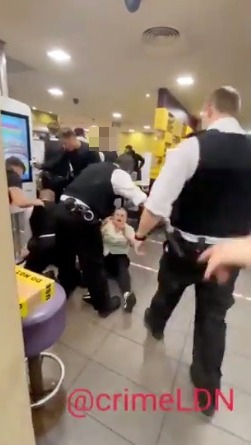 The video, which lasts for about two minutes, then ends with a cheeky man heard asking "is my McDonald's ready?"

It is unclear exactly when the footage was filmed, however it is understood the brawl unfolded at the chain's store in Bethnal Green.

The exact reason for the stand off is unclear however it was claimed on social media that the group had refused requests to leave their alcohol outside.

The Met Police and McDonald's have been contacted for comment.

It's not the first time that brawls have unfolded at the popular fast food chain.

One customer was filmed going on a rampage after reportedly being told she couldn't have a McFlurry.

Meanwhile a mass brawl was sparked when two customers allegedly refused to pay for their food.