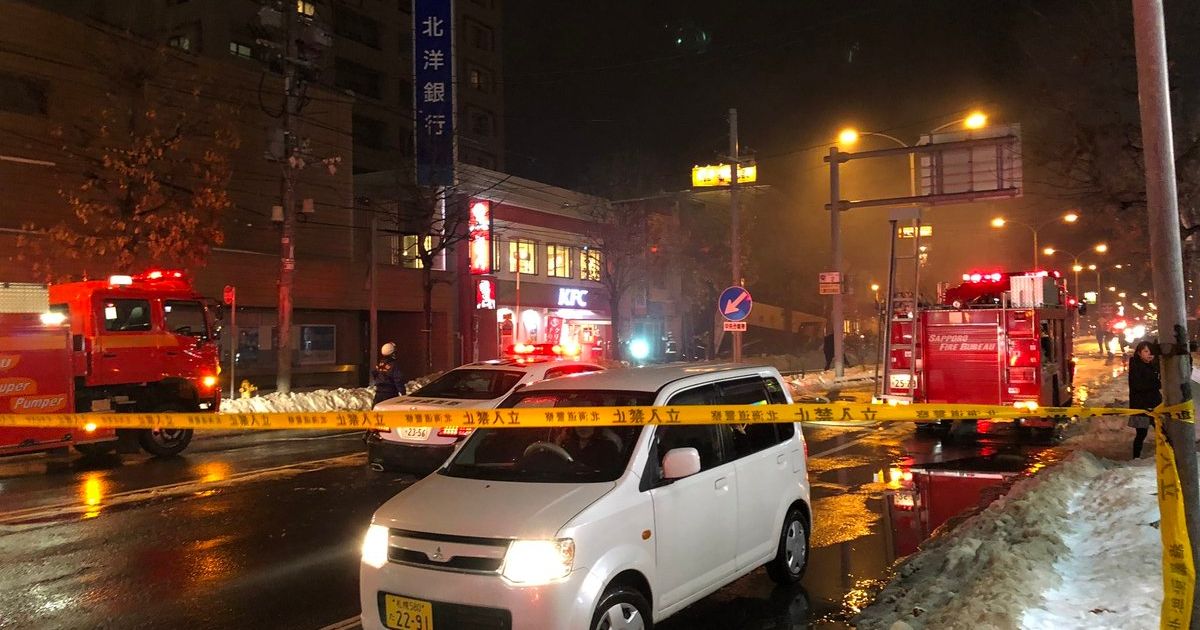 More than 20 people are injured after a huge gas explosion struck in Japan – leaving ‘no trace’ of an entire restaurant.

The building in the city of Sapporo was wiped out after suddenly bursting into flames in an explosion on Sunday, at around 8.30pm local time.

Shocking pictures from the scene revealed the devastation after the restaurant building collapsed on Hiragishi Highway.

Japanese news station Channel News Asia reported that there were more than 40 people inside the restaurant at the time of the explosion.

At least 20 people were injured in the blaze and have been rushed to hospital, Sapporo’s fire department confirmed.

A video taken at the scene showed people fleeing from the scene as Japanese firefighters ran towards the flames.

Police officers at the scene kept people from approaching the damaged building amid fears of repeat explosions, Japan Times reports.

A man in his 50s, who lived nearby, told the local news source: "I heard a bang, which sounded like thunder and my condo was shaken."

Matthew James Davis, who had visited the area, said: "As we were walking home from Sapporo Station we heard an explosion. Apparently there was an explosion near Hiragishi Station in Sapporo."

A stunned local tweeted: "When I went to see the street there was no fire," but after just five minutes the entire building was engulfed in flames due to the "momentum" of fire.

@kurathisu tweeted several updates during and after the explosion, which damaged their apartment.

They wrote. "I thought it was thunder but it is a gas explosion. It was a great explosion. My mother and I cried and it shook my house.

The tweeter also confirmed that the exploded building was a restaurant "so popular that it was difficult to make a reservation there."

Another resident took to social media to report smelling gas before the explosion. They said locals were instructed to evacuate the area and the highway was closed off.

Eyewitness Jimmy Chan recalled the horror of the incident, which had left him unable to sleep.

He wrote: "The explosion of Sapporo, the figure of the wounded, and the appearance of a woman shouting someone’s name toward the inside of a building that burns."

He wrote: "Oh I was scared. What is this year? The typhoon, gas explosion and an earthquake."

Sapporo is the capital of the northern Japanese island of Hokkaido and has a population of 1.952m, according to the 2015 Census.

What is Katy Perry’s Net Worth, and is the ‘American Idol’ Judge Married?