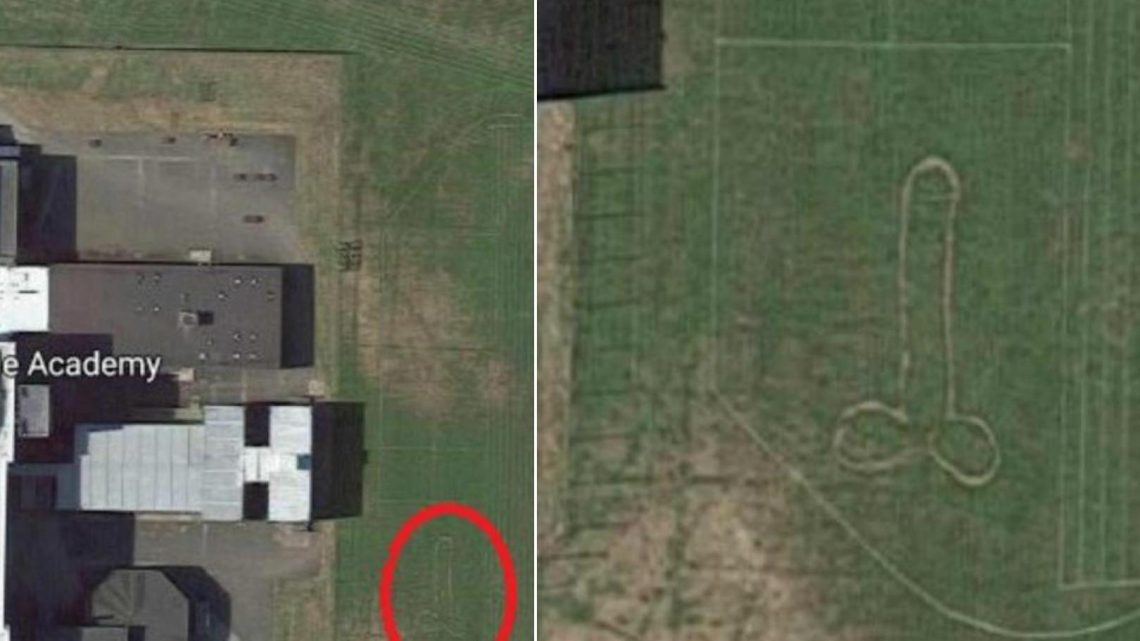 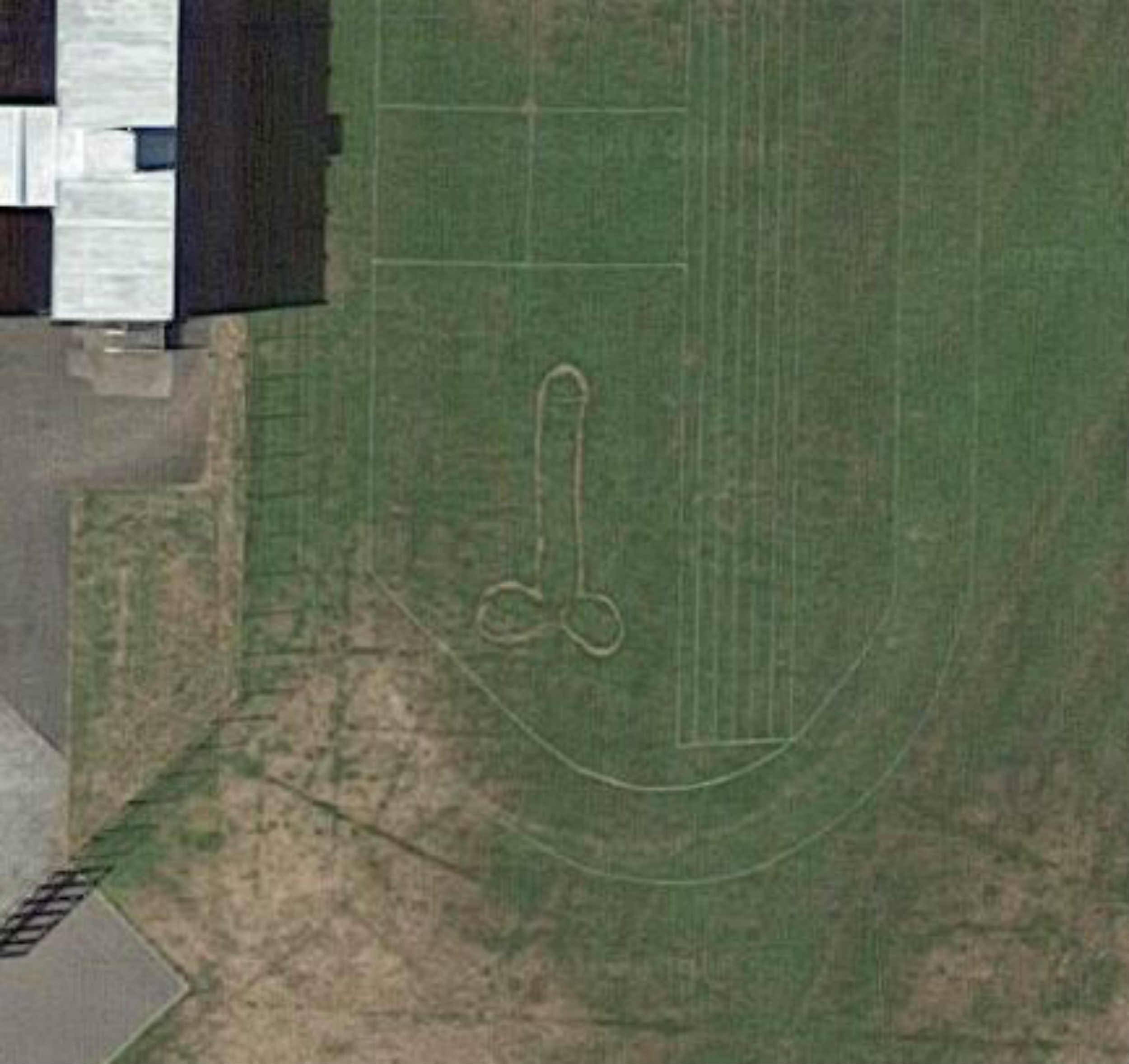 The picture shows the faint but unmistakable outline of a 60ft phallus on the playing field, just yards from the nearest building at the school in Stonehaven, Aberdeenshire.

It appears that the image was created by wearing away the grass to reveal the earth beneath. It is not clear when the satellite image was captured.

Colin Sim uploaded a screenshot of Google Maps image which clearly shows the male genitalia on the field. 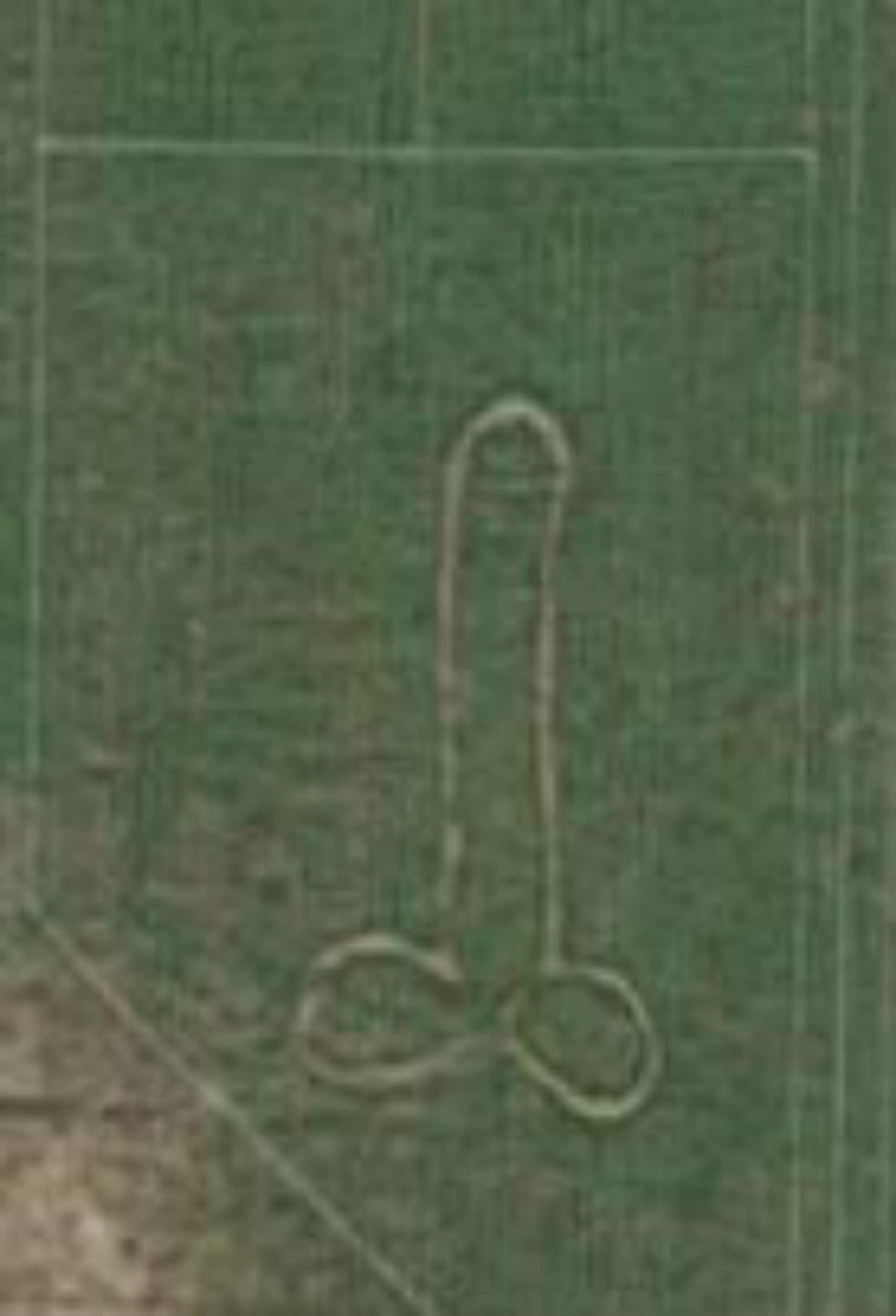 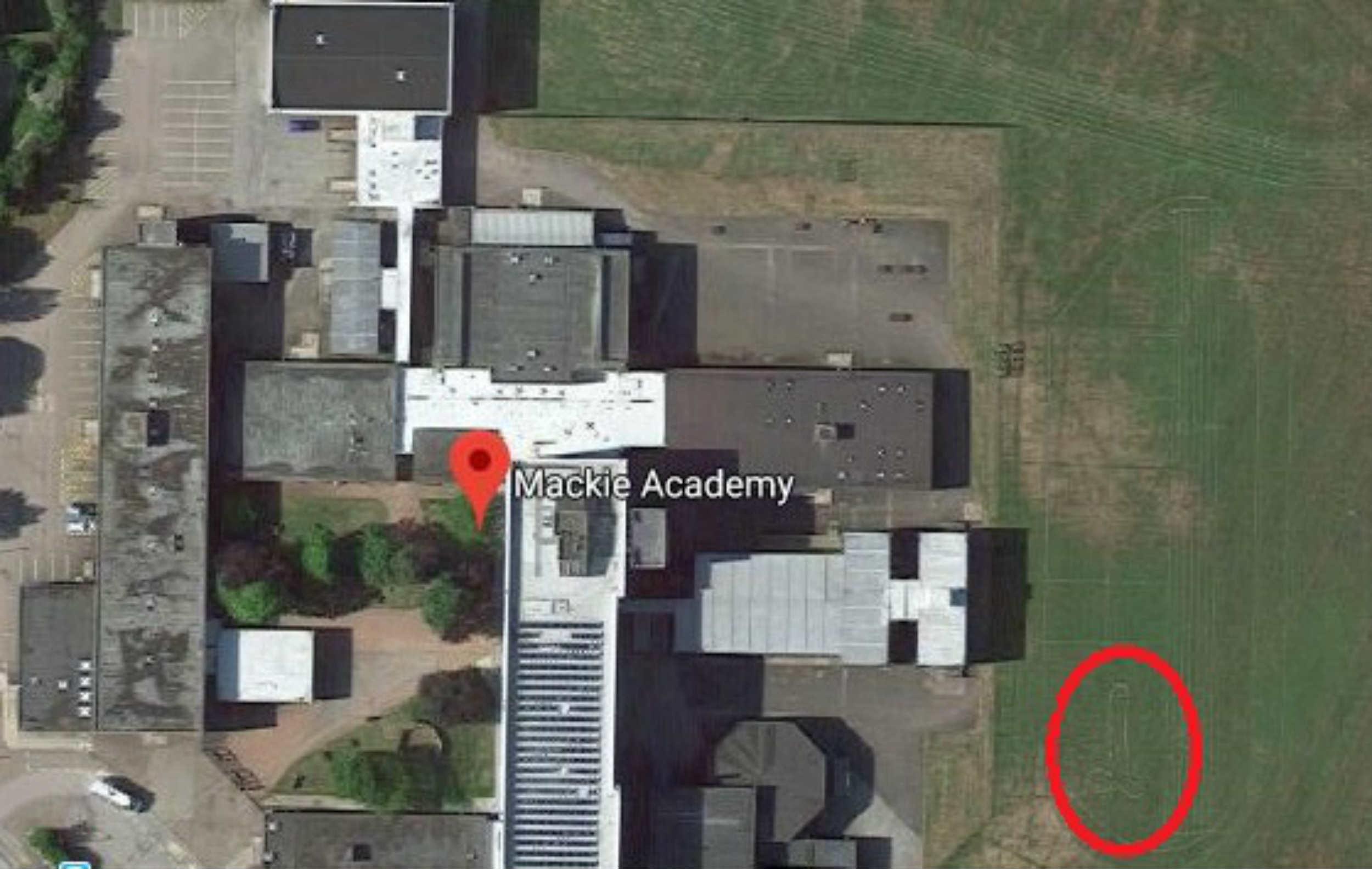 He sarcastically commented: “Not at all sure what this is meant to be in Stonehaven.”

A former pupil, who asked not to be named, said he was not surprised by the prank, but admitted it was quite “impressive.”

He said: “It doesn’t surprise me to be honest, it’s just kids being kids at the end of the day.

“They love causing a bit of mischief, anything to subvert the authority of the place.

“I’m sure there is lots of penises drawn in lots of places around the school and many other schools across the country, but this really is impressive.”

According to the 2018/19 school handbook, there are 1,176 students currently attending.

Last year, a Mackie Academy drama teacher who asked a pupil to give a “little s***” classmate a Chinese burn was reprimanded for six months.

Katie Berker apparently lost the rag and asked students “would someone give that boy a Chinese burn?”

As one of the youngsters gave the Chinese burn, the victim responded by stabbing a pencil into the back of his hand, consequently drawing blood in 2016.

This is not the only large drawing in Aberdeenshire, as there is also a large picture of the Playboy Bunny logo etched onto a field.

The huge picture is said to be 500 feet wide, three times the width of a football pitch.

If the exact coordinates of the Tarland field are searched into Google maps, the satellite option also shows the picture of the bunny.

After being posted to a public Facebook page by Andrew Cunningham, there were multiple comments from amused social media users.

Gillian Wilkie commented: “And that’s why I love Tarland.”