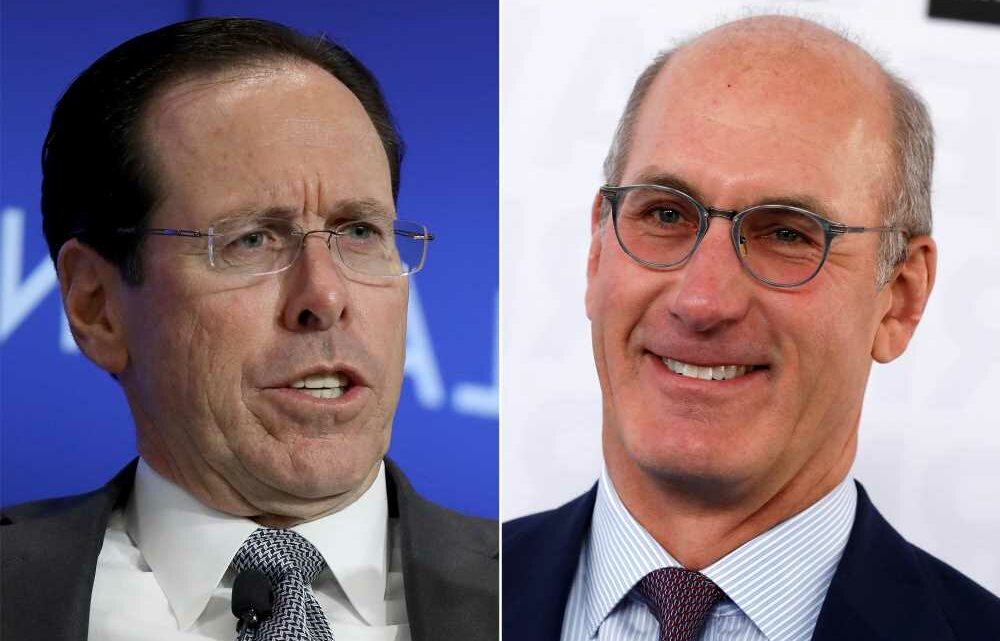 Janet Yellen tells truth on economy — then quickly reverses herself

On Friday, May 14, just hours before the telecom and media world was turned upside down, the two men at the center of that upheaval, AT&T chief John Stankey and his deal-making wingman and former boss, Randall Stephenson, met for a quiet dinner in Dallas, the home of their sprawling corporate empire.

Along with their wives, they were seen at their swanky private club, where pillars of the local business scene gather to celebrate their rarefied status.

As it turned out, the dinner was anything but a celebration. It’s unclear exactly what was said, but presumably Stankey told his old crony that he was about to unwind the final remaining vestige of their costly empire-building fantasy that evaporated billions of dollars in shareholder value over the past decade.

This past Monday, AT&T made it official and announced it was spinning off its WarnerMedia conglomerate, defenestrating brands such as CNN, HBO and Warner Studios into an odd new company that will be run by a smallish rival, Discovery Inc.

Again, I can’t say exactly what went down during the dinner, but with the deal, Stankey all but admitted to corporate America that the last 10 years of his career — and Stephenson’s — was a significant waste of time.

It’s also a story about staying in your lane. What looks good on paper often falls apart in the execution when you’re spread so painfully thin.

Wall Street-types who have been following the Steph & Stank show say the signs the duo were operationally unequipped to “transform” AT&T came as early as 2011. That’s when they attempted to buy Deutsche Telekom’s T-Mobile unit for $39 billion.

The duo was so confident (that ­hubris thing again) they could get the deal through the Obama Department of Justice that they even negotiated a whopping $6 billion breakup fee if it failed as a way to get DT to the bargaining table.

And guess what: The Obama DOJ did what many observers (except Steph & Stank) saw coming a mile away and said “no go” because the merger would eliminate a wireless carrier and possibly cause consumers to pay more for service.

Steph & Stank were left licking their wounds and paying John Legere, then the flamboyant CEO of T-Mobile known for his long hair and leather jackets, that $6 billion fee. Legere, of course, is a perfect foil for the buttoned-down Texas suits — both optically and, as it turns out, operationally. He quickly rebranded T-Mobile as “Un-Carrier” and began a massive expansion including the acquisition of Sprint. His stock price soared.

Still undeterred in their quest for greatness, Steph & Stank then conjured up the odd notion that getting into the satellite-TV business was the key to success. They bought DirecTV for $49 billion in 2015, apparently unaware that the streaming revolution and cord cutting was making this business increasingly worthless.

In 2016 came the $85 billion deal for Warner (then called Time Warner) that suddenly made the Texas suits players in media (CNN), cable (HBO) and Hollywood (Warner Bros).

Again, it all sounded good on paper. But with so much time dedicated to buying Warner, integrating it into the larger company and defending it to then-President Donald Trump’s antitrust police who challenged the deal, Steph & Stank seemed to ignore just about everything else.

AT&T’s rollout of the next generation of wireless connectivity, superfast 5G, has now lagged significantly behind T-Mobile, and by having to focus on media so much, Steph & Stank allowed other competitors to get into the game at a faster clip.

Assets such as the floundering Direct­TV unit remained a drag on earnings because people hated the service, even if you could get “Game of Thrones” at a discount.

Steph & Stank were slow as Texas molasses to answer the Netflix and Amazon streaming juggernauts with something called HBO Max that came online only last year.

Through it all, Steph & Stank remained confident, at least publicly. Shares were getting crushed and an activist investor demanded changes, but Stephenson and his board last year appointed Stankey as new CEO.

Almost as soon as Stephenson was out of the way and on to retirement, Stankey sold a chunk of DirecTV, now valuing the asset at a fraction of its original cost. Ditto for the ill-fated Warner purchase, which after the Discovery deal will fetch AT&T only about $43 billion of the $85 billion it spent on buying the assets, not to mention the countless millions the company invested to fight the DOJ. (AT&T ultimately prevailed in court.)

AT&T officials say on paper the deal is closer to a wash because of cash flow produced over the past three years and other savings, but they don’t deny the mistake in strategy. Plus, you got to hand it to Stankey. That he still has his job as CEO is a testament to his willingness to throw his boss and himself under the proverbial bus. On the other hand, he ­really didn’t have much choice given what went down at AT&T.

But if you’re a shareholder, do you really trust this guy to run the show?