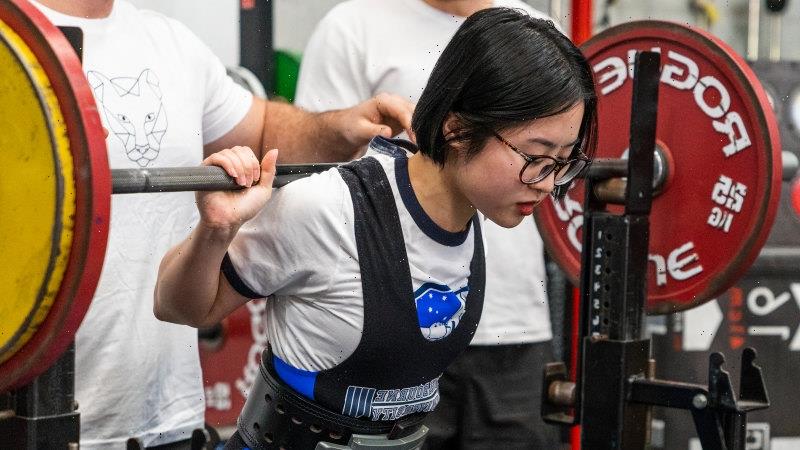 By Tom Cowie and Rachael Dexter 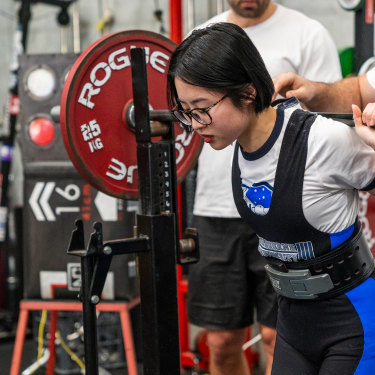 The sport of powerlifting has been rocked by a sexual harassment scandal involving one of its most influential figures, leaving the national body in tatters and provoking a searing conversation on the treatment of women.

As gyms and lifters fled from Powerlifting Australia in droves this week, the man at the centre of the storm, Robert Wilks, remained defiant after it was disclosed he had sued an alleged sexual harassment victim for defamation.

The Sunday Age can reveal that Mr Wilks regularly uses legal threats to stifle dissent in the powerlifting community, including concerns raised over his links to the ownership of several Melbourne brothels.

Mr Wilks has loomed large over powerlifting’s Australian community for more than 40 years, and is described by insiders as a Jim Jones-like cult figure, a dictator and a master manipulator. 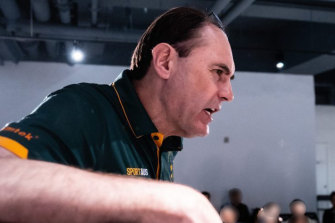 A former champion lifter himself, Mr Wilks has been a fierce advocate for a traditionally hyper-masculine sport that has long-held ambitions to become an Olympic event.

Mr Wilks’ legacy in the sport runs so deep that its scoring system is named after him. But drama has followed him since his departure from the upper reaches of the sport several years ago.

In 2015, Mr Wilks resigned from the executive committee of the International Powerlifting Federation when questioned about his connections to the sex industry.

Through his lawyer, the 67-year-old denied having any involvement or interest in any brothel business, personally or as a director.

Documents also show that the company’s headquarters is the same Exhibition Street office that Mr Wilks lists as his address as director and secretary of Powerlifting Australia. The title for that property is in Mr Wilks’ name.

IPF president Gaston Parage, speaking from his office in Luxembourg, said Mr Wilks’ links to brothels were raised as a potential ethical issue in 2015.

“I said to him when these [brothel] accusations came up in court, ‘what do you propose?’,” he says.

“He decided to resign. We did not force him. If someone has a daughter in powerlifting and he is coach of the women’s team, I think that could be a problem.”

Mr Wilks has previously stated that his resignation had nothing to do with his wife’s businesses.

When Mr Wilks tried to rejoin the IPF the year after his departure, his bid was rejected. He reacted by taking legal action in a Luxembourg court seeking to have the entire organisation dissolved.

The IPF responded by voting to kick Mr Wilks and Powerlifting Australia out of its competitions. Since then, he has waged several legal battles against those perceived to have wronged him.

The Sunday Age is aware of multiple defamation lawsuits launched by Mr Wilks against athletes who have questioned his methods – including young students.

Among them is 22-year-old international student Dori Qu, who was sued by Mr Wilks after she made a sexual harassment complaint about his behaviour as head coach of the Melbourne University Weightlifting and Powerlifting Club.

In another writ filed in the Victorian County Court last month, on the same day as his writ against Ms Qu, Mr Wilks took defamation action against 22-year-old lifter and coach, Victor Liu, over a post uploaded to Instagram. 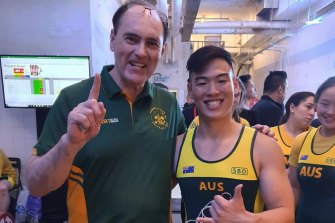 “Corruption is rampant within the organisation of Powerlifting Australia,” Mr Liu wrote, according to court documents. “I refuse to be silenced any longer.”

Mr Wilks was not named in Mr Liu’s post, which accused Powerlifting Australia’s leadership of bullying, intimidation and discrimination. The basis for the post was a decision to remove Mr Liu’s athletes from a competition after he fell out with Mr Wilks.

Mr Liu declined to comment on the matter while it is before the courts. However, many of Mr Wilks’ legal bids never even make it to the courtroom.

“This is a really long-term tactic of control and dominance,” says one person who has felt the legal wrath of Mr Wilks. 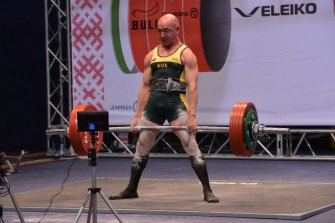 Mr Wilks’ legal threats are somewhat of an open secret in the close-knit powerlifting community, provoking fear in athletes and administrators The Sunday Age spoke to this week.

Mr Wilks, a registered psychologist, referred The Sunday Age’s questions to his solicitor, who did not address queries about his legal tactics.

In another case, Mr Wilks took lifter Sean Muir to court in 2018 after Mr Muir sent an email to key Powerlifting Australia members raising concerns about its expulsion from the IPF.

Mr Muir has since gone on to set up the Australian Powerlifting Union, the IPF’s new local affiliate. He says the legal battle with Mr Wilks dragged out for two years, costing around $100,000.

“That sort of financial strain puts a lot of stress on families,” he says.

However, it is Ms Qu’s experience that has truly shaken Mr Wilks’ grip on the sport of powerlifting. 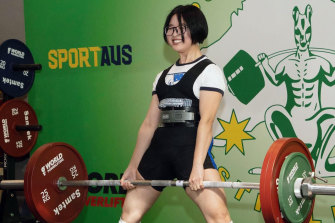 Her story, published in The Sunday Age last week, sent Powerlifting Australia into meltdown, triggering board resignations and a mass exodus of members.

Mr Wilks voluntarily stepped down as chief executive on the day of publication. He sent a statement to Powerlifting Australia members saying that he would be vindicated by any investigation.

“I look forward to re-embracing those who have allowed themselves to have doubts,” he wrote.

His replacement, Matthew McKay, resigned two days later. The future of the organisation, which runs national championships, is now under a cloud.

In his resignation statement, Mr McKay revealed the five-person board was unaware of Ms Qu’s sexual harassment complaint and Mr Wilks’ legal action against her until they received questions from The Sunday Age.

Court documents show the student’s complaint, alleging forced sexual acts, was sent to two executive staff before it ended up with Mr Wilks, who took legal action. Ms Qu has agreed to be identified in The Sunday Age.

Mr Wilks claims that the allegations were defamatory because they portrayed him as a “serial sexual predator who preys on small built Asian women.”

While the reckoning has been bloody for administrators, athletes say this week has been a turning point for the sport's treatment of women. 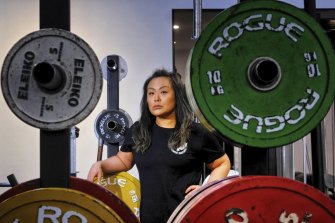 Powerlifter Ellie Won says a number of women have been sharing tales of bullying and harassment online.Credit:Luis Ascui

Melbourne lifter Ellie Won, 38, has watched as women across the powerlifting community shared their experiences online of being bullied and harassed by coaches and other lifters. She withdrew her membership of Powerlifting Australia when she heard about Ms Qu’s allegations.

“It has been quite horrific to hear,” she says. “We all need to demand changes in the sport at the top.”

An increasing number of women have taken up powerlifting in the past 10 years, Ms Won says, often drawn by posts on social media.

She says that they have little choice but to join gyms and sporting federations, mostly run by men or employing male coaches.

Anthony Krznar, 28, was among dozens of male gym owners, coaches and athletes who joined in the chorus of social media support for Ms Qu this week.

“Powerlifting can be a pretty vocal community but I’ve never seen anything like it, there’s thousands of us all banding behind one person,” said Mr Krznar, who trained under Mr Wilks for over a year and does not know Ms Qu. 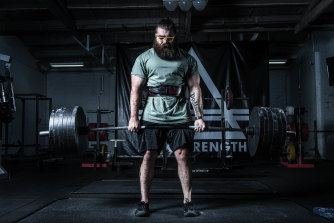 Gym owner Anthony Krznar is encouraging people to speak out about the treatment of women in powerlifting.Credit:Justin McManus

Mr Krznar withdrew his membership from Powerlifting Australia early last year. He now co-owns a powerlifting gym in Melbourne’s north where he tries to foster an inclusive environment for women.

He says Ms Qu’s case should be a wake-up call to the entire lifting community. He encourages everyone to speak up when they see people being mistreated:

“Don’t just sit idly on the sidelines because you don’t elicit change like that.”