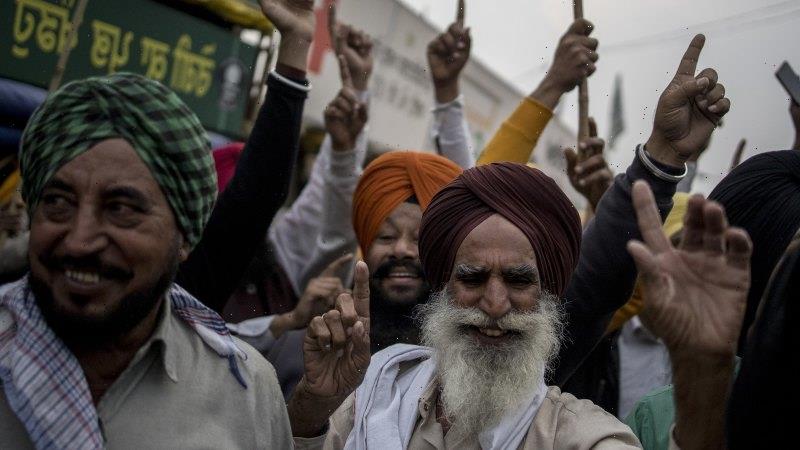 How India’s farmers forced Modi into a rare backdown

New Delhi: Om Prakash relied on relatives and neighbours to tend his wheat and vegetable fields. He ate food donated by sympathisers at home and abroad. When he felt feverish, he turned to volunteer medical workers huddled, like him, near a noisy overpass for months, through heat and cold and a deadly viral outbreak.

Now, his year away from his farm and his family has finally paid off. 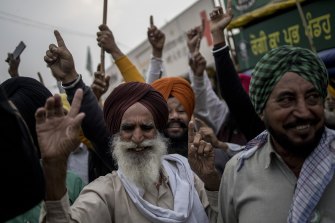 Farmers celebrate at a protest site on the Delhi-Haryana border crossing in Singhu, Delhi, India after Prime Minister Narendra Modi made his biggest policy reversal since assuming power in 2014, scrapping controversial farm laws.Credit:Bloomberg

Prakash was one of thousands of farmers in India who used their organisational skills, broad support network and sheer persistence to force one of the country’s most powerful leaders in modern history into a rare retreat. Prime Minister Narendra Modi on Friday said members of parliament would repeal new agricultural laws that the protesting farmers feared would leave them vulnerable to rapacious big companies and destroy their way of life.

Their victory won’t help India solve the deep inefficiencies that plague its farming sector, problems that leave people malnourished in some places even as grain in other parts is unused or exported. But it showed how a group desperate to preserve its hold on a middle-class way of life could successfully challenge a government more accustomed to squelching dissent than reckoning with it.

“It’s the power, it’s the force, it’s the struggle, it’s the sacrifice of more than 700 farmers on these borders which have compelled Mr Modi to come down to repeal these laws,” said Darshant Pal Singh, one of nine farm protest leaders.

The farmers, who camped out on the outskirts of India’s capital, New Delhi, for a year, endured more than the elements. A vicious second wave of COVID-19 roared through the city in the spring. The movement also experienced two violent episodes that led to the deaths of protesters, one in New Delhi in January and a second last month in the neighbouring state of Uttar Pradesh, that increased pressure on the group to give up. 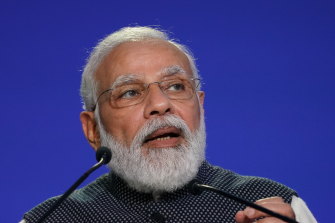 But the farmers’ insistence on pressing their campaign, their support from a global network of allies and the nonviolent nature of the protests proved to be keys to their success, their backers say. Despite the deaths and a few other incidents, the farmer protests were largely peaceful. Other recent protest movements, such as one against a law that fast-tracked citizenship for some groups but excluded Muslims, were plagued by violence.

The effort isn’t over yet. The farmers have vowed to continue their protests until the government submits to another demand, that it guarantee a minimum price for nearly two dozen crops. Rather than retreat now, they sense an opportunity to push even harder on a prime minister who is nervously watching his party’s poll numbers dip in a string of states with elections next year. The government has said it will form a committee to consider the matter.

India’s farming system still needs to be fixed, a fact that even many of the protesting farmers acknowledge. Initiated during a time of widespread starvation in the 1960s, the system created centralised markets where farmers could sell their crops. Some of the proceeds are funnelled back to farming communities through infrastructure projects, pensions and programs providing free technical advice on matters such as seed and fertiliser.

Today, that system has contributed to inefficiencies: The government subsidises water-intensive crops in drought-stricken lands. Farming focuses on staple grains while more nutritious crops, such as leafy vegetables, are neglected. 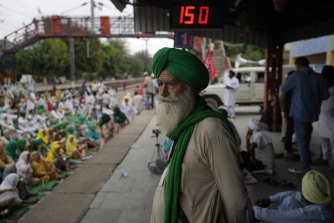 Most of the 60 per cent of the country employed in agriculture survives on subsistence farming. While some farmers enjoy middle-class lives, helped by modern aids such as tractors and irrigation, many others do not see a profit and are in debt. With city and factory jobs hard to find in a country still struggling with poverty, many farm children emigrate to find a better life.

Modi’s laws were aimed at bringing more private money into agriculture and making it more receptive to market forces. Singh, the protest leader, said many farmers would prefer subsidies over a wider range of output.

“The root of the agricultural issue in India is that farmers are not getting the proper value of their crops,” Singh said. “There are two ways to see reforms – giving away land to the corporations, the big people, the capitalists. The other is to help the farmers increase their yields.”

The movement started in Punjab, home to a large community of Sikhs, a religious group, and some of the country’s richest agricultural land. Protest leaders leaned on both to organise and finance their yearlong demonstrations.

Financial aid, particularly from Sikh temples and organisations outside India, has been critical to the movement’s staying power, said Baldev Singh Sirsa, a farm leader.

Organisers leaned heavily on the Punjabi Sikh diaspora. Big charities such as Khalsa Aid International, a British relief group, raised money for the protesters. Smaller ones, such as the Midland Langar Seva Society, also based in Britain, chipped in too.

The protesters made sure their grievances were heard abroad. Supporters braved freezing temperatures in Toronto and Montreal to hold signs outside Indian consulates in Canada. Protesters marched across from UN headquarters in New York. The campaign worked: Justin Trudeau, Canada’s prime minister, and Rihanna, the pop singer, spoke in solidarity.

Organisers also cited the philosophy of Sikhism, which emphasises supporting victims of injustice and the value of the community over the individual. The farmer movement’s sprawling protest camps — which have fed and clothed thousands of people daily and provided clean water, sanitation and even barbershops and tailors — reflected the Sikh value of self-sufficiency, they said.

Members of Modi’s Bharatiya Janata Party, or BJP, labelled the protesters Khalistanis, a term referring to separatists who years ago campaigned and even fought to create an independent Sikh state. In response, protest organisers tried to quell tempers even while seeking ways to make sure they were seen and heard.

That self-discipline was put to the test at times.

In January, as India celebrated Republic Day, a national holiday, some farmers rode tractors over police barricades into New Delhi, leading to the death of one protester. Political analysts declared the movement dead. But organisers retreated behind the barricades and resumed their peaceful protests through the harsh winter, a devastating wave of the coronavirus, a scorching summer and into the fall. 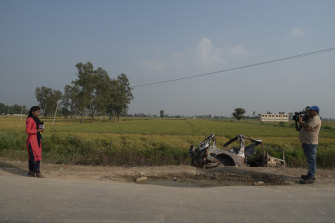 Journalists next to one of the two vehicles set ablaze after a convoy rammed into protesters in Lakhimpur Kheri, Uttar Pradesh, India, October 7, 2021. Credit:Saumya Khandelwal/The New York Times

Then, in October, a BJP convoy rammed into a group of protesting farmers, resulting in the deaths of four protesters along with four other people, including a local journalist. The son of one of Modi’s ministers is among those under investigation in connection with the episode.

That incident, which came after the protesters decided to shadow campaigning BJP officials to draw cameras, may have been a turning point. The BJP’s poll numbers soon dropped in Uttar Pradesh, where the deaths took place. Party officials began to worry that they could lose the state in elections set for early next year.

A day after Modi’s surprise announcement, the mood near Singhu, a village in the state of Haryana that borders the capital, was sombre. Religious music and political speeches blared from loudspeakers across the makeshift village of bamboo huts, where people hawked T-shirts and flags that said, “No farmers, no food.”

Outside one of the huts serving free vegetarian lunch, Prakash, the farmer, described sleeping though cold weather and rain next to a busy road, leaving his farm in the care of his brothers’ children.

Prakash, who lives off his pension from 20 years in the Indian air force, does not need the farm to survive. Instead, holding on to the 7 acres he and his siblings inherited from their parents ensures they can maintain a middle-class life in a country where the vagaries of the economy often suck people back into poverty.

Prakash said that the family farm had supported his ambitions and that he wanted the same for his children.

“To save our motherland,” he said, “we can stay here another two years.”

5 things to watch for as the Chicago Bears host the Baltimore Ravens, including a Lamar Jackson vs. Justin Fields showdown — plus our Week 11 predictions – The Denver Post

Who Are the A-List Actors Behind the Voices in Disney's 'Treasure Planet'?
World News