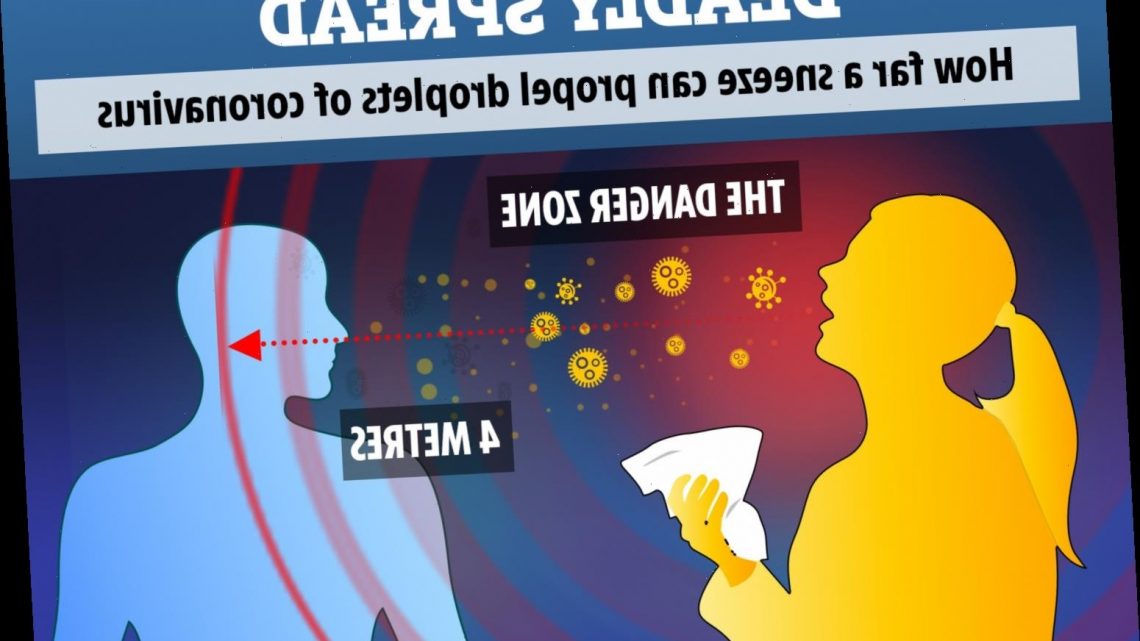 AN outbreak of the deadly new coronavirus is continuing to sweep the globe at an alarming rate.

Experts revealed that coronavirus is spread from human-to-human – through coughing, sneezing or even touching contaminated surfaces. 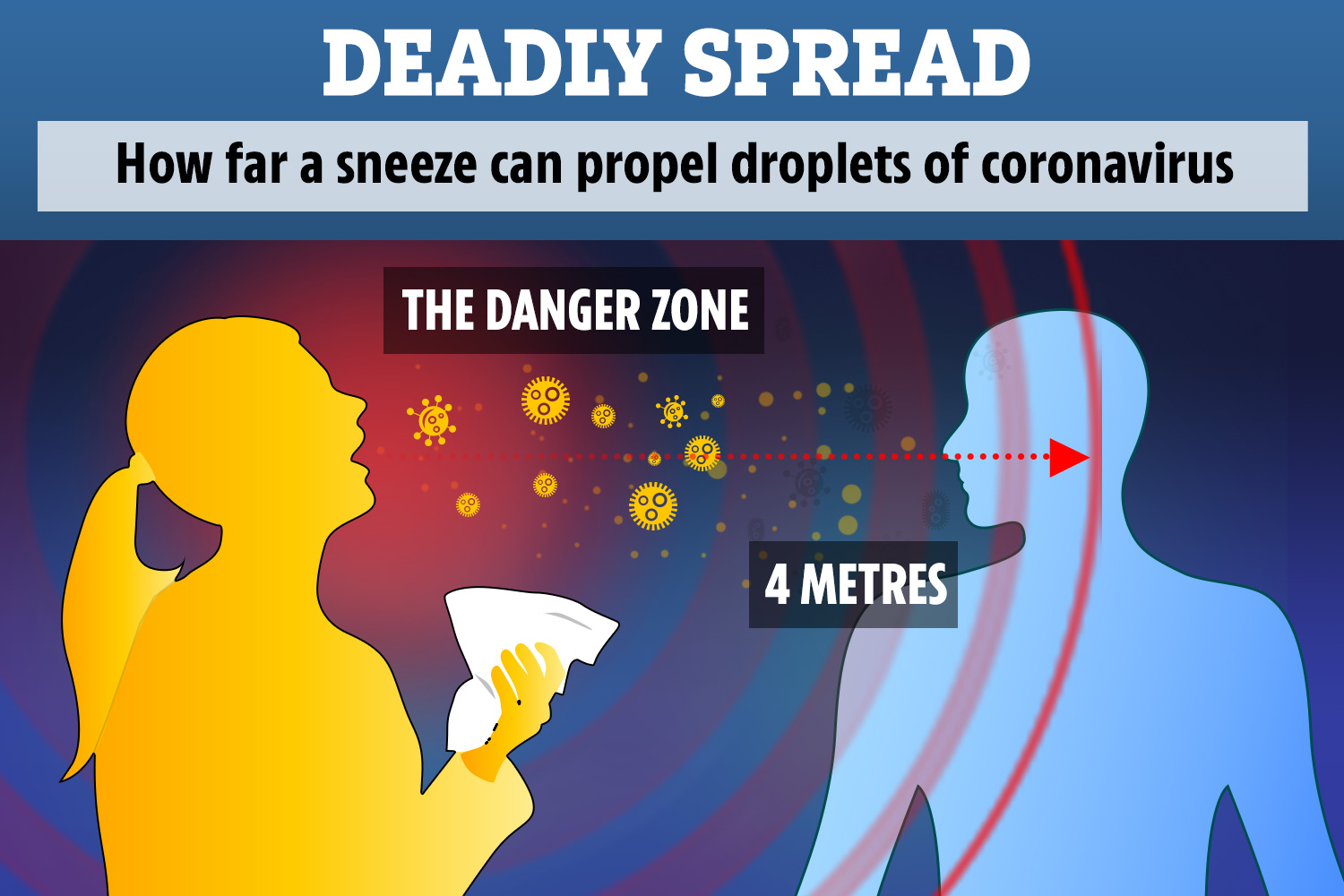 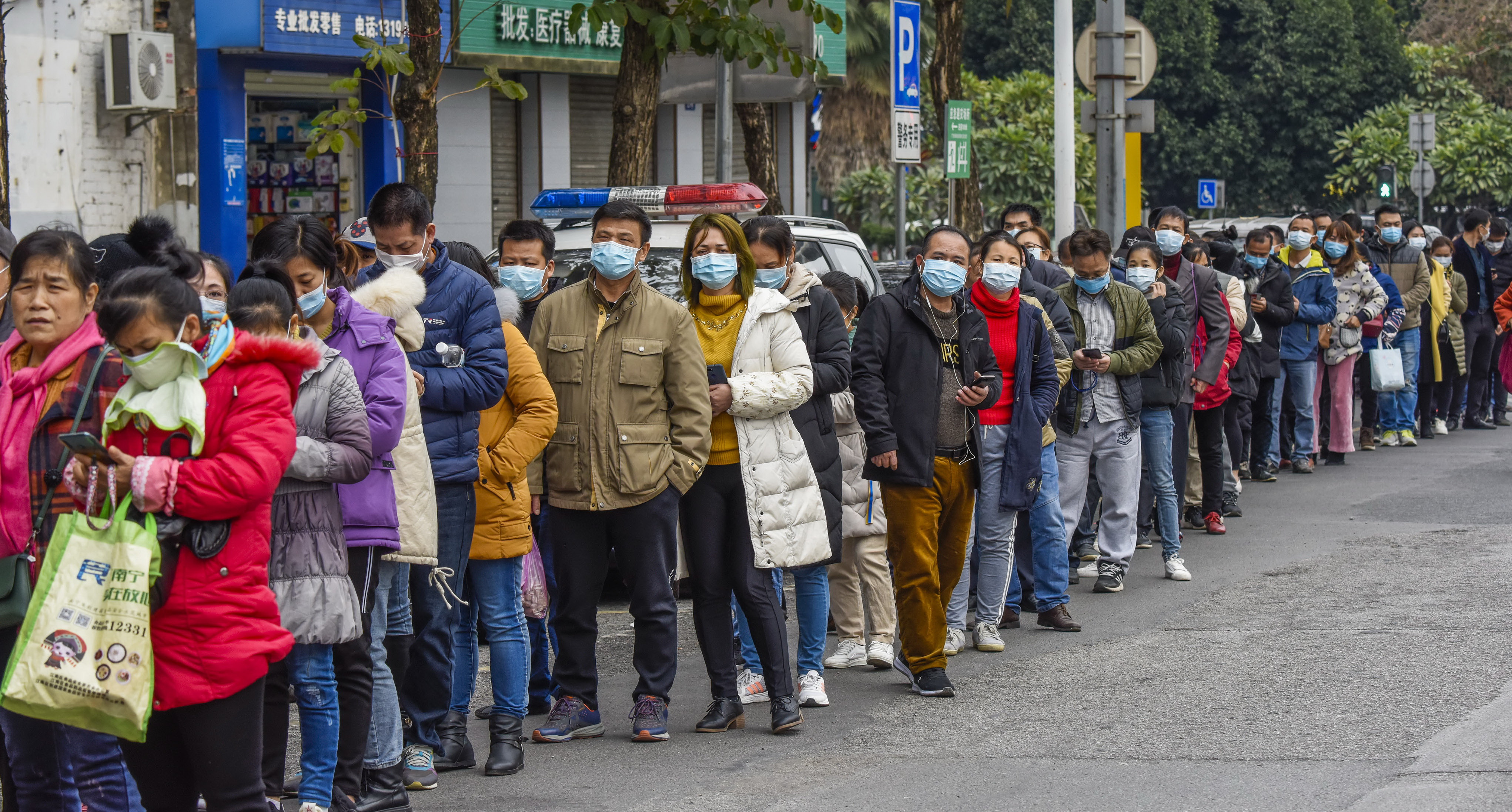 To reduce the risk of transmission, the World Health Organisation warns that people should practice good hygiene.

This includes covering our mouths when we cough or sneeze.

That's because a sneeze can propel droplets of the deadly virus a whopping four metres – or 13ft.

And they can live for up to 45 minutes – long enough for several people to unwittingly pick up the killer germ.

Research from the University of Queensland in Australia also revealed how a sneeze can travel.

Scientists analysed the lifespan of pseudomonas aeruginosa bacteria, a type of bacteria that can cause infection in people whose immune systems are already down.

It is most commonly associated with hospital-acquired infections, such as pneumonia, and is spread by coughing and sneezing.

Professor Lidia Morawska, lead author and director of the International Laboratory for Air Quality and Health at the university, said: "Our previous research had found that these pathogens travelled up to four metres and stayed viable for 45 minutes after being coughed into the air. 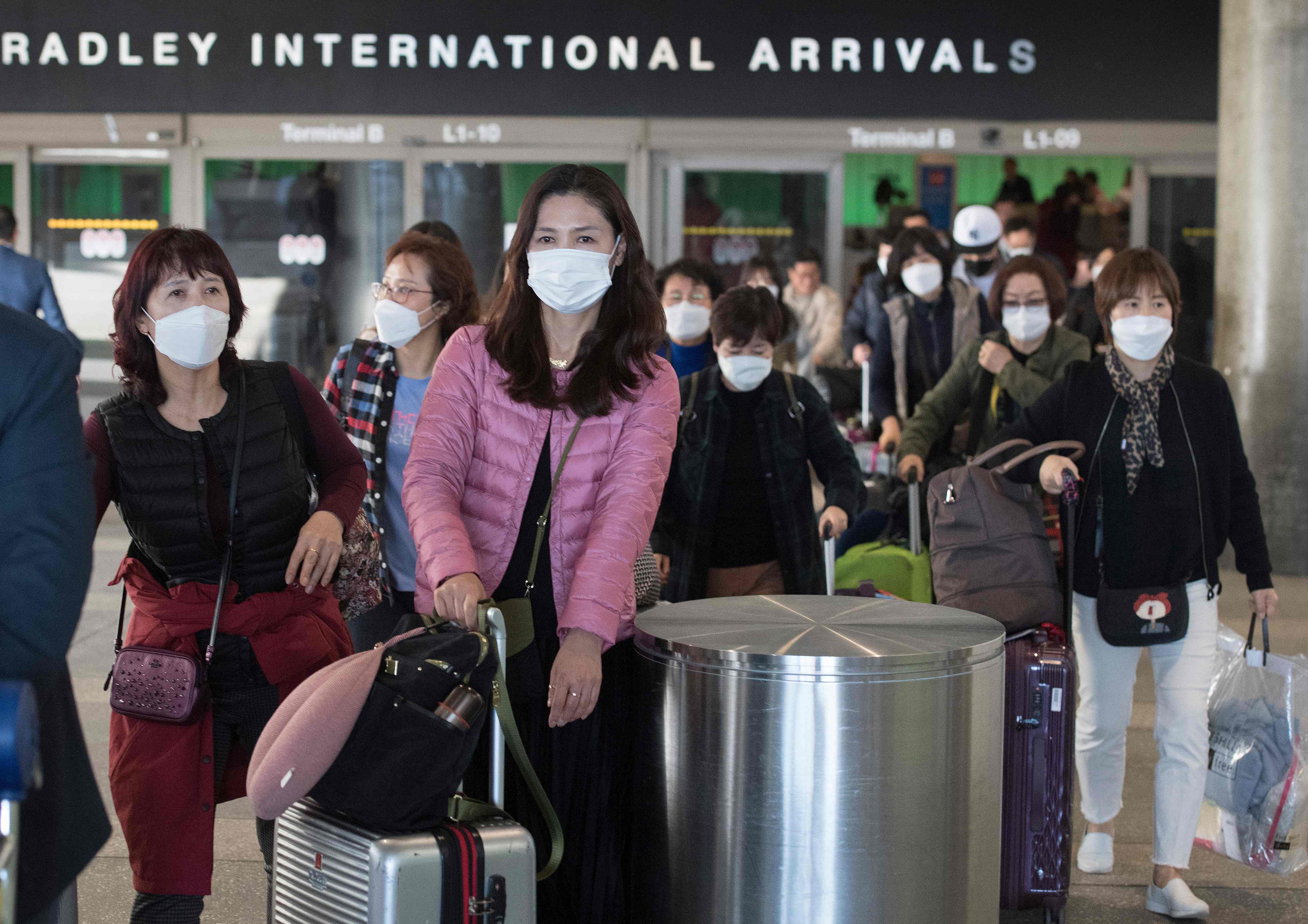 "We wanted to find out how far bacteria-carrying droplets expelled by sneezes or coughs travel such distances and remain able to infect other people after such a long time.

"Most research in this area to date has focused on laboratory-generated bio-aerosols, or airborne droplets, which are different from natural respiratory droplets generated by humans in composition and mechanisms of production.

"We developed a novel technique to target the short-term and long-term ageing of bio-aerosols from people, without contamination from the ambient air."

But the bacteria died at different rates.

This poses a threat to vulnerable patients who may be exposed to the germs.

"They also partly degrade through contact with oxygen in the air, with larger droplets taking much longer to evaporate.

"We found that the concentration of active bacteria in the dried droplets showed rapid decay with a 10-second half-life for most of the bacteria but a subset of bacteria had a half-life of more than 10 minutes.

"This suggests some of the pseudomonas aeruginosa bacteria are resistant to rapid biological decay and thus remain viable in room air long enough to form an airborne infection risk, especially to people with respiratory problems such as patients with cystic fibrosis."

The new coronavirus is believed to have originated late last year in a food market in the Chinese city of Wuhan that was illegally selling wildlife.

Health experts think it may have originated in bats and then passed to humans, possibly via another animal species.

It can be transmitted from person to person, although it is not clear how easily that happens.

Most cases so far are in people who have been in Wuhan, family members of those infected, or medical workers.

Although there have been a handful of confirmed cases of people who haven't visited China. 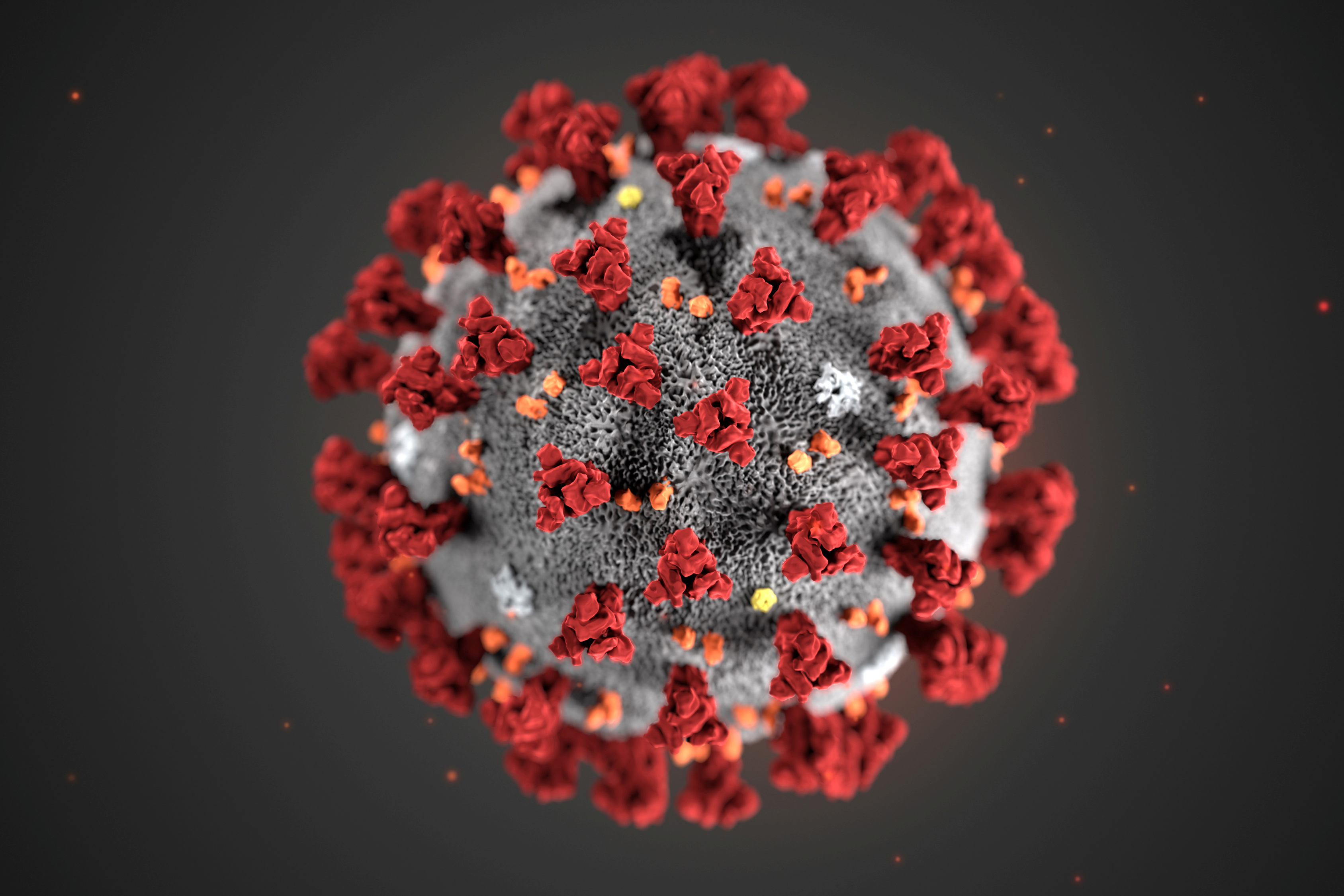 Authorities have said that those who develop symptoms such as coughing and fever who have been in China in the last 14 days should call ahead to a healthcare professional to establish if they need to be tested.

It comes as British health officials prepare to evacuate Brits stranded in the crisis-hit country.

A plane was initially booked to evacuate hundreds of expats from the ground zero region today but was blocked from leaving after officials failed to get clearance from Chinese authorities.

Those evacuated from Wuhan will be quarantined for up to 14 days at an NHS facility in the North West, it's reported.

It comes as British Airways suspended all flights to and from mainland China where up to 200 Brits are stranded.