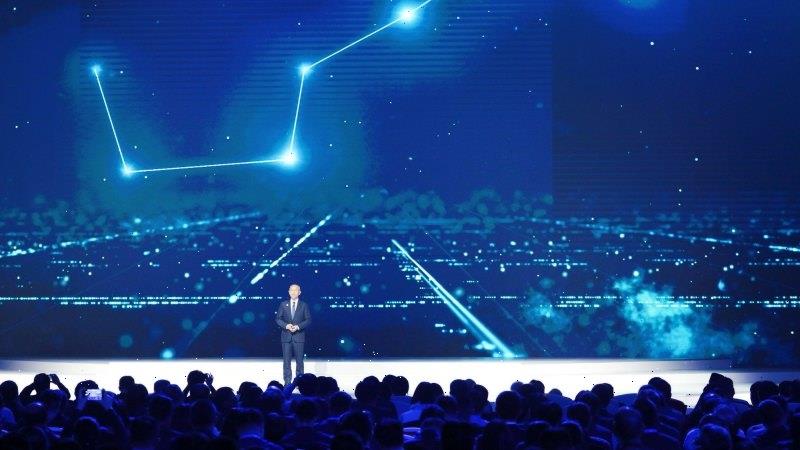 China’s growing “greyzone” activities in the South Pacific were undoubtedly high on the agenda at Friday’s meeting in Melbourne of the Quad, the security partnership between the United States, Australia, India and Japan. US Secretary of State Anthony Blinken flew in just for the meeting.

China is using the recent humanitarian crises in the Pacific to normalise the People’s Liberation Army’s presence in the region. It is one thing for Beijing to offer aid in a severe natural disaster such as occurred in Tonga, but another for it to profit from a conflict provoked by China’s own political interference in local politics by inserting a quasi-military presence to help prop up the Solomon Islands’ corrupt and incompetent government. 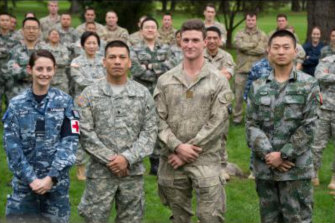 Welcome, China: defence personnel from Australia, the US, New Zealand and China who joined a multinational task group led by the NZ Defence Force and undertook community projects in Tonga in 2016. Credit:NZDF

The Australian Defence Force defines greyzone activities as military and non-military acts of assertiveness or coercion aimed at achieving strategic goals. Between August and September last year, China sent a PLA-navy electronic reconnaissance vessel to operate for weeks in the territorial waters of Australia and New Zealand and the French territory of New Caledonia.

And just in the past month, China dispatched a PLA-air force plane loaded with riot equipment and six advisers to the Solomons, plus a group in camouflage gear with a large supply of electric cattle prods who arrived via a commercial flight from Guangzhou. It directed Chinese fishing vessels based in Fiji to rush dated food supplies to Tonga, so that the Chinese Communist Party newspaper Global Times could boast that China was the first country to send assistance to Tonga after the disaster, then sent two PLA-navy vessels and two PLA-air force planes to deliver further aid.

China next announced it was setting up a permanent disaster relief platform in Guangzhou for crises in the Pacific. And it trumpeted meetings to strengthen further military co-operation with Fiji and New Zealand. The PLA navy and airforce units sent to the Solomons and Tonga were from the Southern Theatre Command in Guangzhou, which has run extensive military exercises in the Western Pacific in the past two years.

The Chinese government sponsors political interference activities in every state and territory of the Pacific, weakening already fragile political systems. From Kiribati to Vanuatu to French Polynesia, China has repeatedly tried to gain access to militarily significant airfields and ports.

China provides weapons, military vehicles and vessels, uniforms, training and military buildings to the military forces of Fiji, PNG and Tonga, and to the police forces of Vanuatu and now the Solomons. China uses PLA-navy vessels to conduct regular military diplomacy visits to the Pacific. 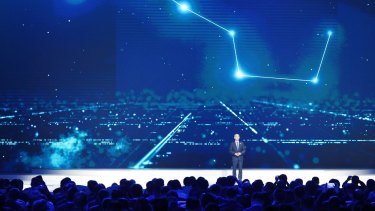 The PLA’s Yuanwang space-tracking vessels deploy to the Pacific during missile and satellite launches, using Papeete and Suva as their base ports.

China is using its Pacific embassies as ground station sites for Beidou, China’s equivalent to GPS. Like GPS, it is a military technology, crucial for missile targeting and timing.

Australia and New Zealand’s current defence assessments raise deep concerns about China’s expanding military presence in the Pacific. The China focus of the Quad talks shows that the Biden administration shares these concerns.

The bitter irony for Australia and other partner governments is that, until recently, they were actively inviting China to grow its military presence in the Pacific. In 2014, Chinese soldiers participated in joint military exercises with US and Australian troops in Darwin and Australian Defence Force personnel were deployed on China’s military hospital ship. Australia and New Zealand encouraged China to participate in multilateral efforts for stability operations in the Pacific in times of political instability.

Successive New Zealand governments encouraged China to be active in the South Pacific; initially as a balance to Soviet influence, as an aid donor, and as part of “diversification” of New Zealand’s military links away from Five Eyes. PLA engineers were invited to join the New Zealand Defence Force-led joint humanitarian exercise Operation Tropic Twilight held in the Cook Islands in 2015 and Tonga in 2016.

Australia, France, Tonga, Britain, and the US also participated in those exercises. The goal was to develop the New Zealand Defence Force’s capability to deploy alongside non-traditional partner militaries to provide humanitarian assistance and disaster relief in the Pacific.

Until recently, Australia had the closest defence relationship with China of any of the Five Eyes states, formalised by the annual Australia–China Defence Strategic Dialogue first established in 1997. But that dialogue has not been held since 2019.

After the disastrous volcanic eruption and tsunami in Tonga in January this year, the Australian Defence Force took the lead in co-ordinating an international relief effort. Military and civilian personnel from Australia, Fiji, France, Japan, New Zealand, Tonga, the UK and the US took part. The co-ordination of relief efforts ensures an aid recipient nation’s air and sea ports are not overwhelmed, that supplies received are needed, delivered at the right time, and that efforts aren’t duplicated.

The Chinese government appears to be using the PLA’s growing humanitarian assistance and peacekeeping activities as a means to hone the skills necessary for a global combat capability and to develop the infrastructure to support it.

Secretary of State Blinken’s visit to Australia was followed by a meeting with 18 Pacific foreign ministers in Suva. The Biden White House released their Indo-Pacific Strategy, which is focused on coalition-building. After years of neglect, the US is returning to a more active presence in the Pacific.

The US, Australia and New Zealand are on the back foot in trying to deal with China’s provocative greyzone activities in the Pacific. They also have to deal with the bitter knowledge that their own governments’ wrong-headed policies accelerated the PLA’s expansion into the Pacific and gave it legitimacy.