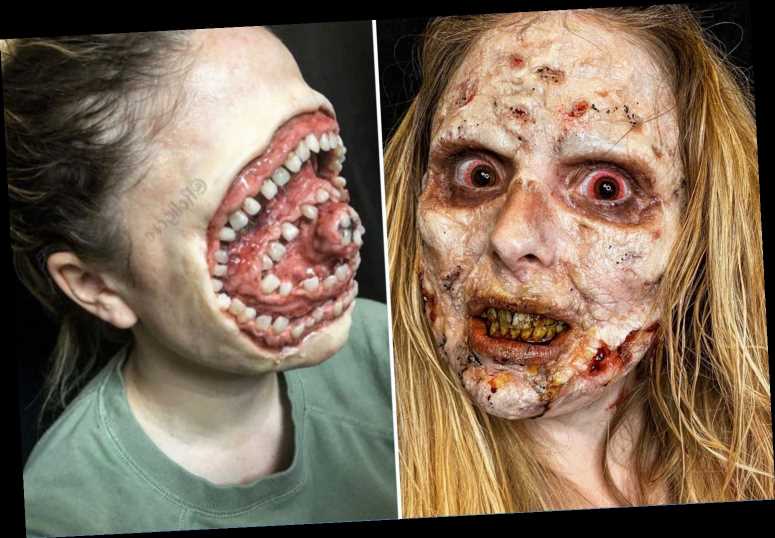 Charlotte, 27, of Hampshire, has created gory looks that give the illusion her eyes are falling out from the sockets and skin is being ripped off. 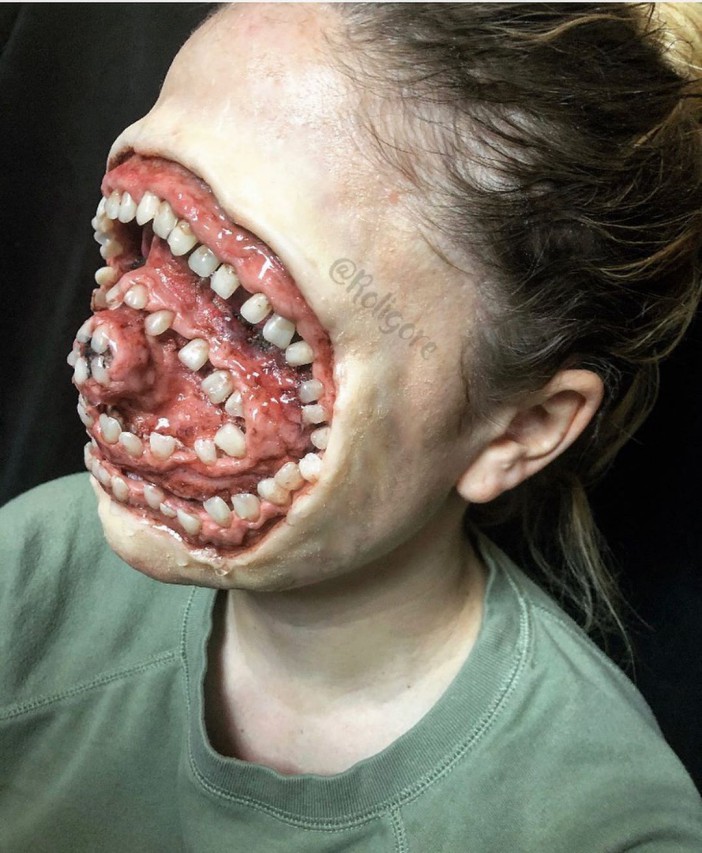 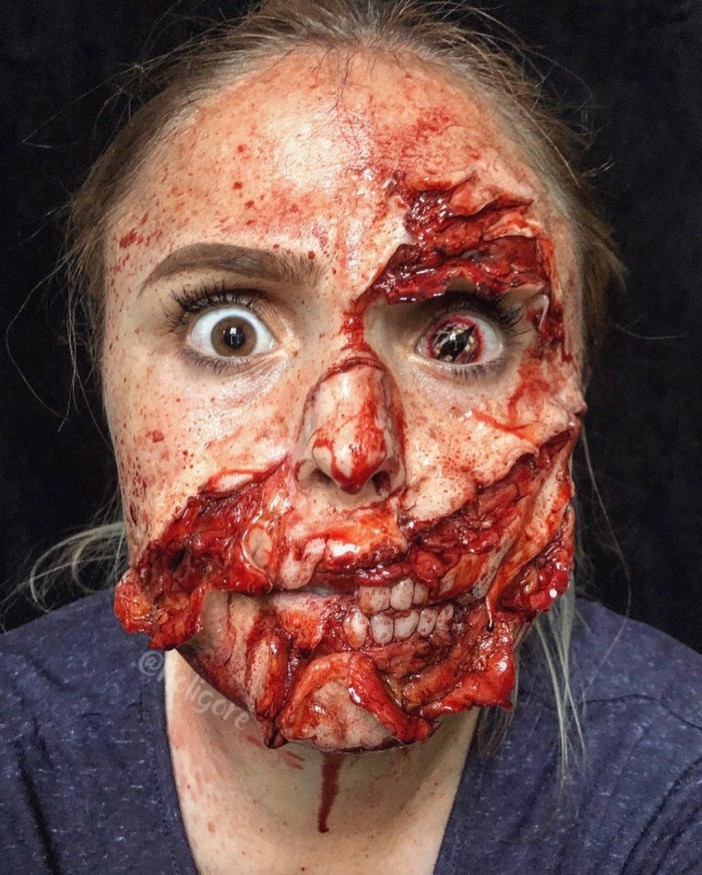 She used incredible optical illusions inspired by her favourite horror films, which have attracted over 295,000 followers on her Instagram.

Charlotte became a make-up artist because of an injury, which left her with hours of spare time to practice her skills.

She said: “I’ve always liked makeup but I got into SFX due to breaking my leg near Halloween around six years ago!

“I ended up with a lot of free time, so I sat down and started to do face paint looks and basic wounds – over the years it just progressed into what I do now. 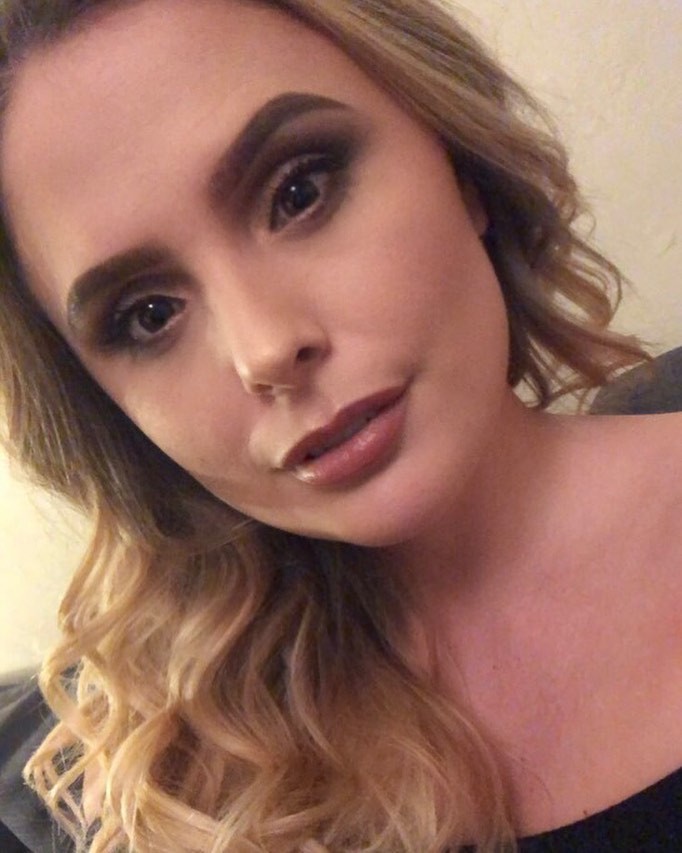 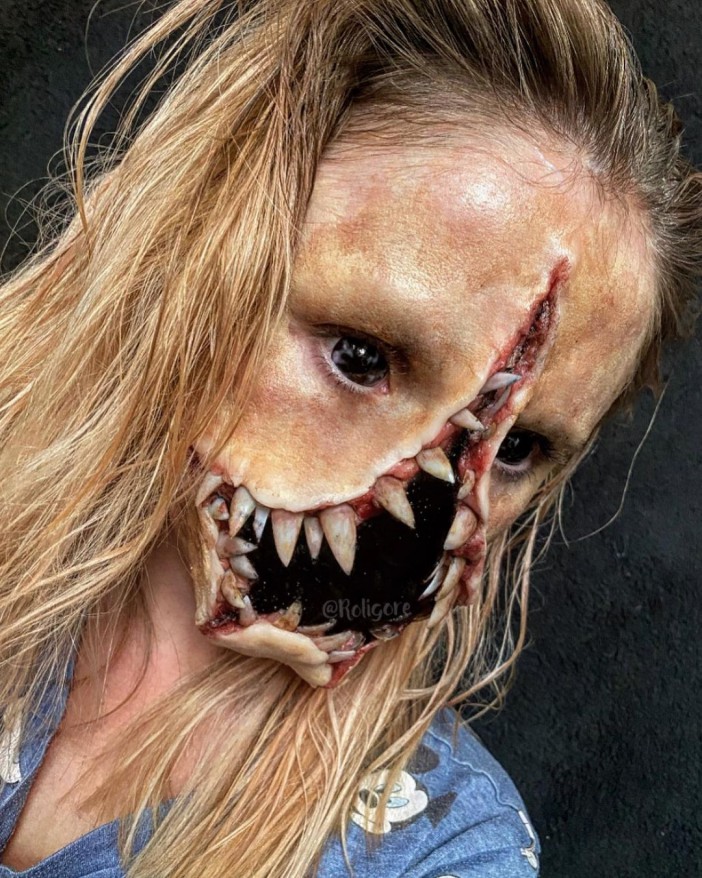 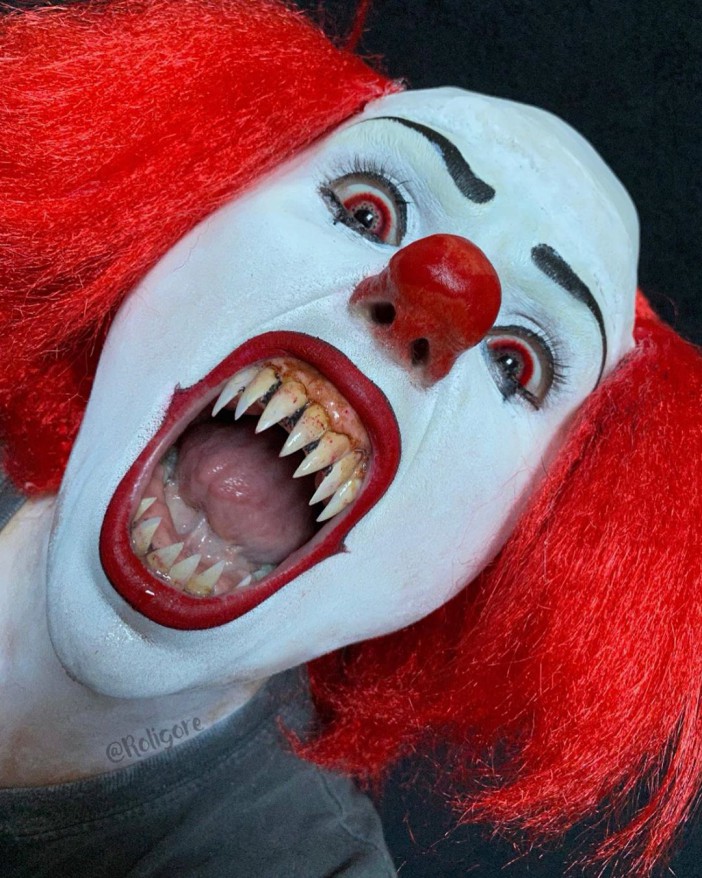 "I guess I find the gory/unusual style so different from what you see online compared to other makeup."

She recreates monsters like Jeff "the 600 foot worm" from Men and Black – masking her eyes to give the illusion that her entire face is made of rings of teeth.

Other terrifying transformations include an illusion that her skin has been mauled, that she's picking an eye ball out with a fork, as well as a replica of Pennywise from IT. 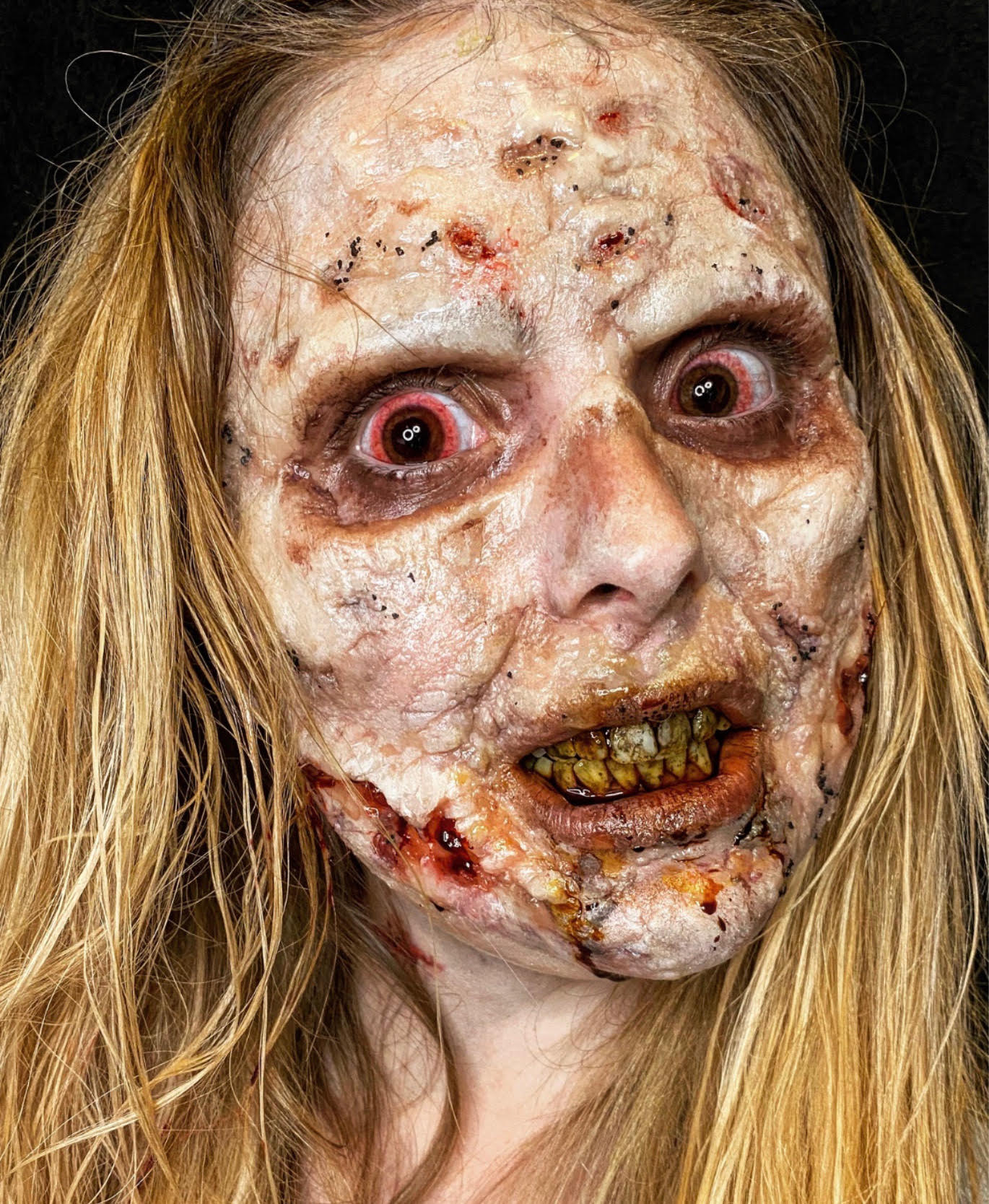 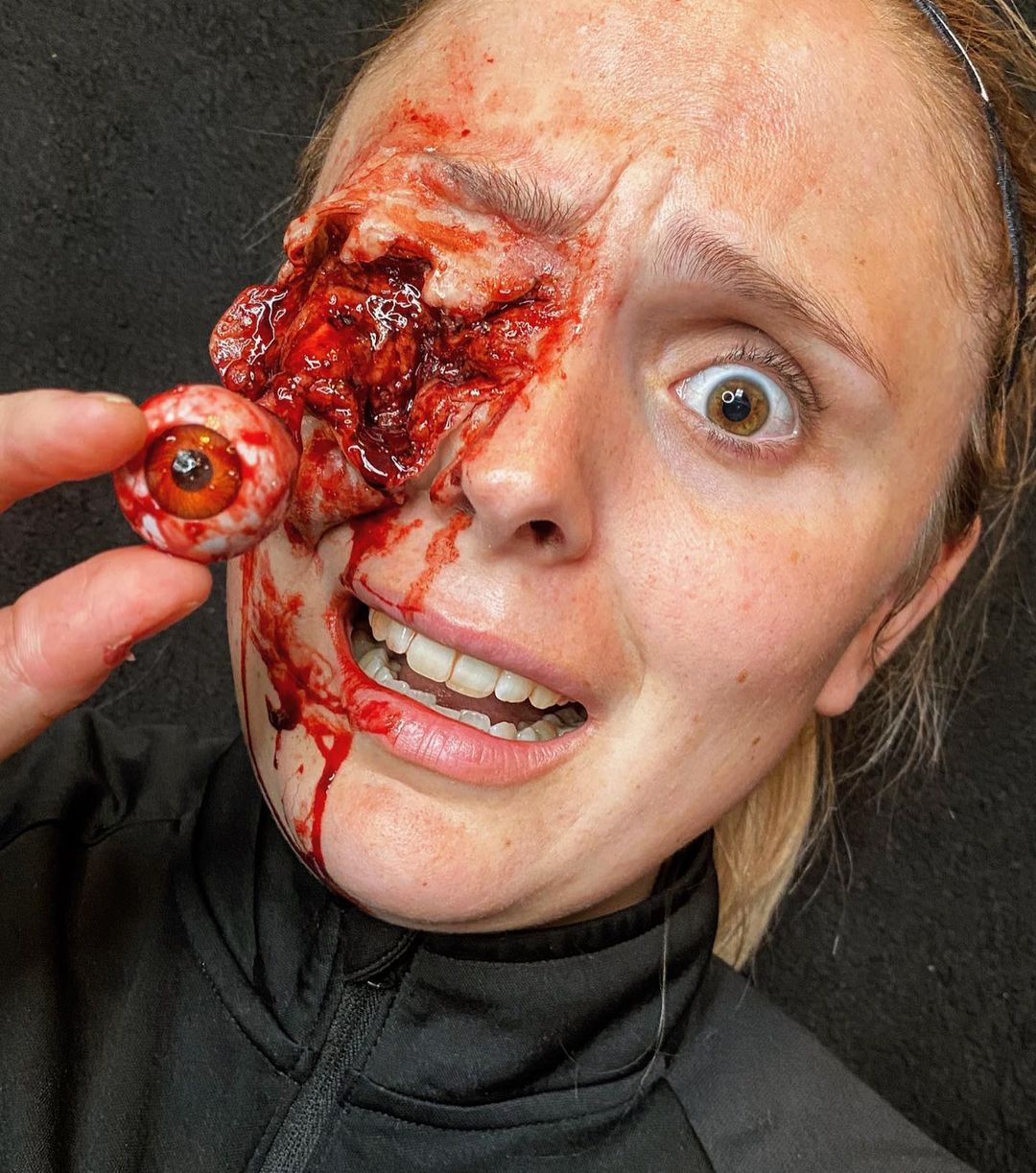 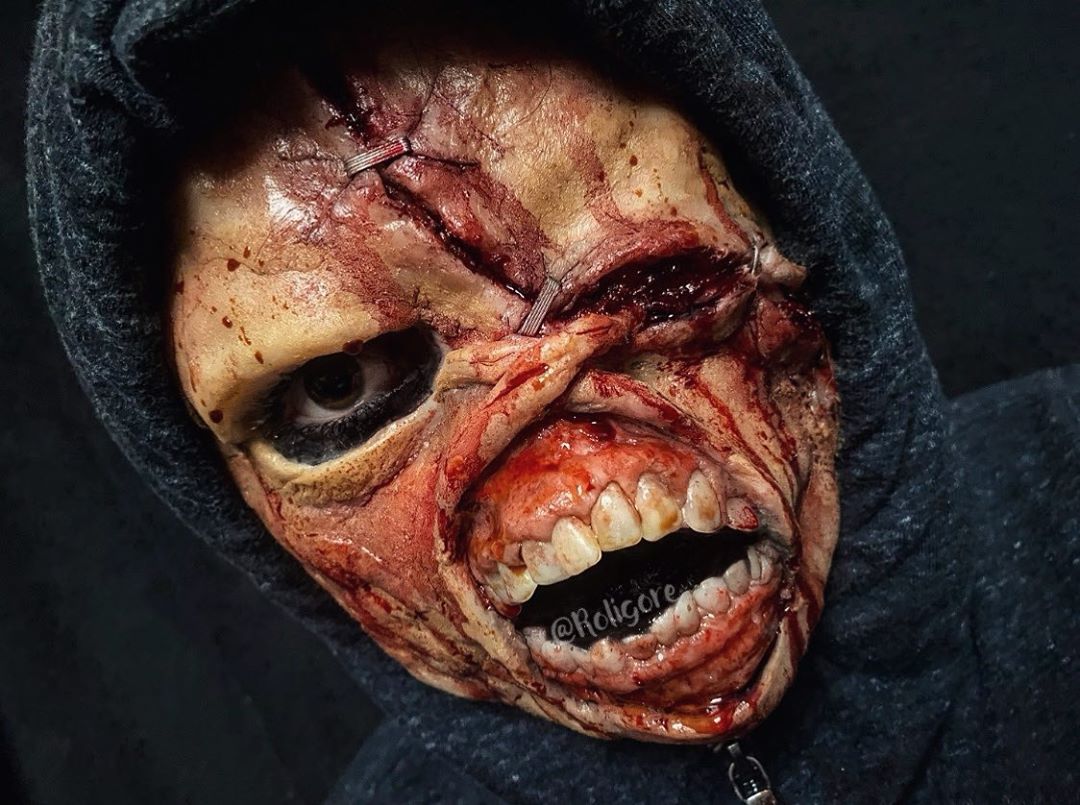 It can take Charlotte two to three hours to complete a transformation, but she says she spends no more than £30 on new products

She says: “I love doing ‘teeth’ looks as I find them to be super creepy, yet creative!”

But Charlotte also gets inspiration from her favourite films and TV shows, such as Bird Box, Game of Thrones and even RuPauls' Drag Race.

Charlotte explains: “I am self-taught, at first I would watch the odd YouTube video in the early days, but I often wanted to just learn myself.

“I would just place the wax on my hand and work it out from there, which is what I often do now."

It can take Charlotte two to three hours to complete a transformation, but she says she spends no more than £30 on new products.

She uses skin protector, spirit gum and wax to make her face into a blank canvass.

Charlotte says: “I still have a long way to go, though I started seven years ago, it took me about two to three years to really progress.

“I feel however I have grown the most in the last year, where I have focused on doing more makeup on my face.”

TMZ's 2020 Halloween Costumes Crush it with Pop Culture and Politics