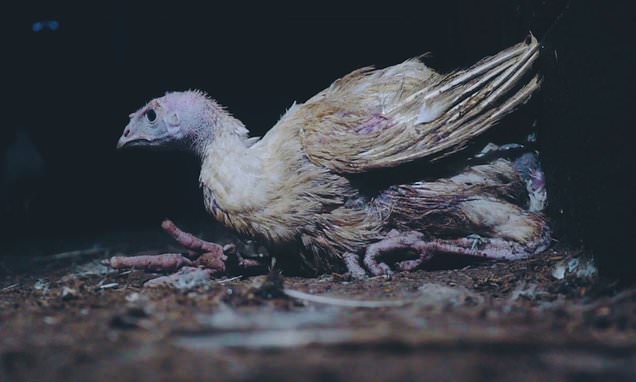 Animal rights group Surge Activism claim the footage was shot at a farm in Sudbrooke, Lincolnshire, earlier this year, which sells to Tesco, Morrisons, Aldi and Lidl.

Young birds suffering with leg problems, struggling to walk or slumped on the ground have emerged in the worrying clips.

Unwell turkeys being pecked by other birds are also claimed to have been film undercover by the group.

Avanta Food Group runs the farm, which is owned by Faccenda Foods, but it is not claimed the meat from this particular farm ended up on the shelves of the leading supermarket chains.

Ed Winters, founder of Surge Activism, said: ‘These animals are treated as nothing other than commodities.

‘This is the bleak reality of what life is like for farmed animals in the UK, a country that preaches to have some of the highest animal welfare standards in the world.

‘What this proves is that welfare regulations will never be able to safeguard these animals and as long as there is demand, there will be exploitation.

‘The only way to truly end animal suffering is to live a vegan lifestyle.’ 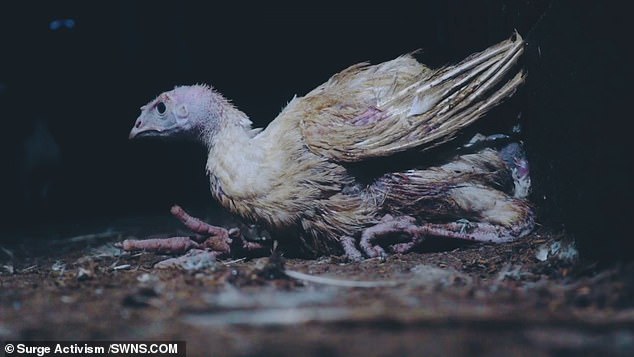 Mr Winters added: ‘Turkeys form strong social bonds with their families and flockmates, sometimes travelling in the wild with groups of 200 or more.

‘Turkeys have friends, likes, dislikes, and desires – however right now millions of turkeys across the UK are spending their lives in confinement, crammed desperately amongst each other, never seeing daylight until the day they are killed.

‘The retailers claim high animal welfare standards and pride themselves in working closely with regional suppliers via traceability and provenance.’

Surge Activism claims it got hold of the footage legally back in January this year and the birds are aged between eight and 26 week-old.

Faccenda’s supply has more than a £500m turnover per year and is Britain’s largest privately owned business, which employs more than 3,500 people nationwide.

Every year, it processes more than 100 million turkeys and chickens. 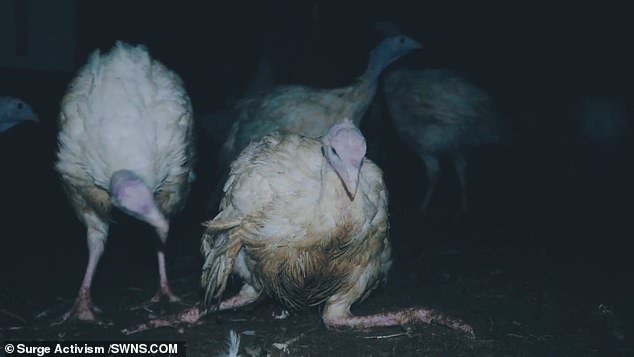 But Avanta, which runs the farm, said the footage was ‘edited’ but it featured ‘turkeys that were suffering with health issues, which should have been addressed sooner.’

A spokesman said: ‘The undercover footage from early in 2018 has been edited to focus on a small number of turkeys that were suffering with health issues, which should have been addressed sooner.

‘We’ve addressed this with the team on the farm.

‘As soon as we first saw this film, in March this year, we immediately took action. 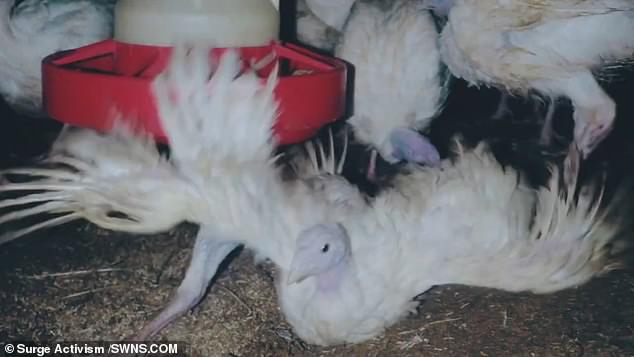 ‘We identified the farm involved and requested three independent audits, as well as increasing the number of visits by our own team.

‘None of these audits reported concerns about the health of the birds on site, or the environment they were living in.

‘However, we are not complacent and remain vigilant.

‘We will continue to monitor and always encourage anyone with concerns to contact us so that we continue to meet the highest standards.

‘We accept that the undercover footage shows turkeys that are having difficulty walking and that we should have identified and removed these birds sooner. 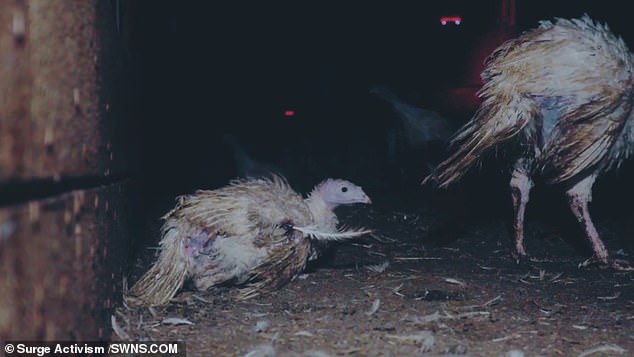 ‘We remain concerned about the practice of breaking into farms and disturbing birds with bright lights while they are sleeping.’

A Lidl spokesman said it did not stock any of Faccenda’s turkey products in any of its stores.

Meanwhile, Tesco, Morrisons and Aldi have been contacted for comment.

A British Retail Consortium, which represents major UK supermarkets, said: ‘Our members take their responsibilities to animal welfare very seriously and work closely with trusted suppliers so that high welfare standards are upheld.

‘They have strict processes in place and will thoroughly investigate any evidence of non-conformity to ensure that any problems are immediately addressed.’ 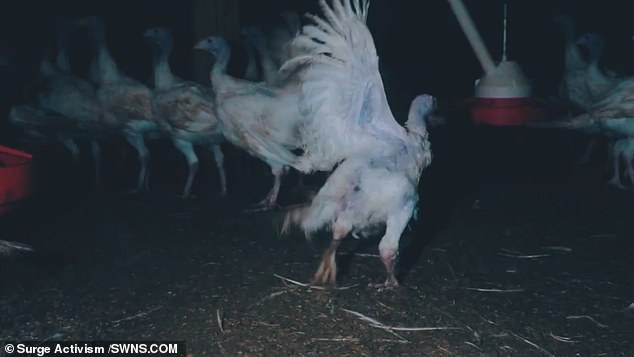