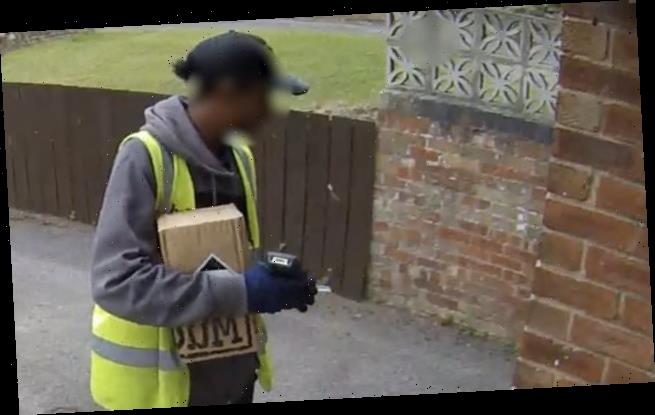 This is the ‘disgusting’ moment a courier is caught on camera spitting on a man’s driveway while delivering a parcel.

John Carr, who lives in Shenfield Gardens in Rise Park, Nottinghamshire, was expecting a delivery from FedEx last Thursday.

However, when the driver attended the following morning, Mr Carr – who was out at the time – saw him spit a ‘huge glob of phlegm’ via his Google Nest camera, positioned just above his front door.

The Nottingham City Homes worker told Nottinghamshire Live: ‘It is one thing I have always hated, spitting.

‘I know young people spit but to do it on someone’s property during a pandemic, this is a lot worse.

‘If anyone approaches the house the Nest camera pings my phone, and I looked at my phone and thought, he did not just spit on my drive.

‘I then took a look on the bigger screen on my computer and I was disgusted.’

Mr Carr said he contacted both the seller and FedEx, and while he received an ‘excellent’ response from the seller, the delivery service has offered a sup-par explanation, he says.

Video footage from the Nest camera shows the FedEx driver clearly spitting to his right while stood waiting at the door, before leaving a note and driving off.

‘When I got home I called FedEx to say I need to make a complaint, they said they would call me back and they never did,’ Mr Carr added. 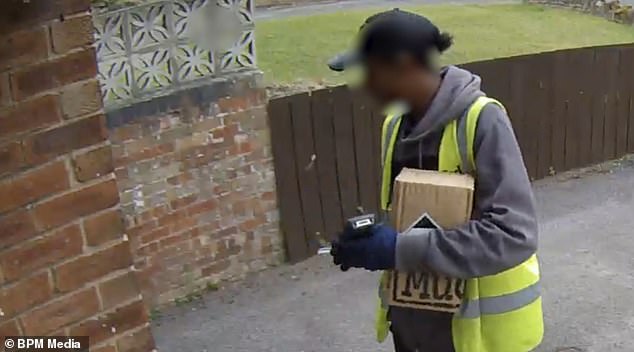 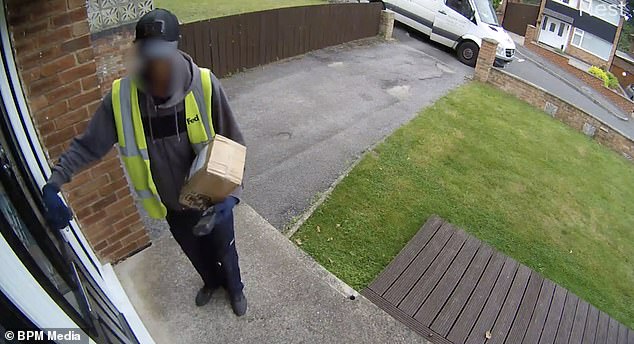 With Mr Carr not at his home in Nottinghamshire, the courier then leaves a note before driving off

‘The company that I ordered from was mortified and they contacted FedEx themselves.

‘FedEx got back to me to say they had the driver in to give him a good roasting first thing in the morning.

‘But when I pressed them about the delay they said the manager had been on holiday and not seen the email until the afternoon, so how could they have spoken to him?

A FedEx spokesperson said: ‘The behavior depicted in this video is not consistent with the professionalism our employees and service providers demonstrate every day.

‘We have addressed this issue directly with the driver and apologise to both our customer and Mr Carr for any distress caused.’