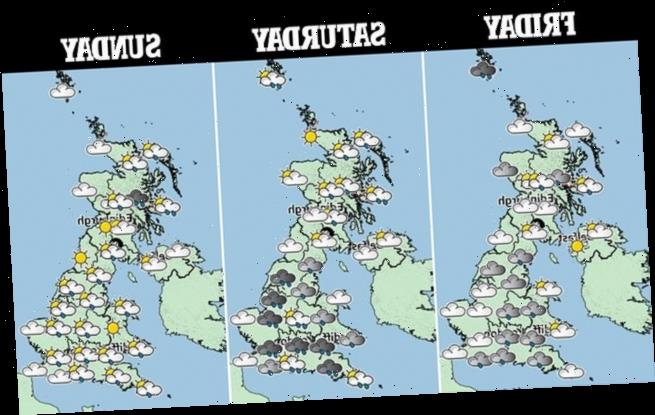 Heavy rain and 50mph gales will sweep over Britain on Saturday

Wet weekend… but it’s not all bad news! Heavy rain and 50mph gales will sweep over Britain tomorrow but Sunday will be sunny – and temperatures will hit 63F too

Parts of Britain are set for a ‘very unsettled weekend’ with heavy rain and 50mph winds set to hit tomorrow.

The Met Office expects multiple bands of rain to sweep over the country tomorrow although temperatures will be well above average with highs of 17C (63F) expected in the South and 16C (61F) in the North.

A deep area of low pressure will sit to the west of Scotland, driving active fronts across the UK with gales most likely around exposed hills and coasts – although the showers will be interspersed with some sunshine.

On Sunday, low pressure will remain close by the north-west of the UK, with showers expected for the North and West but further sunshine on the way for the South with temperatures closer to average at about 14C (57F). 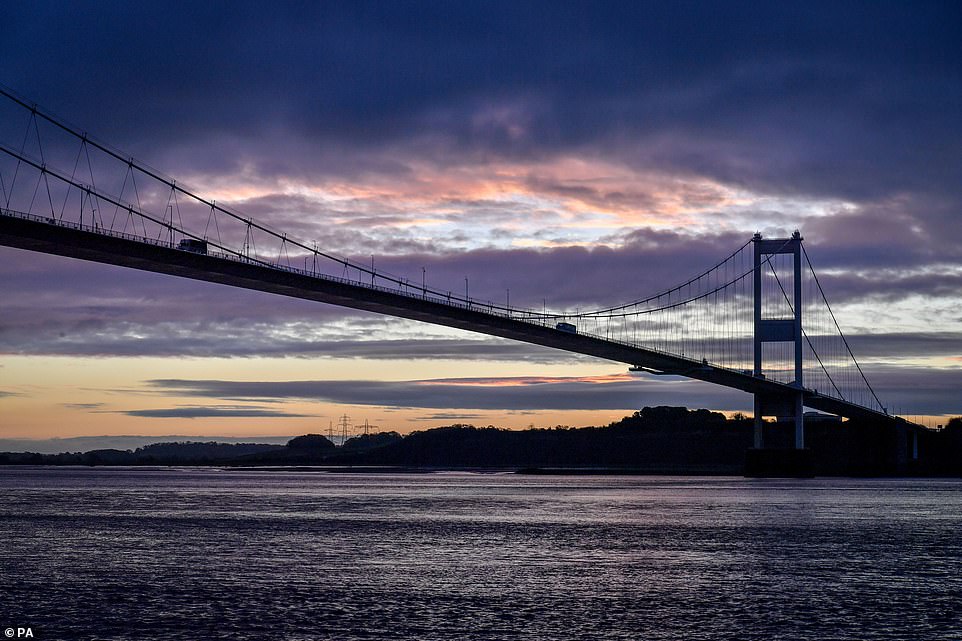 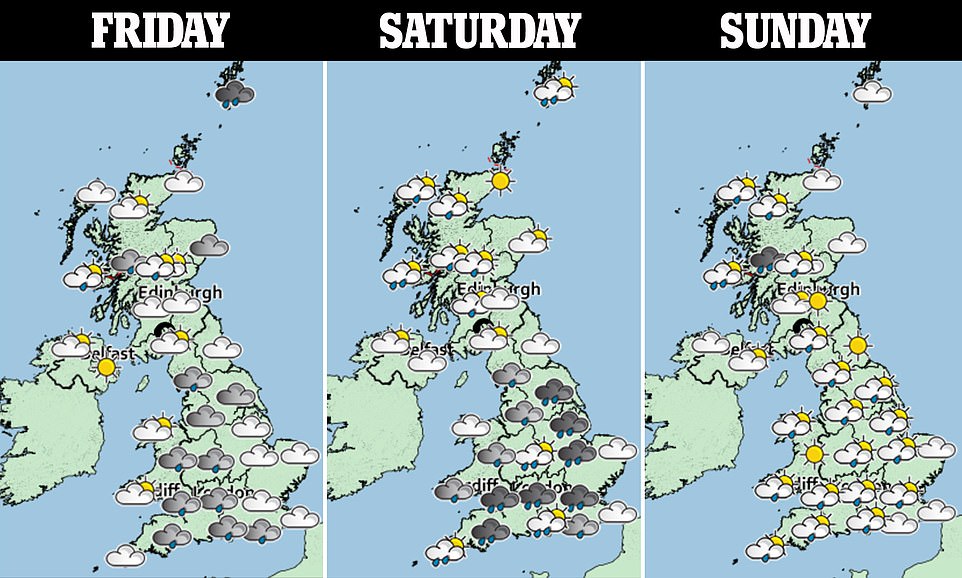 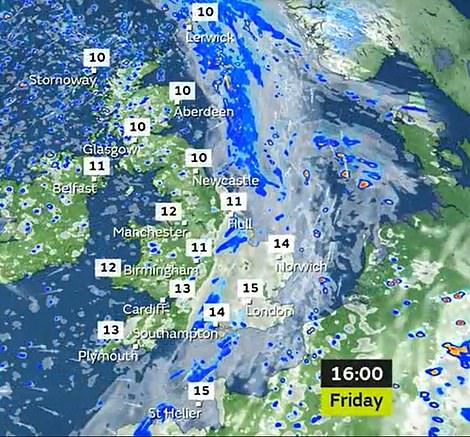 Today, rain will affect Scotland, Wales and some of England

Today, rain will affect Scotland, Wales, northern and western parts of England, with sunny spells and showers in Northern Ireland and one or two light showers in southern and eastern England.

Rain will become fragmented as it progresses south-eastwards, before most areas will be dry this evening with clear spells despite a few showers in North West Scotland and South East England.

Through the night, brisk southerly winds will strengthen further and rain will affect north-western areas into tomorrow morning, when the South and East will be mostly cloudy with a few bright spells but very windy.

Rain will progress south-eastwards through the day and sunny spells and showers will follow in the North West, before a bright start on Sunday that will also feature frequent heavy showers in western regions. 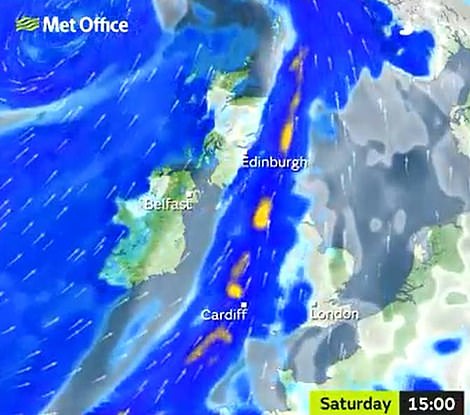 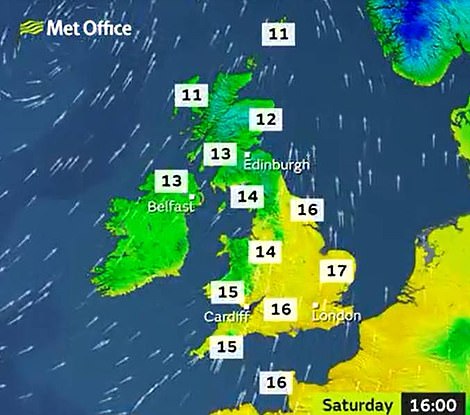 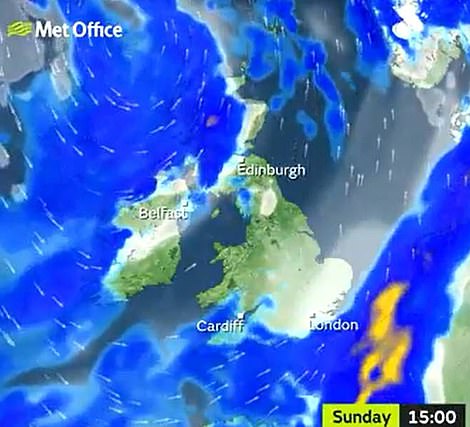 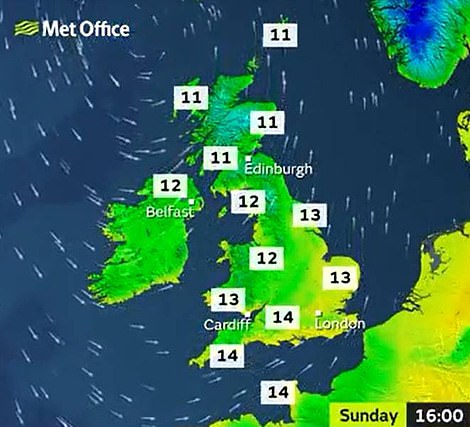 On Sunday, showers are expected for the North and West but further sunshine for the South with temperatures at 14C (57F)

On Monday, there will be sunny spells and showers, which will be mostly light – however, frequent heavy showers will affect north-western parts of Scotland.

The top UK temperature recorded yesterday was 18.1C (64.6F) at Frittenden in Kent, while the low was 4.2C (39.6F) at Scolton in Pembrokeshire, Wales, and the sunniest place was Manston in Kent with 7.1 hours.

The wettest place was Craibstone near Aberdeen with 35.8mm (1.41in) of rain. Residents in northern Scotland had to be rescued from flooded properties and motorists from cars stranded in water following the heavy downpours.

In Angus, the A92 was closed after three cars became stuck in flood water between Arbroath and Montrose. There was also flooding on the A90 at Toll of Birness in Aberdeenshire, and police urged motorists to drive with care.