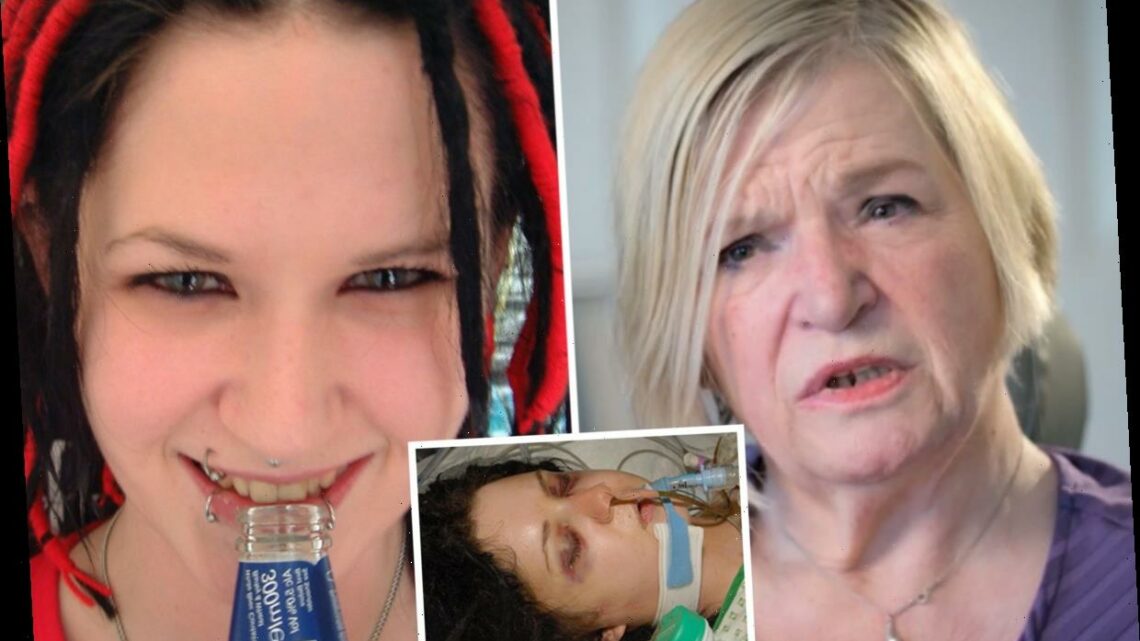 THE heartbroken mum of a young woman battered to death by teen thugs for being a goth has described her horror injuries.

Sophie Lancaster, 20, was walking with her boyfriend Robert Maltby on August 11, 2007, when they were set upon by a gang of teen boys. 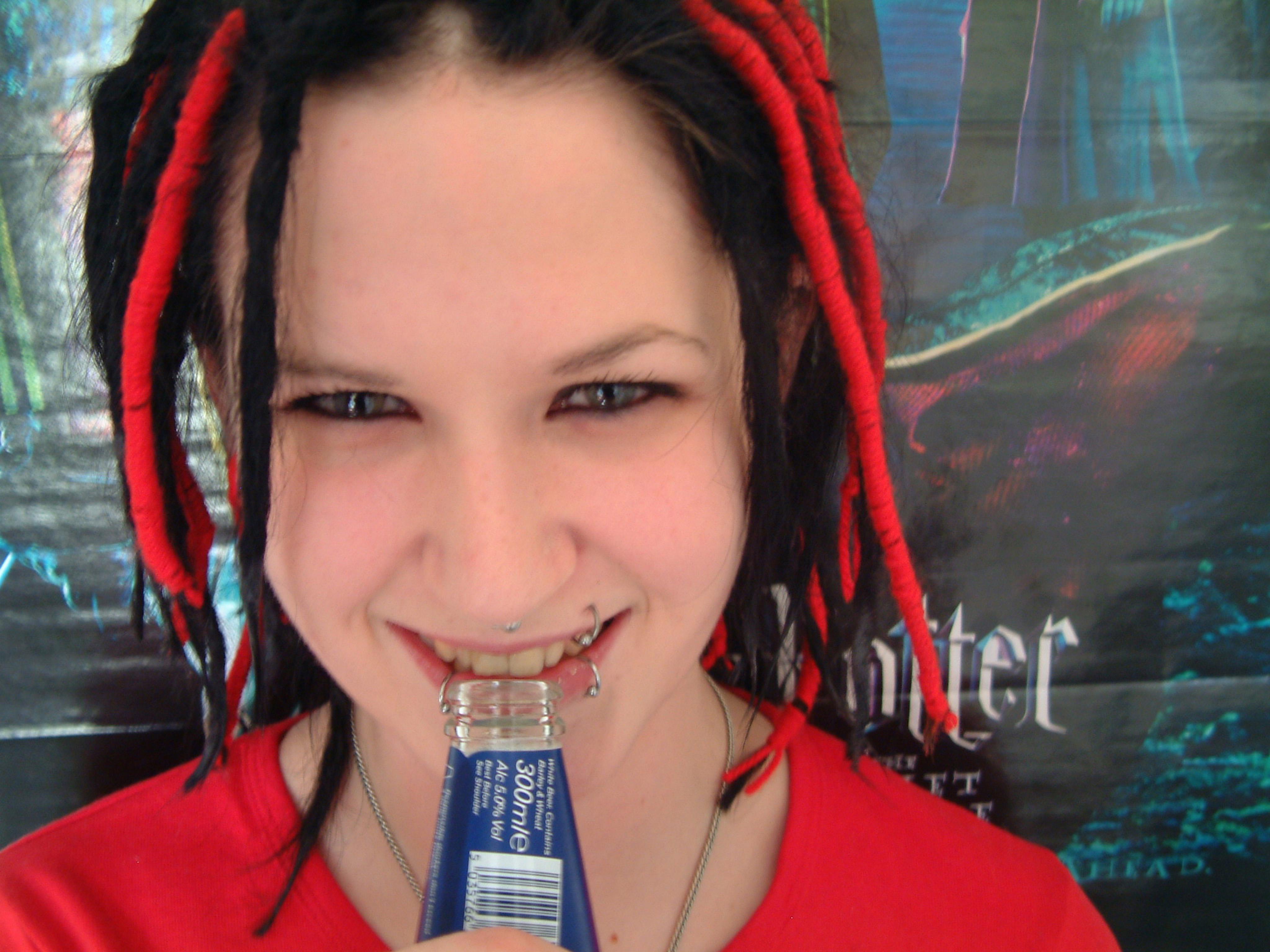 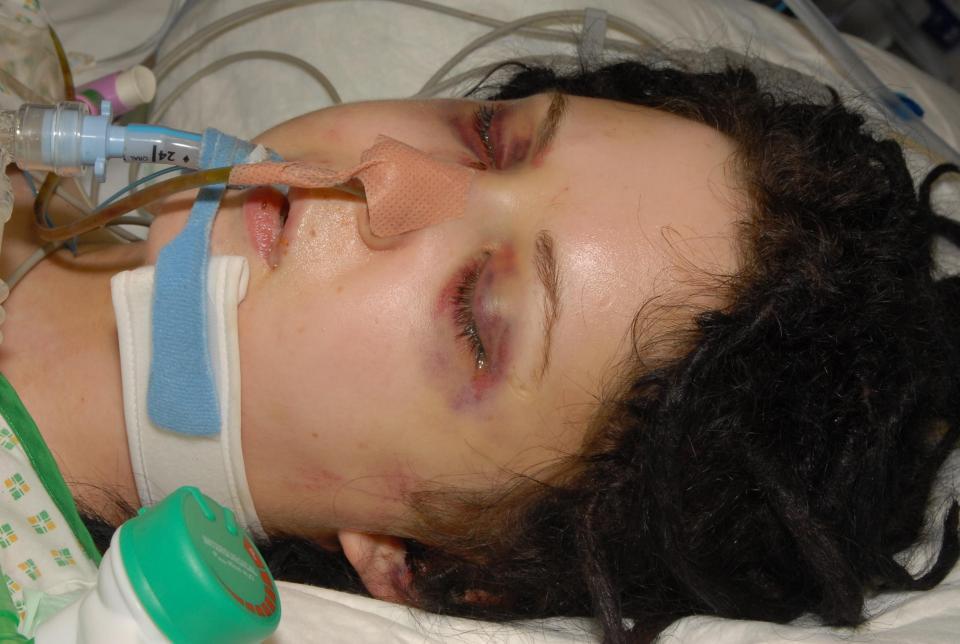 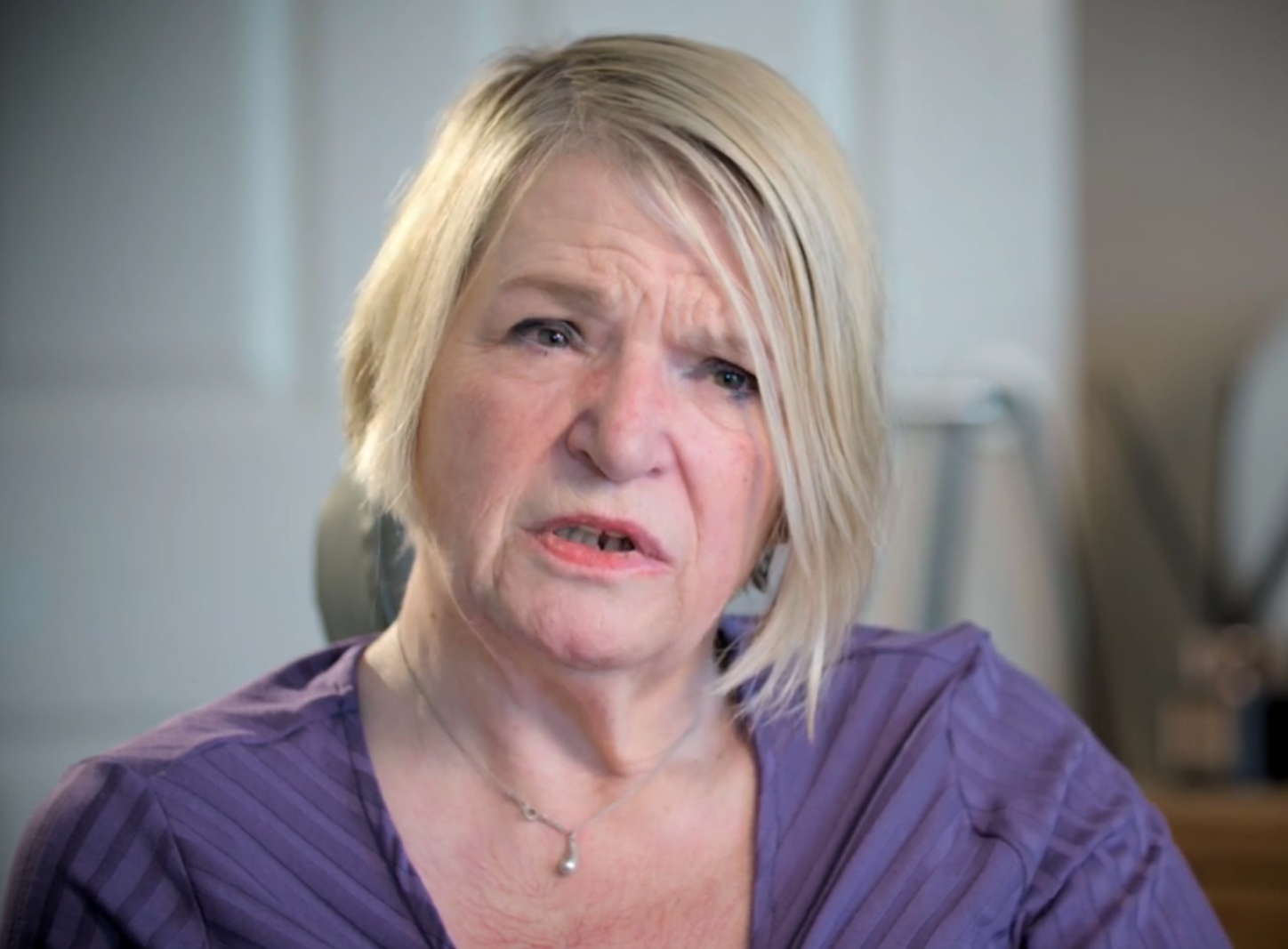 The thugs beat Robert until he was unconscious then turned their attention to Sophie as she cradled her boyfriend in the park in Bacup, Lancs.

She was kicked and stamped on so savagely she had footprints on her face and emergency workers were unable to tell who was male and female.

Both were rushed to hospital where Sophie was placed in a coma and put on life support.

Tragically, her parents were told she would never regain consciousness and her life support was switched off almost two weeks after the brutal attack.

Robert, who suffered internal bleeding, survived but has no memory of the horror.

'THEY RIPPED A CHUNK OF HER HEAD OUT'

Sophie's mum Sylvia has now described her agony at seeing her battered daughter in hospital after she suffered a catalogue of horror injuries.

She told Quest Red TV show Britain’s Deadliest Kids: "You walk in and it’s horrible. You look, and you think how somebody could do that to another human being?

"She had trainer marks down both sides of her face, her ears were massive; they were black and yellow and running with pus.

"They’d obviously ripped a big chunk of her head out. She had a long neck, and it was black, and crinkly, and shiny like a binbag.”

Sylvia had returned home from the shops the morning after the attack when she was told by police her daughter was in hospital.

She said: "You know, you open that front door and that’s when your whole life changes.

“You can never go back; you can’t step back to in your old life.” 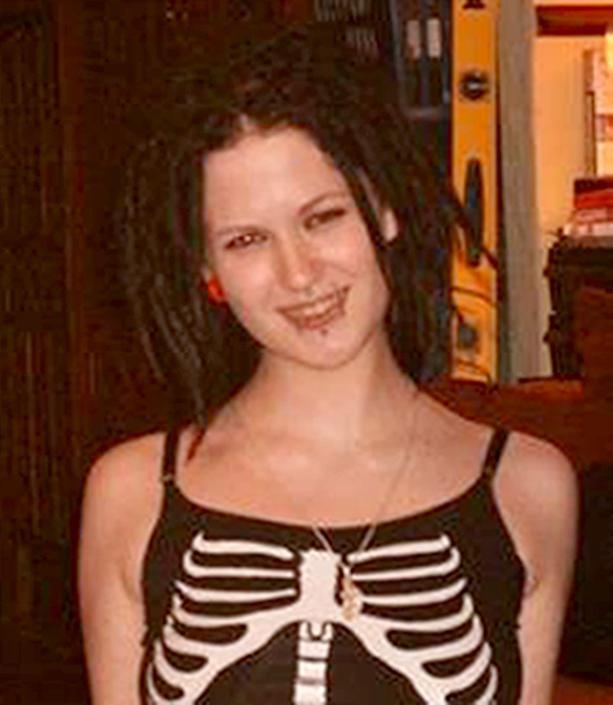 Recalling the heartbreaking moment her daughter passed away, she continued: “She was very peaceful.

“It’s really strange. I’m not religious, but it’s as though something just leaps out of their body and you just have that empty shell.”

Police investigating the killing said the attack was linked to the couple wearing gothic clothes.

The attackers had fled the park – leaving Sophie and her boyfriend for dead – but witnesses gave the names of Ryan Herbet and Brendan Harris.

They described how the local troublemakers, then aged 16 and 15, had "jumped up and down" on Sophie's head along with three others.

And they said her killers had boasted after the attack: "There's two moshers nearly dead up – you wanna see them – they're a right mess." 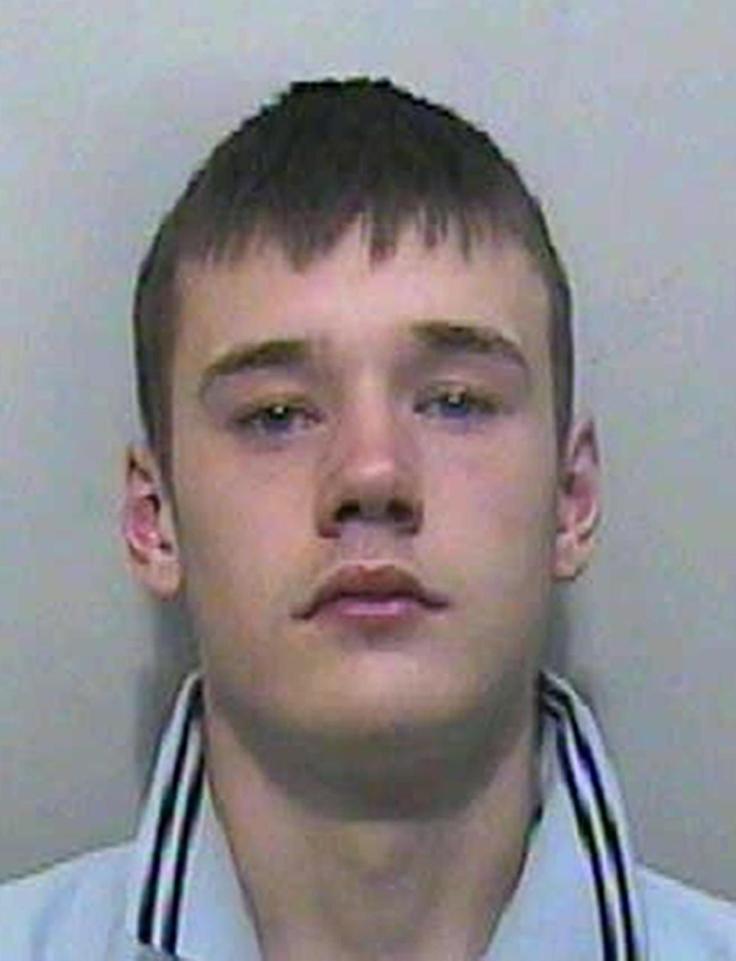 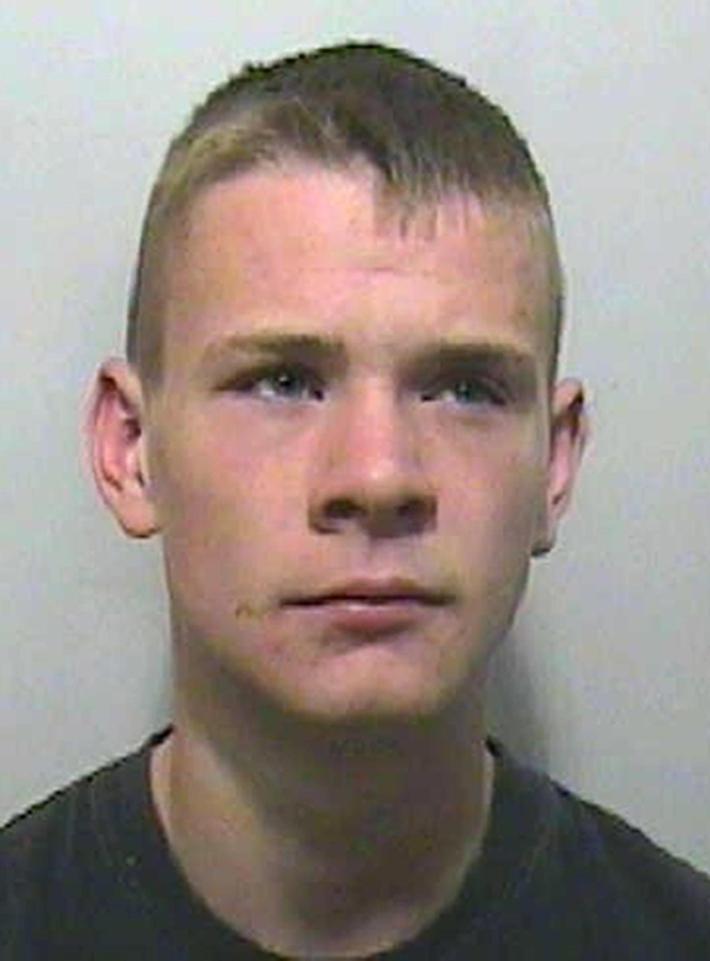 After they were arrested, police placed a covert listening device in the back of the van where the thugs were being transported to custody.

Detective Chief Superintendent Dean Holden tells the show: "They did have a conversation about ‘kicking her head like a football.’

"That was quite compelling evidence.”

Herbert and Harris were both charged with murder and the former admitted his part in the gruesome attack in a recorded phonecall with his mum.

DCS Holden says: "His mother implored him to tell the truth and say that if he had not attacked her, he should tell the police.

"And he replied something to the effect of ‘well I did, I kicked her, didn’t I?’”

Both teens went on trial for murder and were convicted in 2008 after previously pleading guilty to GBH with intent.

Danny and Joseph Hulme, aged 16 at the time, and 17-year-old Daniel Mallett were found guilty of GBH but have already been released from jail.

In his sentencing remarks, the judge slammed the "feral thuggery" of the yobs and said the attack raised questions about the "sort of society which exists in this country".

Jailing Harris and Herbert for life, he added: "This was a terrible case which has shocked and outraged all who have heard about it.

"At least wild animals, when they hunt in packs, have a legitimate reason for so doing, to obtain food. You have none and your behaviour on that night degrades humanity itself".

But even as they were caged, the shameless louts couldn't hide their callousness and "stared the judge out" as he delivered his remarks. 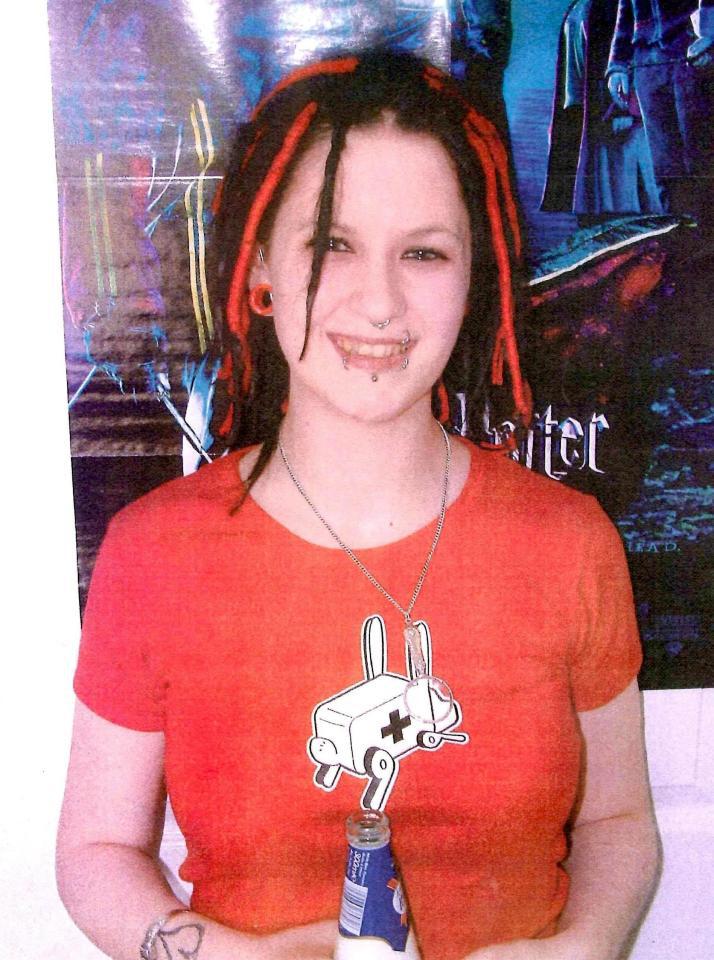 Despite the grisly crime, Herbert twice had his minimum sentence of 16 years reduced and is now eligible to apply for parole in February 2022.

He has also been moved to an open prison in a further insult to Sophie's family.

In the wake of Sophie's death, her family set up the Sophie Lancaster Foundation, which focuses on creating respect for and understanding subcultures in our communities.

And brave Sylvia successfully campaigned to get attacks on people from alternative sub-cultures recognised as a hate crime by police forces in the UK.

She said: “It gives you a platform to work from. You can either go with where your heart is, or you can stop it all and stop at home and just on the couch.

"I decided, in my wisdom, to start a charity up.” 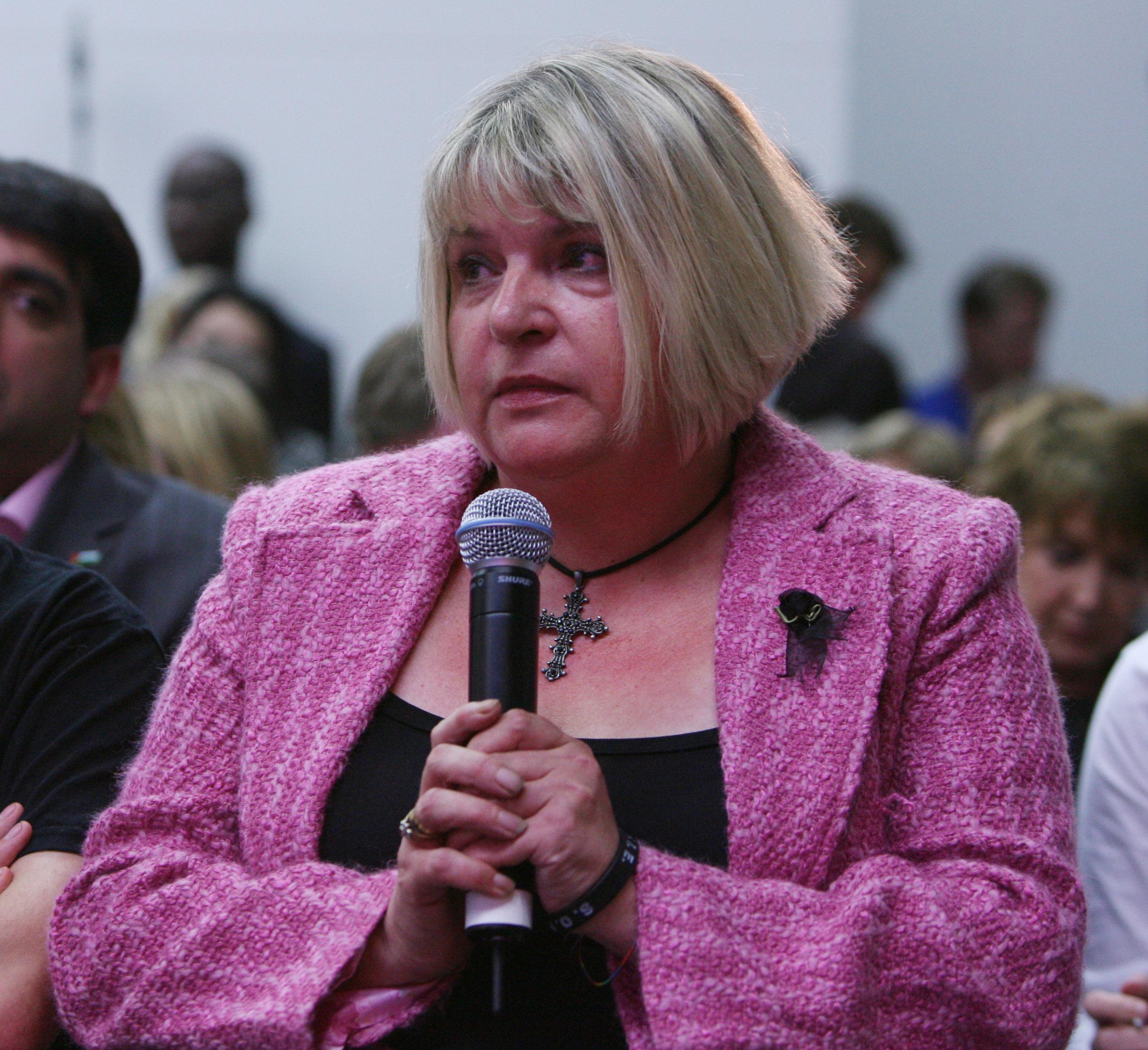 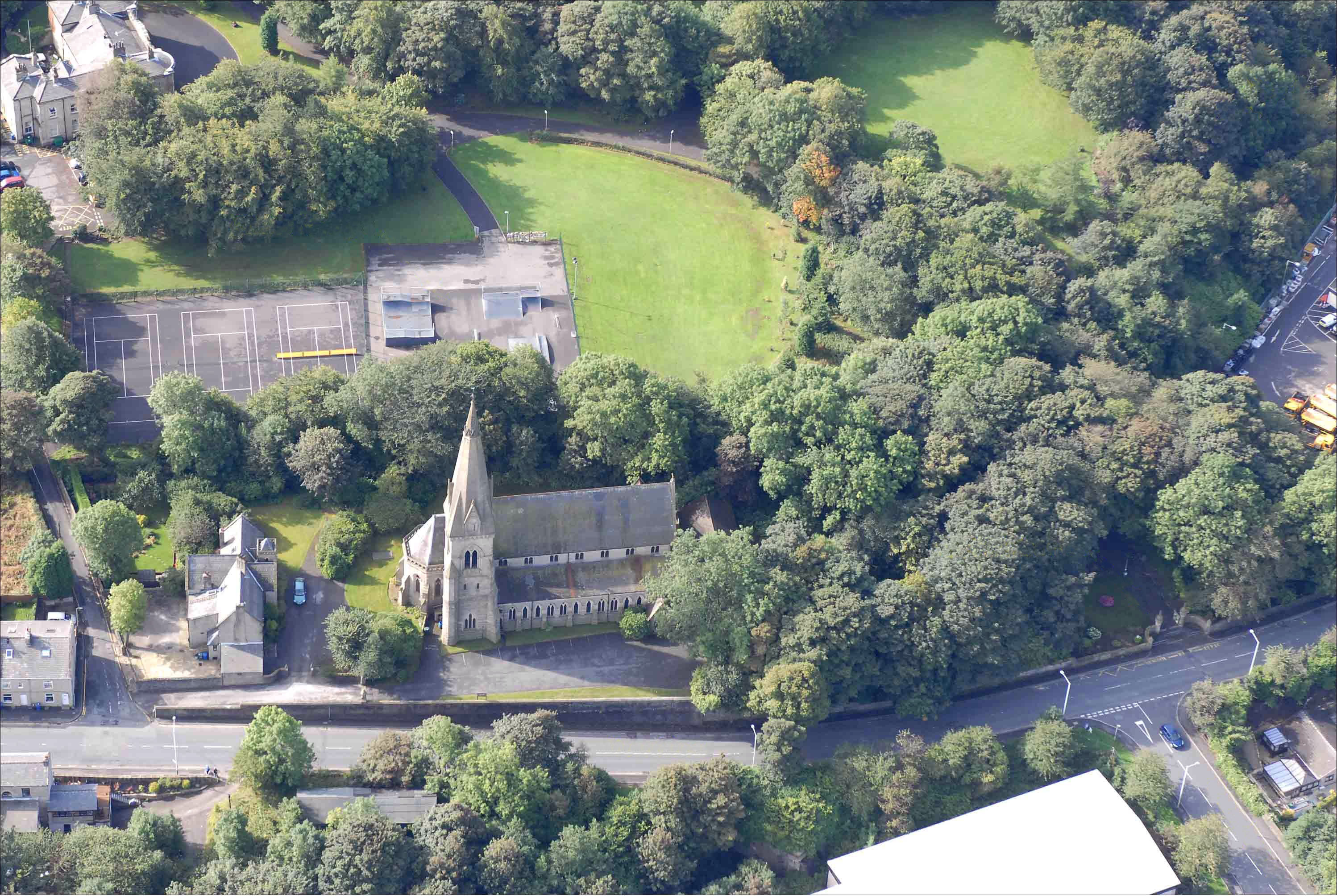 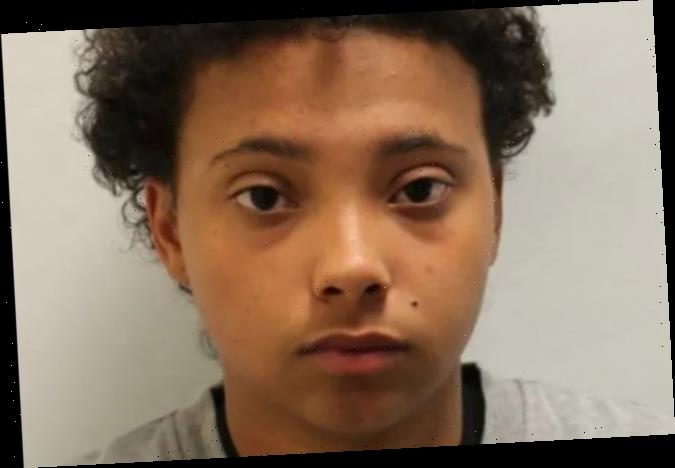 A BLACK Lives Matter protester has walked free from court... 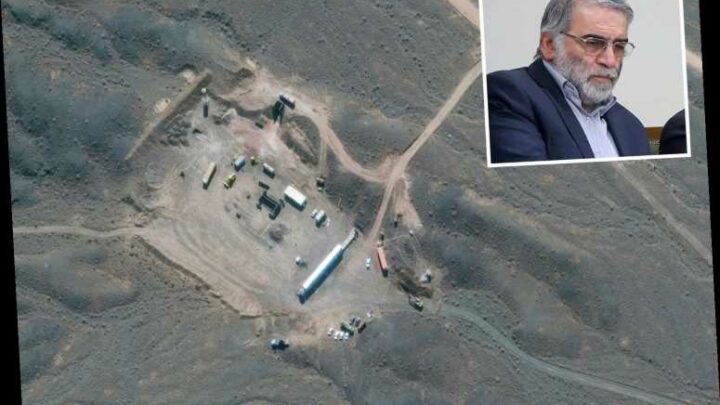 IRAN plans to ramp up uranium enrichment and block UN inspections of nuclear sites under a new law approved by...

A BLACK Lives Matter protester has walked free from court...

IRAN plans to ramp up uranium enrichment and block UN inspections of nuclear sites under a new law approved by...