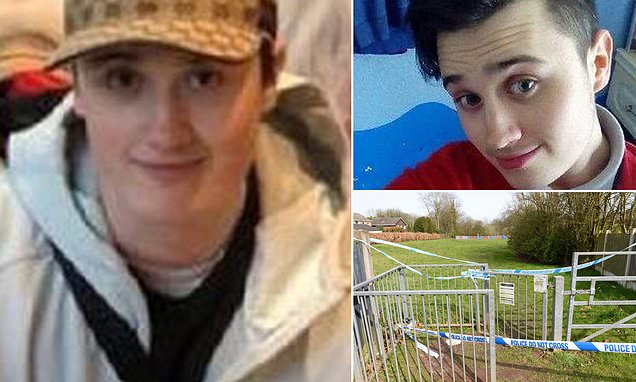 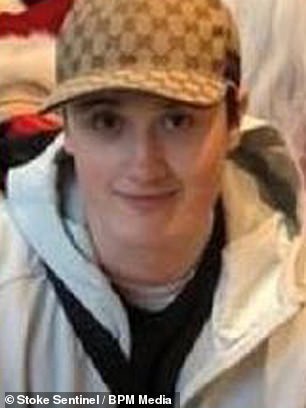 Jordan Taylor, pictured, 18, was found dead by his mother in a disused railway tunnel near his home after not being seen for three days

A grieving mother has revealed the horror moment she found her 18-year-old son’s body in a disused railway tunnel after he had not been seen for three days.

Jordan Taylor failed to return from from a weekend with friends last Easter prompting a huge search by family and friends.

Mother Ann Marie Grocott and other relatives discovered his body covered in mud in the tunnel in Silverdale, Staffordshire, with his shoes and mobile phone on the floor nearby.

An inquest heard the teenager had taken ecstasy and cocaine but that the exact circumstances of his death remain a mystery.

A coroner heard he suffered from anxiety and depression and had barely left his home in the previous year.

Ms Grocott told the hearing he had improved since being prescribed medication, and had started to socialise with friends.

He left his home in Sneyd Terrace, Silverdale, on Friday, March 30, intending to stay at a friend’s.

He sent messages to his mother over the Easter weekend to say he was staying out, but she heard nothing after Sunday lunchtime and reported him missing on Easter Monday.

On Thursday, April 5, Ms Grocott and close family members went to look on land off Pepper Street, where the old railway tunnel is.

She said: ‘We went on the tracks and walked towards the tunnel. I said the police helicopters were out (looking for Jordan) but they wouldn’t be able to see in the tunnel. 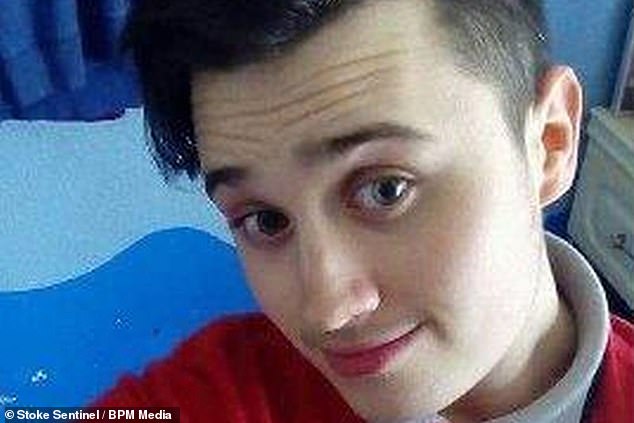 An inquest heard Jordan, pictured, had suffered with anxiety and depression previously and had failed to return from a weekend with friends, sparking a search

‘Me and my sister were looking up the sides of the tunnel. I saw his shoe first, up the side of the bridge. Then I heard my name being shouted. I turned and Jordan was there.’

It was not immediately apparent how Jordan had died, and Staffordshire Police launched an investigation.

Tests revealed Jordan had amphetamine and ecstasy in his system and he had also taken cocaine.

Officers interviewed several people who had been with Jordan over the weekend, but found no suspicious circumstances.

It is believed he was last seen alive on Easter Monday when a resident of Coppice Avenue, which overlooks the railway line, saw a youth thought be Jordan ‘reclined’ on top of the tunnel.

A post-mortem examination found no evidence that Jordan had been assaulted, and pathologist Dr Alexander Kolar concluded he died from hypothermia.

It was also found that Jordan had a previously undiagnosed problem with his insulin levels.

Dr Kolar said hypothermia can lead to severe confusion and sufferers can undress themselves believing they are hot – which could explain why Jordan was not wearing his shoes.

Police discovered he had taken drugs with friends on the Easter Sunday afternoon, but his family said he was not a regular drug user and believe he would only have taken them as a result of peer pressure. 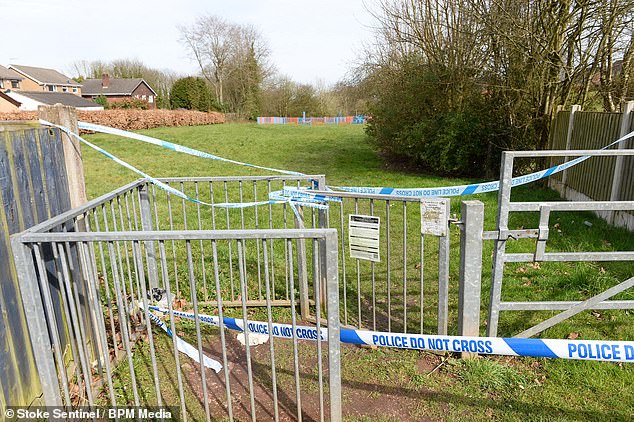 His body was found covered in mud and without shoes in the tunnel. Pictured is the scene near the tunnel after being sealed off by police

Dr Kolar said: ‘The level of drugs was not toxic, but would have been important in what’s taken place.

‘Individuals that have taken drugs are more vulnerable to developing hypothermia – they are more likely to put themselves in situations that are not advisable, and drugs have an effect on the way the body regulates its own temperature.’

The cause of death was recorded as hypothermia, possibly diabetes-related, with a background of MDMA (ecstasy) and amphetamine use.

He said: ‘Jordan was a vulnerable, naïve young lad in a situation where he did things because others were doing it. I think that’s the reason he took the drugs.

‘He left the house where he had been on Sunday night. No-one saw him leave. In his drug-affected state he left behind his bag.

‘He was seen in the area near his home on Monday. Why, oh why, did he not go home?

‘The only explanation is the effect of the drugs and then the hypothermia, which has created this very confused state of mind. He has remained there until his body has given up at some stage.’