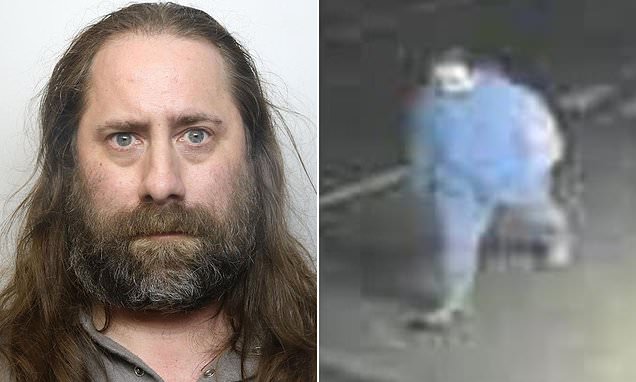 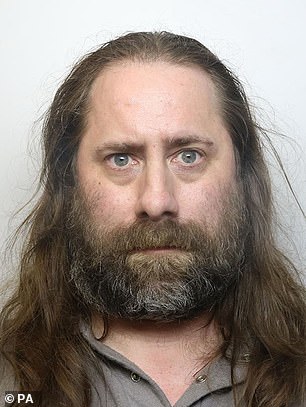 Anthony Dealey (pictured), 43, remained composed in the dock as he was jailed for 13-and-a-half years today

A rapist who tried to kill his victim during a ‘brutal and inhumane’ late-night street attack has been jailed for life with a minimum term of 13-and-a-half years.

Anthony Dealey, an apparently happily married father-of-two, was also ordered to register as a sex offender for life after leaving a woman in her 30s for dead.

Dealey, 43, remained composed in the dock at Derby Crown Court as he was jailed on charges of rape, robbery, sexual assault and the attempted murder of the woman, who he did not know.

Jurors found him guilty in September after hearing how the victim was strangled, robbed of money and left in a ‘wretched and pitiful state’ following the attack in Ilkeston, Derbyshire.

The jury took just over two hours to convict Dealey after hearing that DNA found on the victim’s clothes was ‘more than a billion times’ more likely to be from him than anyone else.

Dealey, from Ilkeston, still denies carrying out the offence in the early hours of November 26 last year.

Offering mitigation before sentence, defence lawyer Martin Elwick said the continuing denial may be a coping mechanism after his friends and the whole of his family ‘abandoned’ him following his arrest. 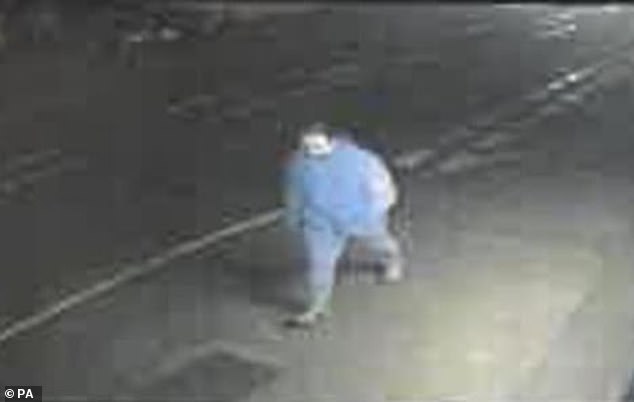 Dealey had been ‘trawling the area looking for a victim’ at 4am in Ilkeston, Derbyshire, before he carried out a ‘brutal and inhumane’ attack on a woman

Mr Elwick told the court: ‘He has had no contact with anybody and no doubt he will have a very difficult time in prison.’

Passing sentence on Friday, Judge Nirmal Shant QC told Dealey: ‘This was a brutal and inhumane attack on a lone female walking home.

‘It’s plain from the evidence that when the complainant passed the location where you had been at 4am, you had clearly been trawling the area looking for a victim.

‘What you did thereafter is beyond words. To give her the final indignity you took money from her handbag and you left her for dead.

‘That this was a wicked attack doesn’t begin to describe it.

‘It was a sustained and prolonged attack and the victim had the final humiliation of having family members having to come and see her in that state, when somebody alerted them.’

Dealey’s conduct when he was confronted by police was chillingly calm, the judge said, adding that the long-term impact on the victim was beyond description.