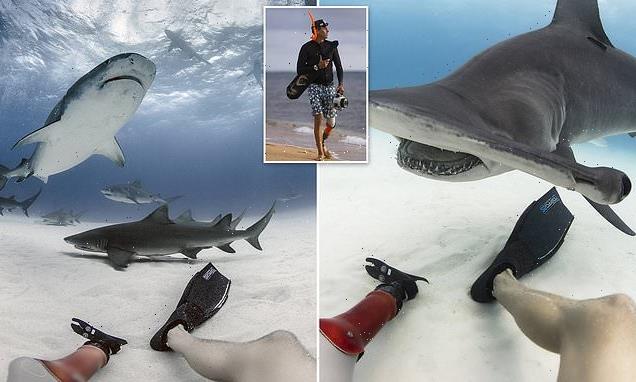 In 1997, photographer and conservationist Mike Coots, 43, survived a tiger shark attack in Hawaii, resulting in him needing a prosthetic leg for the rest of his life.

Despite the life-changing injuries he sustained in the attack, Coots is an avid shark activist and loves being in the presence of sharks.

One image shows the playful shark swimming up to the photographer, investigating his prosthetic leg, gained from the previous shark encounter gone wrong.

Locals call the shark ‘Patches’, named for the spots on her underside.

She is around 13 feet long and is a frequent resident at Tiger Beach in The Bahamas.

‘I was sitting on the sandy seafloor at Tiger Beach and Patches came up to have a look at me,’ said Coots. ‘You get a sense of the shark’s personality.’ 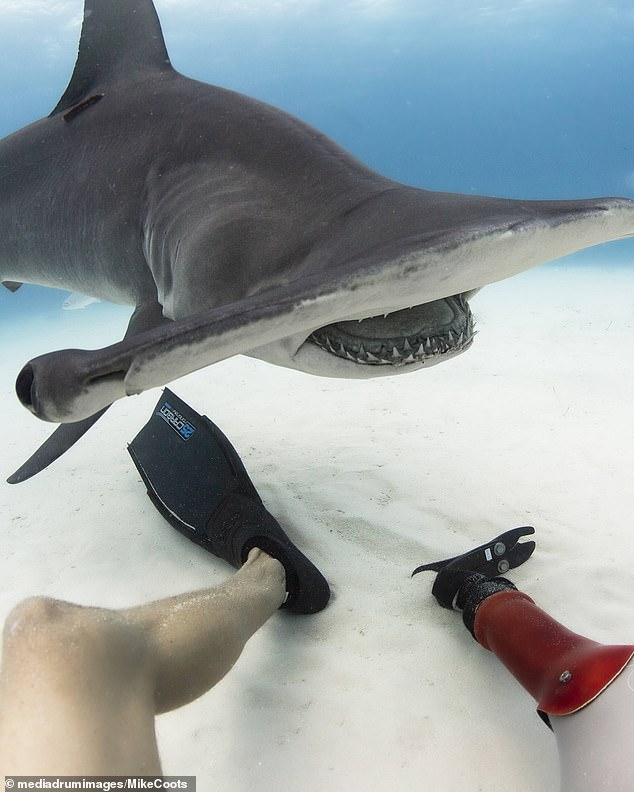 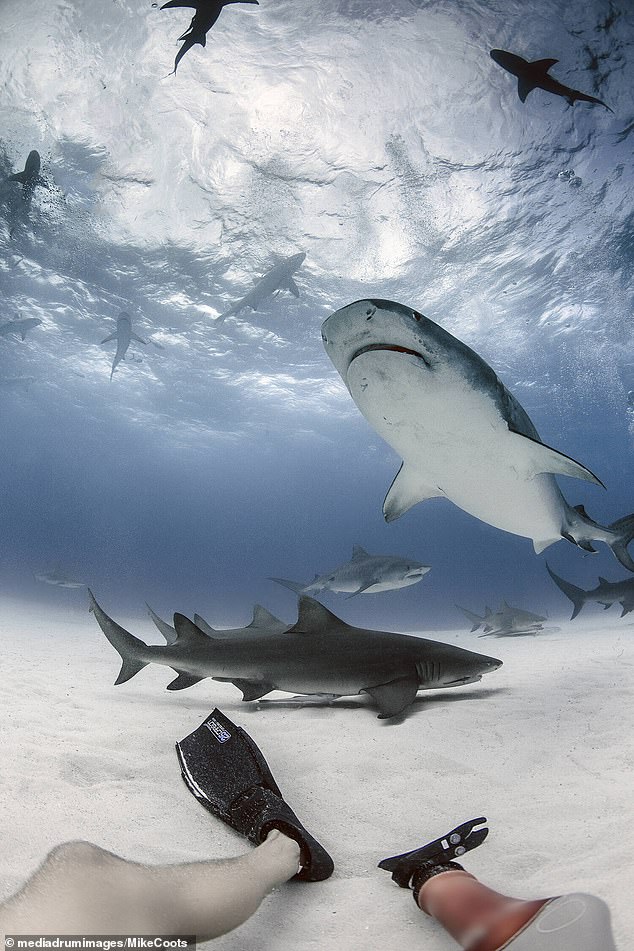 The images of the sharks were captured by Mike at Tiger Beach, Grand Bahama in the Bahamas using a Canon 5D mark 4 camera 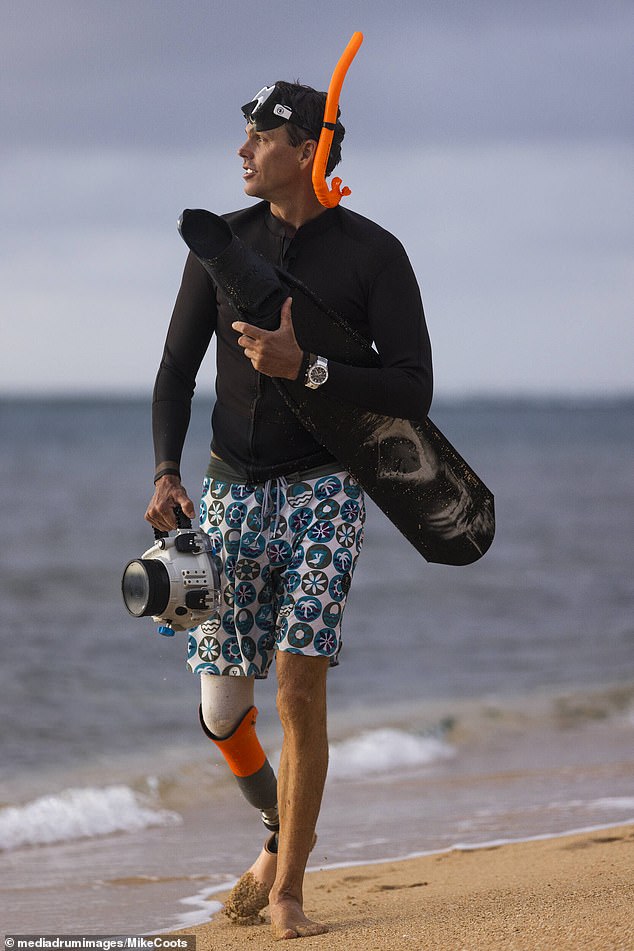 Mike Coots, 43, lost his leg in 1997 when a tiger shark attacked him in Hawaii. But dispute the life-changing injuries, he remained a shark enthusiast

‘Hammerheads can often look humorous and almost cartoon-like. There really isn’t many species on earth so odd yet beautiful looking.

‘You actually feel calm as their presence is so commanding. It forced you to be more submissive and relaxed.’

The irony of photographing a shiver of sharks nearby his prosthetic leg, lost as a result of an attack, wasn’t lost on Coots.

‘I know it’s a bit of irony having my prosthetic leg in an image that is a direct result of a shark attack,’ said Coots.

‘The reality is that it’s much more dangerous on the car ride to a beach than any shark attack once in the water.

‘I love looking back at images after the dive as it puts me right back to that incredible moment. Seeing a shark underwater is rare, and often leaves you speechless.’

Coots captured the images underwater at the Grand Bahama in the Bahamas using a Canon 5D mark 4 camera. 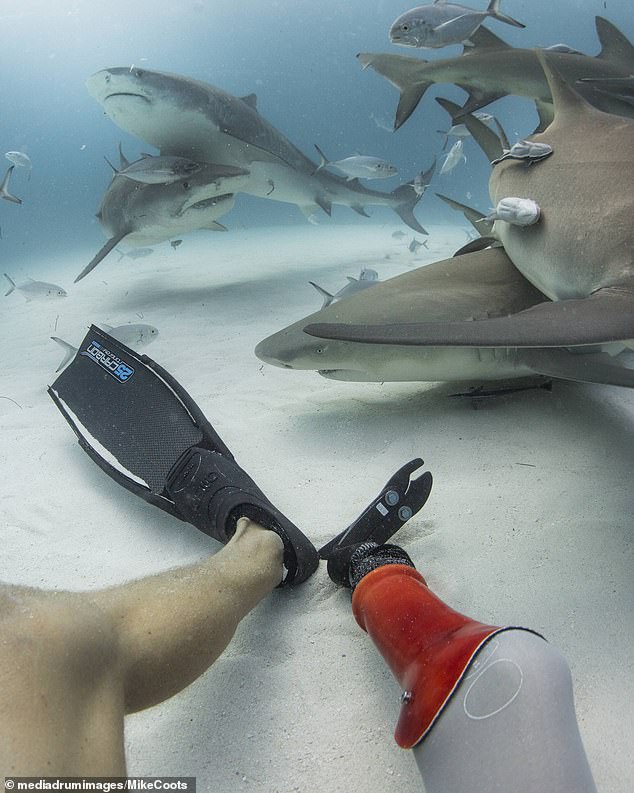 Named for the numerous spots on her underside, Patches is around 13 feet long and is a frequent resident at Tiger Beach in The Bahamas 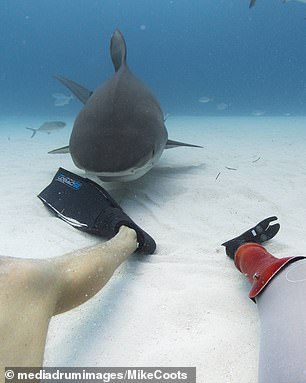 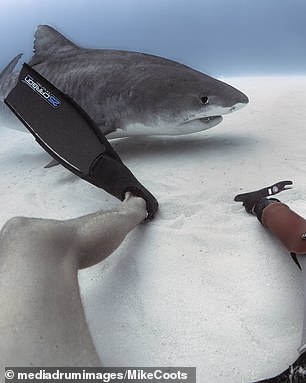 In October 1997, then 17-year-old Coots was bodyboarding at Major’s Bay on Kauai’s west side when suddenly a tiger shark surprised him, swimming up from the deep ‘like a submarine’ and plunging its razor-sharp serrated teeth into his right leg.

The startled teenager repeatedly punched the fish in the head until finally it released his limb and swam away, the Huffington Post reported in 2012.

Coots and a surfer friend who was with him at the time began to paddle back to shore when the teen felt a spasm in his right leg and realized that the shark had severed his foot with almost surgical precision.

A semi-conscious Coots was loaded into a pickup truck and rushed to a local hospital.

Doctors were able to save his life, but Coots ended up losing his right leg at the calf. The teen, however, was so relieved to have survived the terrifying ordeal that he felt blessed rather than angry.

While recovering from his injury, Coots — a Hawaiian native — developed a passion for photography, which he later turned into a successful career. 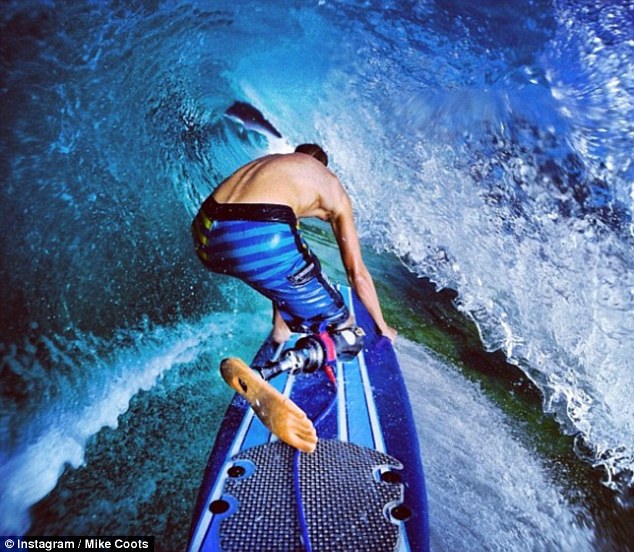 Lived to tell the tale: Hawaii native Mike Coots has been posting inspiring photos on his Instagram account showing himself surfing with a prosthetic leg 17 years after a terrifying shark attack 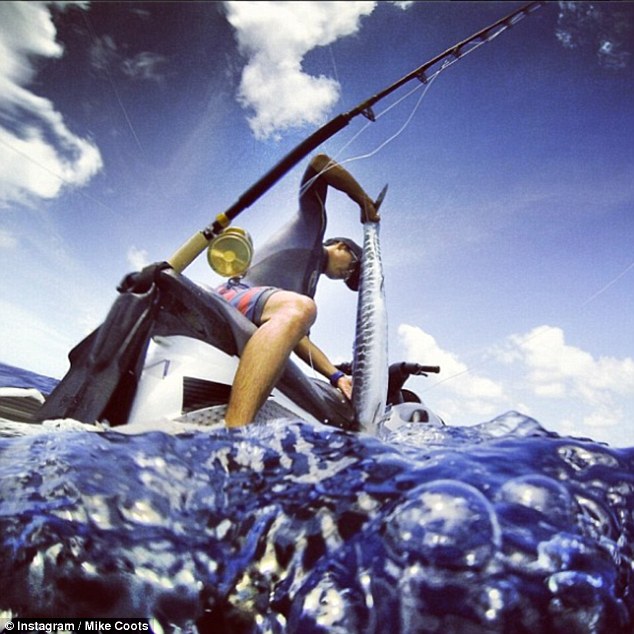 Life is good: Coots, 32, pictured here fishing from a jet ski, spends his days surfing and taking photographs for hotels and various publications 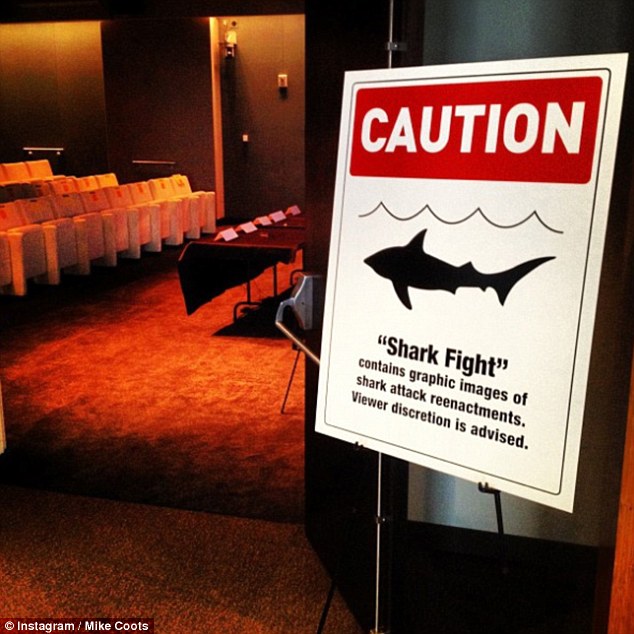 Once back on his feet, Coots returned to the ocean without a moment’s hesitation. He chose to surf for the first time since the attack not far from the spot where he was bitten.

Coots now works for the Pew Environment Group, who asked him to join a campaign aimed at putting a stop to shark finning in 2007.

In his capacity as an ambassador for the organization, Coots has traveled to the United Nations and the US Capitol to speak in favor of shark conservation.

In 2010, his efforts came to fruition when Hawaii became the first state in the nation to pass a ban on possession and sale of shark fins.

Coots’ chilling story of survival has been told many times in the last few decades, including in a Discovery Channel documentary titled Shark Fight that premiered in 2012 to mark the 25th anniversary of the network’s popular Shark Week. 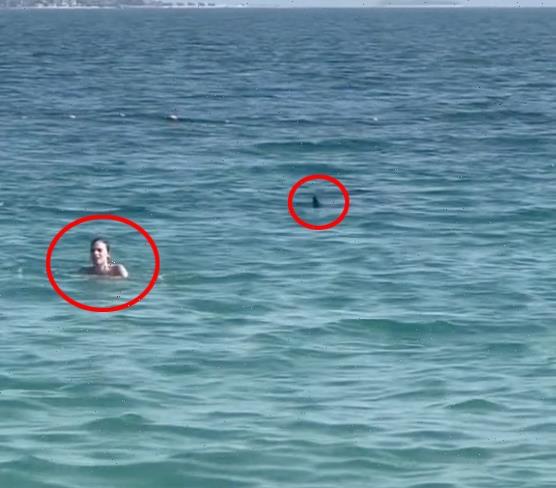 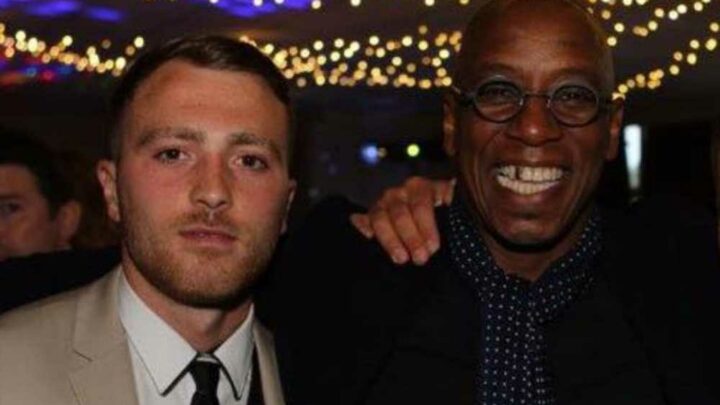