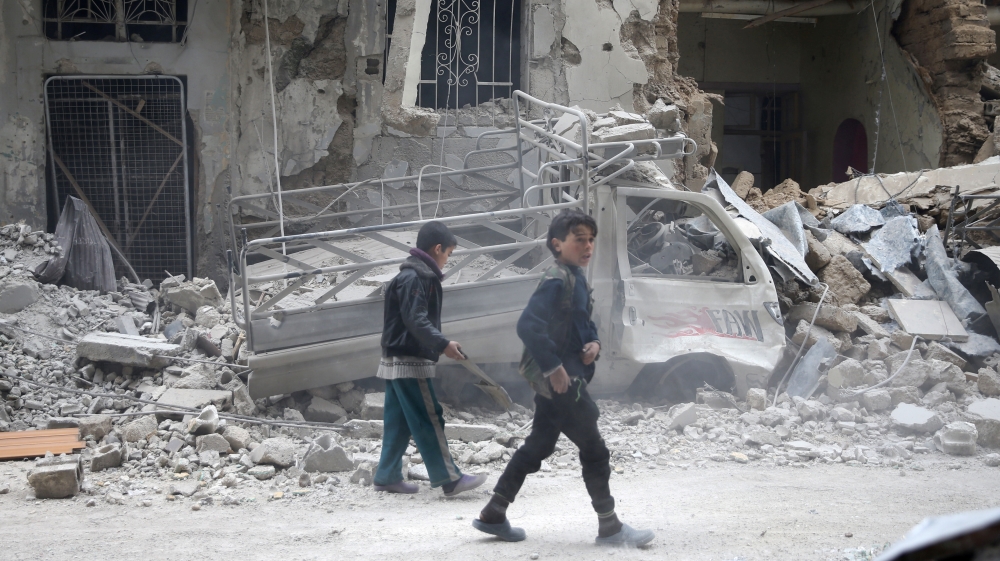 The US ambassador to the UN has joined the chorus of voices calling for an end to human suffering in the besieged Syrian rebel enclave of Eastern Ghouta.

In a statement on Wednesday, Nikki Haley urged the Security Council to pass a draft resolution calling for a 30-day ceasefire in Eastern Ghouta.

“It’s time to take immediate action in the hopes of saving the lives of the men, women, and children who are under attack by the barbaric Assad regime,” she said.

She also called for the ceasefire to allow aid to be delivered to Eastern Ghouta.

The remarks came during continued shelling of the Damascus suburb. The Syrian Observatory for Human Rights said warplanes and helicopters were grounded on Thursday morning due to bad weather, but shelling from “regime forces” killed at least 13, including three women and three children.

At least 335 people have been killed since February 18, according to SOHR.

“My appeal to all those involved is for an immediate suspension of all war activities in Eastern Ghouta,” Guterres told a UN Security Council meeting.

“This is a human tragedy that is unfolding in front of our eyes, and I don’t think we can let things go on happening in this horrendous way.”

The Security Council is expected to vote on the draft resolution as soon as Thursday.

About 400,000 people live in Eastern Ghouta, which has been besieged for years by government forces with few supplies reaching the desperate population.

“International humanitarian law was developed precisely to stop this type of situation, where civilians are slaughtered in droves in order to fulfill political or military objectives,” he said in a statement.

Russia denied involvement in air attacks on Wednesday, calling an accusation by a US official that Moscow was taking part in the raids “groundless”.

“It is not clear what they are based on … We do not agree,” Russian presidential spokesman Dmitry Peskov said.

Russian jets have carried out air attacks in Syria in support of President Bashar al-Assad since 2015 – greatly changing the course of the seven-year war in the government’s favour.

Negotiations to try to peacefully resolve the dire situation in Eastern Ghouta broke down after rebels there ignored calls to cease their resistance and lay down their arms, the Russian military said late on Wednesday.

Rebels were preventing civilians from leaving the conflict zone, Russia’s ceasefire monitoring centre in Syria, which is run by the Russian military, also said in a statement.

Vassily Nebenzia, Russia’s UN mbassador, called for a UN Security Council meeting on the situation in Eastern Ghouta to be held on Thursday.

The International Committee of the Red Cross called for restraint and access to the wounded.

“The fighting appears likely to cause much more suffering in the days and weeks ahead,” ICRC’s head in Syria Marianne Gasser said in a statement.

“Wounded victims are dying only because they cannot be treated in time. In some areas of Ghouta, entire families have no safe place to go.”

“There’s a lot of dead people here, there’s a lot of injuries. Medical points are out of service. We feel betrayed by the international community,” he said.

Reporting from Beirut, Al Jazeera’s Zeina Khodr said the ongoing air campaign could be a precursor to a ground invasion.

The government has sent military reinforcements to the front lines around the besieged suburb.

Pro-government newspaper Al Watan has said the stepped-up bombing campaign comes in the face of a ground operation that may start any time.

“A ground offensive will not be easy, the government and its allies have repeatedly tried to storm Eastern Ghouta in the past.

“The rebels have strong defences and an underground tunnel network that they use to their advantage,” Khodr said.

Since March 2011, an estimated 465,000 Syrians have been killed in fighting, one million wounded, and about 12 million – half the country’s prewar population – displaced from their homes. 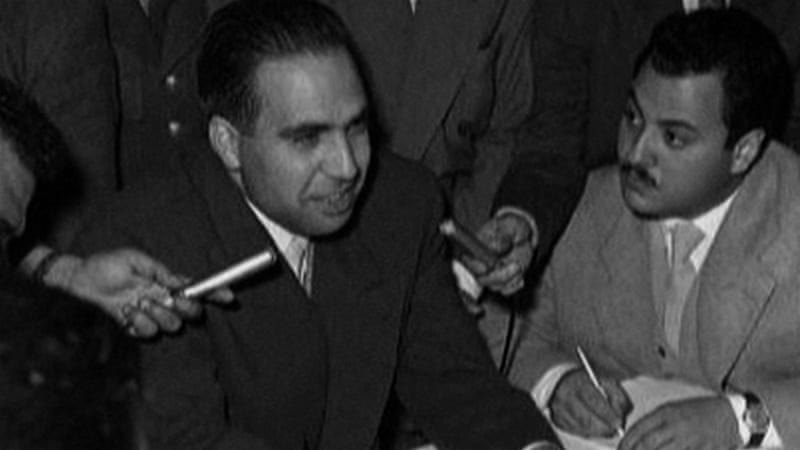 Syria: The Roots of Tyranny