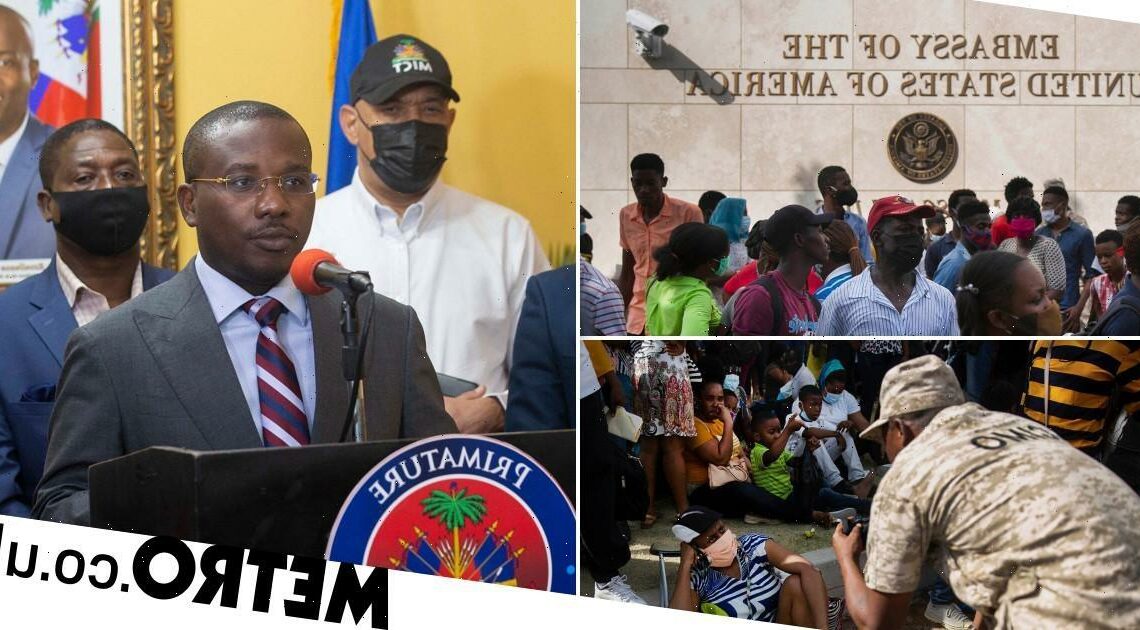 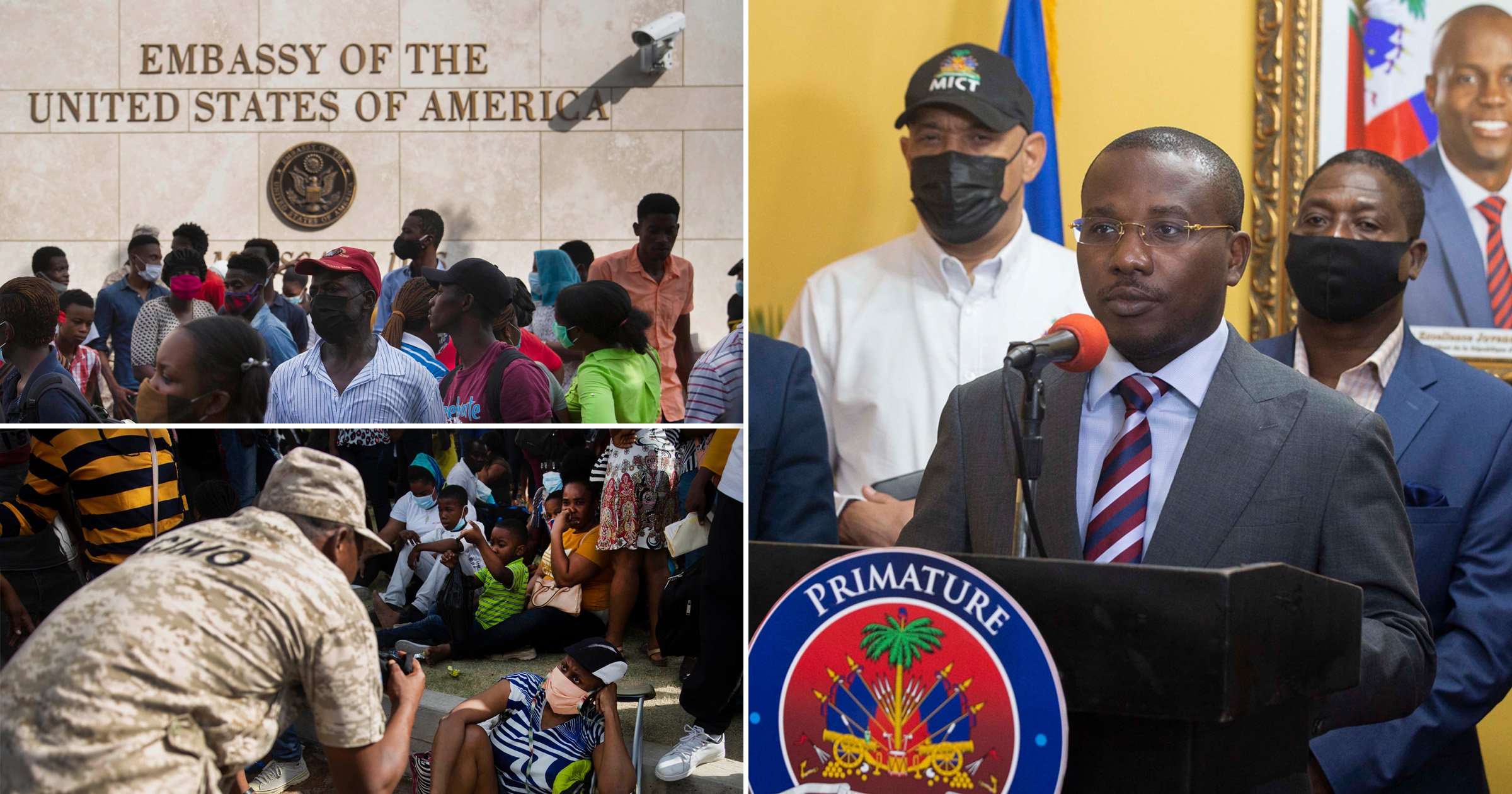 Haiti’s interim government has issued a desperate plea for foreign troops to be sent to the troubled country.

The Carribean nation was plunged into turmoil this week when President Jovenel Moise was assassinated by an armed gang.

President Moise was shot 12 times and reportedly had his eye gouged out in a shocking raid which has triggered a constitutional crisis.

Haitian police say the attack involved 28 people – 26 believed to be Colombian mercenaries – but a motive or organiser behind the hit has not been established.

Now interim Prime Minister Claude Joseph has taken the extraordinary step of inviting United States and United Nations troops into the country ahead of fresh elections.

With a poll scheduled for September 26, Mr Joseph wants assistance to protect infrastructure like the country’s airport and said he feared they could become ‘targets’.

He told the Associated Press: ‘We definitely need assistance and we’ve asked our international partners for help.

‘We believe our partners can assist the national police in resolving the situation.’

The UN has acknowledged receipt of the request but the US has ruled out sending troops ‘at this time’.

White House Press Secretary Jen Psaki said: ‘The United States remains engaged and in close consultations with our Haitian and international partners to support the Haitian people in the aftermath of the assassination of the president.’

FBI officers are involved in the investigation and two American dual nationals were held in the aftermath of the attack.

The pair were reportedly hired as ‘translators’ and claim they did not know they were involved in an assassination operation.

Three of the hit squad were killed in a shootout while seventeen were detained, including a group who had gained access to Taiwan’s embassy and hid on its grounds.

Eight of the suspected gunmen remain at large.

There is confusion over who is in charge of the country, which is the poorest in the Americas.

Before Moise’s death there were only ten other elected officials and many opposed his rule after a 2019 election was delayed amid violent unrest.

Mr Joseph’s authority is already in dispute by some factions and the Senate has nominated another politician, Joseph Lambert, to serve until the September election instead.

There have been clashes and protests in the capital Port au Prince and the border to its neighbour the Dominican Republic has been closed.

President Joe Biden’s administration may be reluctant to get sucked into a political crisis in the trouble country.

Last time US troops went into Haiti following a presidential assassination in 1915 they wound up occupying the territory for almost two decades.

Conor McGregor's amazing £2.7m luxury Lamborghini yacht is the 'Supercar of the Sea', and one of just 63 made in world