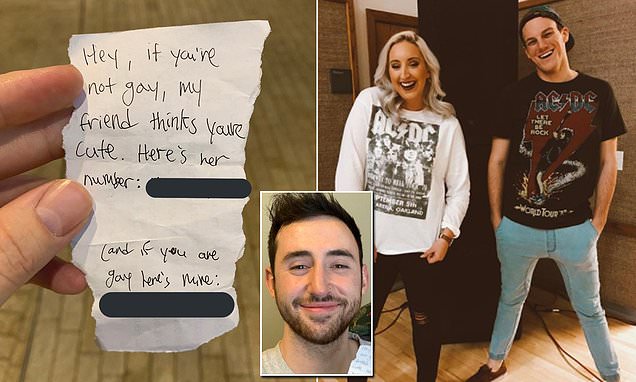 Man, 23, sparks viral Twitter story after sharing a bold note from two friends BOTH asking to date him – one if he’s gay and one if he’s straight – then finally reveals who he chose

A Utah man’s date story has gone viral after he shared the quirky story of how both a male and female tackled the dilemma of both being romantically interested in him but having no idea of his sexual orientation. 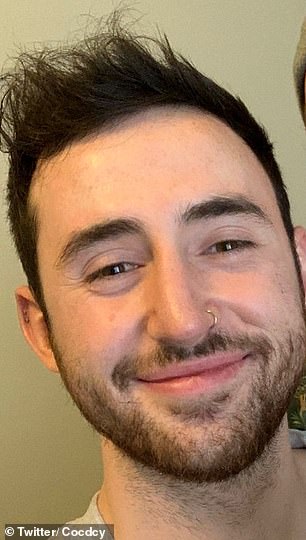 Cody Craig shared this note for a request to date a man or his female friend, depending on whether he was gay or straight on Friday

Student Cody Craig, 23, was working at his local mall in Salt Lake City Friday when he received the handwritten note from Tanner Forbes, 23, that has been shared all over the internet.

In it, Forbes – an actor – revealed how he would be open to going out with Craig if he’s gay but his female pal would like to date him if it turned out he was straight.

After sharing it on his Twitter page, the microblogging website went into overdrive with eagerness to find out who he picked.

Calling it the ‘highlight of my day’, the note read: ‘Hey, if you’re not gay, my friends thinks you’re cute. Here’s here number… (And if you are gay here’s mine).’

After joking about the potential love interest’s grammar in the note being ‘worrisome’, Craig received an influx of replies resulting the tweet having approximately 1,100 comments, 80,000 retweets and 361,000 likes by Wednesday.

Many of the reactions included people stating how inflated their ego would be to have both be keen.

Others called it a brilliant way to ‘wingman’ and added that the pair of friends were clever for making it easier for Forbes to show interest, softening the blow if he were to be turned down. 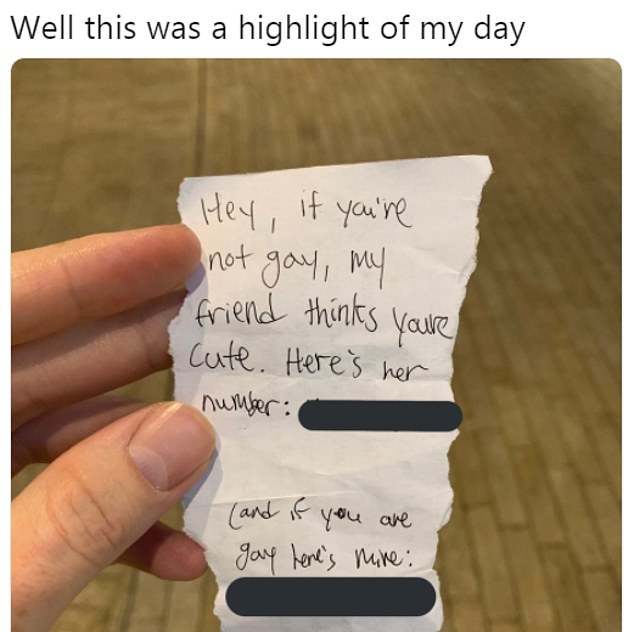 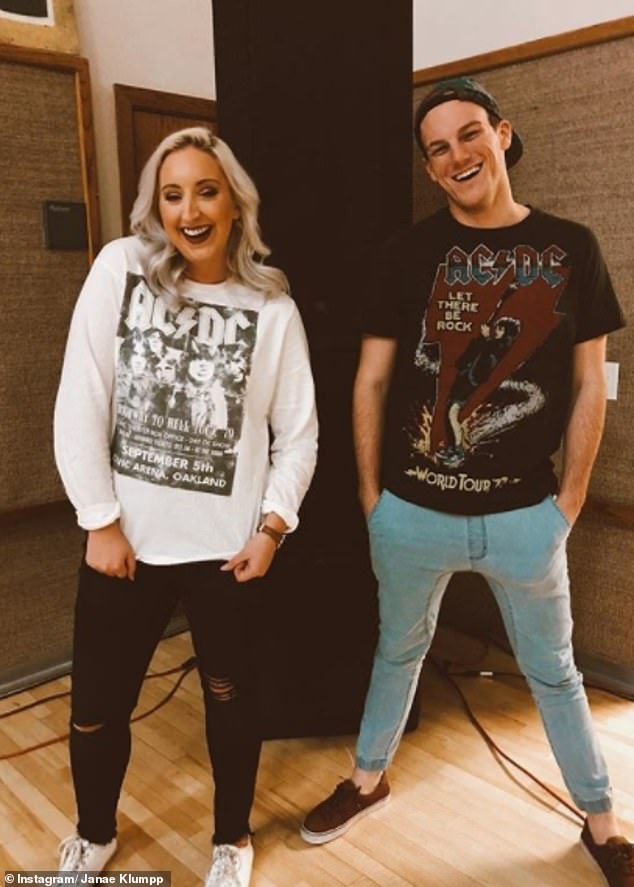 Janae Klumpp and Tanner Forbes both liked Cody Craig so decided to see who he would be interested in by leaving a note with his co-worker. But Craig had no idea what they looked like

One user revealed she met her girlfriend of six years in the exact same way.

He said: ‘I thought I’d post the picture, my friends and I would laugh a bit, and that would be it.’

After high interest in whether he would pick the woman or man, Craig shared that he ‘texted the bottom number’ on Saturday, sparking delight across social media as he revealed he was interested in men.

Keeping followers updated on their plans to see a movie and have a sushi dinner, as well as confiding in well-wishers about how nervous he was, Craig, who is a Computer Science / Pre-Medicine student at the University of Utah, finally shared a pic of Forbes. 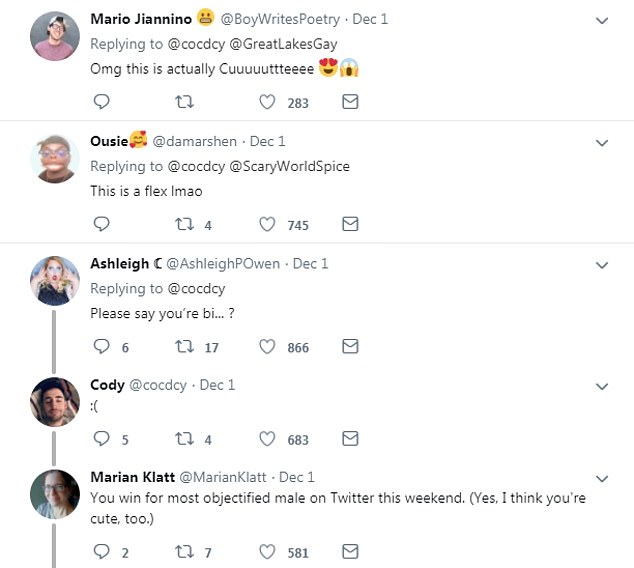 Twitter users responded with excitement although Craig told DailyMail.com he did get some homophobic comments 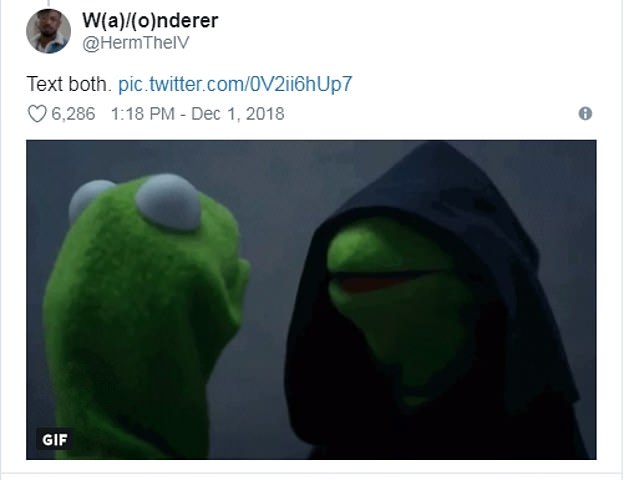 He told those eager to get more details how he had an amazing time and a second date was already penciled in for Wednesday evening.

But what many Twitter users didn’t know was that Craig hadn’t even glimpsed the people who were keen to date him.

‘A co-worker gave it to me from him! I didn’t see him at all!,’ he revealed to DailyMail.com in the hours before his second date.

Overall Craig has been pleased with the online support, although his post was stolen by some other social media users who tried to pass it as their own.

He also did get some negative feedback in the form of gay slurs and homophobia.

The student said that in the past six years of being actively involved in the gay community on Twitter he is used to receiving ‘occasional hate’. 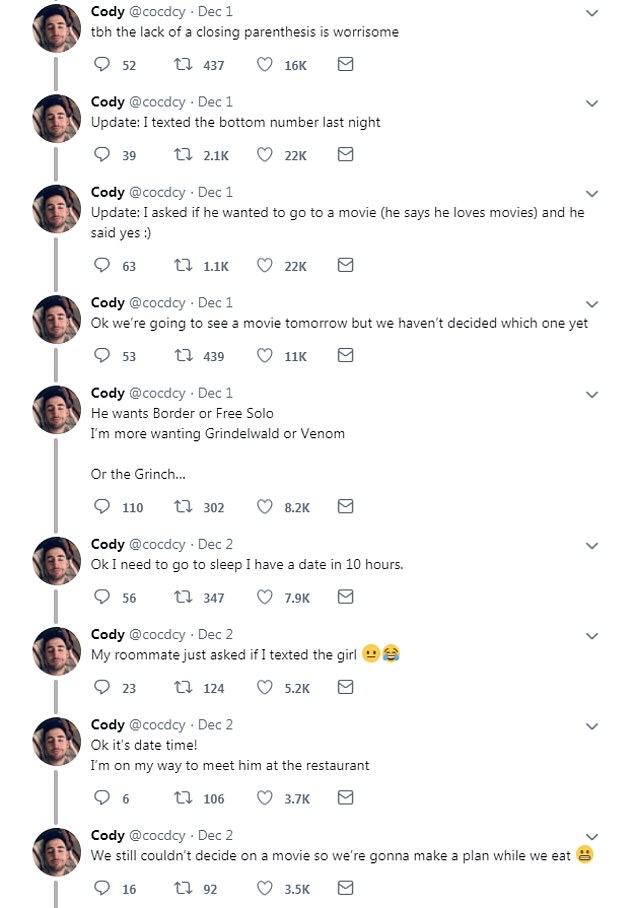 ‘There’s definitely been negative comments here and there, but I think people are reporting them and getting them removed or hidden, which is great because a lot of platforms are struggling to deal with harassment and hate speech right now,’ Craig added.

But the reaction that meant more to Craig was that of his family. As the post gained interest he shared it with his mother who he told Twitter users ‘seems to be handling it okay…’

She had already found out about the viral sensation from Craig’s teenage siblings and although she was aware her son is gay, it’s something they haven’t been open discussing since he first told his parents.

‘I came out to my parents a while ago,’ he told DailyMail.com. ‘It didn’t go terrible or great, and we don’t really talk about it. So I’m kinda still coming out to them forever it feels like.’ 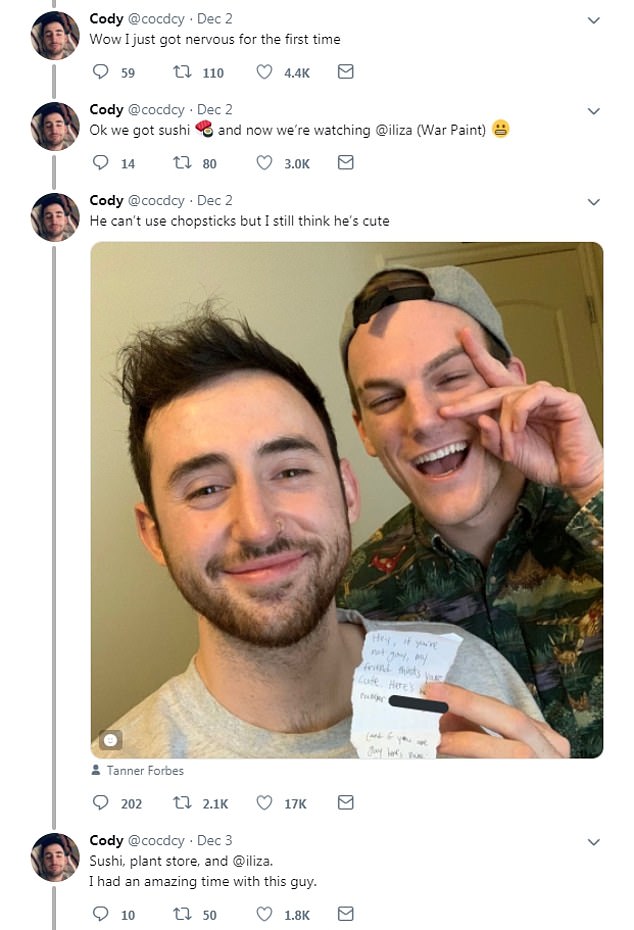 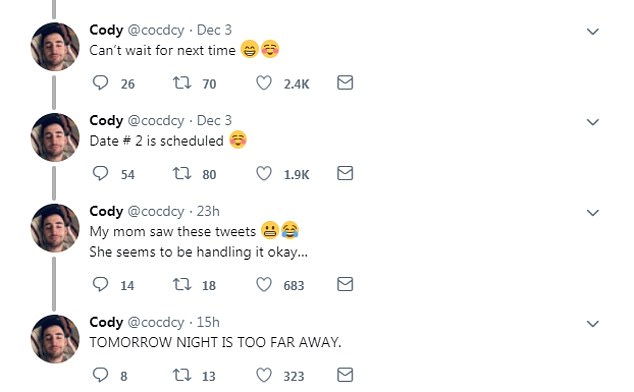 It’s unclear whether his dad has seen the story around.

He added: ‘I’d assume so, since my siblings show them most of the memes they find.’

And for those asking him online if he planned on showing the girl involved any attention, Craig told Dailymail.com she reached out to him on Instagram Tuesday night and was ‘excited’ for her friend and his new love interest.

Revealing her identity as Janae Klumpp, he added that they may even find a friendship of their own.

Craig added: ‘We both have been involved with a cappella, so I definitely want to hang out with her!’

Sheridan Smith ‘planning me time’ after admitting she ‘lost her mind’