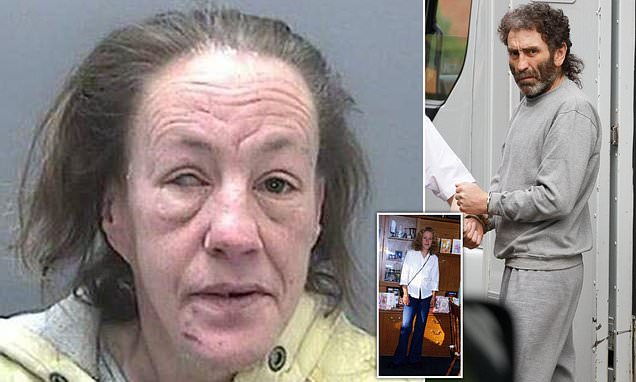 Guilty: Killer who said girlfriend’s injuries were from carpet burns 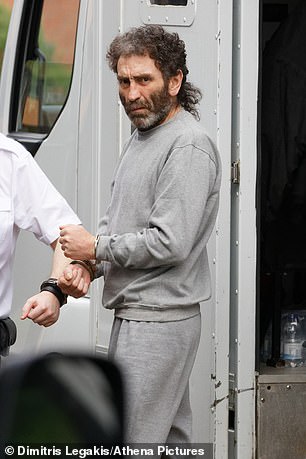 A killer who claimed his girlfriend’s injuries were caused by the pair having sex on the carpet before she was murdered is facing life behind bars.

Michelle Denise Rosser, 38, was found dead from multiple injuries in the bedroom of her home.

Her boyfriend Simon Winstone, 50, denied murder – and told police that cuts to her face were ‘friction burns’ from having sex on a carpet the night before.

Miss Rosser – known as Denise – was found dead in her home having sustained ‘multiple catastrophic injuries’ to her head and torso.

Miss Rosser also sustained injuries to her head, chest and stomach leading to a ruptured kidney and 28 rib fractures.

Winstone, 50, claimed she either fell down the stairs or was beaten to death by someone else – despite admitting he was asleep in the same room.

The jury heard Winstone told police: ‘Last time I saw her, she was alive and awake.’

Michael Jones, prosecuting, said: ‘When asked to explain Miss Rosser’s facial injuries, Winstone said: “They were friction burns from the carpet when we were having sex last night”.’

Mr Jones said the pair had endured a ‘turbulent’ and ‘volatile’ relationship. 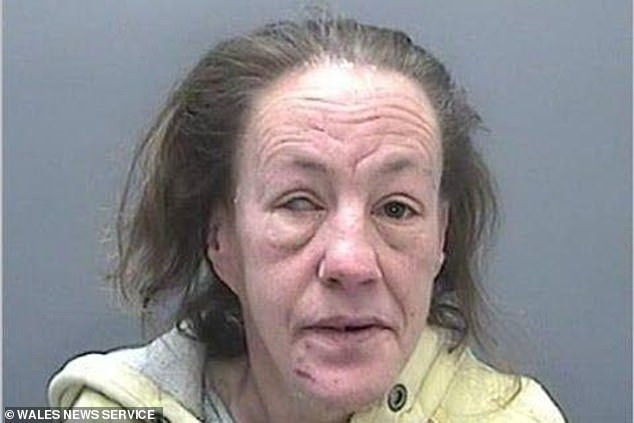 Miss Rosser, 38, lost the sight of her right eye in a hammer attack three years before she met Winstone. The couple

He said: ‘Miss Rosser often has black eyes and swollen lips and she always made up excuses – such as falling down the stairs or tripping over the dog.’

Merthyr Crown Court heard that neighbours had overheard arguing coming from their house in Bedlinog, near Merthyr Tydfil the day before Miss Rosser’s death.

Mr Jones said: ‘A neighbour saw Miss Rosser and Winstone at the front door arguing and swearing at each other.’

Winstone is then said to have slammed the door on his partner, locking her out of her own home. 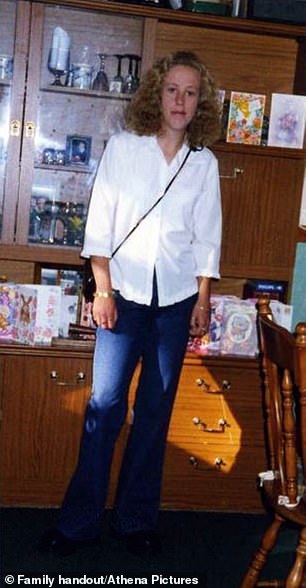 Misss Rosser, pictured in her younger years, was found dead at the couple’s home in the village of Bedlinog, near Merthyr Tydfil

When she returned later in the day, the pair allegedly had another bust up.

The court heard Winstone pushed her so hard that she fell into a bin outside the house before shutting the door again.

‘At 10 o’clock, the neighbour noticed she couldn’t hear anything coming from the house,’ said Mr Jones.

‘Usually when they argued, they would go all night.’

Another neighbour was woken early in the morning the next day by Winstone shouting ‘she’s gone, she’s gone’.

When police arrived at the scene he denied murdering Miss Rosser saying: ‘I woke up and she was at the bottom of the stairs.

‘I did try and shake her but there was no response. She was blue in the face.’

At a later police interview Winstone continued to deny the murder.

He claimed that someone else came in and beat Miss Rosser to death as he slept on a sofa in the same room in May last year.

Winstone added: ‘The front door had not been locked and the lock has been removed.’

Miss Rosser had previously survived a brutal attack by three men that had left her blind in her right eye nine years before her murder.

Winstone, of Merthyr Tydfil, denied murder but was found guilty at Merthyr Tydfil Crown Court after a two week trial. He will be sentenced on Thursday.