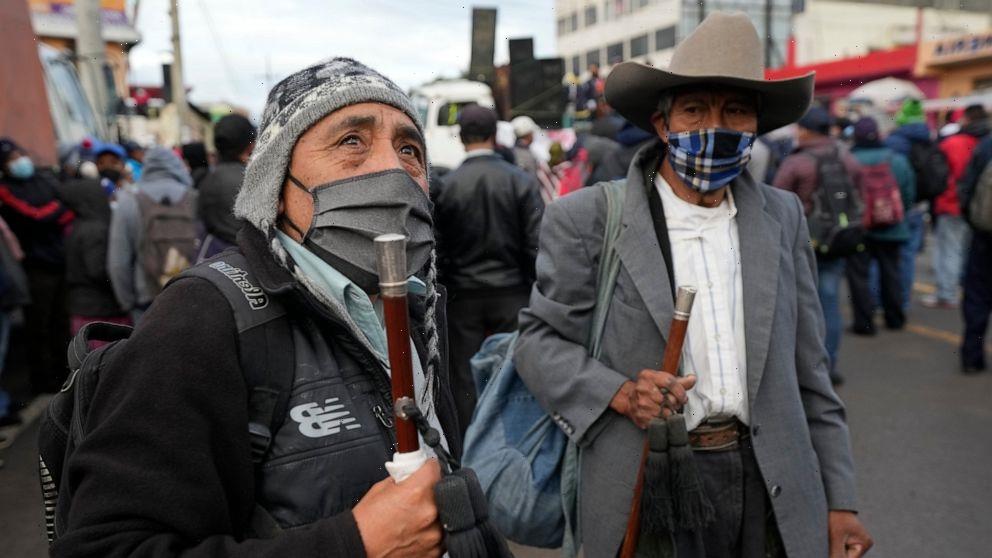 GUATEMALA CITY — Thousands of Guatemalans took to the streets in protest Thursday, blocking highways and calling for a national strike over the government’s apparent unwillingness to tackle corruption.

Pressure has been building since Attorney General Consuelo Porras fired anti-corruption special prosecutor Juan Francisco Sandoval on July 23. In response, the United States government this week said that it had lost confidence in Guatemala’s commitment to battling corruption and was temporarily suspending cooperation with Porras’ office.

President Alejandro Giammattei has previously spoken of his friendship with Porras, who was appointed by his predecessor, President Jimmy Morales.

Singing the national anthem, some 10,000 people blocked one of the country’s main highways early Thursday. Organizations representing Indigenous Guatemalans, farmworkers, students and professionals have said they will join a national work stoppage.

Mario Menchú, president of the 14 Communities of San Cristóbal Totonicapán, said protesters demanded Porras’ resignation. He also complained that Giammattei’had not followed through on promised structural improvements in the country.

Protests were taking place across Guatemala, including outside the Attorney General’s Office, which issued a statement saying it “respects the right to protest and the right of freedom of expression.”

Laura Aguiar, secretary general of the Oliverio Castañeda de León Students Association at San Carlos University, said her group demanded that both Porras and the president resign, accusing officials of failing to call out corruption.

Some business associations condemned the blockades as illegal.