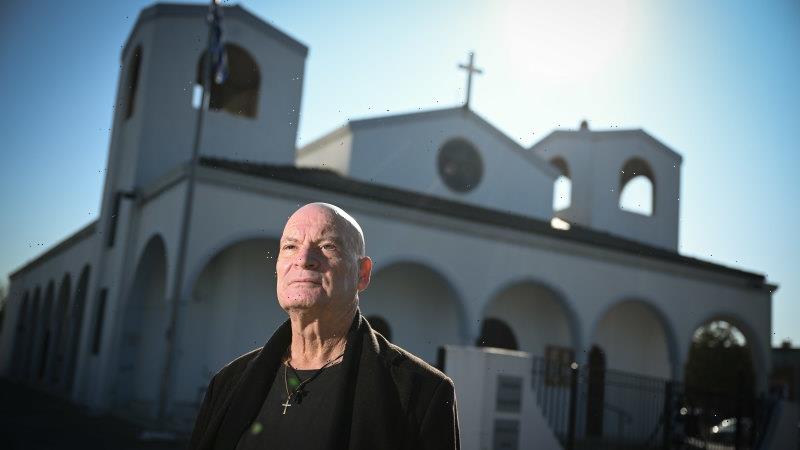 The leader of the Greek Orthodox Church in Australia is suing several of his and the church’s biggest critics, with the help of one of the country’s top defamation lawyers.

Accusations and retaliatory litigation uncovered by The Age and Sydney Morning Herald paint a picture of a church engulfed in legal battles as its leader, Archbishop Makarios Griniezakis, pursues his critics.

The archbishop has courted controversy since arriving in Australia in 2019, after the church bought a $6.5 million Millers Point apartment with panoramic Sydney Harbour views, where he now lives. 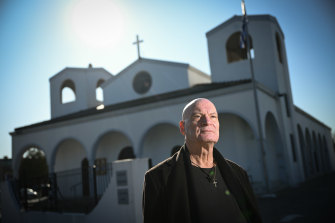 “The Greek community is always there for the Greek Church to help. At the same time we want to have a clear picture of where the money we are donating is going,” Morelas said.Credit:Eddie Jim

Brighton blogger Alkis Morelas was this week in the Federal Court, where Makarios is suing him over a “defamatory campaign” he says Morelas has run on his Greek Flash News website.

Morelas, a 70-year-old pensioner, has published a series of provocative articles accusing the church of failing to act on alleged sexual abuse by the clergy, questioning the personal spending of Makarios, of improperly appointing senior clergy in Australia, and a range of other inflammatory accusations.

Makarios has hired one of Sydney’s top silks – renowned defamation barrister Sue Chrysanthou, SC, who charges upwards of $10,000 a day – to pursue Morelas over four stories published on his website, which averages under 2000 visitors a month. 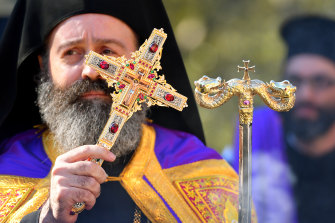 In a hearing in Sydney’s Federal Court this week, Chrysanthou successfully argued for key parts of Morelas’ defence to be struck out. When contacted, she declined to discuss the case.

Chrysanthou is one of the nation’s highest-profile defamation barristers; her previous clients include former attorney-general Christian Porter in his case against the ABC, actor Geoffrey Rush against The Daily Telegraph and Greens senator Sarah Hanson-Young against former senator David Leyonhjelm.

Morelas is not alone in being pursued by Makarios.

In the Greek courts, Australian journalist and former lawyer Vasso Morali, who now lives in Greece, is being sued by Makarios for 1 million euros over Facebook posts she wrote in 2020 relating to a documentary she produced with the church that ended in acrimony.

“Mr Makarios does not have any tolerance to any criticism,” she said from Greece, pointing out that every Sunday, Makarios preaches tolerance and forgiveness. “This is the teaching of Jesus Christ. How does pursuing me, as a pensioner – I earn approximately $2000 a month – for 1 million euros fit with that?”

“How does pursuing me, as a pensioner – I earn approximately $2000 a month – for 1 million euros fit with … the teaching of Jesus Christ?”

In documents filed in Greece, Makarios also threatens to add 10,000 euros to his claim against her for every subsequent Facebook post in breach, if the court finds in his favour.

Makarios is also suing another Greek religious newspaper, Orthodox Press, in Greece, which is ongoing.

And the church used legal threats to pursue the ABC over a story it published on Makarios and St Basil’s aged care home in Fawkner. The Greek church owns and manages the home where 50 residents died in 2020, Australia’s deadliest COVID-19 outbreak. The ABC did not change the story, but added an apology to Makarios. An ABC spokesman declined to comment, when asked about what had unfolded.

The church is very influential among Australia’s Greek diaspora, one of the largest outside Greece – almost half a million Australians have Greek heritage.

Morelas said he had published multiple stories about the behaviour of Makarios and others in the church because he was concerned about how the Archdiocese was run, and what happened to parishioner donations. “We want to have a clear picture of where the money we are donating is going.”

On July 1, the church wrote to its parishes with a list, obtained by The Age, of what it now requires priests to charge parishioners, including up to $800 to attend services like baptisms, marriages and funerals. The Age was told that contributions for sacraments at one parish in Melbourne, not assimilated into the archdiocese, was voluntary.

A statement from the Archdiocese declined to respond to questions on its use of the courts, but did address issues relating to the Morelas case.

There was a tradition of “robust debate about public affairs, including religious matters” in the Australian Greek community, the statement said, and Makarios and the church were prepared to accept criticism if “conducted with respect for the facts and in good faith”. Many of Morelas’ articles had, it said, been “false and defamatory” of Makarios and other clergy.

Litigation was a last resort, the church said, after warnings to Morelas to cease his articles only resulted in the attacks escalating. “The Archbishop regrets that litigation has become necessary and remains hopeful that a mutually acceptable resolution can be reached.”

In legal documents, Makarios said he was the victim of a two-year campaign waged by Morelas, whose Greek Flash News website “repetitively published articles [seeking] to denigrate” him using “sensationalised and insulting language”. These had “gravely injured” his “substantial reputation”.

In one post, Morelas wrote that the archdiocese was told in June 2020 of allegations by parishioners in Gosford, New South Wales, that priest Father Mario Fayjloun had been abusing parishioners and failed to take action until he was charged, according to court documents.

In May, Fayjloun faced court in NSW, charged with seven counts of aggravated sexual touching of another person. He remains on bail and has yet to enter a plea.

Morelas’ lawyer William Mulholland said his client was passionate about issues facing the Greek diaspora in Australia, and would find it hard to fight the resources of the church. “Mr Morelas is obviously not a large media company but a man of limited means.”