A GREAT-GRANDMOTHER has been left partially bald after she slipped and fell in fabric softener in a supermarket – with the liquid 'burning' her scalp.

Genevieve Osborne told how she felt "terribly depressed" after the incident in a Sainsbury's store left her with horrific weeping sores on her head. 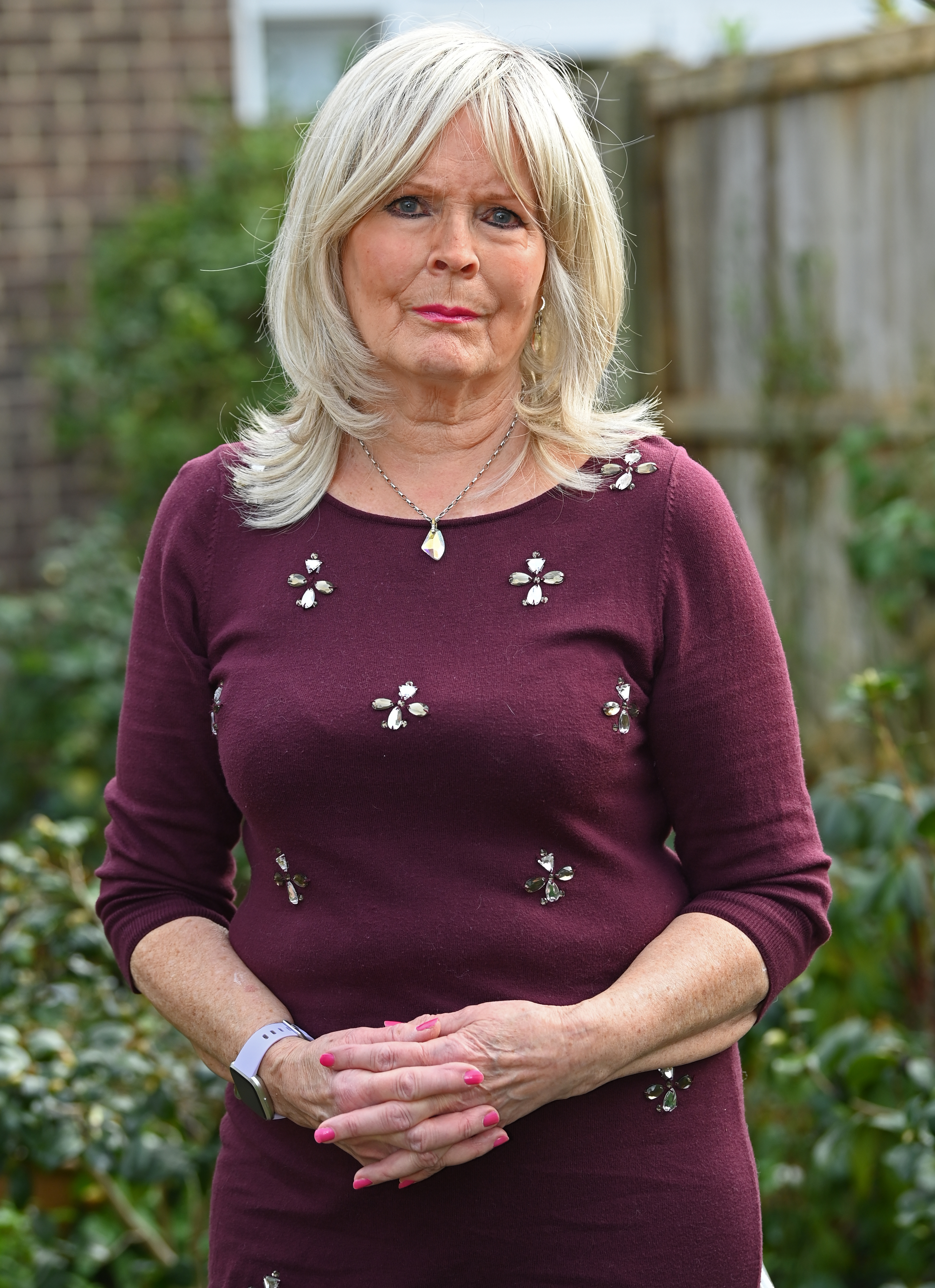 The 79-year-old, who now has to wear a wig,  was horrified to find that she had lost almost all of the hair on top of her head, after the fabric softener  sat on her skin for more than five hours as she was rushed to hospital.

Pensioner Genevieve, from Bromley, Kent, had been out buying dog food at the superstore when she slipped in the liquid and became covered in it.

Speaking to The Sun she said: “I didn't see the spilt fabric conditioner, I was pushing a trolley to get my dog food.

“I didn't look at the ground, I went straight over backwards and the fabric conditioner wasn't only all over my hair it was all over my clothes,  all over my new boots.

“Another customer rushed to help me get up,and called an ambulance because I have atrial fibrillation, which makes my heart beat too fast, so I had to have ECG in the ambulance and a brain scan when I got to A&E. 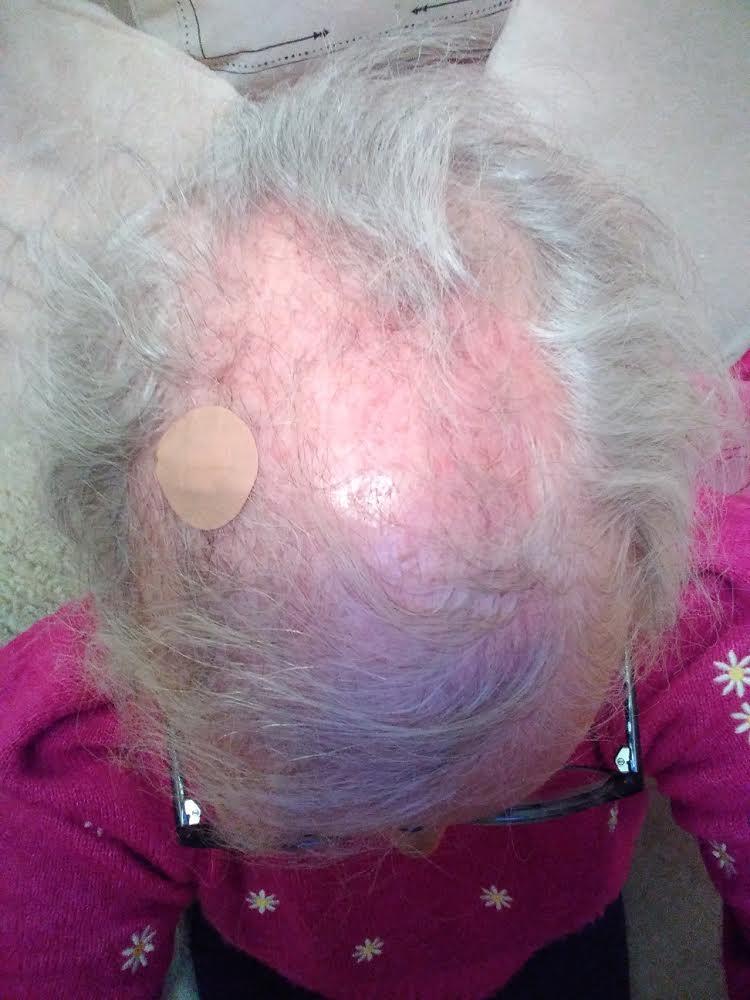 “All in all I had the fabric softener on my head and body for a good five hours while I was getting checked out at the hospital,who were worried about my heart so no one, including me, really thought about my head.

“A few days afterwards I had the horrible weeping blisters come up.It was really painful, they did eventually go down but it left me bald on the top of my head.

"Sainsbury's offered me £175 compensation for my clothes, which I accepted, but said there was nothing they could do about my hair.

“I’m a pensioner, I’m on pension credit. I have no money and I can’t afford to get a nice realistic wig rather than a cheap looking one that’s very fake. 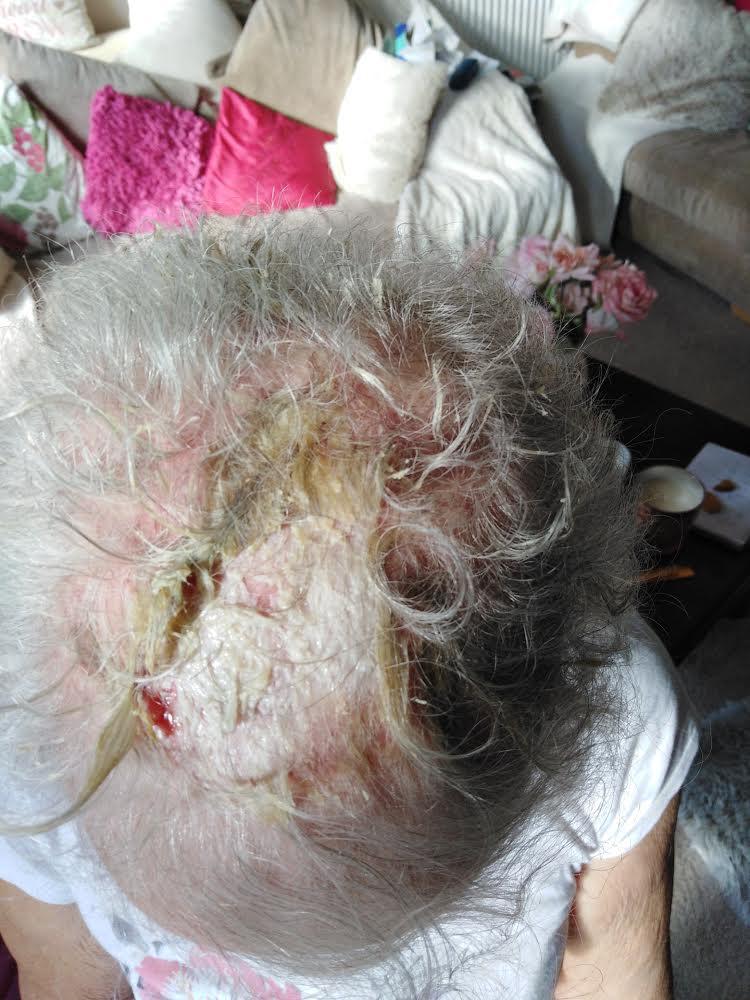 “I wasn't expecting a lot of money, I just wanted enough to buy myself a nice realistic wig because I just don’t want to go outside without one.

“I was terribly depressed, I didn’t want to go on. I had lovely hair before and I was always cutting it and colouring it.

“I honestly didn’t want to carry on living, but the pandemic has almost given me a new lease of life and I have to do things and get out to help with my family when I can.”

Genevieve said she contacted the supermarket giant again after clumps of her hair fell out in 2018, but claims they told that her case had been closed. 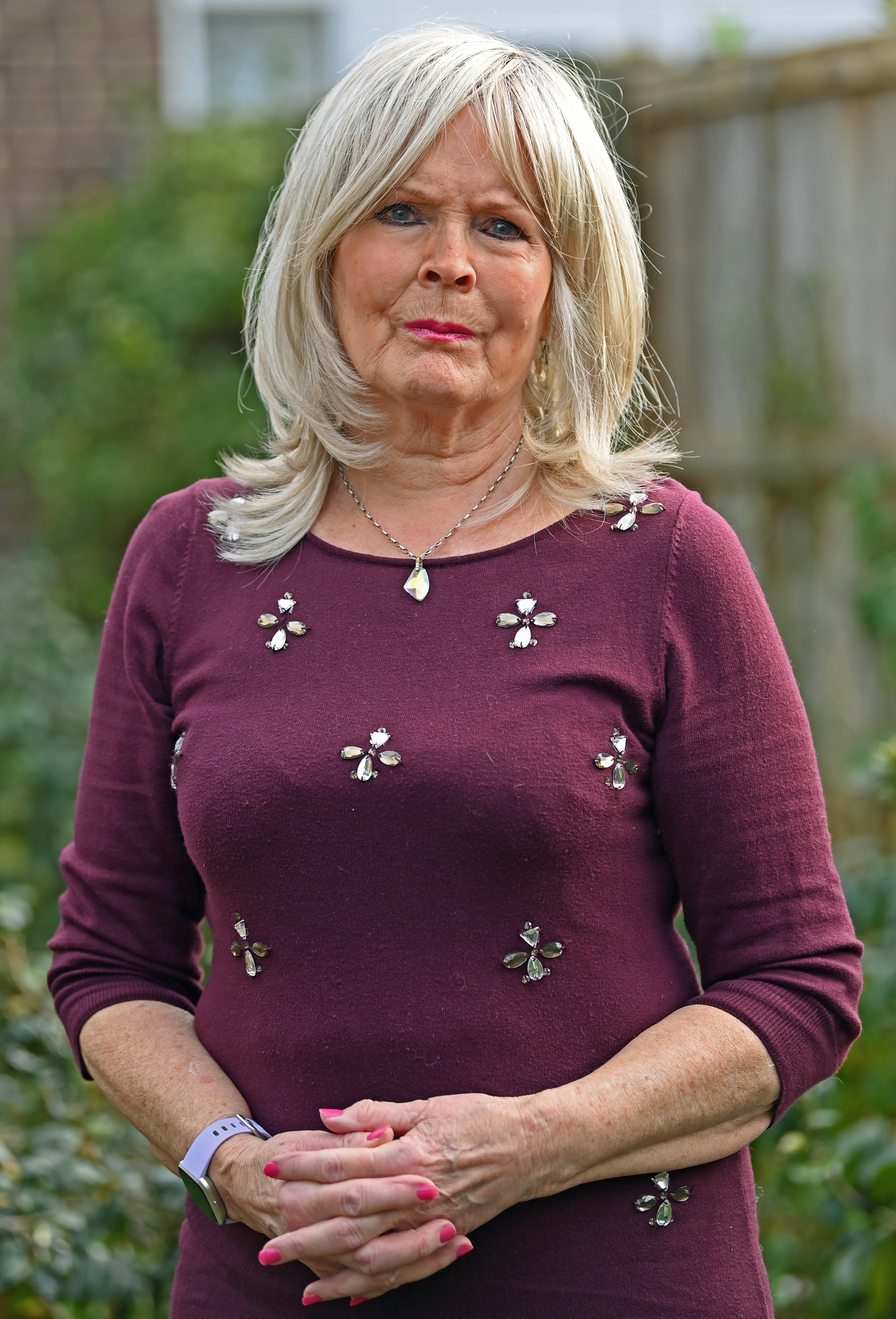 Experts say that fabric softener, when not diluted, contains ingredients that are caustic and can cause damage to the skin.

Dr Shaaira Nasir, Consultant Dermatologist at sk:n, explained: “Fabric softener contains ingredients that can irritate the skin if in direct contact and left on for long periods.

“This causes an eczema type reaction where the skin will become red, itchy and weep. 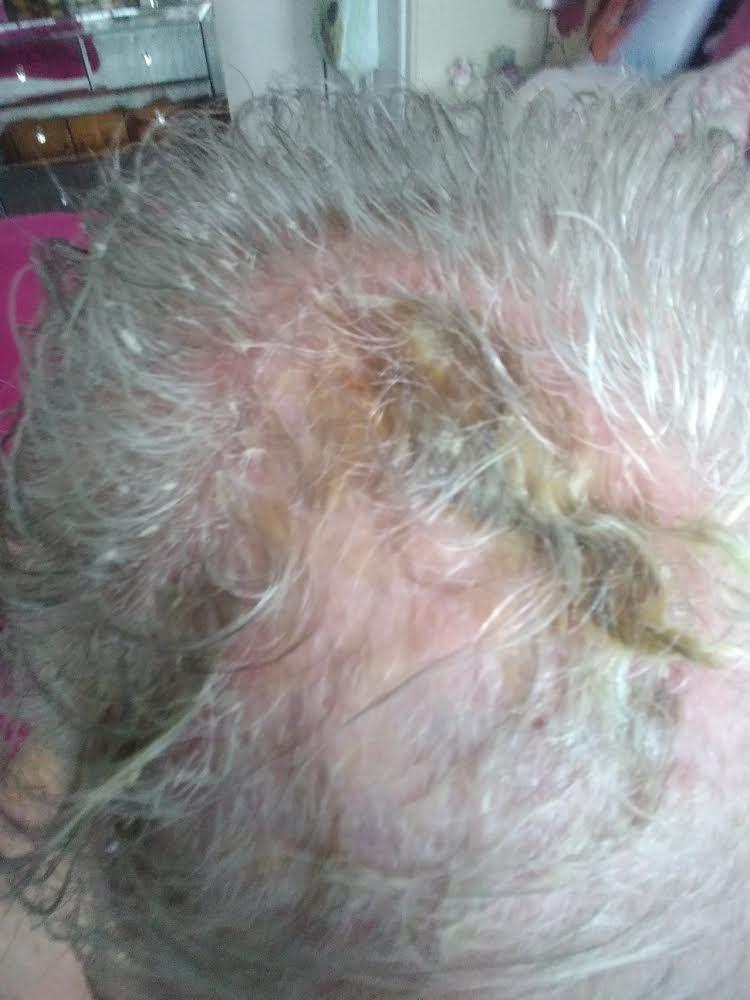 “Blistering and swelling may also occur in severe reactions. This can also be complicated by infection.

“A severe inflammatory reaction may also cause hair loss which may be permanent.

“As a dermatologist, I would discourage anyone from trying home-made remedies to treat skin concerns, always consult a dermatologist to gain advice on the best treatment for your needs.” 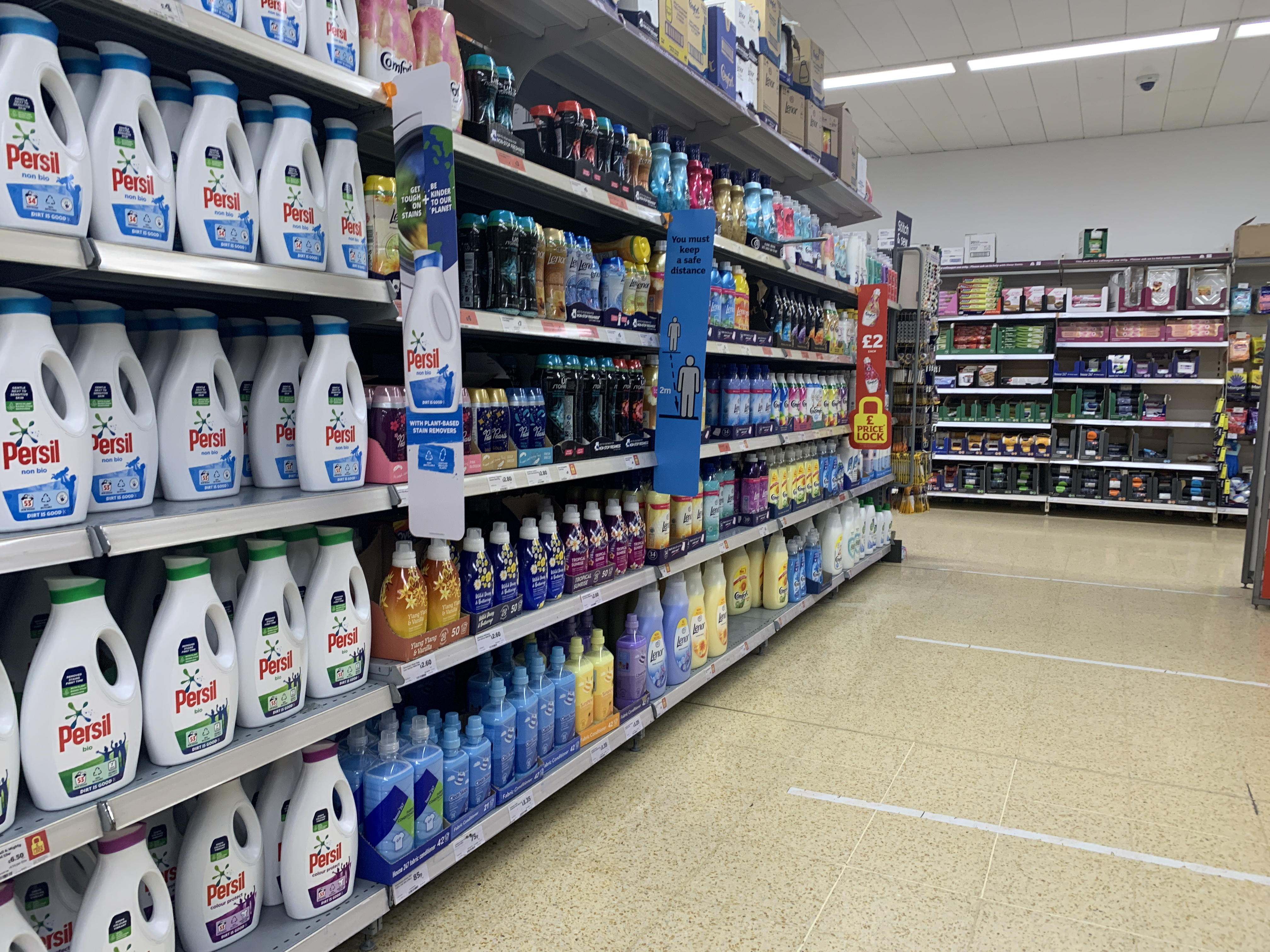 A spokeswoman for Sainsbursy added: “Safety is our highest priority and our colleagues are trained to clear and protect customers from spillages as quickly as possible.

“We apologised to Mrs Osborne for the experience, which was unfortunately within seconds of the spillage happening.

“We also provided a gesture of goodwill, which was accepted in 2018.”