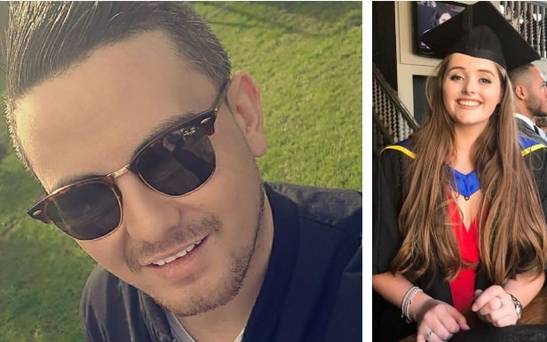 The man accused of murdering British backpacker Grace Millane was jeered in court as his identity was revealed publicly for the first time.

Jesse Kempson (26) was called a “scumbag” by a heckler in the public gallery during his first appearance before a judge at Auckland’s District Court in New Zealand, according to The Telegraph. Kemspon, who has been charged with murder, appeared in a blue boiler suit and sat close to the family of his alleged victim, whose body was found dumped in woodland close to a busy road on Sunday.

It emerged that he left a comment underneath one of Ms Millane’s Facebook pictures calling her: “Beautiful very radiant” (sic) just 11 minutes before she was last seen.

Kempson looked at the judge for most of the 90 minutes he was in court, nodding that he understood when spoken to, his eyes only occasionally flicking towards the cameras on the other side of the court.

His next appearance will be in the High Court on January 23.

Ms Millane, 22, went missing from a hostel in Auckland on December 1 and a body was found in the Waitakere Ranges on Sunday.

New Zealand’s prime minister Jacinda Ardern has given an emotional apology to the family of British backpacker Grace Millane, saying: “Your daughter should have been safe here, and she wasn’t, and I’m sorry for that.” Speaking to reporters about the death, Ms Ardern said: “I cannot imagine the grief of her family and what they would be experiencing and feeling right now.

“My thoughts and prayers are with her father David, who is in the country, her mother Gillian, who cannot be here, and her wider family, friends and loved ones.

“From the Kiwis I have spoken to, there is this overwhelming sense of hurt and shame that this has happened in our country, a place that prides itself on our hospitality, on our manaakitanga (a Maori term meaning kindness and generosity) especially to those who are visiting our shores.”

Appearing to become choked with emotion, the PM added: “So on behalf of New Zealand, I want to apologise to Grace’s family.

“Your daughter should have been safe here, and she wasn’t, and I’m sorry for that.”

Earlier on Monday in court, Judge Evangelos Thomas told members of the Millane family, who were in court: “Your grief must be desperate. “All of us hope justice for Grace is fair, swift and ultimately brings you some peace.”

Documents submitted to the court suggested police believe the University of Lincoln graduate was killed between December 1 and 2, her birthday.

A charge sheet also listed Kempson as living at the hotel where she was last seen alive.

Detectives said they had identified a “location of interest” after the investigation led them to a spot on Scenic Drive, a country road about 12 miles west of the city centre, on Saturday night.

Speaking at the scene on Sunday afternoon, Detective Inspector Scott Beard said investigators had “located a body which we believe to be Grace” about 10 metres from the roadside.

The last confirmed sighting of Ms Millane was at 9.41pm on December 1, the day before her birthday, at the Citylife Hotel, when she was seen with a “male companion”.

Since arriving in New Zealand from Peru on November 20, she had been in near-daily contact with her family.

Police received a missing person report on Wednesday and began a major search and public campaign that saw dozens of calls made to a helpline.

Ms Millane’s father, David Millane, flew to Auckland and made a public appeal for help finding his daughter, who he described as “lovely, outgoing, fun-loving (and) family-orientated”.

Her brother, Declan Millane, paid tribute by sharing pictures on social media of him and his sister, adding the lyrics of You Are My Sunshine.

He wrote on Instagram: “You are my sunshine, my only sunshine. You make me happy when skies are gray. You’ll never know, dear, how much I love you. Please don’t take my sunshine away.”

Kaepernick would reportedly sign with any NFL team — even the Redskins