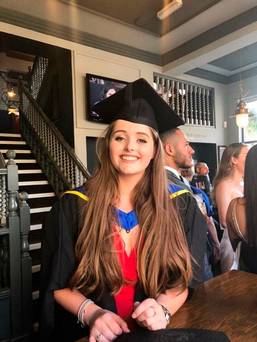 A body believed to be British backpacker Grace Millane has been found near a beauty spot on the outskirts of Auckland.

Detective Inspector Scott Beard, of Auckland City Police, said formal identification was yet to take place, although “based on the evidence we have gathered over the past few days we expect that this is Grace”.

A 26-year-old man has been charged with the murder of Ms Millane, 22, and is due to appear at Auckland District Court on Monday.

Detectives said they had identified a “location of interest” after the investigation led them to a spot on Scenic Drive, a country road around 12 miles west of the city centre, on Saturday night.

Speaking at the scene on Sunday afternoon, Det Insp Beard said investigators had “located a body which we believe to be Grace” around 10m from the roadside.

“The formal identification process will now take place, however based on the evidence we have gathered over the past few days we expect that this is Grace,” he said. “Obviously this brings the search for Grace to an end. It is an unbearable time for the Millane family and our hearts go out to them.”

A stretch of the road was closed on Sunday afternoon while forensics officers scoured the area.

Two large blue and white tents had been erected and investigators wearing white overalls were seen nearby.

Scenic Drive snakes through dense rainforest in the Waitakere Ranges, which lie to the west of Auckland. The spot where police found the body they believe to be the backpacker is in the vicinity of the Waitakere Reservoir and dam, a beauty spot with hiking trails.

Det Insp Beard revealed that investigators are analysing a hire car as part of the probe. The red Toyota Corolla hatchback was hired from a central Auckland rental firm just before lunchtime on December 2, the day after Ms Millane was last seen alive.

Police have appealed for sightings of the car in the west Auckland area between 6.30am and 9.30am on Monday.

The last confirmed sighting of Ms Millane was at 9.41pm on December 1, the day before her birthday, at the Citylife Hotel in central Auckland, when she was seen with a “male companion”.

Since arriving in New Zealand from Peru on November 20, she had been in near-daily contact with her family.

Police received a missing person report on Wednesday and commenced a major search and public campaign that saw dozens of calls made to a helpline.

Ms Millane’s father, David Millane, flew to Auckland and made a public appeal for help finding his daughter, who he described as a “lovely, outgoing, fun-loving (and) family-orientated”.