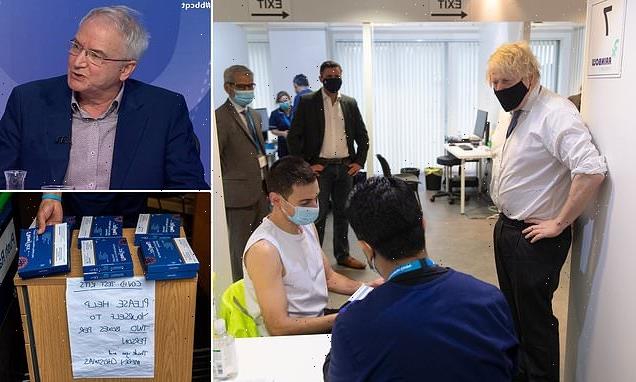 No tests before NYE: LFTs run out AGAIN and officials say people will struggle to get PCRs ‘anywhere within 48 hours’ – as experts warn it’s ‘very worrying’ people will mix at parties without tests after No10 told public to just ‘be cautious’ instead

Officials fear people may soon struggle to access a PCR test ‘anywhere near them’ within 48 hours of applying as experts issued a New Year’s Eve warning because of the ongoing testing supply crisis.

Boris Johnson has urged the nation to enjoy celebrations tomorrow night in a ‘cautious and sensible way’.

The Prime Minister said people should ‘take a test’ before heading to festivities but lateral flow tests and PCR test appointments are still unavailable this morning as the testing chaos enters its fourth day.

A Number 10 source has stressed that people do not have to take a test before they go out but should take one ‘where possible’.

A Government scientific adviser warned this morning it is ‘very worrying indeed’ that people in England could mix on New Year’s Eve without taking a Covid test.

Meanwhile, a Government official told The Telegraph that people could soon struggle to get a PCR test at a walk-through or drive-through site within two days of asking for one as demand rises.

A source told the newspaper: ‘PCR test demand is still increasing. It’s at the point now where demand and capacity are about level. But we will soon reach the point where people are struggling to get PCR tests anywhere near them within 48 hours. And what do we do then?’

The Government is under growing pressure to resolve the testing shortage but ministers have blamed global supply issues. 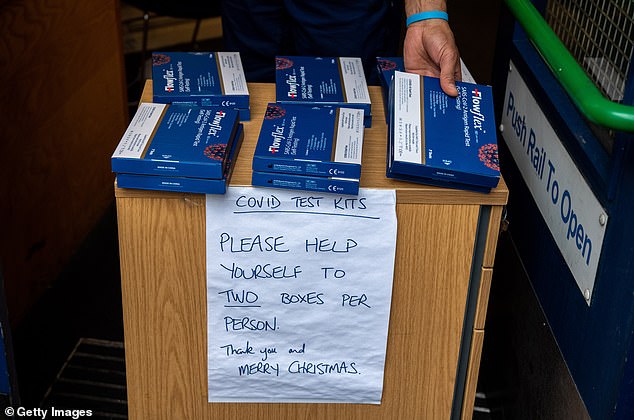 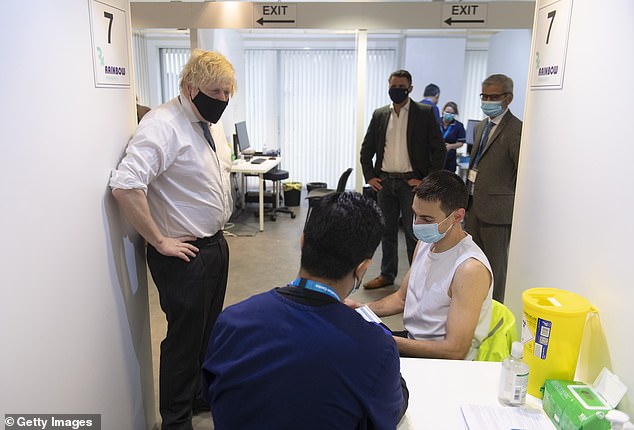 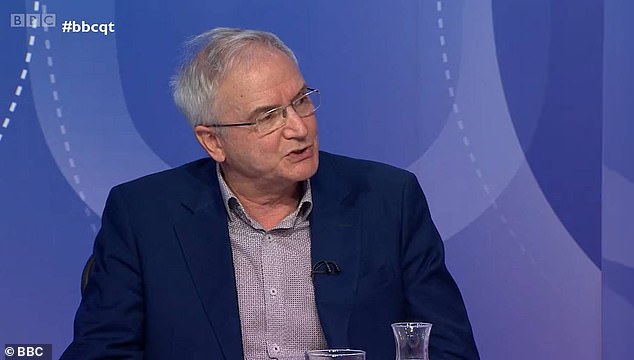 Mr Johnson said yesterday that people should get tested before celebrating with friends and family.

He said: ‘I think everybody should enjoy New Year but in a cautious and sensible way. Take a test, ventilation, think about others, but above all get a booster.’

But rapid swab kits were not available online and pharmacies warned they had run out too with the Government website still showing they are unavailable for home delivery this morning.

Appointments for drive-through and walk-in Covid tests were unavailable for hours on Wednesday – even for doctors, nurses and carers – and are still unavailable this morning.

Prof Openshaw was asked this morning how he feels about the prospect of people meeting up tomorrow without being able to take a test beforehand.

He told the BBC’s Radio 4 Today programme: ‘I think it is very worrying indeed. I think that we know the situations in which transmission happens and fortunately I don’t think we are facing the sort of lockdown that was necessary in order to cope in the very earliest part of this year.

‘But we do know that crowding together in poorly ventilated spaces, particularly if you are shouting over loud music and so on, is absolutely perfect in terms of transmitting this very, very high transmissible virus.’

Asked if he believes new coronavirus rules will be needed in England in the coming days, he replied: ‘That really is a political decision. I think, you know, as scientists and advisers all we can do is say what is likely to happen, according to the facts as we know them and then political decisions need to be made about what they are willing to put in place in terms of mitigation measures.’

Prof Openshaw said it is still ‘much too early to know’ the full impact of Omicron.

‘I think from the NHS point of view, the hospitalisations have now hit about 10,000 and about 70 per cent of those directly due to Covid and the daily admissions are increasing,’ he said.

‘The hospitalisations have roughly doubled in the last 10 days. There is always quite a lag in these figures and of course it is much too early to know what that is going to translate to in terms of people who will very sadly die.

‘But I think it is inevitable that over time this will show up as the patients present and go through the course of this disease.’

Asked if he anticipates a large rise in the number of Covid patients in intensive care, Prof Openshaw said: ‘I think what we haven’t seen really is what will happen to people who haven’t been vaccinated and remember a lot of those who are eligible for vaccines have chosen not to take them and what will happen to the older, more vulnerable population.

‘So far there has been a disproportionate number of infections in children and that has spread to the parents of those children, to those age groups, and it looks like it is now spreading up through the age groups.’

The Government’s decision to cut the self-isolation period from 10 days to seven, as well as advice to take a test before socialising, has seen demand for tests rocket in recent weeks.

Officials have acknowledged that during periods of exceptional demand there could be ‘temporary pauses’ in ordering or receiving tests, in an attempt to manage distribution across the system. 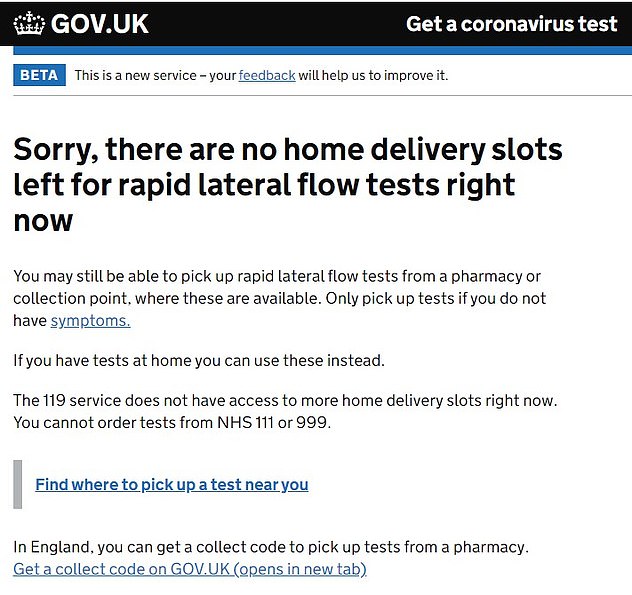 For most of the day yesterday, the Government website showed there were no home deliveries available for lateral flows, but officials insisted they were adding new ones every few hours

The reduced postal system over Christmas has also added to the supply issues.

Sir Roger Gale said Mr Javid had confessed there was a problem with supplies – previously ministers and officials had insisted they had sufficient stocks but the problems were in delivering them to people’s homes or pharmacies.

A Number 10 source told The Times that people do not need to take a test to go out but that it is advisable.

The source told the newspaper: ‘The government is not telling people they should not go out.

‘It’s about personal responsibility. But of course people should get a test where possible.’

Lady Gaga: I ‘had a psychiatric nurse with me’ while filming ‘House of Gucci’
World News