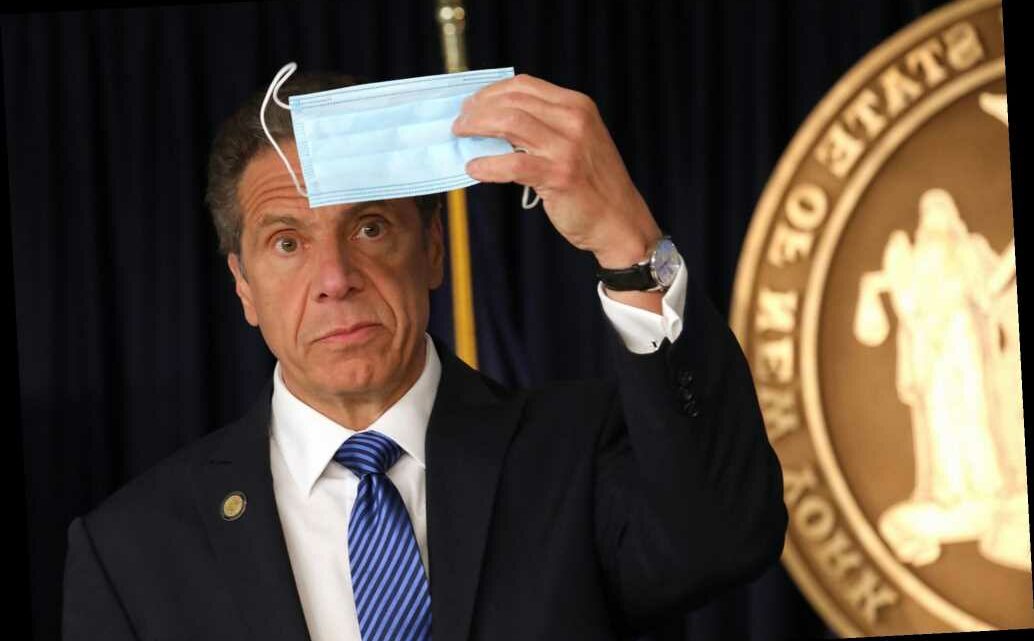 Gov. Andrew Cuomo — who’s been blamed for letting the deadly coronavirus run rampant in New York’s nursing homes — is set to receive an International Emmy award for his daily TV briefings about the disease.

But it won’t be for Outstanding Lead Actor in a Real-Life Drama.

Instead, Cuomo will be recognized for his “effective use of television during the pandemic,” the International Academy of Television Arts & Sciences announced Friday.

“The Governor’s 111 daily briefings worked so well because he effectively created television shows, with characters, plot lines, and stories of success and failure,” said Bruce Paisner, president and CEO of the International Academy.

“People around the world tuned in to find out what was going on, and ‘New York tough’ became a symbol of the determination to fight back.”

Cuomo will be presented with the International Emmys’ “Founders Award” during an event that will be live-streamed on Monday, the academy said.

The since-rescinded policy is under review by the US Justice Department, which in October ramped up its probe by asking the state to hand over a breakdown of hospital deaths.

The information, which officials have refused to make public, could dramatically increase the official tally of nursing home residents who were killed by the virus, which is now around 6,700.

In August, The Associated Press estimated the actual death toll could be as high as 11,000.

“I’ve never heard of anything like this in my entire life,” he said.

“He’s getting all the credit to celebrate his win, and I think it’s just wrong. There’s too many people struggling still for him to be taking a victory lap.”

US Rep. Tom Reed, a Republican who represents the upstate area around Corning, called the award a “sick joke” and said it explained why “so many Americans are fed up with Hollywood elites.”

“The Governor’s refusal to use these briefings to answer basic questions, including New York’s disastrous nursing home policies that killed thousands of our state’s grandparents and parents, is not worth celebrating,” Reed said.

City Councilman Joe Borelli (R-Staten Island) also said that “this is like giving Bill Buckner the Gold Glove Award” for his crucial error in the 1986 World Series, when the Boston Red Sox first baseman let an easy ground ball pass through his legs leading to a Mets comeback and win.

“It’s hard to imagine how family members of nursing home residents who died from the coronavirus will feel when Cuomo gets on stage and receives an Emmy award,” Borelli added.