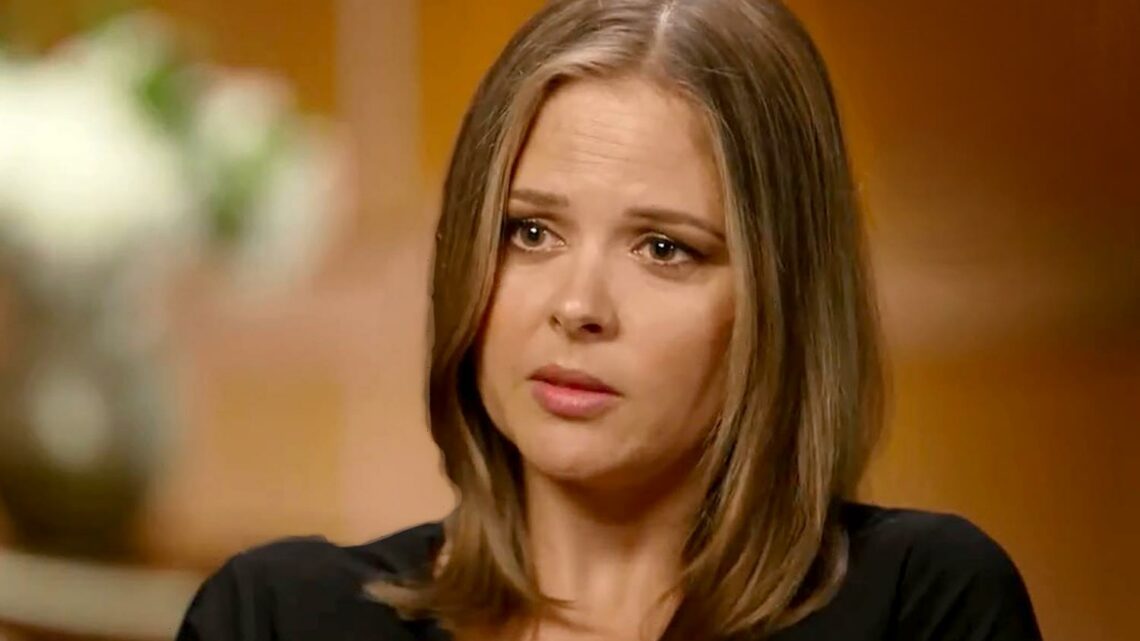 ANDREW Cuomo’s accuser has revealed herself and said she wants the New York Governor held responsible after he “cupped her breasts”.

Former aide Brittany Commisso, 32, told CBS This Morning and the Albany Times Union she had filed a complaint, which is now a criminal investigation, because “it was the right thing to do,” according to an excerpt released Sunday. 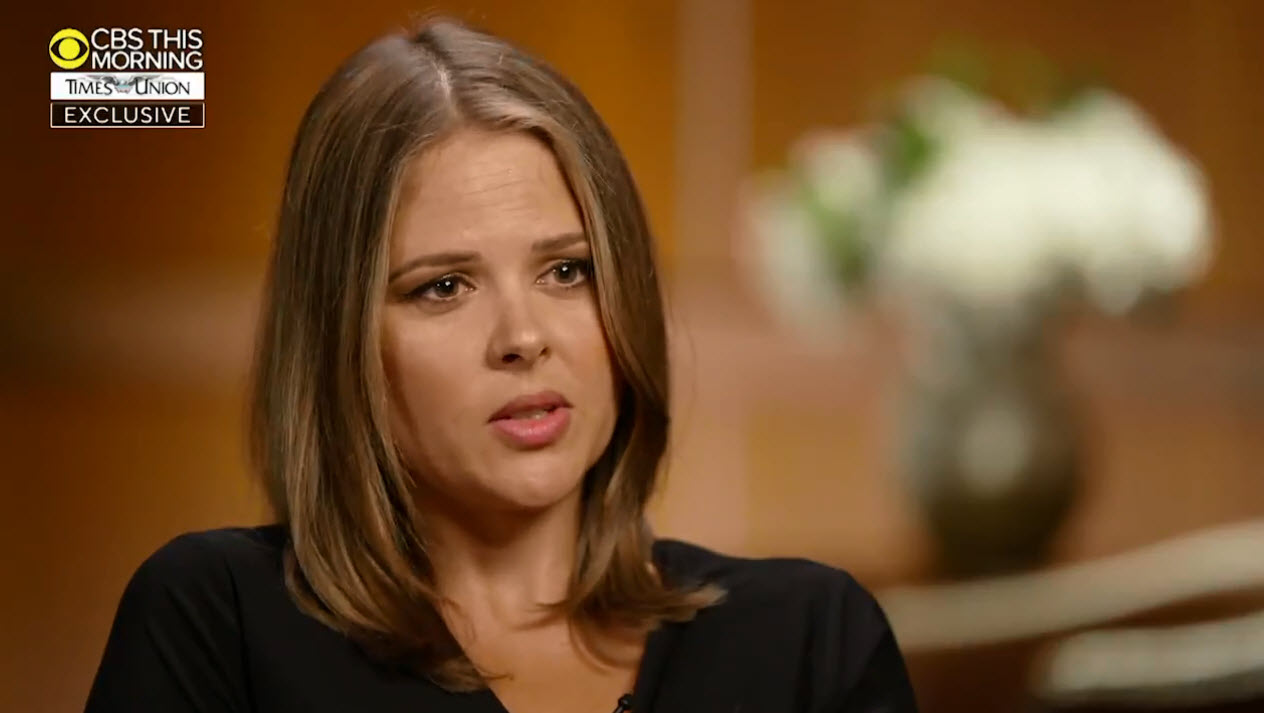 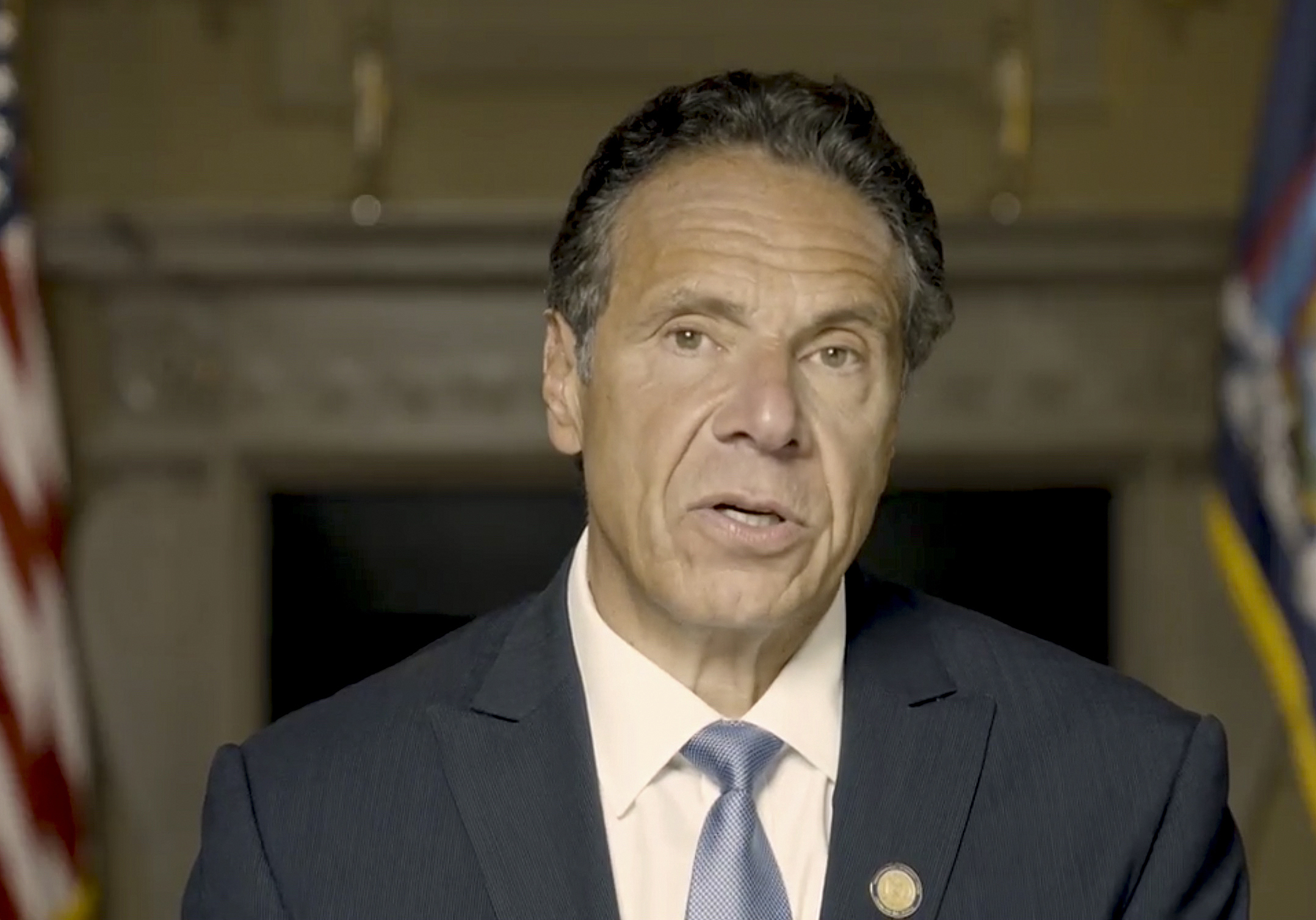 Commisso said: “The governor needs to be held accountable.

“What he did to me was a crime. He broke the law.”

Andrew Cuomo, 63, has repeatedly denied he ever “touched anyone inappropriately”.

In the 168-page report, Commisso is referred to as “Executive Assistant #1”.

The report details that Commisso testified under oath that Cuomo reached under her blouse and molested her while they were at the Executive Mansion in Albany last month.

“I mean it was – he was like cupping my breast. He cupped my breast,” she told investigators.

She added: “I in no way, shape or form invited that nor did I ask for it. I didn’t want it. I feel like I was being taken advantage of.”

The alleged groping was the culmination of a series of “offensive interactions,” according to the report.

The allegations also include Cuomo “touching and grabbing of [Commisso’s] butt during hugs and, on one occasion, while taking selfies with him,” the report details.

According to James’ report, Brittany Commisso “repeatedly testified that she felt she had to tolerate the Governor’s physical advances and suggestive comments because she feared the repercussions if she did not.”

She also “testified that she needed the income (including the overtime pay received from working on weekends), particularly as she was going through a divorce and was focused on not risking losing her job.”

I in no way, shape or form invited that nor did I ask for it. I didn’t want it. I feel like I was being taken advantage of.

Commisso had previously given an interview with the Times Union, which had not identified her at the time, where she gave a vivid account of the alleged groping incident.

She said she had been summoned to the Executive Mansion in order to help Cuomo with his cellphone.

When she arrived at his office on the second floor, she claimed the Democrat came out from behind the desk and aggressively embraced her in an overtly sexual manner “that wasn’t just a hug.”

While the sound of the door was loud enough for his staff most likely to hear and wonder what was going on, he wasn’t deterred, she claimed.

“He came right back and he pulled me close and all I remember is seeing his hand, his big hand,” she said.

She claimed it was then that Cuomo reached under her blouse and grabbed one of her breasts over her bra.

“I was just so confused and so taken aback by it… He never said anything, which was odd,” she said.

Commisso also said she believed Cuomo tried to groom her for a relationship during the past two years through inappropriate behaviour, such as tight hugs and kisses on her cheek.

“It was never in front of anybody,” she said.

“He made sure that it was either at the mansion or, if it was at the Capitol, that no one was around.”

Her lawyer has said Commisso is willing to take a lie detector test and wanted Cuomo to have one as well.

CALLS FOR CUOMO TO RESIGN

Arkansas Gov. Asa Hutchinson – who last month succeeded Cuomo as chairman of the National Governors Association – has added his voice to the calls for Cuomo to step down.

On Sunday he said his predecessor “needs to resign” over Commisso’s allegations, which he said “could not be more serious.”

“No woman should have to go to the workplace and have to choose between a paycheck and being assaulted,” Hutchinson told CBS’ Face the Nation.

“It’s a sad circumstance, but that was a very credible review and the allegations are very serious.”

She also attacked some of his accusers, including Commisso.

Glavin, a former US Justice Department official, said that emails and other records not contained in James’ report contradicted its finding regarding the chain of events on November 16, when the report said she was groped.

“This woman’s story, as stated as fact in the report, is false,” Glavin said.

“The documentary evidence does not support what she said.”

Commisso’s lawyer, Brian Premo, said afterward: “My client has consistently said and testified that she does not know the date.”

“She never said November 16 and as far as their allegation that she wasn’t there the day that happened – that’s wrong,” Premo said.

“She was there the day he did what she alleged. She will further respond in due course.”

Albany County Sheriff Craig Apple said in a Saturday news conference Cuomo could face “a couple” of misdemeanor charges based on Commisso’s allegations.

“At this point, I’m very comfortable and safe saying she is, in fact, a victim,” he said.

Commisso was hired by the Executive Chamber as an administrative assistant on a salary of $62,000-a-year in 2019’s fiscal year.

She had previously worked as a confidential stenographer for the Department of Transportation, according to the Empire Center for Public Policy’s SeeThroughNY website.

Commisso is currently in the middle of divorce proceedings with her husband Frank Commisso Jr, 37, a former Albany Common Council member who lost a 2017 mayoral campaign.

Frank Commisso Jr. works for the New York State and Local Retirement System and is the son of Frank Commisso Sr., who has been an Albany County legislator since 1983.

The couple has a daughter, Gianna, who is thought to be around 6 years old. 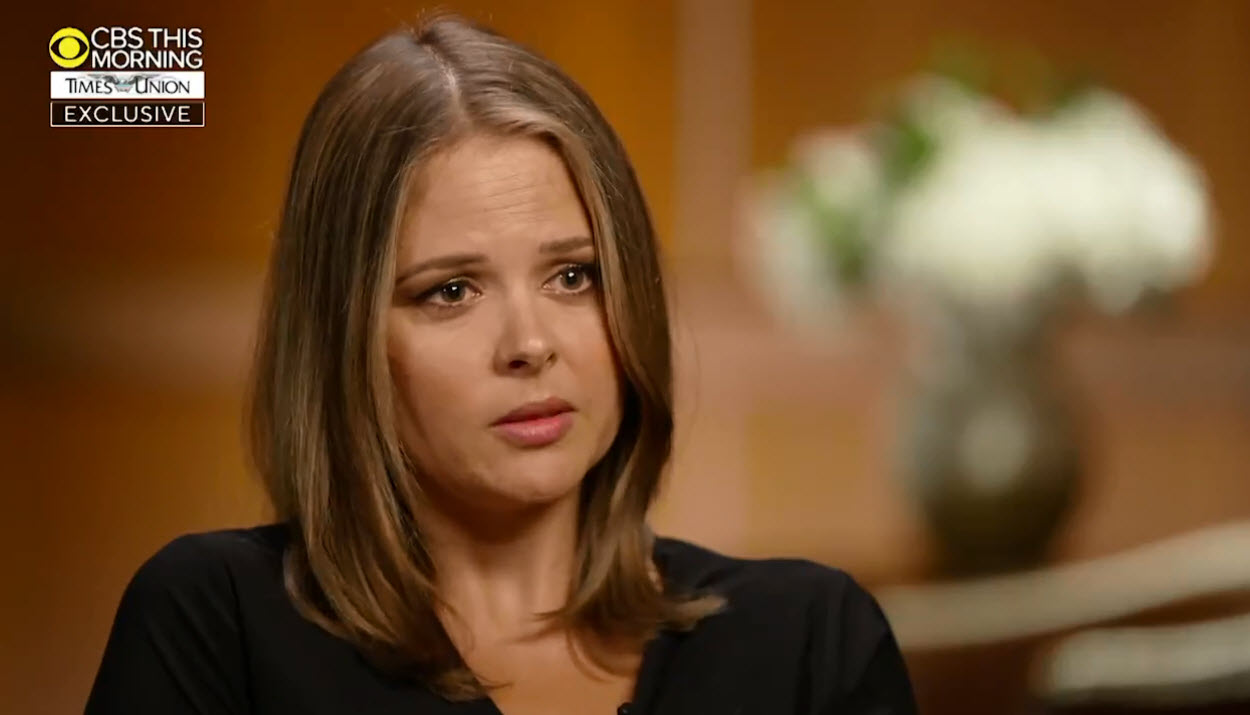 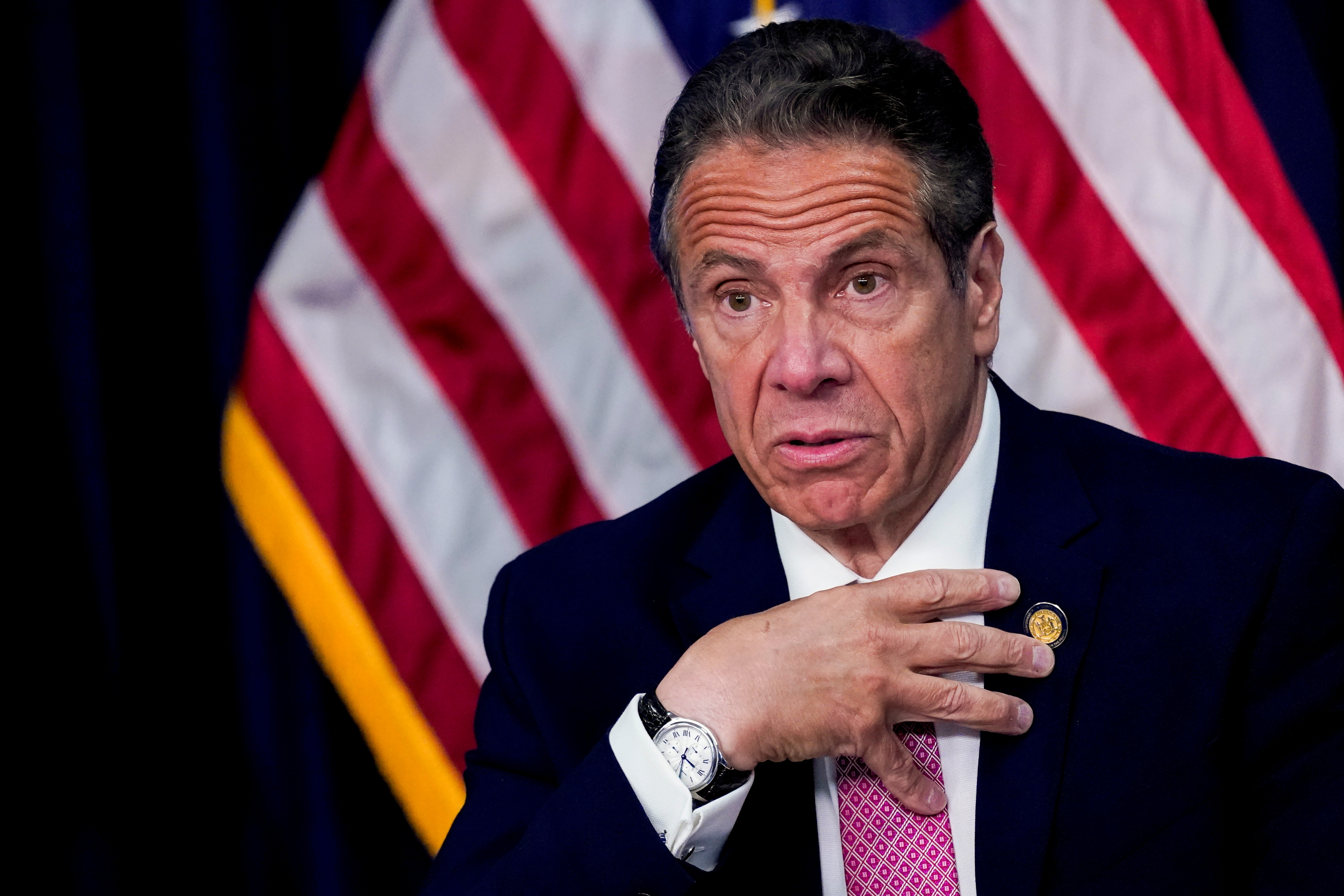