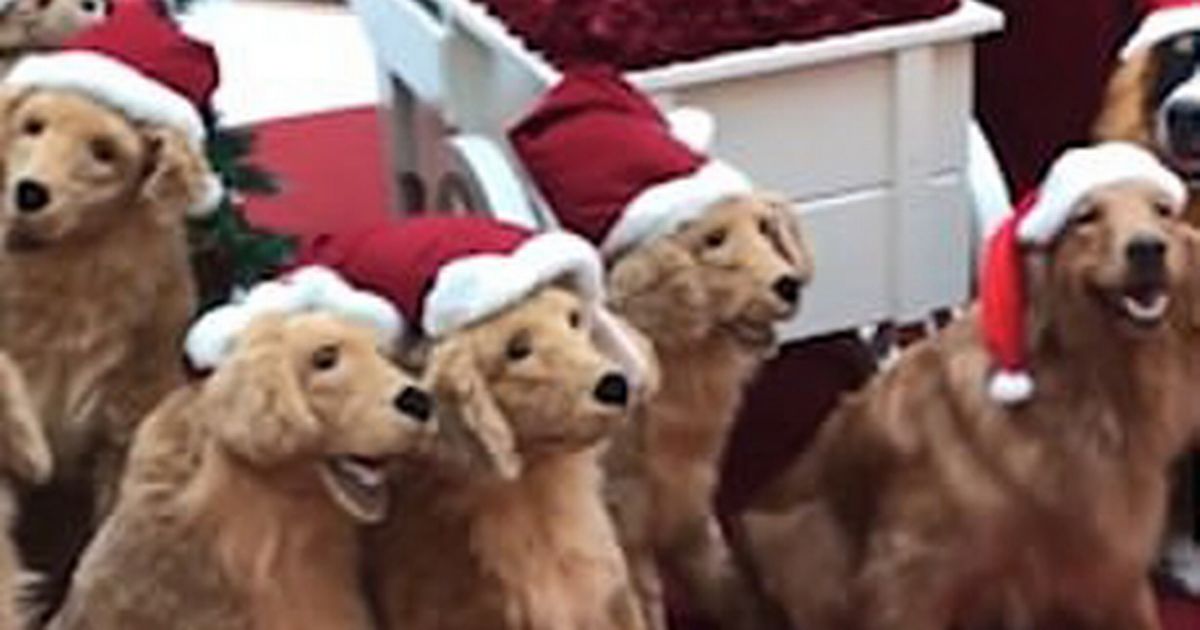 A group of Golden Retrievers made a brilliant festive moment in a busy shopping centre – by blending in perfectly with a group of robot dogs.

A video shows four real-life pets sitting alongside the automated animals, making it hard to pick out which dogs are real and which aren’t.

The clip was filmed in Sao Paulo, Brazil, where three Golden Retrievers and a Bernese Mountain Dog make themselves at home in the heart of the festive display.

And the well-behaved dogs sit perfectly still among the ten mechanical Golden Retrievers.

The video has been widely shared online, with the person who posted it writing: "A group of friends who own Golden Retrievers, along with a friend who owns a Bernese, were in the mall to see the Christmas decorations with the Golden’s tree.

"In order to participate in the ‘Golden’s Christmas’, the Bernese was disguised as a Golden Retriever as well."

One Golden Retriever is seen sitting on a red sofa, while the three others sit shoulder to shoulder with the robots, who appear to be nodding.

There is also a Father Christmas towering over the pets, holding a bunch of red flowers.

The friendly-looking dogs crowd around Santa in the popular clip.