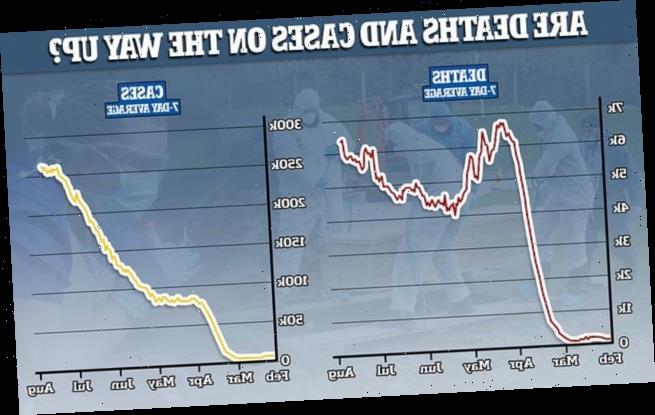 The number of people dying each day from coronavirus across the world is rapidly approaching levels seen at the peak of the first wave in April, data shows.

Around 6,600 people succumbed to the life-threatening infection every day on April 18, during the height of the Covid-19 crisis in Europe. The rolling seven-day average then dropped thanks to strict lockdowns quelled the outbreak and drove down death rates across the continent over the summer.

But outbreaks have accelerated in North and South America in recent weeks, where three-quarters of all Covid-19 deaths are now occurring.

The seven-day average of global daily deaths stood at 6,348 on August 16, according to the most recent figures published by the World Health Organization.

Three-quarters of a million patients have now died across the world since the virus was first spotted in China, although this is likely to be an underestimate due to the volume of patients still going undiagnosed.

Scientists said the finding should serve as a ‘wake-up call’ that many nations are still in the grips of uncontrollable outbreaks, even if Europe’s epidemic has largely been squashed.

In Europe, more than a dozen countries reported an uptick in infections in the last week — but the rise in cases has not corresponded with an increase in deaths.

Experts believe the climbing cases on the continent represent a mixture of increased testing, as opposed to spiralling outbreaks.

Some scientists say death rates have yet to rise because doctors have got better at treating Covid-19. Others have suggested the SARS-CoV-2 virus may have mutated to become weaker and give it a better chance of surviving. 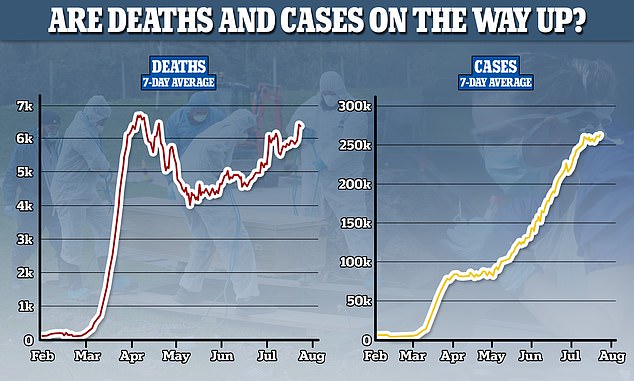 The seven-day global death average now stands at 6,152 (left) as the crisis continues to accelerate in the Americas. Infections are back on the rise (right) in Europe, but so far deaths on the continent have not followed the same trajectory

The most recent World Health Organization (WHO) coronavirus report confirmed that the Americas had become the new epicentre of the virus.

The grim statistics are largely being driven by the US and Brazil — the two worst-hit countries in the world, where there are still more than a thousand deaths each day.

But Peru is quietly suffering a major outbreak that has seen fatalities increase by 220 per cent in the last week, with more than 400 people succumbing to Covid-19 every day.

It now gives the country the worst death toll per capita in the Americas, with 784 fatalities per million people compared to the US’ 518 and Brazil’s 523. By contrast, the rate in the UK is around 600. 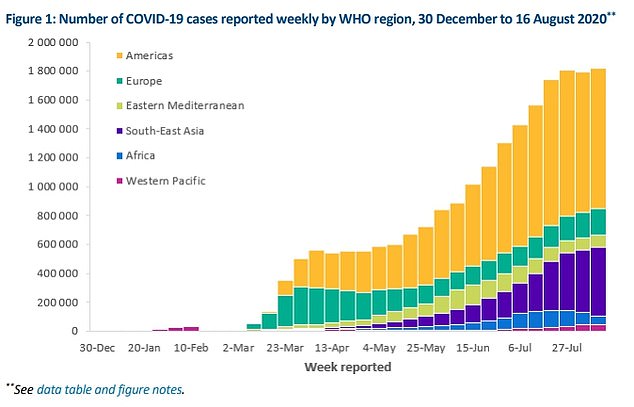 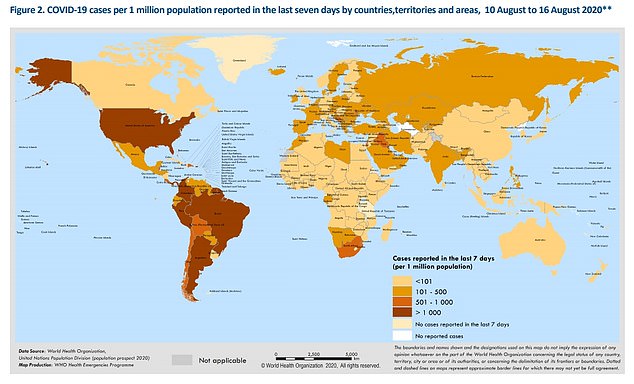 HAS COVID GOT WEAKER IN EUROPE?

There were fears that a second wave of Covid was developing on the continent last month when cases began to rise in more than a dozen countries.

But climbing infections have not corresponded with a rise in deaths, leading some to believe the virus is getting weaker.

A strain of the virus circulating in high numbers in Europe at the moment is called D614G.

Paul Tambyah, senior consultant at the National University of Singapore and president-elect of the International Society of Infectious Diseases, said evidence suggests the proliferation of the D614G mutation has coincided with a drop in death rates, suggesting it is less lethal.

‘Maybe that’s a good thing to have a virus that is more infectious but less deadly,’ Dr Tambyah told Reuters.

Tambyah said most viruses tend to become less virulent as they mutate.

‘It is in the virus’ interest to infect more people but not to kill them because a virus depends on the host for food and for shelter,’ he said.

Scientists discovered the mutation as early as February and it has circulated in Europe and the Americas, the World Health Organization said.

The WHO has also said there is no evidence the mutation has led to more severe disease.

Sebastian Maurer-Stroh of Singapore’s agency for science, technology and research said the variant has also been found in the city-state but that containment measures have prevented large-scale spread.

Malaysia’s Noor Hisham said the D614G strain detected there was 10 times more infectious and that vaccines currently in development may not be effective against this mutation.

But Tambyah and Maurer-Stroh said such mutations would not likely change the virus enough to make potential vaccines less effective.

‘(The) variants are almost identical and did not change areas that our immune system typically recognise, so there shouldn’t be any difference for vaccines being developed,’ said Maurer-Stroh.

In June, doctors in Italy claimed the coronavirus has weakened and become a shadow of the disease that rapidly spread around the world at the tart of 2020.

The medics claimed the infection – which has now killed almost 750,000 people – is much less lethal than it was and ‘no longer clinically exists’.

These claims were based on findings that patients had much smaller amounts of the virus in their system, compared to samples taken during the peak of the crisis in March and April.

However, these claims were contentious and savaged by other academics, with one calling the statements ‘bulls***’.

Professor Brendan Wren, Professor of medical microbiology at London School of Hygiene & Tropical Medicine, said the drop in death rates due to COVID-19 infection could be attributed to many factors such as improved awareness and treatment of the disease.

‘Without undertaking comparative analyses in appropriate infection models between the mutant D614G and the parent strain, it is not possible to correlate the emergence of this mutant with less disease severity,’ Professor Brendan Wren said in response to Tambyah’s comments.

Experts can’t quite pin down exactly why Peru is being battered so hard, but some have speculated it could be due to its high level of vulnerable communities, including impoverished Venezuelan immigrants and indigenous groups.

Professor Trudie Lang, director of the global health network at Oxford University, told The Telegraph the crisis in the Americas should serve as a ‘wake-up call’.

She added: ‘We cannot be complacent, there are still a lot of nations that are yet to experience the worst of it and deaths are going to continue to go up.’

The pandemic is also accelerating in swathes of South East Asia, which made up a quarter of all cases and a fifth of all Covid-19 deaths last week, according to the WHO.

India is bearing the brunt of the crisis in the region, with nine in 10 fatalities occurring in the country over the seven-day period and 85 per cent of infections.

Professor Lang added: ‘We need to keep a careful eye on India’s close neighbours, as we’ve seen throughout the pandemic that the virus follows economic factors – like transport and trade routes.’

The Oxford professor said wealthy countries were hit by Covid first because international travel is more common in rich nations.

The epidemic in India should serve as a warning that developing countries may only now start suffering major crises and drive deaths up further, she said.

In Europe, there are fears that a second wave could be developing following a gradual rise in infections after lockdowns were eased.

But just five nations, all of which are in Eastern Europe, have seen climbing cases translate to more hospitalisations — Bulgaria, Poland, Romania, Slovakia and Slovenia.

Only three — Bulgaria, Luxembourg and Romania — have seen a corresponding increase in fatalities.

Experts are split as to why deaths and hospitalisations are not following the upward trend in cases.

It was initially thought that deaths would follow suit weeks later, due to the lag in time between catching the virus and falling seriously unwell.

But cases have steadily been on the rise since July, so these deaths would’ve already started trickling through into the data.

Many scientists believe the rise in cases is merely reflective of increased testing.

Professor Paul Hunter, an epidemiologist at the University of East Anglia, said more young people — who usually don’t fall ill with Covid — were being picked up by swabs.

These people were being missed during the thick of the first wave in Europe because countries struggling to ramp up testing reserved swabs only for the most sick or vulnerable.

Professor Hunter said doctors had also become much better at treating hospitalised patients thanks to a better understanding of the disease and new drugs including the steroid dexamethasone, which has slashed death rates.

The warm summer months may also have played a role in reducing severity of illness.

Strong UV light given off by the sun has been shown to kill off viral particles coughed into the air or onto surfaces. It’s thought that humidity also plays a role in weakening Covid-19 — but the evidence is still mixed.

Cells lining the airways are less resilient in the cold, experts say, and people spend more time indoors which increases the risk of the virus spreading because they are closer together and touch more of the same surfaces.

Some scientists also believe vitamin D, made in the body when exposed to sunlight, boosts the immune system and helps fight off viruses — making them less likely to fall critically ill with Covid.

Others have speculated that Covid-19 may have actually mutated and become weaker as it has raced around Europe and the world.

One scientist claimed yesterday the D614G variation of the virus has coincided with a drop in death rates, suggesting it is less lethal.

Paul Tambyah, senior consultant at the National University of Singapore, who led the research, said the strain appeared to be ‘more infectious but less deadly’.

He said most viruses tend to become less virulent as they mutate. ‘It is in the virus’ interest to infect more people but not to kill them because a virus depends on the host for food and for shelter,’ he said.

Scientists discovered the mutation as early as February and it has circulated in Europe and the Americas, the World Health Organization said.

But the WHO claims there is no evidence to suggest any of the mutations have changed the behaviour of the virus.

Olympic TV broadcaster vows not to sexualise female athletes by focusing on their bodies following outcry over women's uniforms sparked...

Olympic TV broadcaster vows not to sexualise female athletes by focusing on their bodies following outcry over women's uniforms sparked... 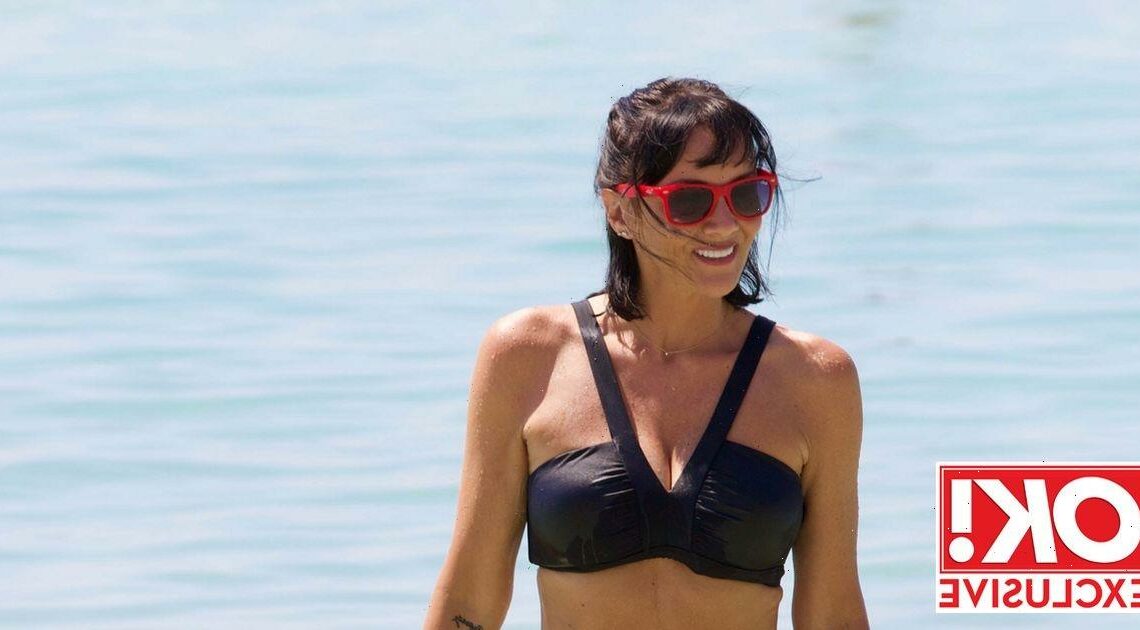 July 26, 2021
Martine McCutcheon shows off incredible bikini body as she admits she ‘feels her best’ 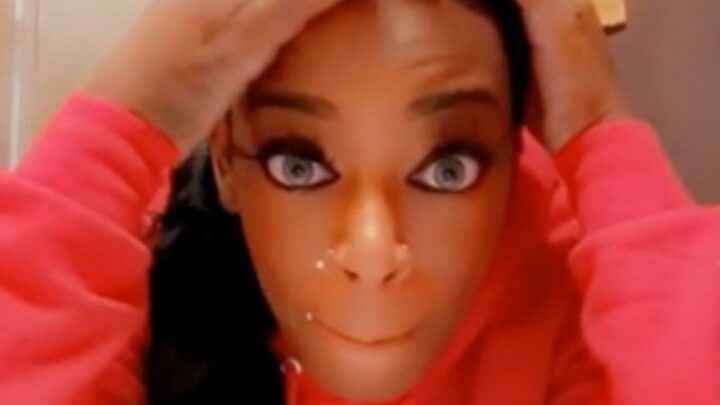 The viral tale of Gorilla Glue Girl was one part timing, one part attitude, and all parts a terrible mistake....