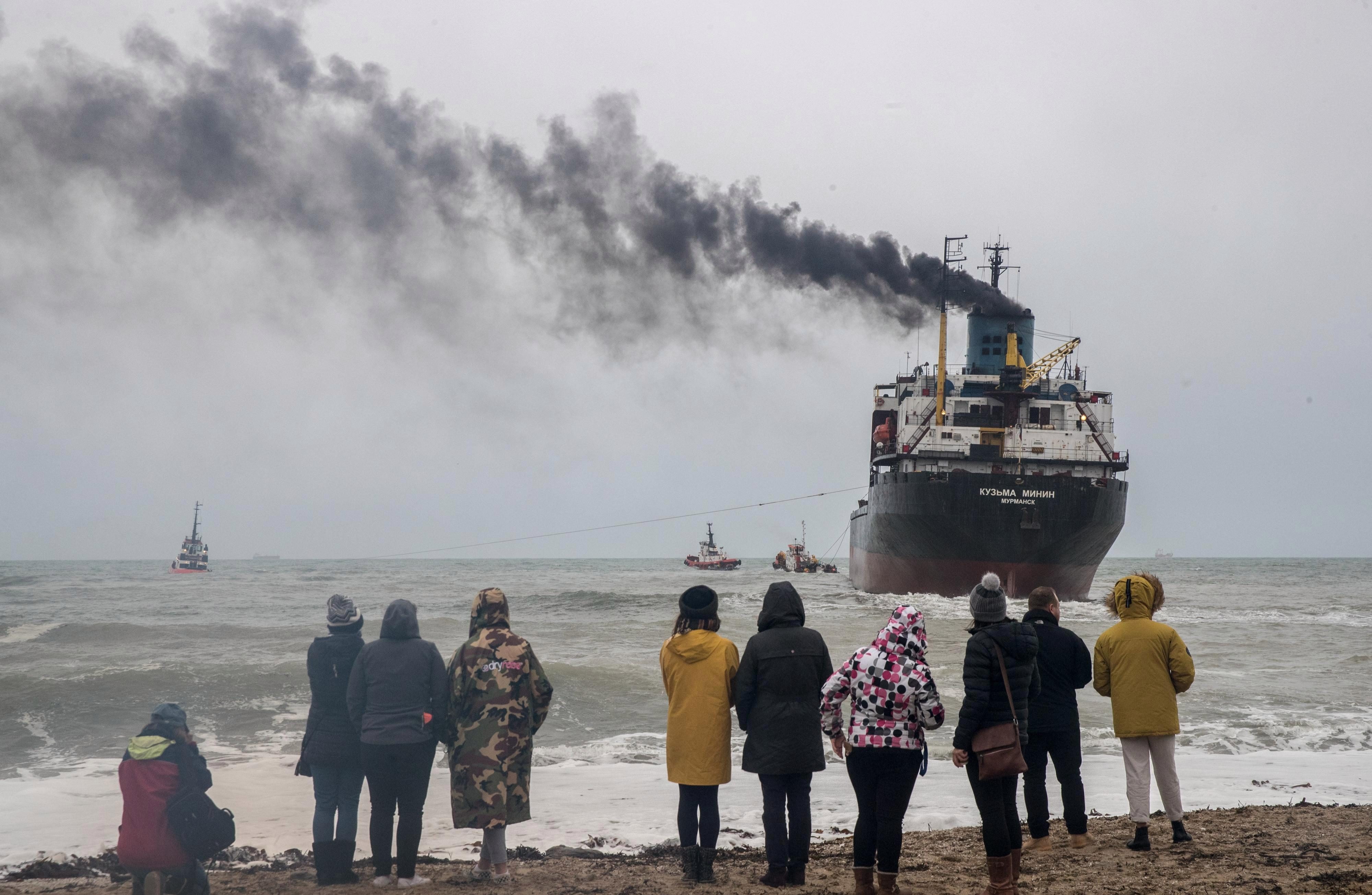 The Kuzma Minin, with 18 crew on board, was stuck near Gyllyngvase Beach in Falmouth Bay. 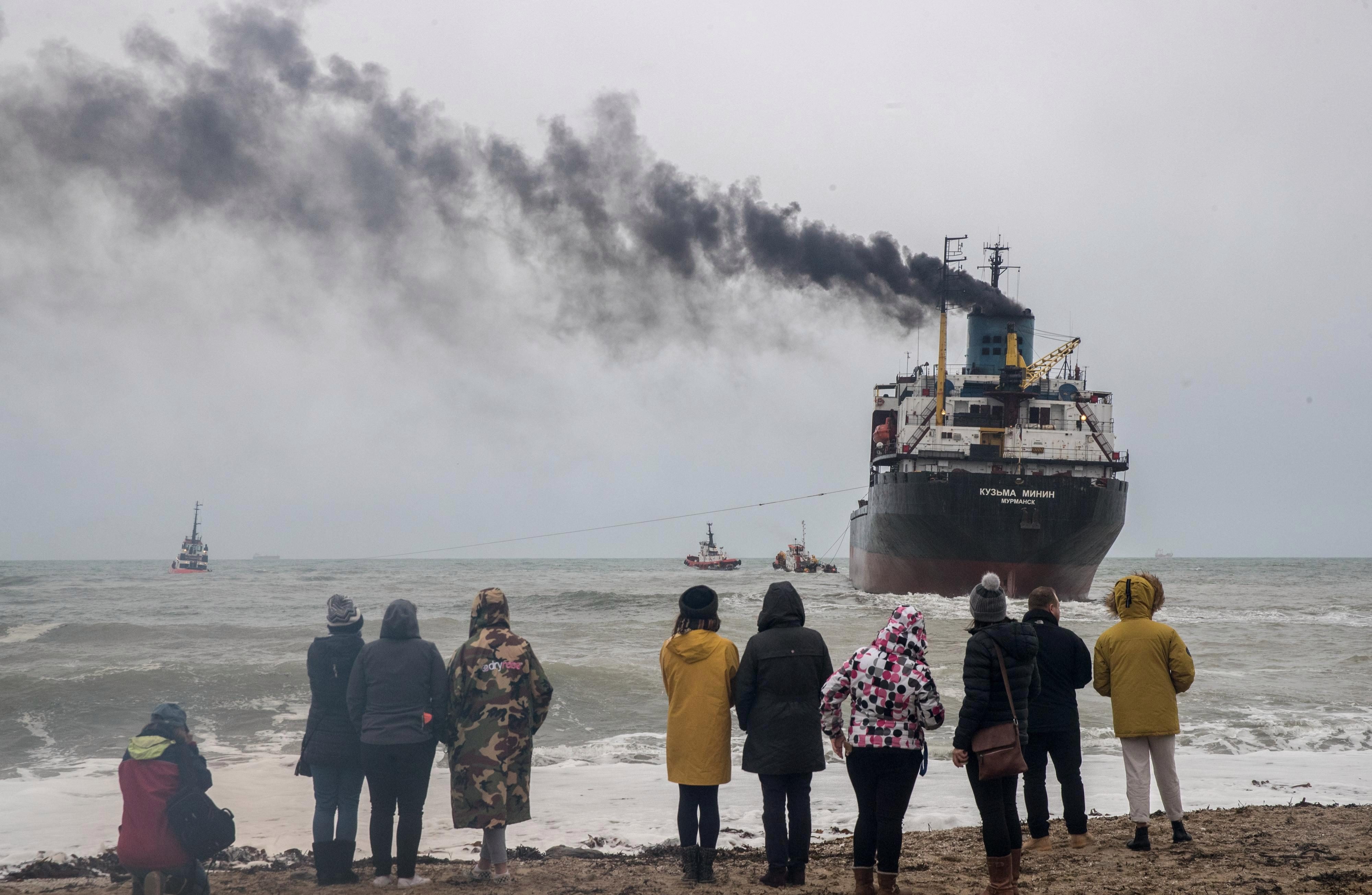 Reports show the vessel had more than 100 faults at its latest inspection – and was held in the Netherlands for seven months where locals claim the crew had nothing to eat or drink.

But Murmansk Shipping Company has blamed dangerous conditions around Falmouth for the grounding of their vessel.

And the company says it could launch legal action to reclaim expenses caused by the grounding.

MSC claims the ship snagged on an underwater chain.

MSC first deputy general director Ildar Neverov said: "The vessel caught on a chain that was at the bottom of the strait. These unsafe navigation conditions were at the location of the vessel.

"It was uncontrollably dragged some distance and then, yes, it ran aground." 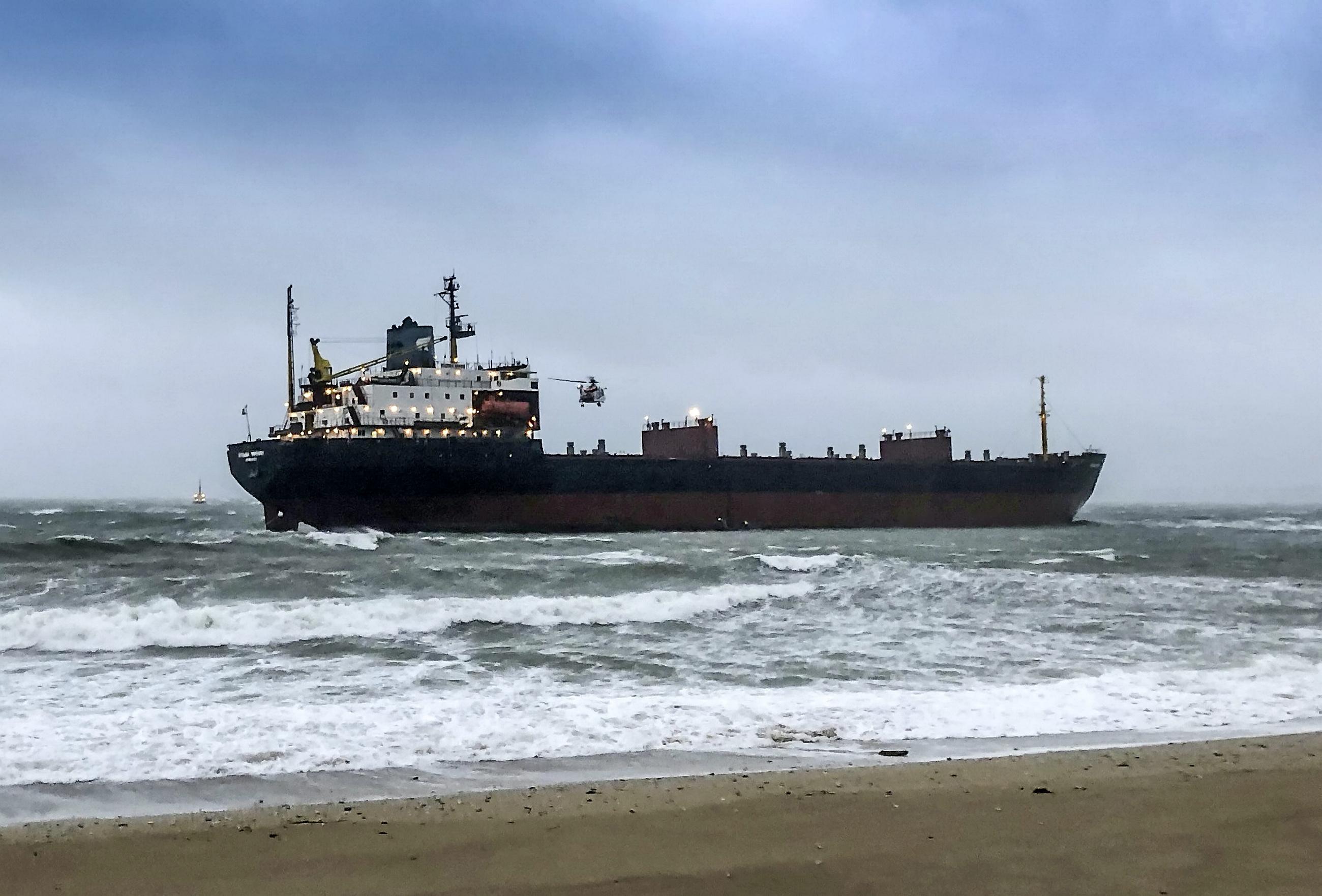 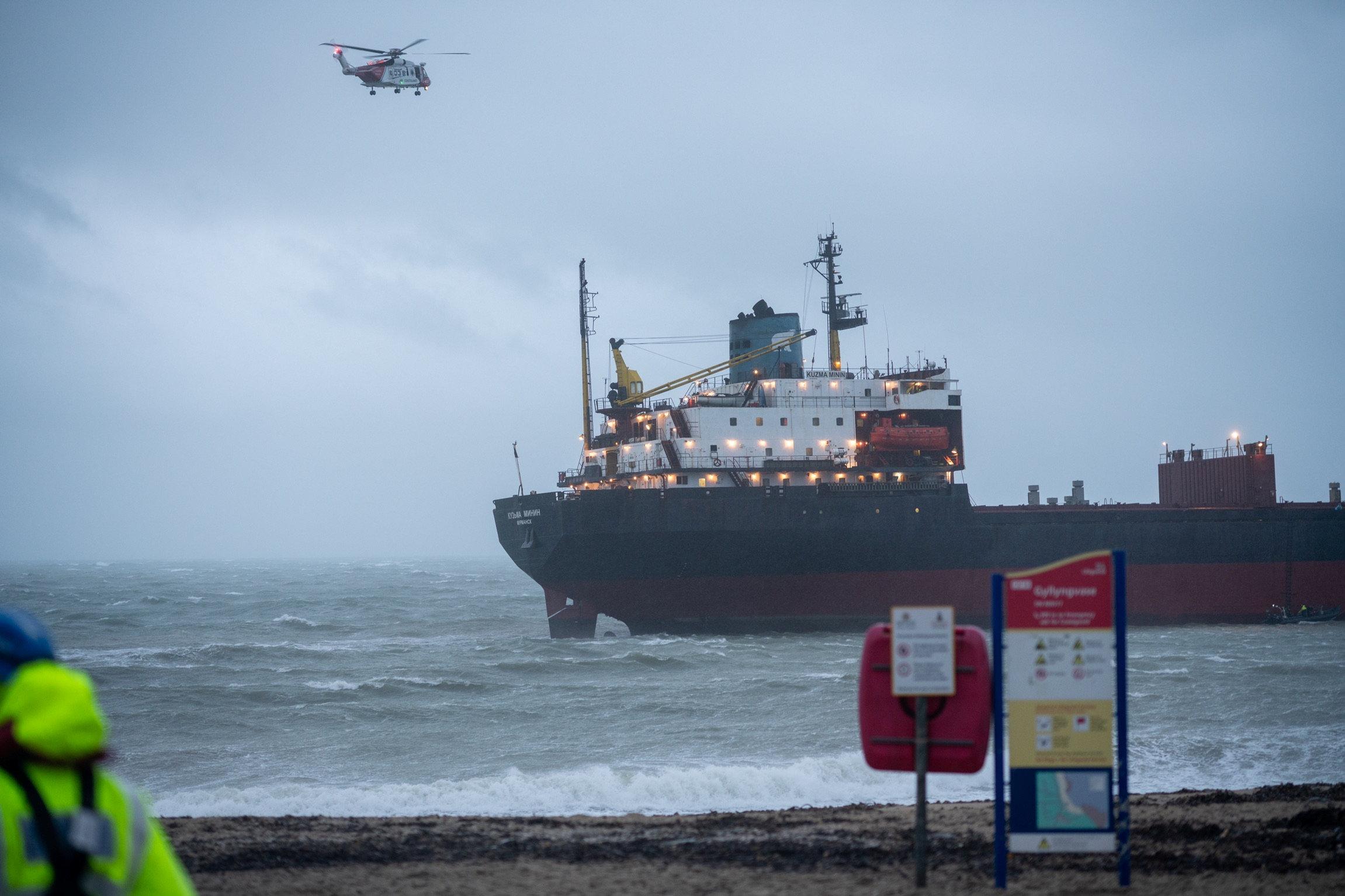 Onlookers watched as the vast ship was refloated this afternnon as it was freed at 2:30pm having run aground at around 5:40am.

Local tug boats pulled it free as the tide rose around the ship.

Reports suggest there's no cargo on board and no pollution has been caused.

It was moored in Falmouth Bay when its anchor started dragging overnight according to the Maritime and Coastguard Agency.

An emergency service operation was underway to refloat the vessel as the tides during the day. 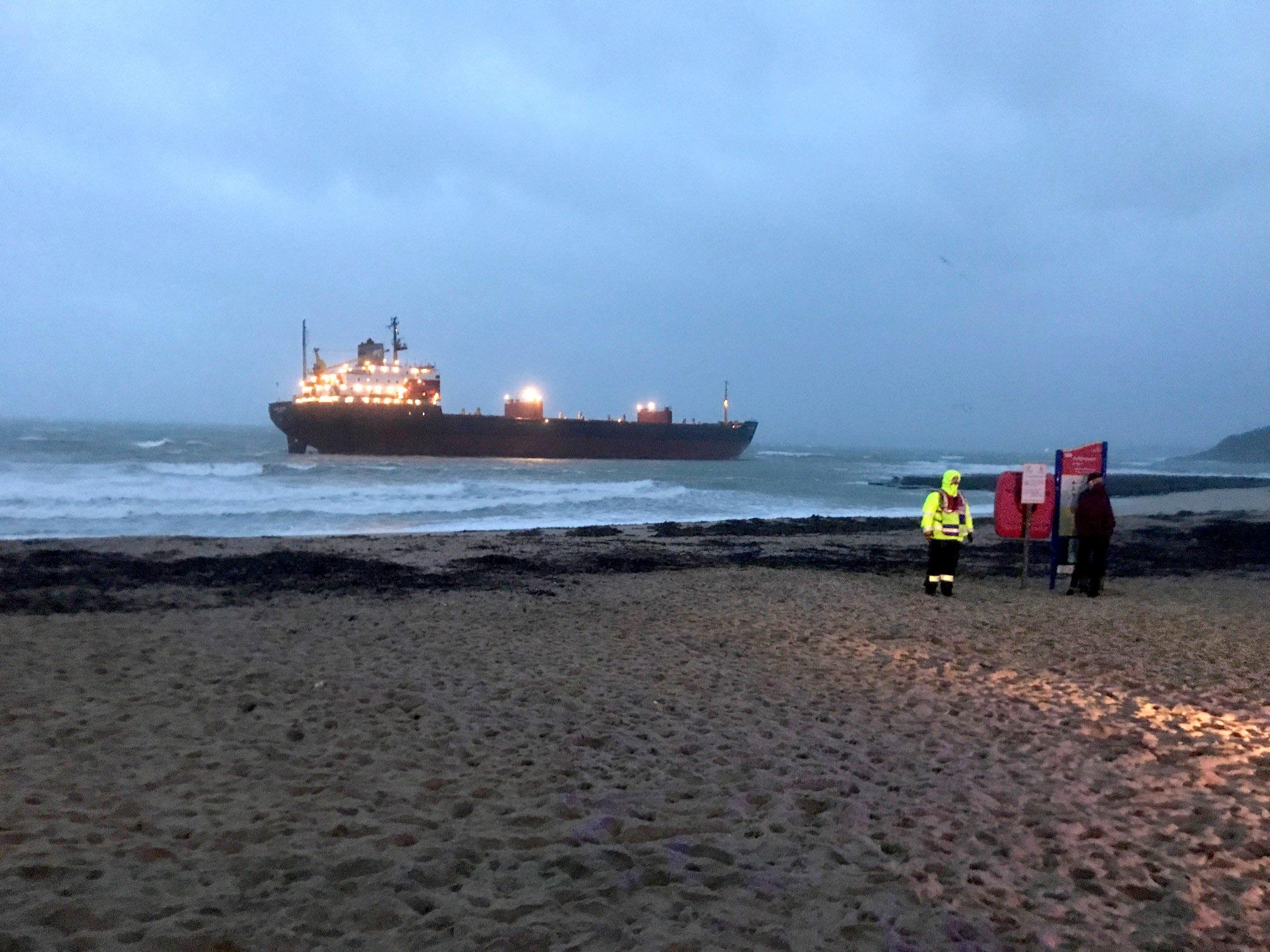 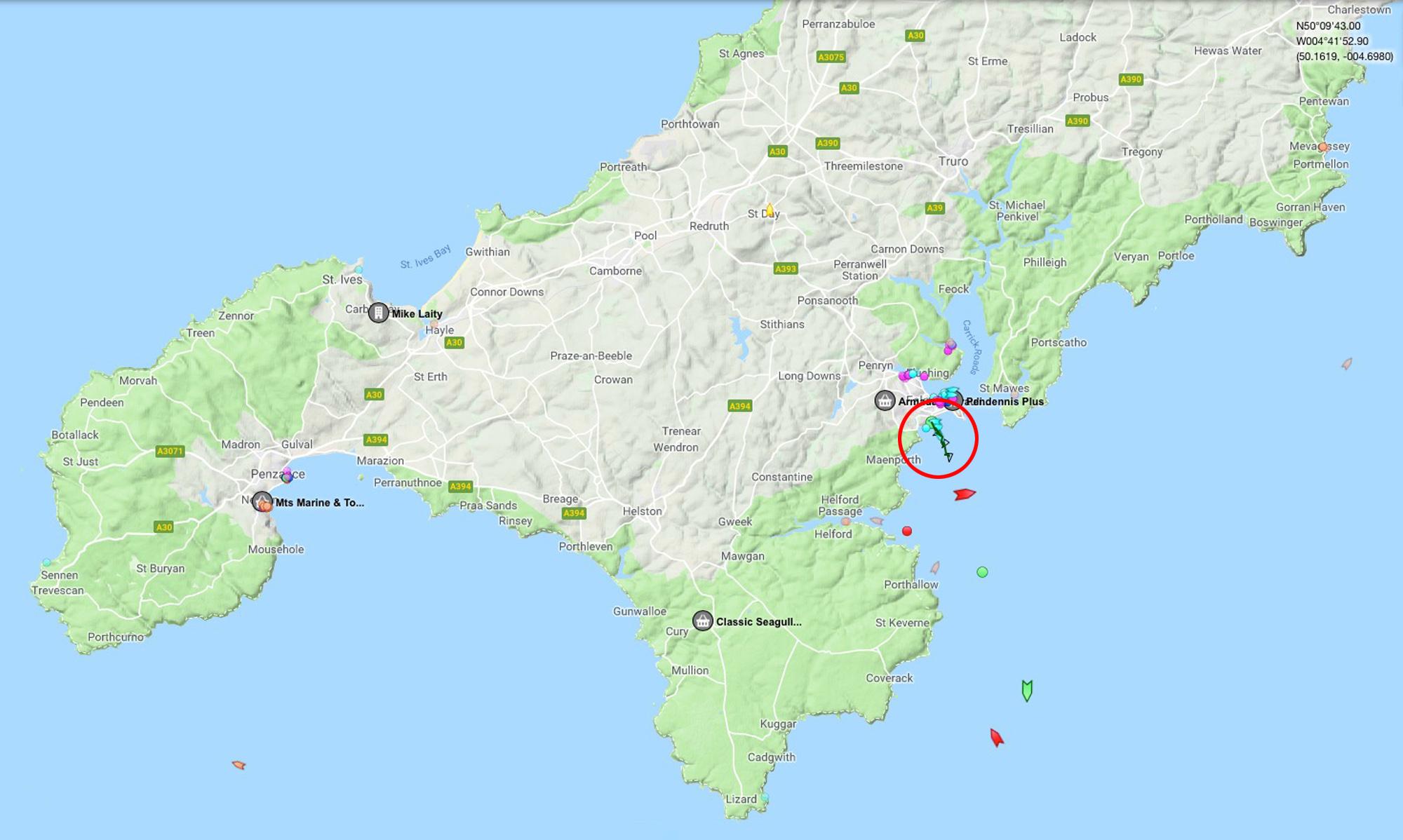 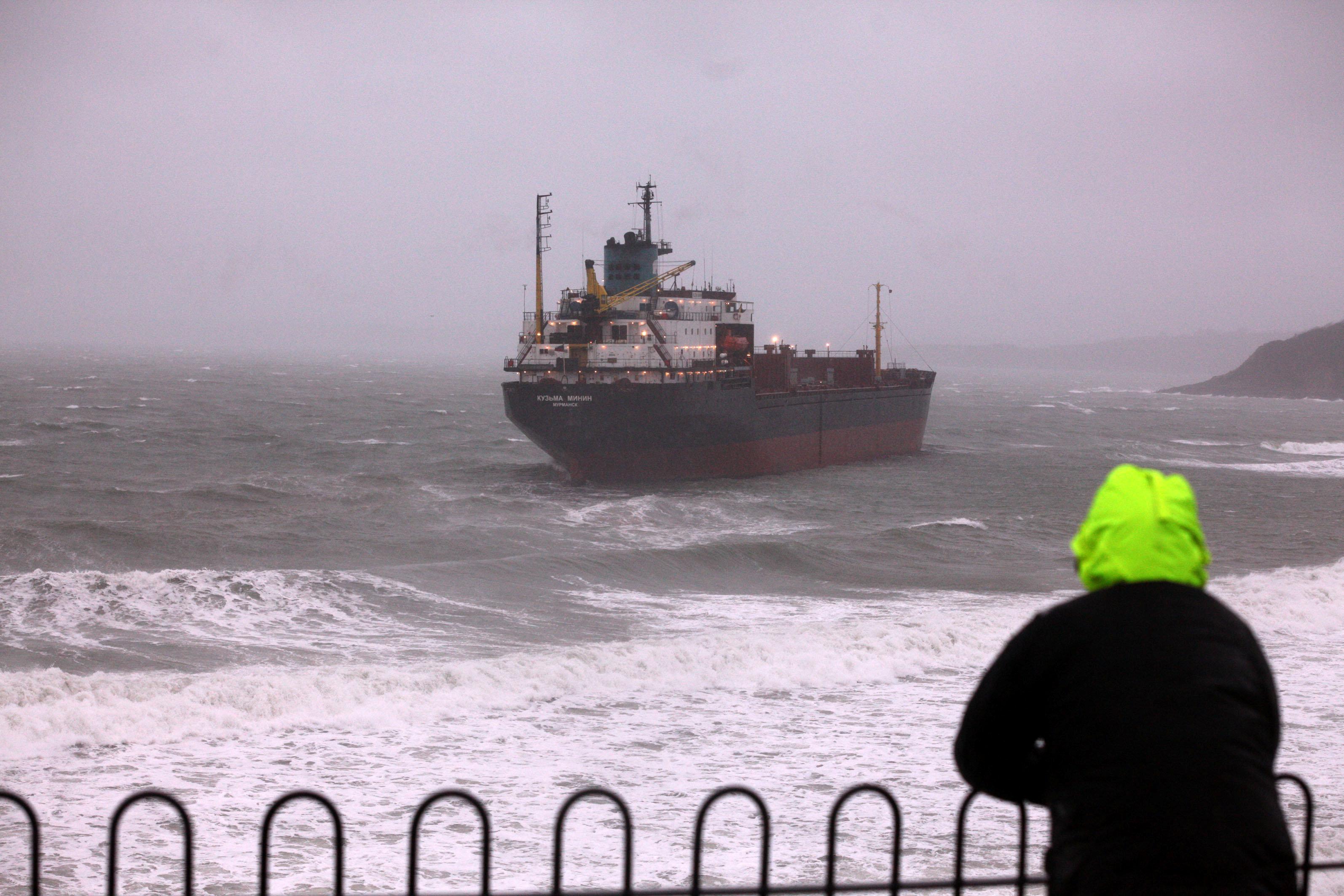 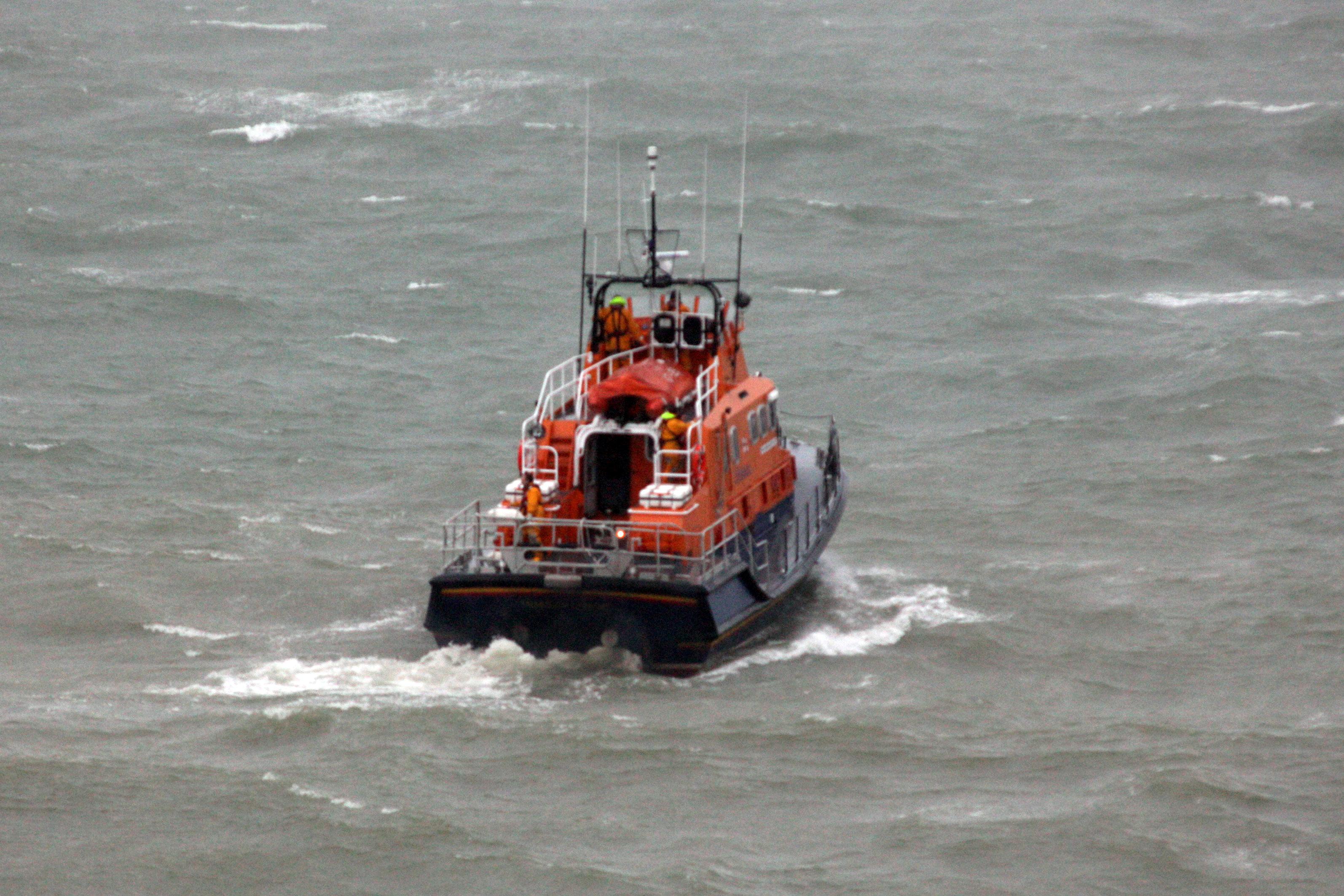 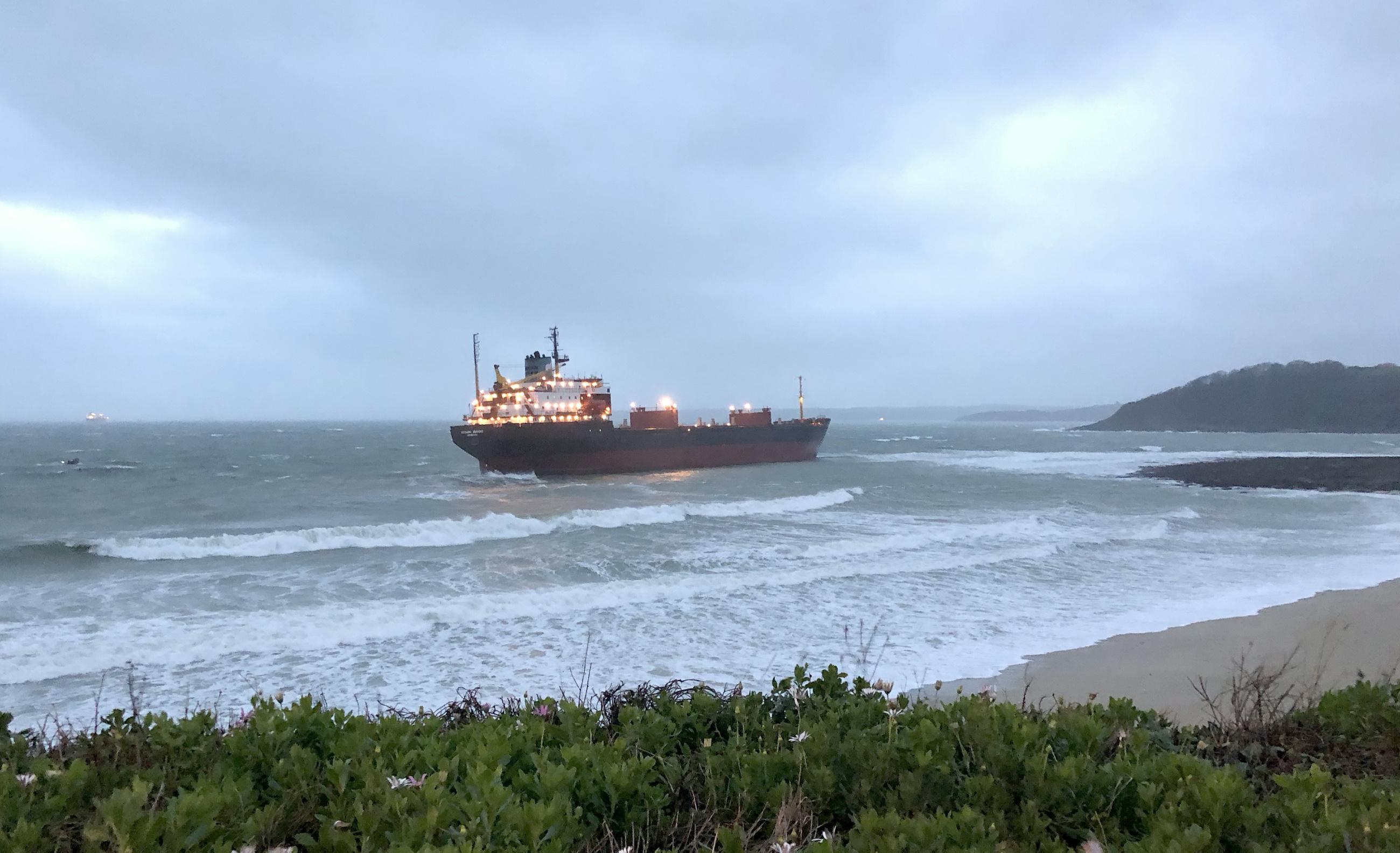 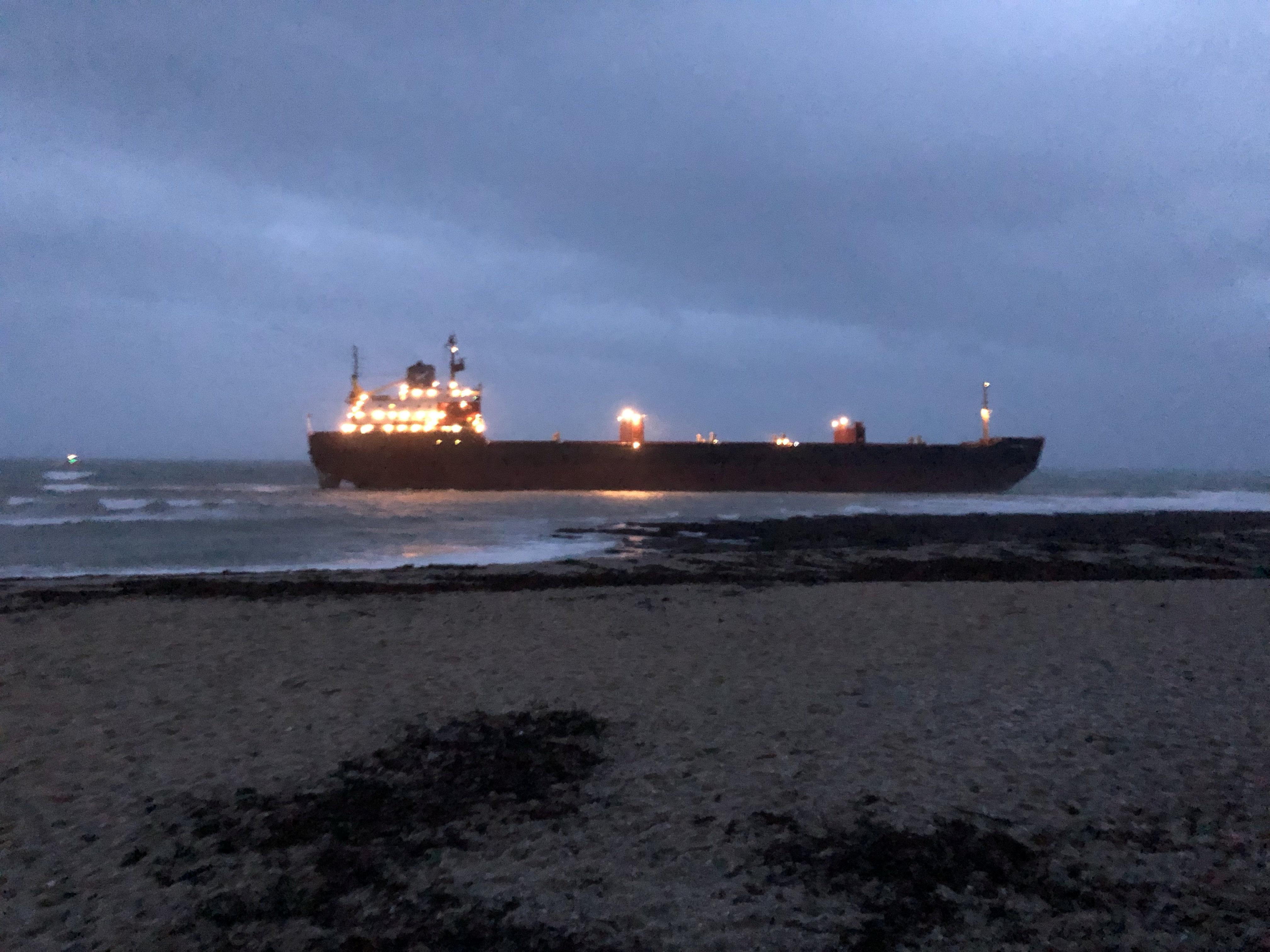 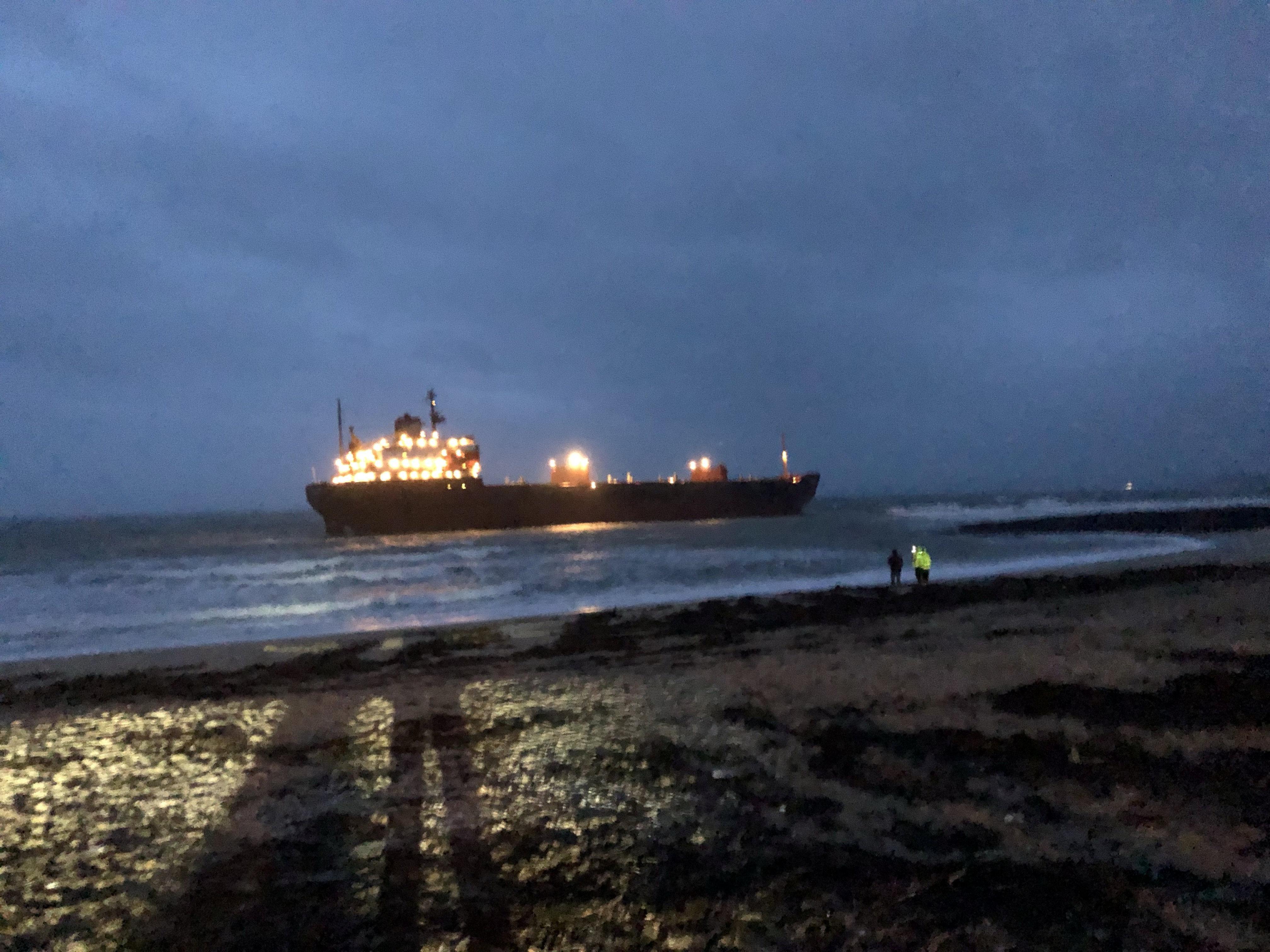 Mark Thomas, senior coastal operations manager for the Coastguard, said: "The conditions are horrendous, the harbour rugs are working at the very limit of their conditions with waves breaking over the deck.

"The plan is to tow her out when the tide comes in at about lunchtime.

"It's a dangerous operation, there's lots that could go wrong."

The RNLI launched out of Falmouth just after 6am with pilot boats from the nearby docks also in the water. 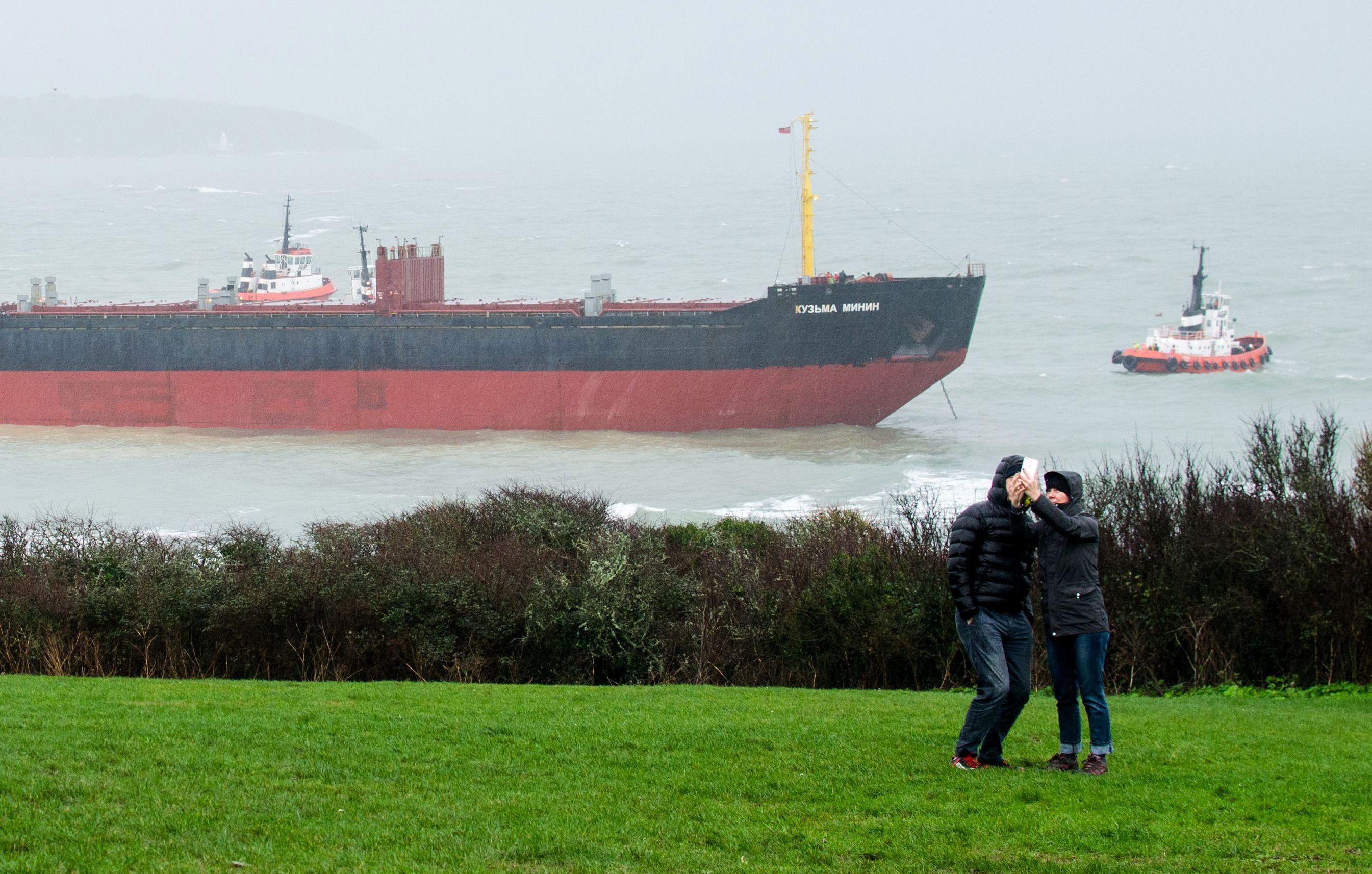 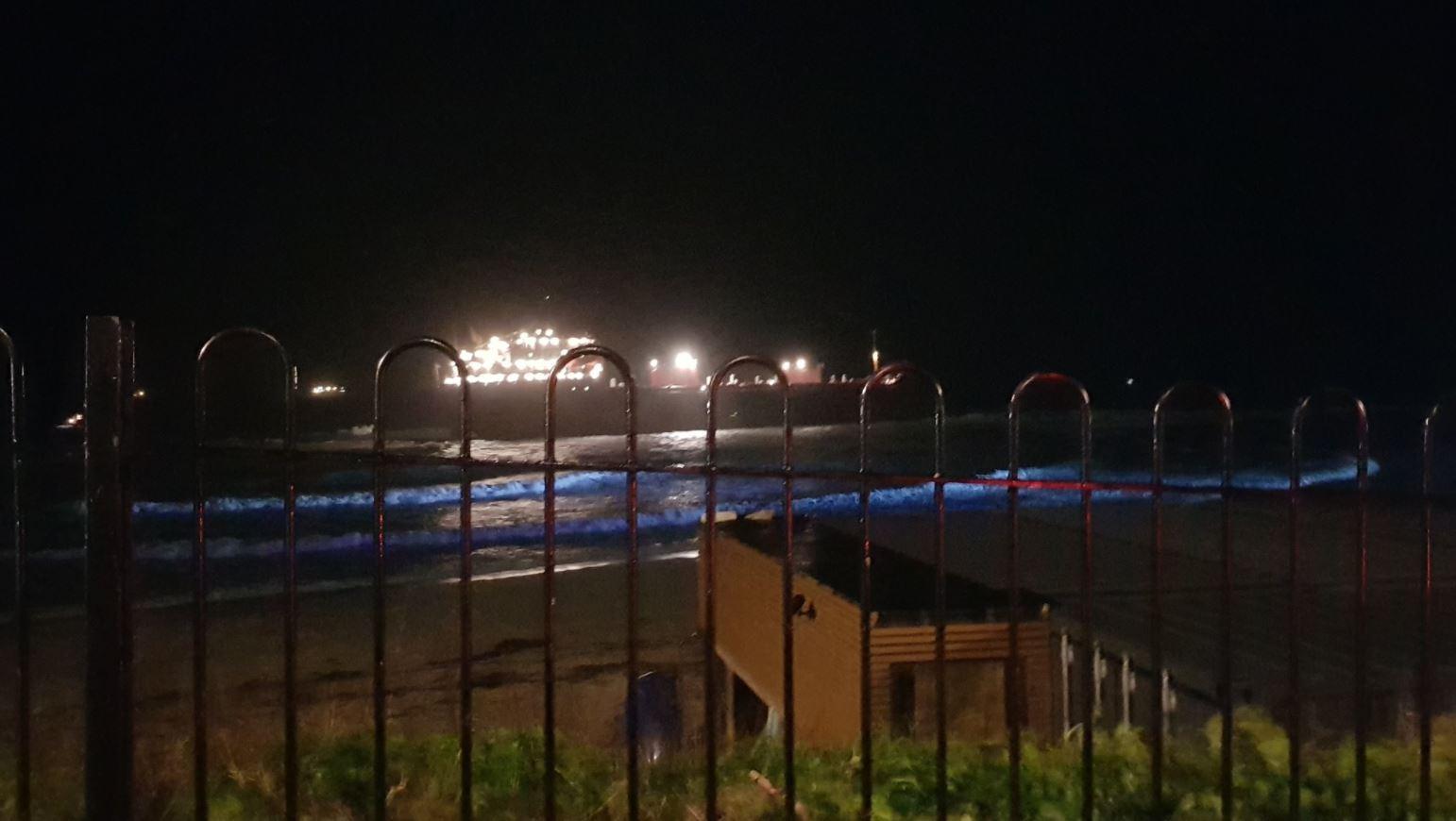 The Kuzma Minin's grounding comes on the same day that a major incident was declared after six lorries tipped over on a P&O ferry in high winds.

Gales have already been recorded at up to 74mph in Cornwall and 40knots on the River Tamar – disrupting traffic.

She said: "As you come over the crest of the hill there's just this huge ship where there shouldn't be." 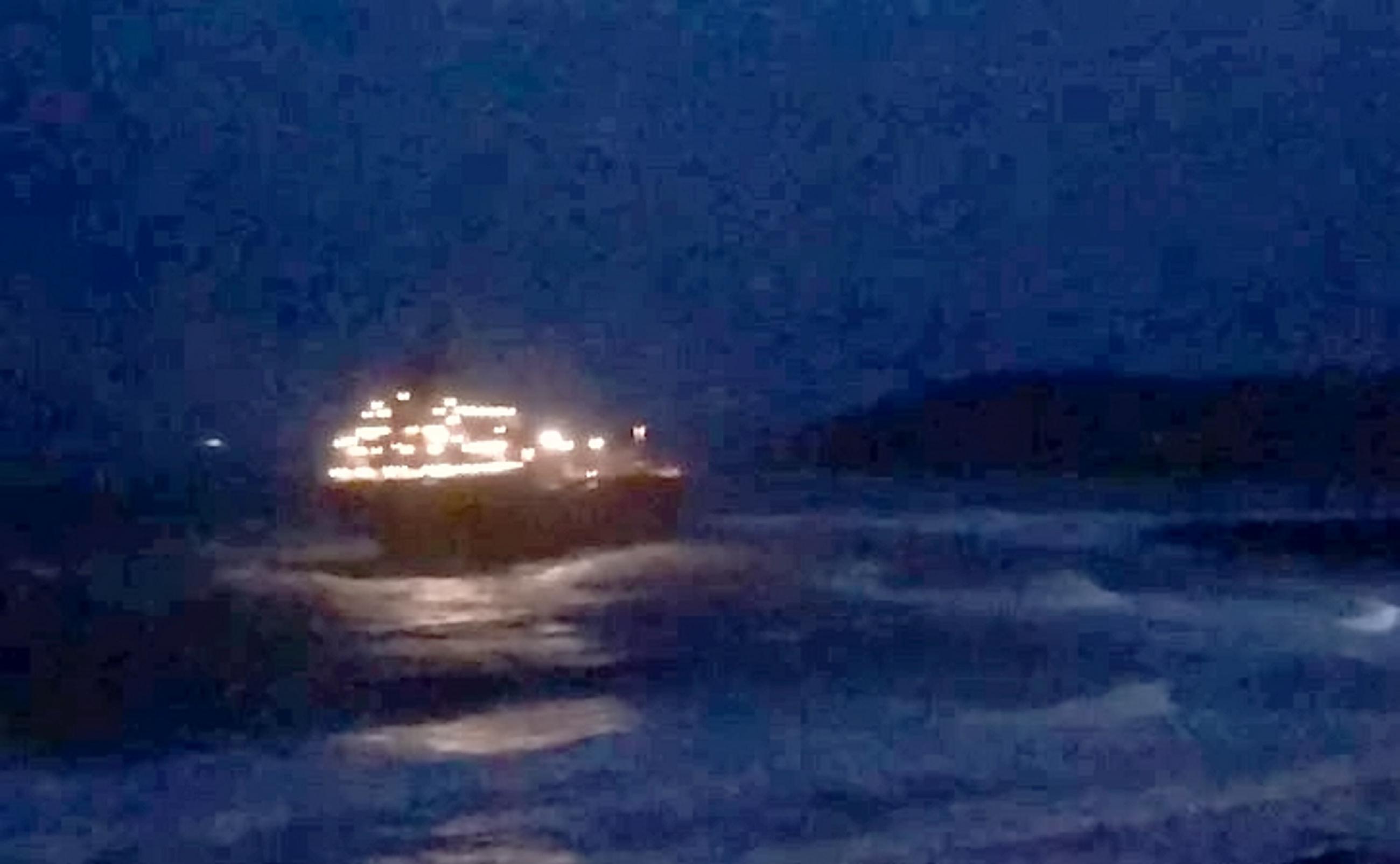 Today's grounding comes more than a decade after the MSC Napoli was catastrophically damaged off the Cornish coast in 2007 because of gale-force winds and huge waves.

All 26 crew members on board the British ship needed to be winched to safety as up to 200 tonnes of oil oozed into the sea from the Napoli's crakced hull.

And to make matters worse, cargo from the 62,000 tonne ship started washing up on Branscombe beach in Devon over the following days so scavengers descended on the beach to steal as much loot as they could.

Everything from motorbikes to pet food was pinched from the washed up containers, with the disastrous incident ultimately costing around £120million. 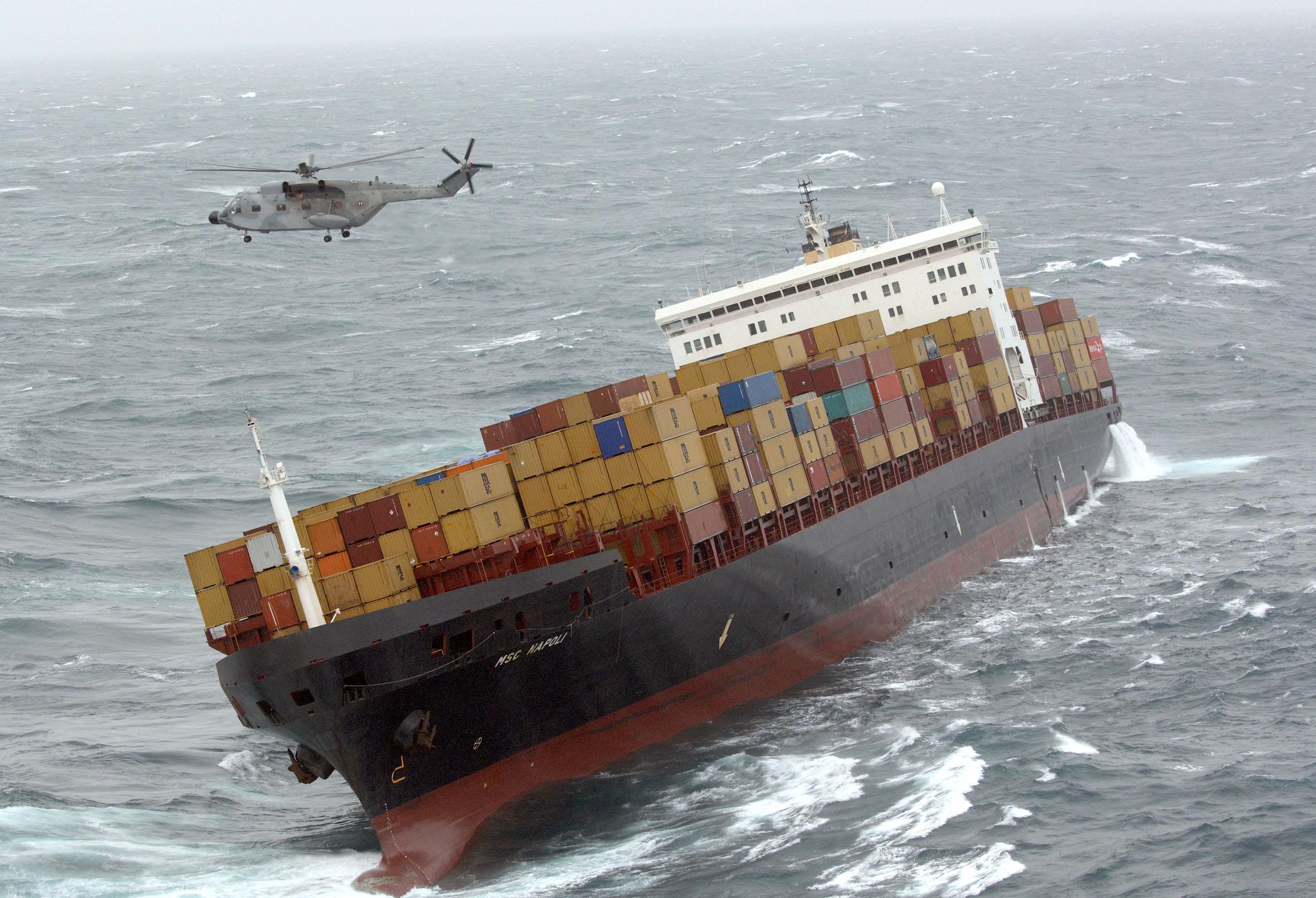 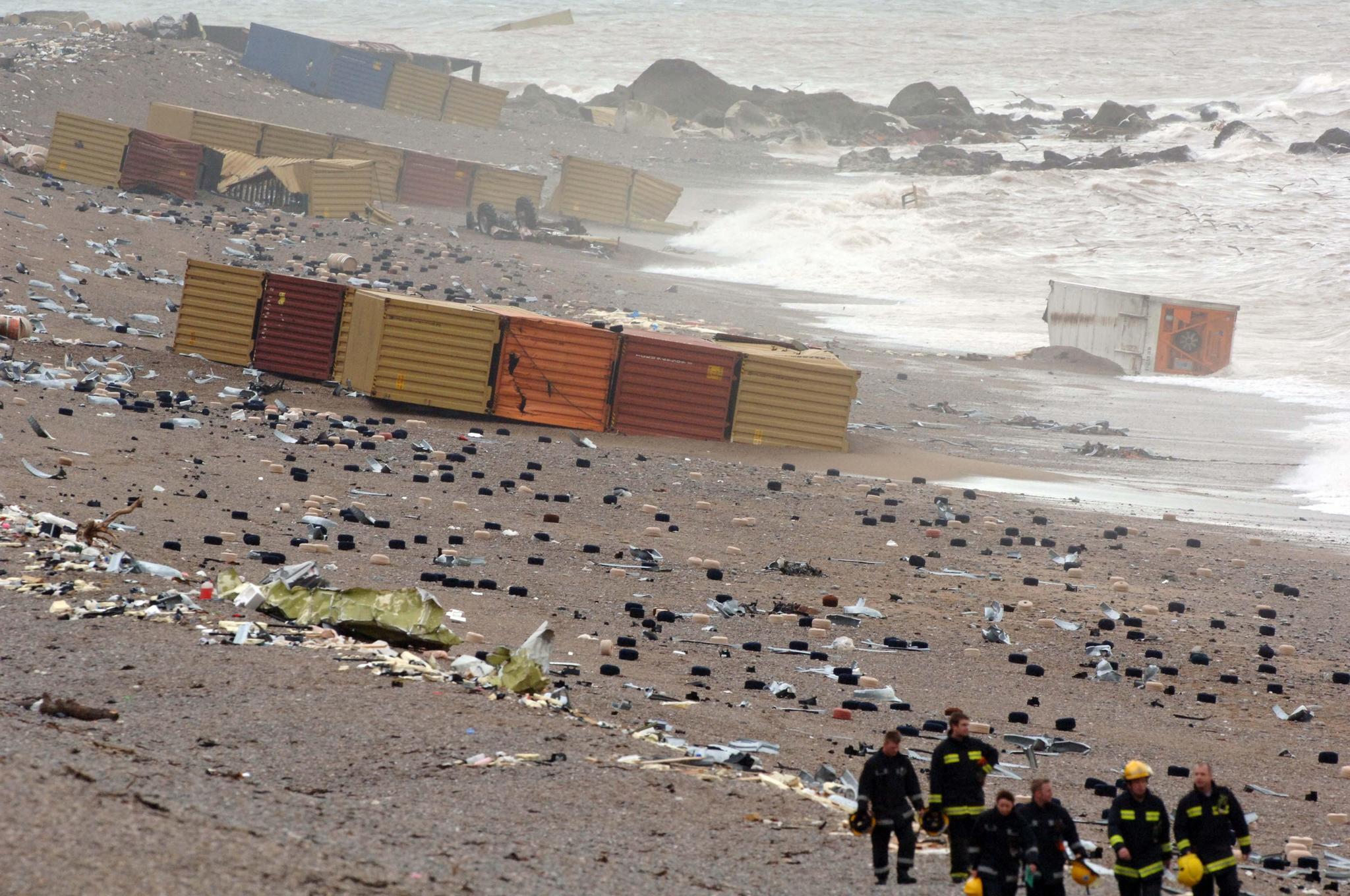 The coastguard was also forced to pump 3,500 tonnes of oil from the wreck of the Napoli – which was broken up with explosives -to prevent further spills.

Writing about the Kuzma Minin today, one social media user tweeted: "Russian Ship Wrecked on Gyllyngvase Beach! She's Broadside onto the beach, in my Opinion Falmouth Shipyard Tugs won't be Powerful enough to Pull Her off the Suction Affect of Sand."

An HM Coastguard spokeswoman said in a statement: "Tugs are on their way to the vessel and a lifeboat is standing by at the scene.

"The Falmouth Coastguard Rescue Team have cordoned off an area around the ship."

"Tugs will be attached to the vessel and as the tide rises, the plan is to re-float the vessel."