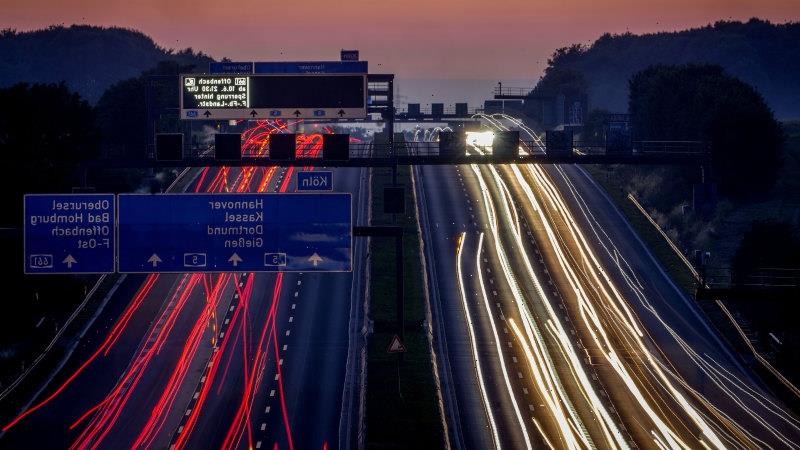 Germany could defy EU plan to ban petrol cars by 2035

London: Germany could defy the European Union’s effective ban on the sale of new petrol and diesel cars by 2035, in a move aimed at protecting hundreds of thousands of jobs in its world-leading car manufacturing sector.

Just days after Berlin announced it would fire up mothballed coal-fired power stations next winter as Russian cuts to gas exports threaten shortfalls, finance minister Christian Lindner said completely phasing out the combustion engine in Europe was “the wrong decision” because manufacturers elsewhere in the world, such as China, would fill the gap. 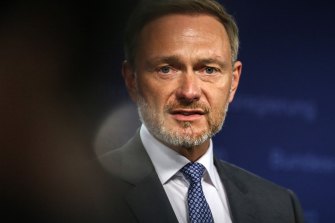 As part of the European Union’s plan to cut greenhouse emissions by 55 per cent by 2030 from 1990 levels, it has proposed a 100 per cent reduction in emissions from new cars by 2035, a mandate that would make it impossible to sell new petrol or diesel vehicles.

Lindner, a member of the business-friendly Free Democratic party within the coalition government, told a conference on Tuesday evening AEST: “Germany is not going to agree to a ban on combustion engines.”

Speaking at a conference hosted by Germany’s BDI industry association on Tuesday, Lindner said there would continue to be niche demand for combustion engines and the German government – where his party shares power with the Social Democrats and Greens – would not agree to the European legislation.

He said Germany would still be a leading market for electric vehicles.

Eighteen of the world’s 100 top automotive carmakers – including Audi, BMW, Mercedes-Benz and Volkswagen – are German, with more than 4.6 million passenger cars and 283,567 commercial vehicles manufactured in the country’s plants in 2019, before the coronavirus outbreak. The industry employs around 750,000 throughout the broader sector. 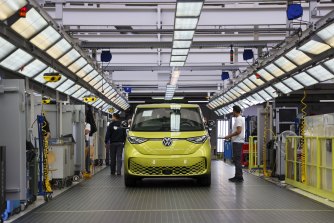 Production of electric cars in Germany rose by 86 per cent in 2021, while combustion engines were down 23 per cent.

Several companies have already agreed to phase out combustion engines, with Volkswagen boss Ralf Brandstatter saying recently the shift to electrification was “irreversible”. Mercedes has already pledged to be all-electric by 2030, “where market conditions allow”.

The war in Ukraine and pressure to transition away from Russian gas has thrown the German economy into chaos, with the International Monetary Fund this week warnings its energy woes were a serious threat to Europe’s largest economy.

Adding to tensions within the German coalition, a spokesman for Green environment minister Steffi Lemke said the government “fully supports the proposal by the Commission and the European Parliament to allow new passenger cars and light commercial vehicles only with zero-emission powertrains from 2035”.

The European Parliament signed off on the 2035 zero emissions mandate earlier this month. The Council is due to make a final call at a meeting of EU climate and environment ministers on June 28.

The leader of Italy’s far-right Lega party, Matteo Salvini, referred to the decision at the time as “madness” calling it a “gift to China, a disaster for millions of Italians and Europeans”.

Italy is pushing to obtain an exception for carmakers like Ferrari, Bugatti and Lamborghini from the ban.

Cars account for around 12 per cent of European emissions of greenhouse gases, which are blamed for increasingly frequent and intense heat waves, storms and floods tied to climate change. Electric cars and plug-in hybrid vehicles made up 18 per cent of new passenger cars sold in the EU last year.

In Britain, a ban on new petrol and diesel cars, which was originally planned for 2040, has been brought forward by the government to 2030 as part of Boris Johnson’s plan to reduce emissions by at least 68 per cent by the same date on 1990 levels.

Greens groups reacted furiously to Lindner’s latest intervention, with the German Federation for the Environment and Nature Conservation saying the internal combustion engine was “a discontinued model”.

“By not backing the proposals in the European Council, Germany would be doing a disservice to the corporations that have long since set out on the path to a battery-electric future,” it added.

Reviewers Say These Are the Most Comfortable Lounge Shorts They Own