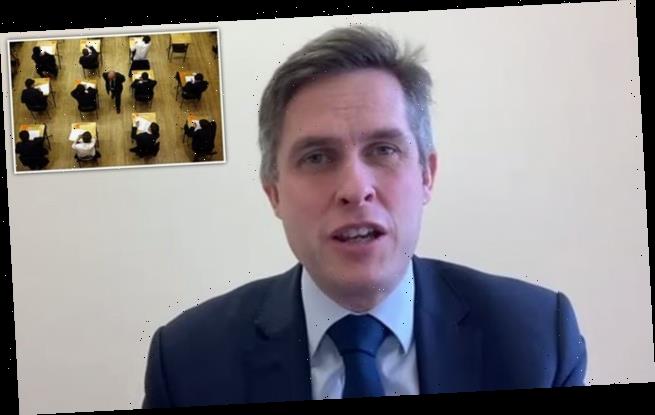 Gavin Williamson today categorically ruled out ditching GCSEs as he said the exams at 16 ‘are going to be there for an awful lot longer’.

Some in the education sector believe the Government should use the coronavirus crisis as the moment to look again at whether the exams should continue in the future.

But Mr Williamson told the Association of School and College Leaders’ annual conference that ‘we are absolutely going to be keeping GCSEs’.

The Education Secretary also labelled the pandemic the ‘single greatest disruption to our education system since the Second World War’ as he set out his recovery plans. 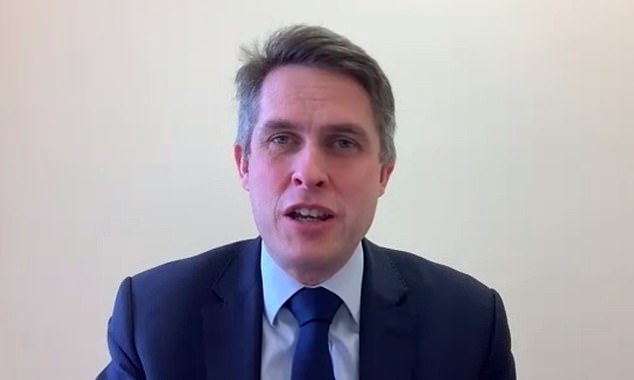 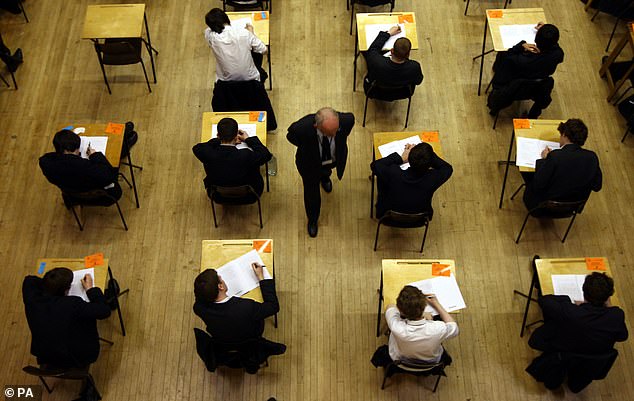 GCSE and A-level exams have been cancelled this year due to the ongoing disruption caused by the pandemic.

Grades will be awarded on the basis of teacher assessment, prompting fears of grade inflation.

Mr Williamson was told after delivering a keynote address to the ASCL conference this morning that some in education believe now is the time to rethink the purpose of GCSEs and to reform the way children are assessed at 16.

But the Education Secretary said: ‘Well, we are absolutely going to be keeping GCSEs.

‘I personally think it is really important to have examination and full assessment at the age of 16, boiling down to the fact that so many of our children, 50 per cent of children at the age of 16 don’t stay in that same institution but move to a new college or a new school at that moment.

‘So I think it is really important that we have something that captures their attainment and their progress so far.

‘I do think we should never though sit back and think that a job is done and it is really important that we continue to work with school leaders about how we can improve and continue to sort of adapt GCSEs in a way that works best for children and actually reflects the needs that schools have.

‘But we are certainly not looking at getting rid of age 16 assessment. I think GCSEs are going to be there for an awful lot longer.’

Mr Williamson had earlier used his speech to tell teachers that he will ‘trust’ their ‘professional judgement’ when it comes to awarding grades this year.

He said: ‘I know that we all share the same ambition of students who were due to take exams, that they have the best possible chance to show what they know and what they can do and to have the vital opportunity to be able to progress onto the next stage, either in education or into training or into the workplace.

‘That is why I trust your professional judgements when you assess them. They will receive a grade determined by you on what they have been taught and not what they have missed.’

He added: ‘It is about your judgement, not about a magic formula.’

The Government is in the process of developing catch up plans to help pupils recover from the learning they have lost as a result of repeated lockdowns.

Changes to the summer holidays and longer school days are among a range of measures being considered after pupils returned to classrooms in England at the start of this week.

Describing the damage done by the pandemic, Mr Williamson said today: ‘Getting children and young people back to school and college is only the start of our recovery plan.

‘We have seen the single greatest disruption to our education system since the Second World War.’