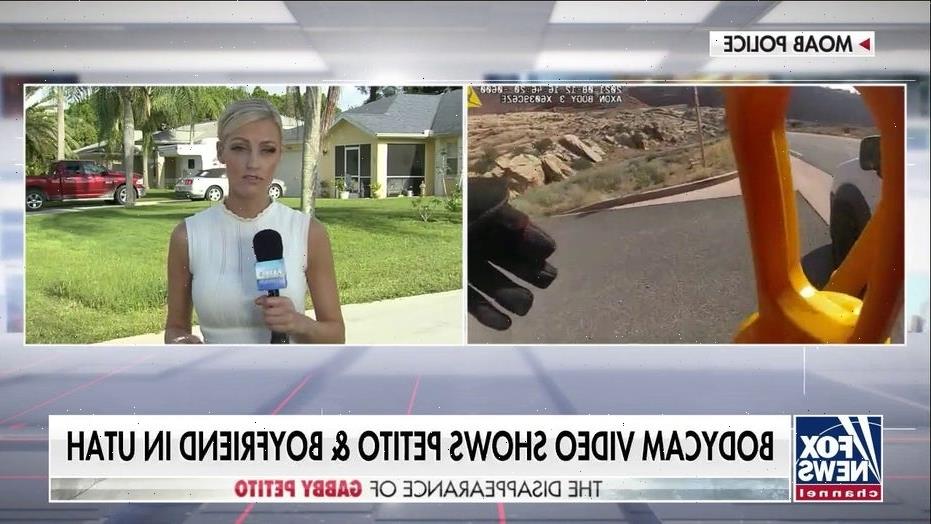 Police in Utah have released bodycam footage showing officers interacting with Gabby Petito and Brian Laundrie after a witness called 911 around two weeks before she disappeared to report a “possible domestic violence” incident.

The video shows officers from the Moab City Police Department talking to a visibly distraught Petito – and Laundrie – after they pulled their white van over.

Police separated the pair before they each described the incident that prompted the 911 call.

A witness had called 911 around 4:30 p.m. on Aug. 12 over “possible domestic violence” near Moonflower Community Cooperative in Moab and said he saw Petito and Laundrie arguing over a phone.

“The driver of the van, a male, had some sort of argument with the female, Gabbie,” a responding officer wrote in the report, citing conversations he had with Petito, Laundrie, and the witness.

“The male tried to create distance by telling Gabbie to go take a walk to calm down, she didn’t want to be separated from the male, and began slapping him,” the report said. “He grabbed her face and pushed her back as she pressed upon him and the van, he tried to lock her out and succeeded except for his driver’s door, she opened that and forced her way over him and into the vehicle before it drove off.”

A responding officer initially wrote that he believes “it was reported the male had been observed to have assaulted the female,” but later wrote that “no one reported that the male struck the female.”

An officer eventually pulled the van over and said that when he approached, Petito was “crying uncontrollably” in the passenger seat.

One of the responding officers said the incident can be “more accurately categorized as a mental/emotional health ‘break’ than a domestic assault,” and that “no significant injuries” were reported.

Laundrie stayed in a hotel that night, while Petito stayed with the van, according to the report.

Petito’s last known location was Aug. 25 in Grand Teton National Park. Laundrie, meanwhile, drove back to the Florida Gulf Coast town of North Port, where their trip began, on Sept. 1, and the van was recovered by police at his family’s home on Sept. 11.