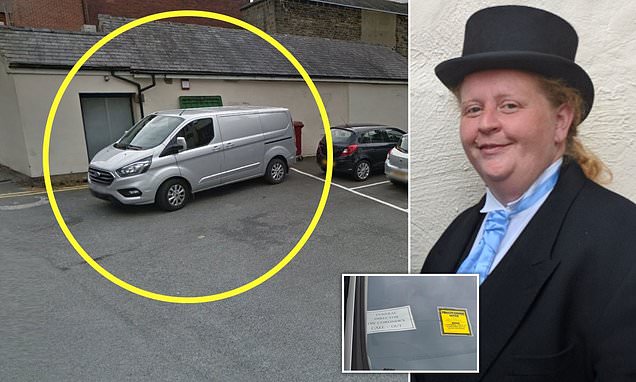 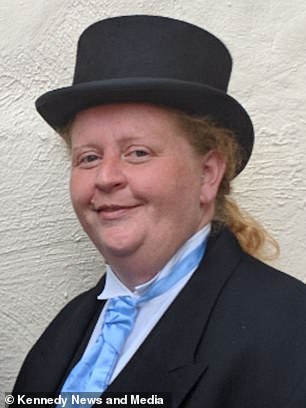 Paula Brennan, 37, was horrified to see the official had slapped a penalty notice on the vehicle’s windscreen next to a large sign that reads ‘funeral director on coroner’s call out’. She is seen in an undated photo

A funeral director has criticised a ‘sniggering jobsworth’ traffic warden who slapped a £50 ticket on a private ambulance as she was unloading a dead body.

Paula Brennan, 37, was horrified to see the official had slapped a penalty notice on the vehicle’s windscreen next to a large sign that reads ‘funeral director on coroner’s call out’.

Mrs Brennan, owner of Hebden Bridge Funeral Services in West Yorkshire, had parked the vehicle at the back of the property to quickly and respectfully remove the body from the vehicle into the home at 2pm yesterday.

As she made necessary arrangements inside, a flustered member of the public came into the building notifying her that the private ambulance had been ticketed.

The traffic warden, believed to be working on behalf of Calderdale Council, allegedly reprimanded the mother-of-one for not pulling into a space at the other end of the public car park on Garden Street and unloading the deceased there.

Mrs Brennan said: ‘I went out to him and asked if I could have a private word and he ignored me.

‘He then said there was a bay available at the end of the public car park which was about 800 yards away.

‘I said “you want me to park there and carry this loved one through a public car park?”

‘I asked how he would feel if it was his loved one. He said “I’ve got a job to do’, sniggered and walked away. It was so disrespectful.”‘ 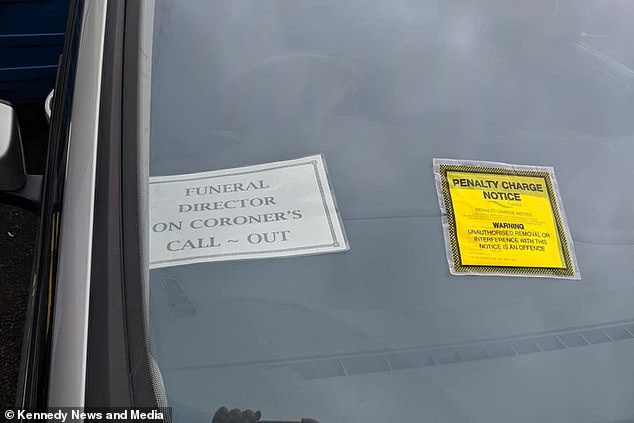 The traffic warden slapped a penalty notice on the vehicle’s windscreen next to a large sign that reads ‘funeral director on coroner’s call out’. Picture taken yesterday

The 37-year-old and a colleague had driven to the private area at the back of the building and pulled in where there are no double yellow lines.

As they made arrangements for their new arrival inside the funeral home the vehicle was ticketed.

Mrs Brennan added: ‘I was gobsmacked at what happened and fuming at his behaviour. I just wanted a private quiet chat to see if he realised what the vehicle was which he did.

‘I was wearing a smart shirt and tie and it quite clearly says at the front and down the side that it’s a private ambulance, but he was unresponsive and then sniggered.

‘In the end I walked away, I wanted to be respectful and I’ve got a job to do. There seems to be a growing lack of respect for the funeral industry in general.’ 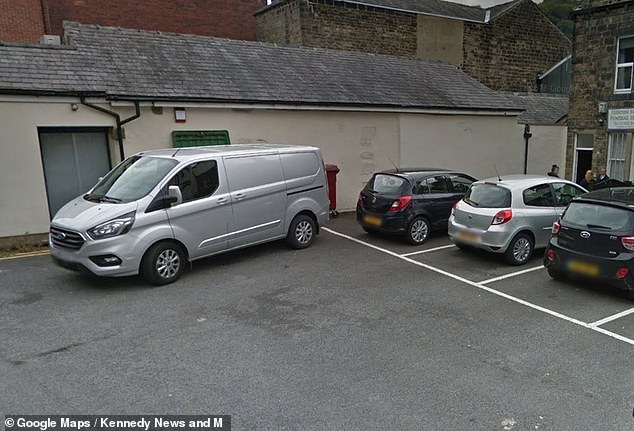 This image shows a van parked outside Mrs Brennan’s business as hers was. It is not her vehicle and the image is not dated 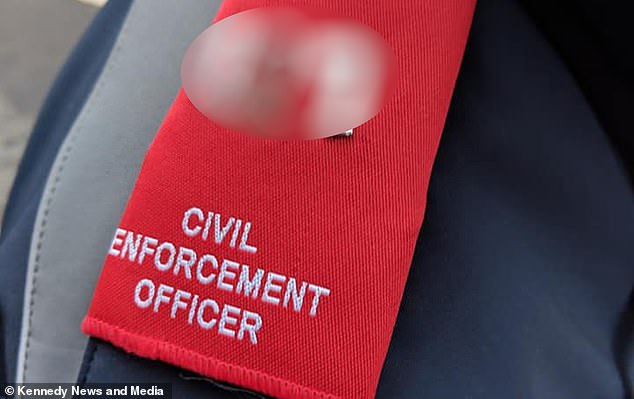 An image of the traffic warden’s badge, taken yesterday. MailOnline has contacted Calderdale Council for comment