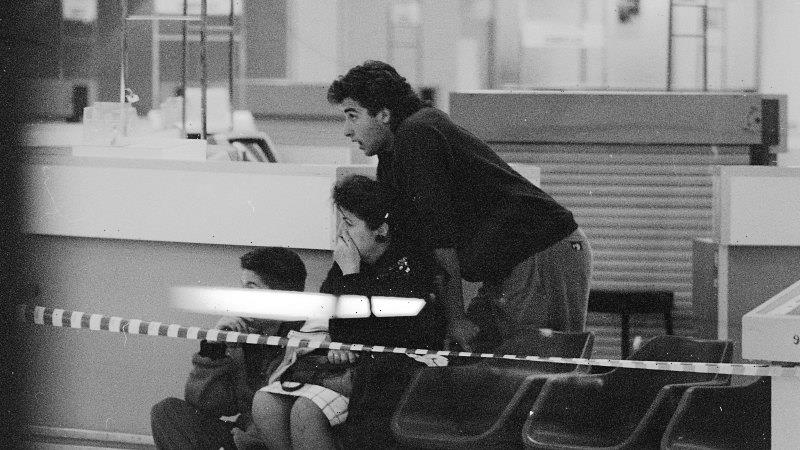 From the Archives, 1992: Three injured in Melbourne Airport shooting

Three men were injured, one seriously, when a man opened fire at the crowded international terminal at Melbourne Airport about 11 pm last night. About 150 people were in the terminal at the time. 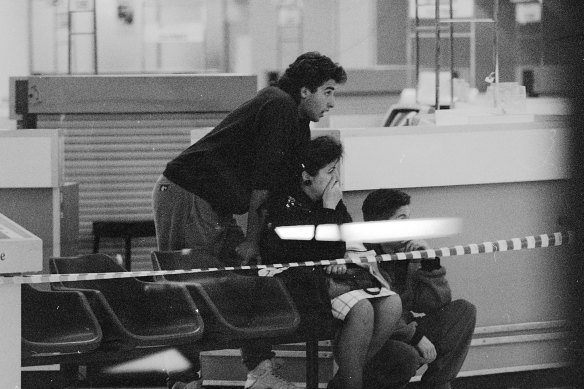 Police said the gunman was armed with a pistol. He shot one man aged about 60 and the man’s son, 39, after a domestic argument inside the terminal.

The man, aged about 50, dropped his weapon on the road outside the terminal and fled in a taxi.

Police said the man fired at a family group of 10 to 12 people from outside the terminal through an open door.

The 60-year-old man was shot twice in the chest. He was taken by air ambulance to the Alfred Hospital. He was last night said to be in a serious condition. 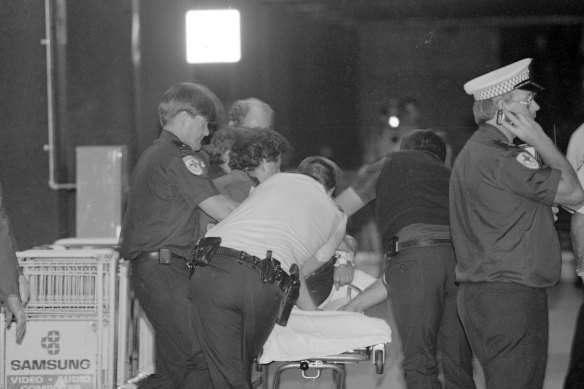 His son, 39, was wounded in the left shoulder and taken to the Royal Melbourne Hospital. His condition last night was stable.

A third man, believed to be an English tourist, was also injured. Police said he suffered a head wound, but were unsure whether he had been grazed by a bullet or had hit his head diving for cover. He was taken to the Royal Melbourne Hospital.

Senior Sergeant Trevor O’Shanassy, of the St Albans police, said the badly wounded man was to have flown to Rome at midnight on an Alitalia flight. He said the man’s family said he had planned to return to Lebanon, but the gunman had opposed his flight. The flight left on time.

Senior Sergeant O’Shannassy said the gunman had been arguing with the group in the terminal and there had been pushing and shoving before he ran outside and began shooting.

Witnesses said that between four and six shots were fired during the incident. One witness said that it “was like something out of movie”.

Parents hugged their screaming children as they ran from the scene. Many people coming down escalators doubled back and climbed over the side to avoid the shooting.