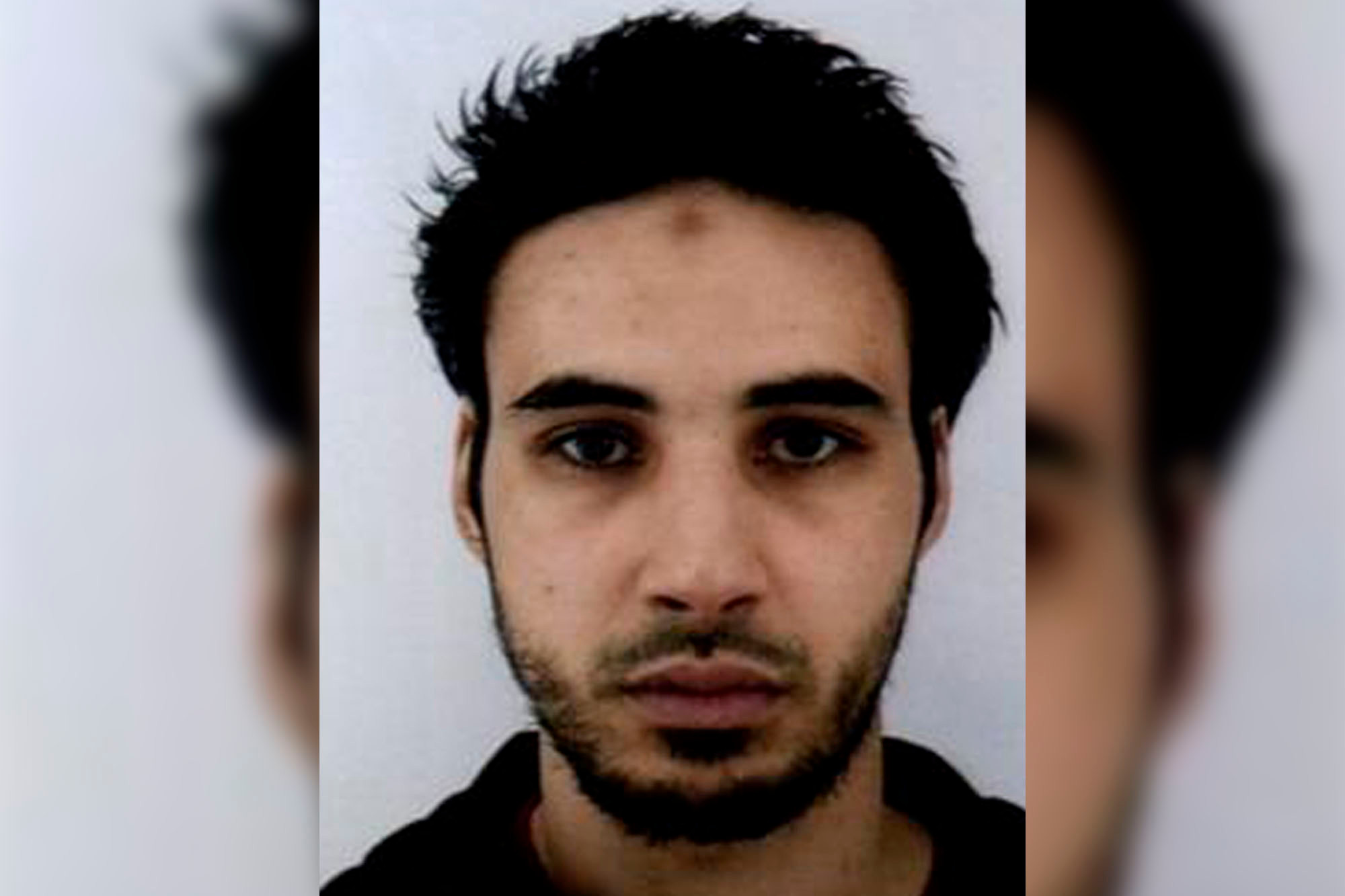 Cherif Chekatt, who remained on the lam Wednesday after a deadly rampage at a Christmas market in France, had been on police radar after being radicalized while jailed in three countries for a variety of crimes, officials said.

Police had been tracking Chekatt, a Strasbourg native and one of six siblings, who has 27 convictions on his criminal record, mostly in France but also in Switzerland and Germany, Paris prosecutor Remy Heitz said.

Chekatt also has been trailed by the domestic counterintelligence service DGSI — France’s equivalent of the FBI. He was flagged for radicalism in the slammer in 2015, when he was placed on the “Fiche S” radical watch list.

He was sentenced to prison in France in 2008 and in Basel, Switzerland, in 2013 for a slew of robberies, according to a 2016 court verdict in the southern German city of Singen.

The German robberies took place in Mainz, near Frankfurt, in 2012 and in Engen, near the Swiss border, in 2016.

A German security source told Reuters that after a conviction for aggravated theft, Chekatt had been jailed in the southern German city of Constance from August 2016 to February 2017.

He was released before the end of his two-year, three-month sentence into the custody of German authorities so he could be deported to France.

Chekatt grew up in the Cite du Hohberg, a sprawling housing estate built in the 1960s, where he lived at his parents’ apartment in the Rue Tite Live.

Neighbors said they believed his brother was a radicalized Muslim but had always seen Chekatt as a typical young man who dressed in jogging pants and sweatsuits, unlike his sibling, who preferred a traditional robe.

“He had spent quite a bit of time in prison and since then we didn’t see him much. He had a radicalized big brother who was always in a djellaba, always at the mosque,” a 20-year-old who has known Chekatt since he was young told Reuters.

“It’s frightening when you know he lived just next to you,” said the neighbor, who declined to be named.

Young men from his apartment block said Chekatt appeared to have been destabilized by his time behind bars.

Chekatt’s housing complex sits in what French police considered a “sensitive zone,” just a couple of miles from the Christmas market.

The Shrimps x Converse Collaboration Is Cute (& Affordable!) As Shell