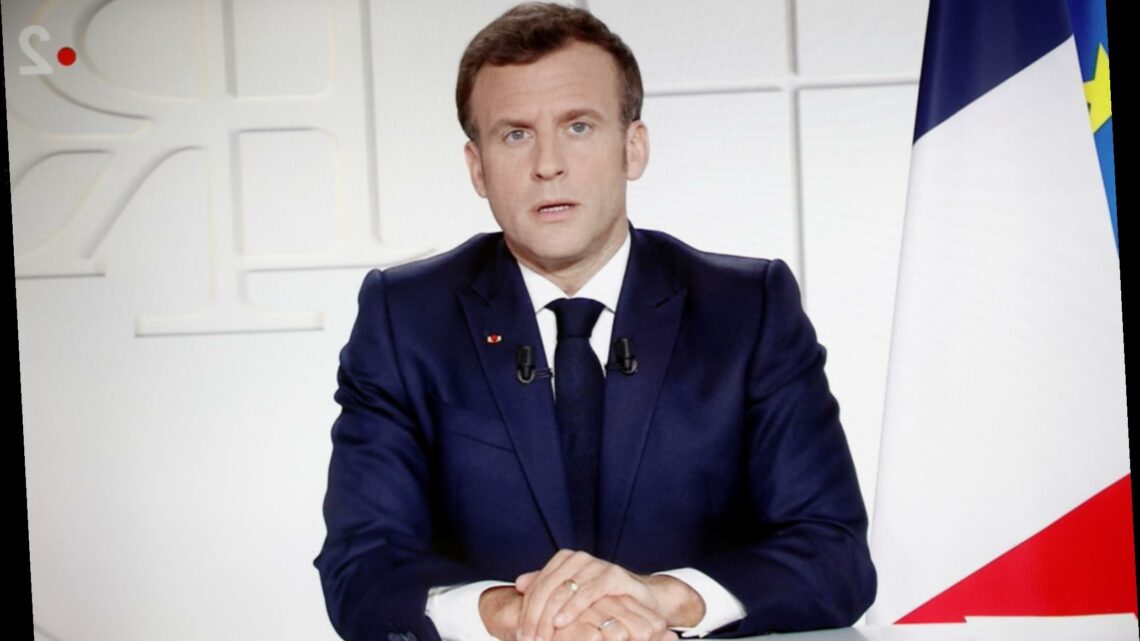 PARIS — French President Emmanuel Macron on Wednesday announced a three-week nationwide school closure and a month-long domestic travel ban, as the rapid spread of the virus ramped up pressure on hospitals.

In a televised address to the nation, Macron said efforts are needed as “the epidemic is accelerating.”

“We’re going to close nursery, elementary and high schools for three weeks,” he said, adding that a nationwide 7 p.m.- 6 a.m. curfew will be kept in place.

“If we stay united in the coming weeks … then we will see light at the end of the tunnel,” he said.

Macron said restrictions already applying in the Paris region and others parts of north and eastern France will be extended to the whole country, for at least one month. Under these restrictions, people are allowed to go outside for leisure, but within a 10-kilometer (6 miles) radius from their homes — and without gathering. Also most non-essential shops are closed down.

The move is a departure from the government’s policy in recent months, which has focused on regionalized restrictions. School closures in particular had been seen as a very last resort.

A debate is scheduled in parliament Thursday that will address the virus situation and the new measures.

“The key factor in our decision-making remains the situation in hospitals,” government spokesman Gabriel Attal said Wednesday after Macron hosted his weekly coronavirus strategy meeting and a Cabinet meeting.

After Paris hospital officials warned they would have to start refusing needy patients for lack of space, he said, “One thing is clear: France will not refuse care for any sick patients. Choosing patients is not an option.”

Previous nationwide lockdowns in March and October 2020 were announced by Macron in televised speeches.

The total number of COVID-19 patients in intensive care in France surged past 5,000 on Tuesday, the first time in 11 months that the figure has been that high. Macron on Wednesday said numbers of hospital ICU beds will be increased “in the coming days” from the current 7,000 to 10,000.

After an overnight shift at an ICU in the northern French city of Amiens, Dr. Pauline Caillard described growing numbers of patients and mounting strain on medical staff.

“It is moving very fast,” she said. “I hope we do not have to make choices” between patients.

The renewed surge of infections has led to growing questions about Macron’s virus strategies. With presidential elections scheduled for 2022, Macron is having to weigh both political and health considerations.

An overnight nationwide curfew has been in place since January and all France’s restaurants, bars, gyms, cinemas and museums have been closed since October.