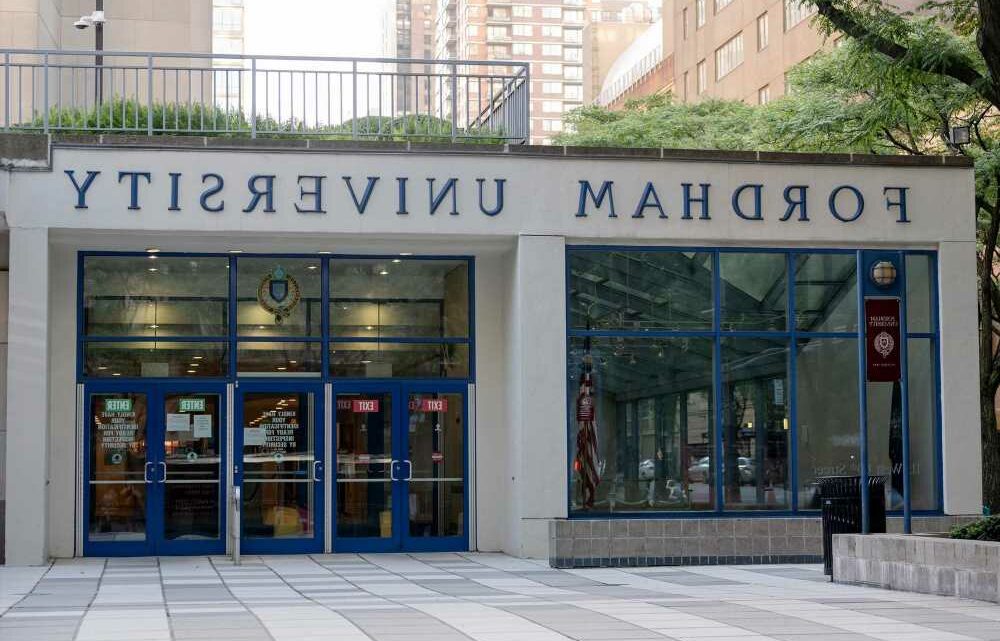 Orthodox Jewish pitcher from Long Island expected to be drafted

Fordham University allegedly covered up the rape of a gay former Naval training student — who was attacked by the son of a high-ranking military officer, according to a new federal lawsuit.

Francis Austin, 30, of Illinois, claims his “closeted homosexual” roommate — whose father was a “highly influential attorney in the U.S. Military” and a Fordham alumni — anally raped him at the Bronx college while in a Naval Reserve Officers Training Corps program in February 2011, according to the lawsuit.

“Rather than being protected by his institution, Fordham protected his assailant and took numerous steps to destroy his life,” his lawyer, Kevin Mulhearn, told The Post. “We will fight to expose Fordham’s myriad lies and fraudulent acts.”

Austin, who dreamed of working with submarines, didn’t immediately tell school officials about the violent sexual assault because the program had a “Don’t ask, don’t tell policy” — and he feared his sexuality would be exposed, according to the documents filed in Manhattan federal court last Wednesday.

When he reported the rape the following year, faculty members and administrators allegedly “mocked and scorned” him, called him “a liar” and failed to properly investigate, according to the lawsuit.

Officials also falsified documents, including an IQ test, to show Austin had a disqualifying learning disability in order to get him booted from the program, according to the lawsuit.

“[The school] engaged in a Kafkaesque campaign, using stealth, deception [and] fraud,” the lawsuit states. “Each of these misrepresentations was a grotesque lie and calculated prevarication designed to conceal Fordham’s culpability.”

The suit alleges that Austin was pushed out of the program and graduated from the school in 2013 — but didn’t learn until last year that his rape was never investigated by the university.

In an attempt to get emotional closure, he called the Catholic university and requested last year that the room where he was raped be blessed by Father Joseph Michael McShane, a Jesuit priest and the school’s president, according to Mulhearn and the lawsuit.

That’s when a university official told him there was no record that his rape had ever been investigated — prompting his own probe into his removal from the training program, the suit states.

The accused rapist is now an “unrepentant and unpunished serial sex offender, presently serving as a commissioned officer in the United States Marine Corps.” His allegedly powerful father was not identified in court papers.

“Fordham derailed his chosen career path, devalued his degree, ruined his reputation, saddled him with an unjust mountain of debt, and inflicted irreparable and severe damage to his mental health and emotional well-being,” according to Mulhearn, who said Austin now seeks “significant damages.”