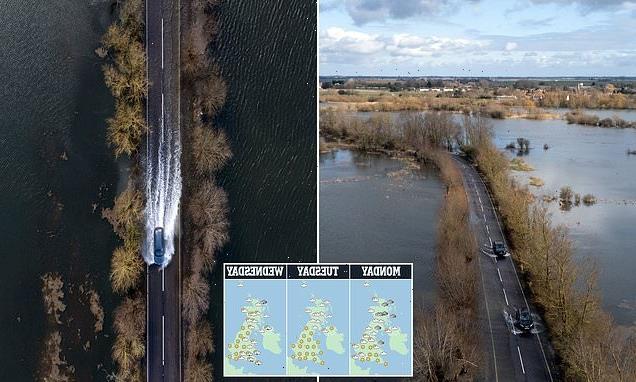 Spring is in the air! Flood-hit Britain set for sunny few days with temperatures pushing 60F by end of week

Seven flood alerts remain in place in southern England today as most of Britain enjoys a welcome dry spell after a rainy start to the day. Temperatures are predicted to gently rise throughout the week, peaking at 60F by Friday.

Cars were pictured making their way across the Hundred Foot Washes in the Norfolk Fenlands which burst its banks after heavy rainfall – leaving fields on either side of the road submerged.

Despite the rainfall in some areas, most of the country is predicted to be dry tonight with patches of frost in the north of England.

A Met Office spokesman said: ‘[There will be] isolated light showers in the south dying out.

‘Most parts dry with clear spells, especially in the north where widespread frost will develop, as well as a few freezing fog patches.’ 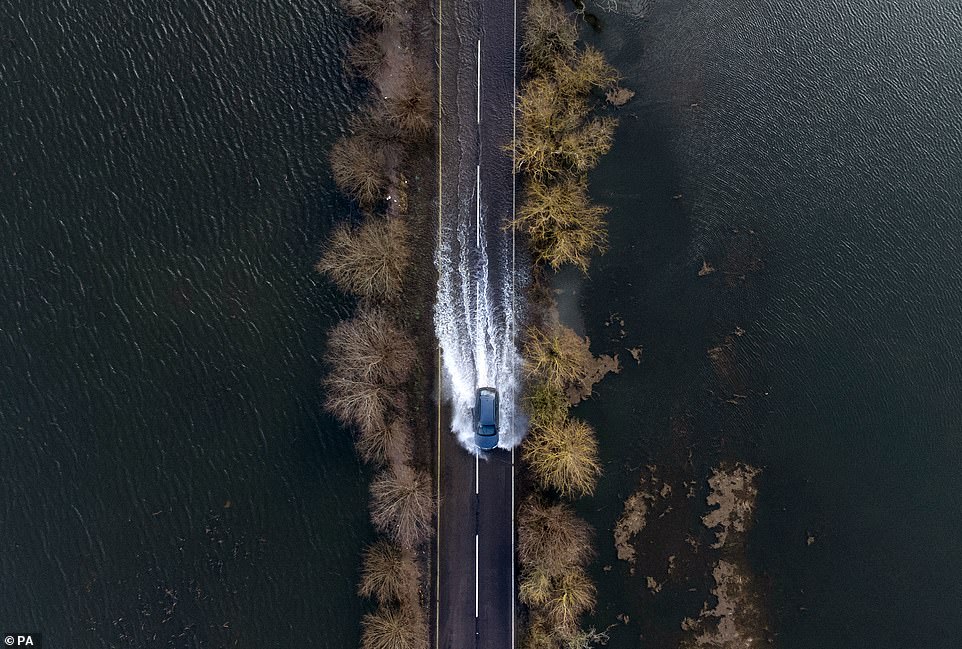 Cars make their way along the flooded A1101 in Welney in Norfolk, where the Hundred Foot Washes burst its banks 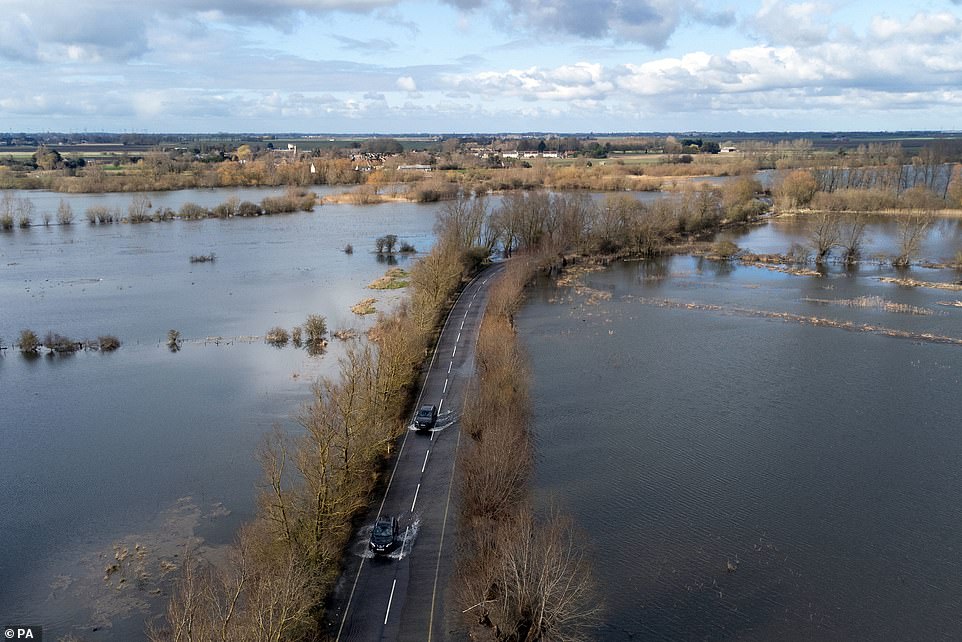 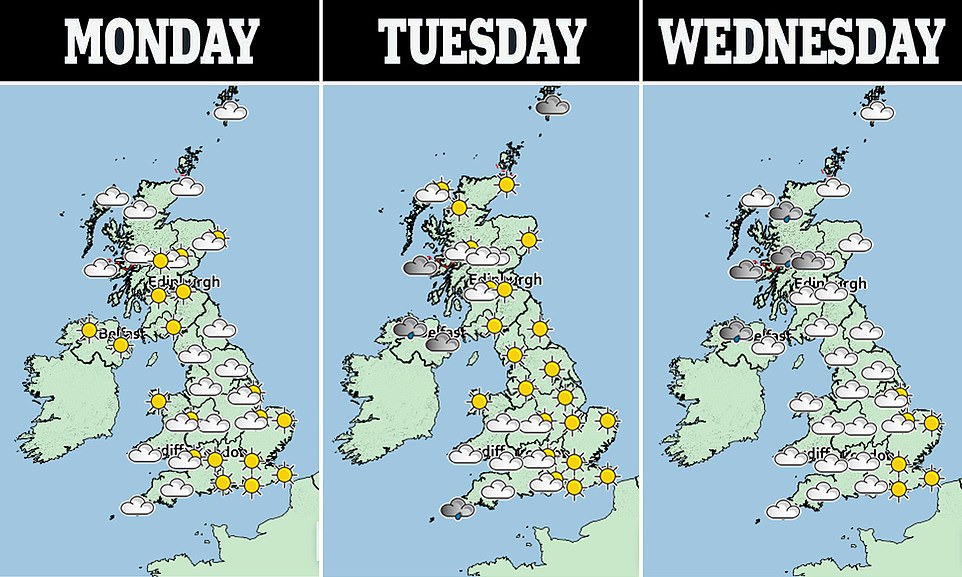 Tomorrow, the forecast is dry with variable amounts of cloud and sunny spells. Breezy across southern and western areas, making it feel rather chilly.

12 flood warnings have also been removed in the past 24 hours.

Most of the UK will be dry with clear spells across Scotland and Northern Ireland, which will slowly spread southwards overnight. 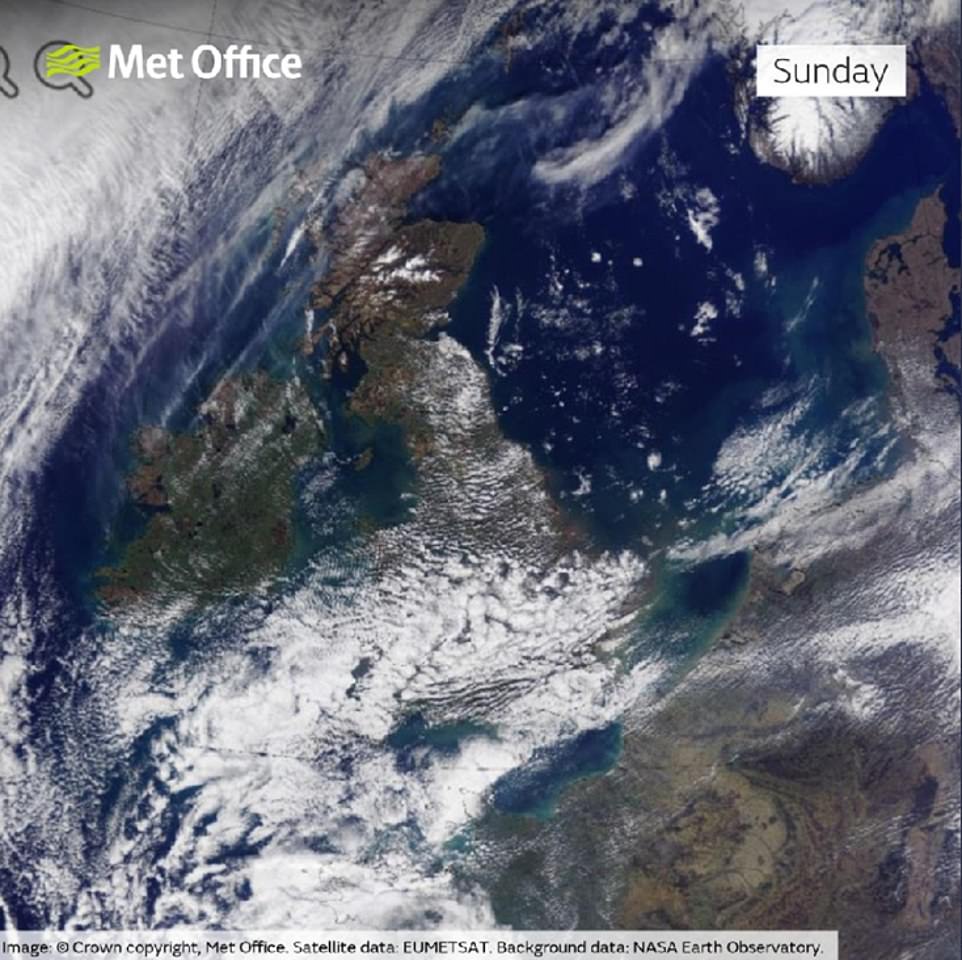 Tonight will be mostly dry with a few isolated low showers, although temperatures are expected to plummet 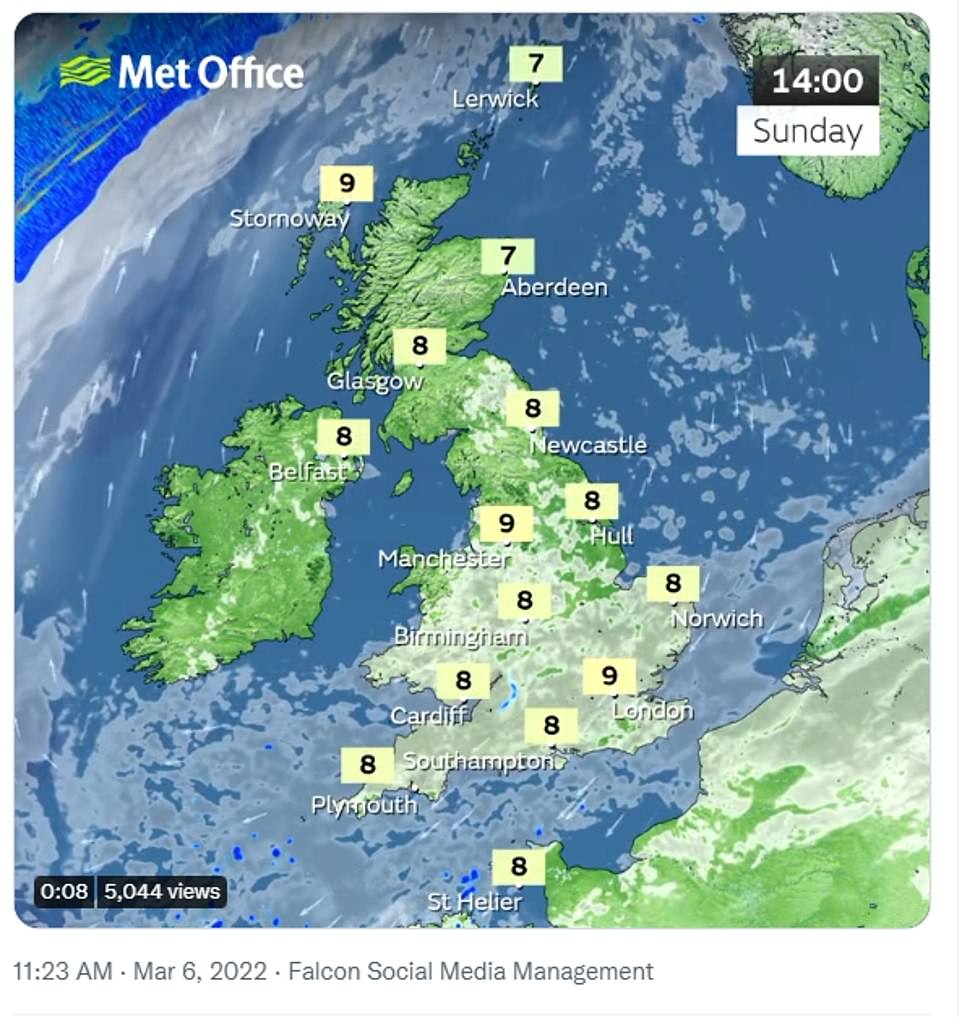 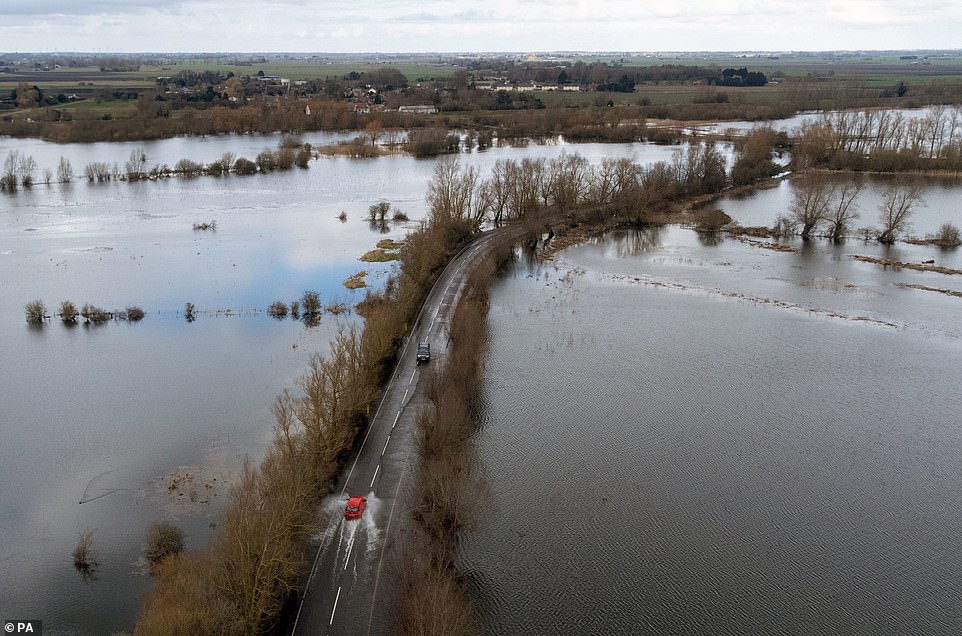 The Hundred Foot Washes in Welney, located in the fens district of Norfolk, is known for nearby wetlands but rarely are fields completely submerged after a deluge

Under clear skies, a few isolated patches of mist and fog will form although cloud will linger across much of England and Wales until dawn.

Temperatures are expected to plunge below zero degrees after midnight, with the coldest temperatures seen in Scotland and Northern Ireland.

Monday evening is predicted to be clear and dry for most areas although cloud will build into Northern Ireland and south-west Britain. Overnight, most areas will be dry and clear although isolated patches of mist will form and there is a chance of an odd shower. Areas of cloud will build across northern and western areas

The outlook for Tuesday and Wednesday is mostly dry with some sunny spells, the best of these across East Anglia. Clouds will build across Northern Ireland and western Britain bringing outbreaks of rain later. Wednesday will start dry with bright spells for most areas but thick cloud and rain will push into northern and western areas