Home » World News » ‘Fishing expedition’: How Labor stumbled across the scandal that has Perrottet under pressure

‘Fishing expedition’: How Labor stumbled across the scandal that has Perrottet under pressure

In many ways, the John Barilaro trade appointment saga is an accidental scandal. Upper house MP Daniel Mookhey, NSW Labor’s treasury expert, was on a fishing expedition when he sought documents outlining the recruitment process for the state’s six newly created senior trade and investment commissioners.

Using the powers of the upper house late last year, Mookhey asked for all available details on the lucrative overseas roles, including expenses for the trade offices, from rent and office equipment to flowers, wellbeing programs, school fees and parking fines. 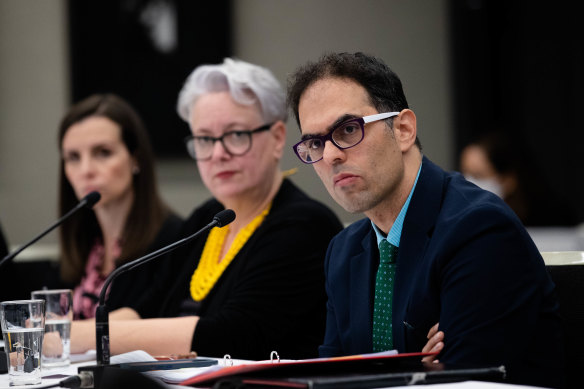 Despite his political nous, Mookhey had no idea how important those documents would prove to be more than six months later when Barilaro was appointed to one of the very roles the former deputy premier created.

Since Mookhey’s initial call for papers, there have been more 10,000 documents running to 30,000 pages produced under parliamentary order to the upper house. The papers have been integral in exposing a hugely damaging scandal for the NSW government, which has claimed the scalp of former trade minister Stuart Ayres, forced two separate inquiries and left the Coalition severely wounded.

Labor’s interest in the trade commissioner roles was first sparked last year, when rumours swirled that the recently deposed opposition leader Jodi McKay was in talks with the state government about the commissioner role in India. The rumours made sense.

McKay had strong ties with the Indian community in her electorate and few in Labor believed she would stick around in politics once the leadership was no longer hers. McKay was also known to have a good relationship with then trade minister, Barilaro, who was responsible for the new trade commissioner roles. 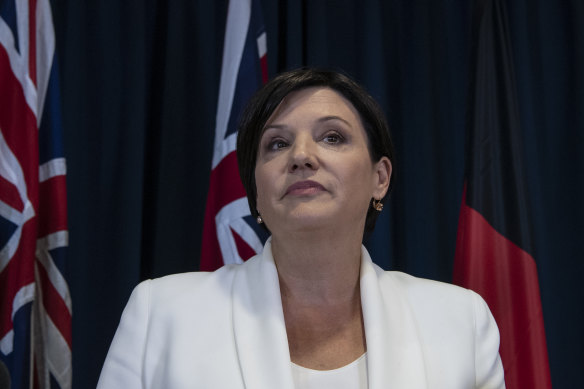 At a COVID-19 press conference on September 1 last year, then premier Gladys Berejiklian was caught off guard when she was asked if the government had discussed the India trade role with McKay. Berejiklian hand balled the question to Barilaro, who was by her side.

Barilaro did not deny talks with McKay: “As the trade minister in NSW I can say that we are always looking for candidates. We are going through a process at the moment.

Barilaro’s response further fuelled Labor’s suspicions. The party did not relish a byelection in McKay’s marginal seat of Strathfield and was also convinced the Coalition had its sights on it. Senior MPs and staffers started doing some digging into the trade jobs, which newly elected Labor leader Chris Minns had concerns about. Minns could not see the benefit of NSW having such roles.

One month, after Berejiklian’s shock resignation, the new premier Dominic Perrottet was also pressed on a possible McKay appointment: “Are you considering appointing Jodi McKay as a trade envoy?” No, was his response before adding: “There are always discussions, and I for one, believe that former members of parliament make good ambassadors and trade commissioners.

“I think it is a role that politicians, as unpopular as this may sound, that’s a job that, I think, is well suited to former politicians and people who have provided years of service in public life should certainly be in the mix. But in terms of those appointments, they haven’t come before the cabinet.”

After a late Friday afternoon announcement in June this year, which revealed Barilaro had snared the plum New York trade commissioner’s job, Minns was in his electorate of Kogarah with Mookhey for a budget-related press conference.

Minns relayed to Mookhey that voters had approached him unprompted at his street stall to raise the Barilaro appointment, which had been reported in the media that day. The pair quickly decided that it was an issue that had to be pursued with rigour. 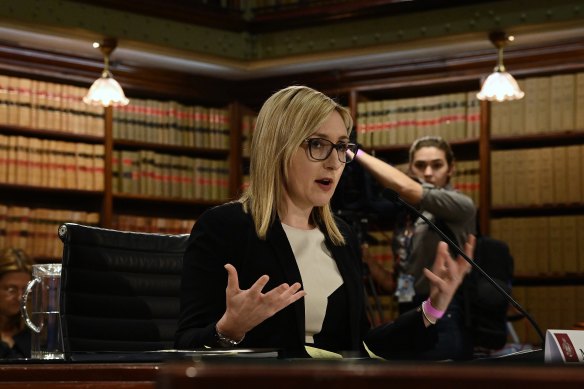 Within 24 hours, Mookhey and Labor’s leader in the upper house, Penny Sharpe, had referred the matter to the public accountability standing committee, which has a non-government majority, for an inquiry. Two more Labor frontbenchers were recruited to interrogate the trade appointment, John Graham and Courtney Houssos. Greens MP Cate Faehrmann chairs the inquiry.

“We took another look at those documents,” Mookhey says of the papers already in his possession. “We saw references to a mystery ‘preferred’ candidate at the bottom of some email chains from August last year. Yet by December, mention of this mystery candidate had all but disappeared.” These were the documents that revealed senior bureaucrat Jenny West had already been offered the job that Barilaro ultimately secured. Others also revealed that Barilaro, in fact, asked that McKay (and former Liberal minister Pru Goward) be interviewed for a trade role.

Mookhey, who has also prosecuted other problematic issues for the government (and Perrottet) such as the mass underpayment of injured workers exposed in the Icare scandal, admits the opposition stumbled across the trade appointment saga.

The first witness the inquiry called was the bureaucrat responsible for appointing Barilaro, Investment NSW chief executive Amy Brown. A parade of witnesses followed, including Jenny West – who was offered the New York role only to have that offer rescinded – and the public service commissioner Kathrina Lo, who was an independent member on Barilaro’s selection panel. Barilaro was also called. 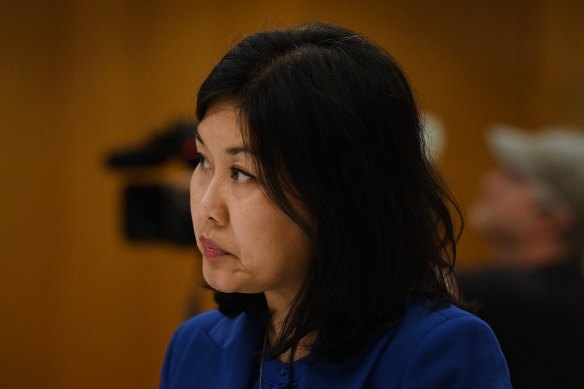 Public Service Commissioner Kathrina Lo was expected to be a friendly witness for the government.Credit:Kate Geraghty

The evidence has been hugely damning for the government, although Perrottet has dismissed the inquiry as little more than a political hit job.

One senior minister said the public service commissioner was assumed to be a “friendly witness” for the government. However, the experienced public servant delivered a searing assessment of the process that saw Barilaro appointed, with Lo saying she would never have signed off on a final selection report if she knew then what she knows now.

Brown also conceded that despite his denials, Ayres was not “at arms length” from the process, despite his insistence that he had no role. West, in her evidence, claimed she was told that the New York job would be a “present for someone”.

A NSW Labor senior source says the opposition has forensically reviewed all the documents, pursued questions in the inquiry and created a slow-burn scandal for the government. The source, who spoke on the condition of anonymity, said the inquiry was a “dress rehearsal” for government.

“We have the best team on the park for this and Daniel Mookhey is shaping as the Macquarie Street version of John Faulkner as interrogator-in-chief,” the source says.

However, Coalition committee member Nationals MP Wes Fang, is scathing of the inquiry. He says it was designed to destroy Barilaro and has not uncovered any wrongdoing.

“It is a political hit job in circumstances where the opposition and crossbench have the numbers on the committee using what should be extraordinary powers of parliament to political assassinate John Barilaro,” Fang says. “This is not an impartial committee, there has been no procedural fairness with this inquiry.”

Barilaro was due to appear at the inquiry for the second time on Friday, but cancelled due to poor mental health. His friend, Mental Health Minister Bronnie Taylor said Barilaro had not been treated fairly by the inquiry, which took three weeks to call him to give evidence.

“This constant, constant attention on him. Him waiting three weeks until he was able to give his side of a story at an inquiry. I say to you and I say to anyone out there, how would that make you feel and how do you think you would manage with that?” Taylor said on Friday.

Taylor praised Barilaro for always being “very open” about his own struggles. “So I respectfully say to everyone, he has been very honest and very open, and he has put his case forward. He deserves correct process. He deserves independence [and] respectful behaviour,” she said.

Barilaro will, however, still be expected to appear before the inquiry once he is well enough. Meanwhile, Labor has uncovered more problems for the government in its trove of documents. Next in its sights is another potentially problematic trade role, the agent-general in London, which will also be interrogated by the inquiry. The saga has a long way to run.

Is the Mohawk Hairstyle Cultural Appropriation? It's Complicated
World News